Skip to content
Maldives > Strangulation by bureaucracy: the Maldivian case

Strangulation by bureaucracy: the Maldivian case

The country has found an efficient method of controlling media coverage of the 2018 presidential election. 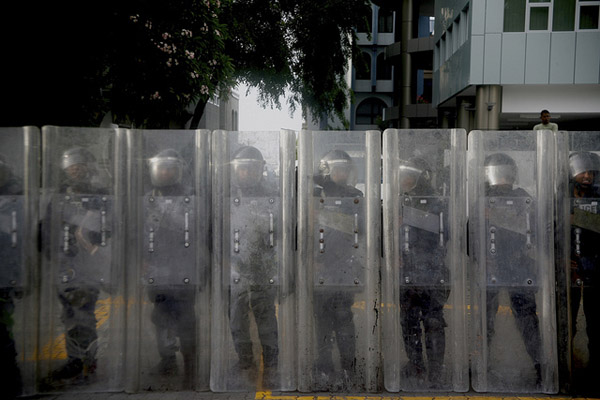 In the run up to its presidential election on 23 September 2018, the Maldivian authorities have found an efficient system of controlling media coverage of the event. It’s not just the regular, run-of-the-mill censorship through denial of visas and accreditation, but an extremely efficient method involving a prolonged and complex process of providing accreditation and visas.

This method has multiple advantages compared to the old-fashioned censorship tropes, the foremost being that when the visa has not been formally denied, the government cannot be criticised for stopping journalists from entering the country. The second advantage is that since the process is so convoluted – it includes asking journalists for police certificates, bank-account statements and a Maldivian sponsor – visas can be denied at the last minute citing some paperwork infraction, which the journalist may not even be aware of. The third is that it has forced many media organisations without deep pockets – as is the case with most independent voices – to cancel their travel plans, due to delays and uncertainties. The last advantage – and this is really the icing on the cake – is that reporters and organisations hoping to get a visa will undoubtedly exercise self-censorship, or at least mute their criticism, while they wait for the visa.

This new method is preferred by a variety of authorities, ranging from the autocratic and authoritarian to more benign governments, to control critical media. We ourselves have been beneficiaries of this new trope – when we were forced to suspend publication in Nepal – and have termed it ‘strangulation by bureaucracy’. Remember, you heard it here first!

~ Read the who’s who of the 2018 presidential election in the Maldives.

~ Check out our Blacklist – a database of journalists, activists, researchers and scholars who have been denied entry to or exit from Southasian countries.