Girja Kumar’s book on the Indus and the cultures tied to it obscures a tremendous wealth of interconnected histories and beliefs. 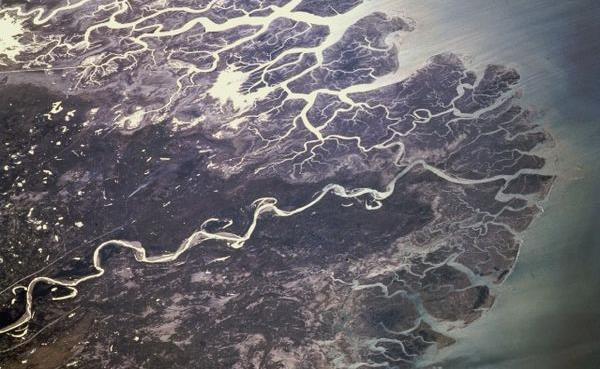 It has been found that most ancient communities shared deep-seated, multifarious and intricate links with rivers. Rivers have been the life-blood of civilisations, spawning them for time immemorial. Every riverbank endures the footprints of myriad different lives. Rivers have been of utmost importance to everyday human life due to the simple fact that they are sources of water, locomotion, trade and livelihoods. The multitude of ways in which humans interact with rivers makes them much more than just waterways. It is this realisation that induces immense respect for rivers in several societies.

Going beyond sustenance, rivers have also been sources of inspiration for creativity, symbols of enlightenment, sites for cultural activities and spiritual discourses. Intrinsic components in all rites of passage from birth to death, rivers seem to invoke both celebration and sorrow. So much a part of both the mundane and the sublime, they are simultaneously taken for granted, and deeply revered. This is especially the case in the Subcontinent, where rivers are elevated to the status of goddesses.

We find in cities today a trend of looking at the past to find one’s roots in order to combat the alienation and rootlessness that urban and cosmopolitan sensibilities sometimes foster. Several books have been written in this vein: Empires of the Indus, The Lost River, and my own, In Search of Yamuna. The Indus People by Girja Kumar also responds to this mood of journeying into the Subcontinent’s history to uncover the shared roots of India and Pakistan, which have more in common than either nation-state might want to believe. It is a cultural history of the north-western part of the Subcontinent, without viewing India and Pakistan as two separate countries but as a region watered by the Indus, and a civilisation cradled by the culture cultivated along and around this river. The main aspects of culture that this book touches upon are the Saraiki language accredited to the Indus basin, the Sufi-Bhakti cult, the legend of the Mahabharata, the Vedic and Sikh religions, and the various Punjabi communities and castes.

Attempting to trace this shared culture of language, literature, philosophical and spiritual discourse back to the Indus River, the book falls short of drawing substantive links between these different aspects and the river. While discussing the Indus, the book does not address how people of this region derive their identity from it, nor how the philosophical traditions and languages mentioned in the book are linked with the river. While discussing the Sufi-Bhakti cult, Kumar ignores the river’s significance, as he does while discussing Saraiki identity. Failing to link concepts of language, culture, religion and region with each other and with the river, the book leaves the reader with several characters but no story of how they meet.

Simply bad scholarship
This dearth of connecting lines runs throughout the book. Kumar repeatedly refers to geographical regions, rivers and unheard of places, but the absence of maps is conspicuous. The lack of these and other key details in the text leaves readers with no way of contextualising the information that is provided. In a few instances, these details are mentioned in passing at a much later stage and in an arbitrary fashion. There is a constant need to locate these spaces, people and languages in current geo-political spaces, with current names of those locations and languages.

Not only is there a lack of connections and contextualisation, but the information that is provided about the river, languages, saints and religions is very sketchy, arranged out of chronological order, repetitive and often irrelevant. The descriptions are customarily non-academic and superficial. This makes the entire narrative rather incoherent and fragmented, as the author skips from discussing the Mahabharata to the Baloch tribes, and then suddenly to Saraiki and back to the Indus. This jumping between the river, language, people and religion is a mark of this book as it happens in nearly every chapter, with less than a page devoted to each. In this constant back and forth between a set of four or five concepts and several time zones, the reader is left with pieces of unrelated information, scattered facts and disjointed ideas, which one doesn’t know how to piece together. Several subjects appear out of nowhere, as with the Mahabharata, as no attempts have been made to draw an association between it and the language and culture discussed in the book. One wonders why so many chapters have been devoted to the Mahabharata even though it has not been woven into the general theme of the book.

The section on the castes and communities of the Punjab is surprisingly comprehensive, at least for the lay reader. An ethnologist would, however, be in a better position to comment on the data and the inferences drawn. The sections on Sufi and Bhakti cults, although extensive, are approached in a way that, instead of giving one holistic picture of the philosophies and ideas of the cults, deals with each saint separately and offers almost the same account about each one. The reader would perhaps prefer to learn more about the ontology of these cults than the characteristics and personalities of each saint. Here, Kumar also seems to have no qualms about presenting his personal opinions as facts, assuming history to be neutral. This leads him to make sweeping statements on several occasions.

He also appears oddly preoccupied with trying to categorise the saints as Hindu or Muslim, which defeats the very purpose of any discussion on Sufi-Bhakti cults, which consciously chose to transcend religious boundaries. Moreover, the author’s own bias towards Vedantic thought is revealed many times in recurrent statements about Vedantic influence on Indian Sufism – perhaps as a deliberate attempt to attract Hindu audiences. Such a notion discounts the theory that ideas present in Vedantic philosophy pervaded Islamic thought from before its entry into India, and that these are what the Sufis drew from. The discussion on Bhakti cults in other parts of the country seems somehow misplaced, especially considering that the author could more appropriately have juxtaposed them with the developments in Saraiki literature and Sufi cults in the Punjab. Since the book is defined by rivers, it would be interesting to see how Bhakti traditions comprehend the Yamuna (in Krishna-related poetry) and Sufi traditions relate to the Indus (which is worshipped by Hindus and Muslims alike as the Zinda Pir, or the ‘Living Saint’). This too, however, has been strangely omitted.

Often, names of people and places are mentioned without any explanation, description or history, as if the reader is expected to be familiar with them already. It also leads to a casual writing style, where vernacular words are neither italicised nor translated, jargon is not defined and explained, and context is overlooked, rendering the book more an anthology of Kumar’s opinions, strung together without foundation. He presents the Mahabharata as history, without clearly stating at the outset that this is his belief. There are almost no citations, which is bizarre for a book on history and geography, and the author presents numerous pieces of data as if they were products of his own research.

It is impossible to miss the frequent spelling, punctuation and spacing errors, betraying the text’s lack of editing and proofreading. It pans out as less of an academic engagement with the subjects at hand and more of a drawing-room discussion, with the purpose of reminiscing about the Punjab that was, and writing an ode to it. It also leaves one speculating on what the book is really about – what is the author trying to tell us about the Indus basin? Amid scattered bits of information, the purpose of the book is lost and the title seems misleading – the Indus rarely serves as a common denominator. After reading the entire book, one may still be unsure of exactly what the difference between Saraiki and Punjabi is, whether Saraiki is still spoken in its original form, why there has been a recent upsurge in Saraiki identity, how is the language linked with the Indus, and what the river’s place is in Saraiki culture.

For a book to be a biography of the Indus and its people, certain elements are vital – the river’s geographical and ecological details, its history, the myriad cultural perceptions held about it, the cultures and religions of the people it sustains and its role in their lives. The historical journey should take the reader on an odyssey that cruises chronologically through the Indus Valley civilisation, Vedic civilisation, the drying up of the Sarasvati and its impact on Indus cultures, the post-Vedic shift towards the Ganga basin, new languages and religions arriving after foreign invasions, finally leading to the Sufi-Bhakti cults and their linkages with Saraiki. This could end with a discussion of the recent upsurge in Saraiki identity, and the place of the river in Saraiki and Sufi culture today.

This book’s subject matter is of great significance at a time when several works on the region’s rivers are emerging. Kumar’s treatment unfortunately lacks finesse. This book could have been a great work: unravelling the common Punjabi heritage of India and Pakistan, dating back to pre-Vedic times and all the way up to Sufism and Sikhism, connecting these with the Indus, thereby establishing the nuanced relationships between civilisations and rivers, going beyond political frontiers. Although this book attempts to do so, it doesn’t deliver, and so the fluvial histories of Saraiki and Sufism are yet to be unveiled.

~ Sarandha is the author of In Search of Yamuna: Reflections on a River Lost (Vitasta, 2011). After working with the Centre for Science and Environment, she is currently a research scholar at the Centre for Studies in Science Policy, Jawaharlal Nehru University, New Delhi.

The other side of Bhutan

The death of a book bazaar

Delhi’s beautification drive comes at the cost of a historic Sunday book market.

Creating an audience from the void