Modernity’s magnetism and the rage of rejects

A review of Pankaj Mishra's 'Temptations of the West: How to be modern in India, Pakistan, Tibet and beyond'. 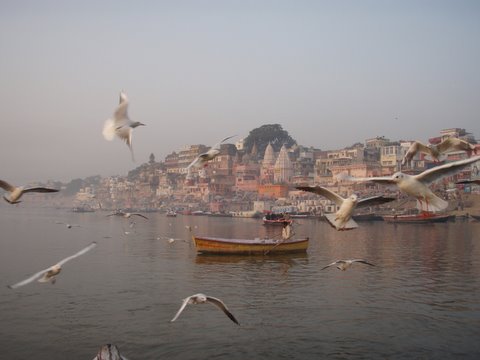 Ways of interpreting ‘modernisation’ in the West differ from the ways it is understood elsewhere. In the West, modernisation is seen as the triumph of rationality over tradition. But for the rest, traumatised by experiences of colonialism in direct or indirect forms, modernisation is not what Westerners think or say, it is what the colonial masters did and their progenies still do. Modernisation is a synonym of Westernisation – or worse, ‘Westoxication’, a term Iranian scholar Ahmad Fardid coined to depict minds “plagued by the West”.

In trying to explore ‘how to be modern in India, Pakistan and beyond’, Pankaj Mishra has consciously ignored the urge of emancipated serfs to ape their former masters. He begins instead in ‘An Area of Darkness’, with all its Naipaulian allusions, at a time of turmoil wrought by repeated failures in replicating the European enlightenment, the European industrial revolution, and the European political experiments of Fabian Socialism, Marxism, Leninism and fascist Nationalism.

Mishra’s Benaras reeks of decadence: an opium-addict, Panditji, in a half-derelict house; a scrawny boy who throws grenades at his former tormentors; a Brahmin student who loves Gandhi, hates Nehru, reads Faiz but is a contract killer. As the author absorbs the absurdities unfolding all around him, he reads the American literary critic Edmund Wilson to maintain his balance – and perhaps to prepare himself for membership in the select club of literati that prosper by pandering to the prejudices of the West. Some day, V S Naipaul is going to be blamed for inspiring a whole horde of what Gandhi once dismissed as “literary drain inspectors”.

The book’s chapter on Allahabad is written with feeling, and succeeds in capturing the mysteries of modernity in a stagnant society. Politicians of Prayag – both practising and wannabes – hope to achieve success in life. The model they have was given to them by the British, improvised upon by Jawaharlal Nehru and perfected by Indira Gandhi. It is based on the supposed glory of Mauryan or Mughal India, which can once again be achieved if only everyone follows the rescriptions of the Empire – of London or New Delhi – without questioning its intentions, instruments or methods.

Long after the yoke of colonialism has been cast off, its scars remain, most prominently on the psyche of the colonised population. The politicians of Prayag are politically free but psychologically shackled: they want to get ahead in life and then stay there at all costs. The author attributes this proclivity to status anxiety. That is part of the explanation, for sure. Missing from Mishra’s account is the sentiment behind the alternatives that Gandhi and Jayprakash Narayan espoused, but that have never been tried by any of the mainstream parties: being true to oneself is the only guarantee of longevity in politics.

Mishra’s chapter on Ayodhya is a politically correct, left-liberal interpretation of an important stage in the evolution of militant Hindutva. But it has neither the passion of a committed activist nor the detachment of an outside analyst. His explorations of Bombay and Bollywood are equally weak, lacking the sensitivity inherent in his experiences of Benaras and Allahabad. The author traverses the metropolis with the impatience of a reporter on an inflexible deadline – much of the research is done in advance, meetings are kept to a minimum and character profiles are impressionistic, lacking deep background or fresh insights.

The second part of Temptations of the West begins on a bleak note. The massacre of 35 Sikhs in 2000 at Chitsinghpura has never been convincingly explained. Mishra takes unsuspecting readers into the labyrinth of insurgency and counter-insurgency, in a region that continues to carry the brutal legacy of a leader without ideology (Sheikh Abdullah), a king without values (Maharaja Hari Singh), a statesman without convictions (Jawaharlal Nehru) and a “pork-eating barrister from Bombay” who does not need to be named.

But even here, the author sometimes gets carried away by the prejudices of his target audience. A sentence such as, “The Pakistani army itself was infiltrated by Islamic fundamentalists; and the possibility of these fundamentalists seizing political power in a nuclear-armed Pakistan is ever present” may sound fine to a reader of The New York Review of Books or The Times Literary Supplement, but to a sceptical Southasian the London-based author needs to offer a little more by way of explanation for audacious observations such as this one.

Collusion of conflicting emotions is the central theme of the chapter on Pakistan. This is a country that was once imagined as the secure homeland of all Indian Muslims. It has turned out to be one of the most unsafe places in the world, including for the Muslim citizenry. Iqbal dreamt of fraternity, but the country he inspired into being is known for extreme fractiousness. Jinnah hoped for a Muslim-majority state administered in a secular manner, but the society he left behind is notorious for flashes of fanaticism. It is difficult to say what really went wrong with one of the biggest experiments of political engineering in human history – tearing apart a common culture and shared civilisation to create two unequal countries – but it is definitely not what the Harvard political scientist Samuel Huntington calls the ‘clash of civilisations’.

Mishra captures the bewilderment of common Pakistanis through characters he catches off-guard – the frustrations of a sub-editor in Peshawar, the rage of a retired army general in Rawalpindi, the disenchantment of a former serf in Karachi. Their stories reveal the fragility of a state caught on the anvil of obscurantism as the hammer of modernity pounds incessantly.

Despite the risks taken in reporting from a conflict zone, stories from Afghanistan often lack the authenticity of firsthand accounts. Some of Mishra’s factoids are indeed interesting: “Afghanistan … supplied 87 percent of the world’s heroin,” “28 out of the country’s 32 provinces now grow poppy,” and “the CIA was complicit in the drug trade.” But so what? This chapter needs a premise to give meaning to diligently compiled details.

The chapter on Nepal is quintessential parachutism – reporting done on the run so as not to miss the fleeting interest of a Western audience in a country before it falls off the map. It has all the works: conversations with a businessman in touristy Thamel, an encounter with the father of the progenitor of armed insurrection in idyllic Chitwan, and the roar of former US ambassador Michael Malinowski: “These terrorists, under the guise of Maoism or the so-called ‘people’s war’, are fundamentally the same as terrorists elsewhere – be they members of Shining Path, Abu Sayaf, the Khmer Rouge or al-Qaeda.”

What redeems the Nepal section, however, is even weaker account of Tibet in the last chapter of the book, dismissed simply as ‘A Backward Country’. Temptations of the West appears to be a collection of rehashed articles previously published elsewhere. The connecting theme of modernity appears to have been superimposed as an afterthought.

Fred W Riggs, the International Relations professor who coined the concept of a ‘prismatic society’ evolving on the threshold of tradition and modernity, uses the terms ‘ortho-modern’ and ‘para-modern’ to refer to the aspects or repercussions of modernisation considered to be positive and negative respectively. He says:

We have yet to see, I think, that the negative consequences of modernity, its para-modern aspects, are as much a product of modernisation as the ortho-modern achievements which we justifiably celebrate. In popular usage, ‘modernity’ refers only to ‘ortho-modernity,’ and the ‘para-modern’ consequences of modernisation are viewed as residues of traditionalism. We still need to learn that the para-modern is truly modern – the dark side of the moon is as lunar as the bright side. From its early beginnings, the para-modern and the ortho-modern have been linked and both are equally ‘modern’. This point is so important that it bears frequent repetition.

In Temptations of the West, Mishra shows the ‘para-modern’ part of modernity without understanding the processes at work in Southasian societies. That is just as well, because when the author is brilliant when he shows rather than tells, but his tales turn out to be tiresome. The pathos of the seemingly distracting description of the jade-green shawl of a grieving mother in Chitsinghpura leaves the reader shaken. In comparison, Mishra can also repeat clichés, such as: “Tibetans now confront a dissolute capitalism: one that seeks arrogantly, and often violently, to turn all of the world’s diverse humanity into middle-class consumers.”

Naipaulian parallels with the plot notwithstanding, much of Mishra’s prose is laboured, a distinctive mark of writers who have learned English as a second language and are overeager to display their mastery over the masters’ phraseology. Mishra’s Southasian cows are emaciated, dogs mangy and every human character best exemplified by his flaws. Had these stories been woven into a novel, it would have been a riveting book. But in the form of non-fiction, the book has too much detail and too little insight to make it an interesting read. But the curry-kebab crowd in the West will undoubtedly love Temptations: it is conveniently middle-brow, affirms prejudices and leaves the status quo unquestioned. It has already been declared “a very good and original book” by a haughty Economist reviewer. A more critical reader is left to wonder, however, what is so original about blaming the victim for the pathologies of colonialism; Orientalists have been doing it for centuries.