Skip to content
Reviews > From muhajir to mujahid in Azad Kashmir

From muhajir to mujahid in Azad Kashmir 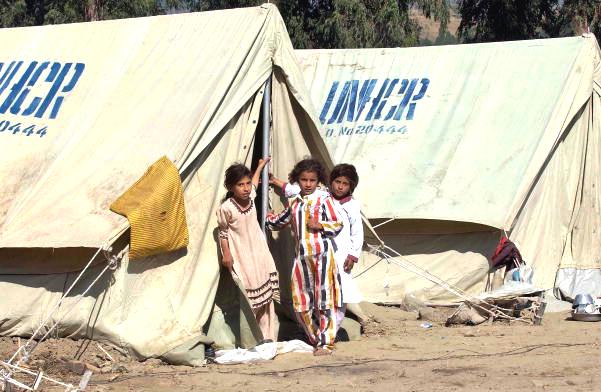 The scholarship on the dispute regarding Kashmir has of late become, as noted by the Southasian scholar Chitralekha Zutshi, “a veritable industry”. For forty years, from the 1950s to 1990s, much of this industry concentrated on Indian and Pakistani claims on Kashmir. Since then, scholars from a range of social science disciplines have joined historians to focus on ‘people-centred’ narratives – a documentation of daily life in Kashmir. This has resulted in a new strand of literature that seeks to transcend the peculiarities of the region’s geopolitics by going beyond the bloodshed and the bitterness generated by the region’s unrest over the years. These works employ an array of unorthodox sources in an attempt to break open the dynamics that have underpinned Kashmir for centuries. Taken together with the increasing production of fiction, poetry and cinema, the trend represents a turn away from the concentration on political and territorial aspects of the modern dispute per se, and towards the myths, memories and histories associated with the region.

Nevertheless, until recently, there remained a curious gap in this scholarly sweep: a comparative lack of literature on Pakistan-administered Kashmir. In a welcome development, a new book, Body of Victim, Body of Warrior by Cabeiri deBergh Robinson, has attempted to fill this gap. The book is a fascinating work that makes use of these innovative new ways of understanding the Kashmiri narrative. It traverses a wide range of conceptual planes, drawing upon a wealth of recent scholarship on Islamic philosophy, human rights, Partition, refugees, and contemporary jihad to explore the intriguing transformation, starting in the 1990s, of many Kashmiri Muslims from refugees to religious warriors. In examining this journey, Robinson ultimately comes to privilege personal relationships and political context over traditional Islamist networks and religious institutions as the key features in the creation, mediation and sustenance of jihad in Kashmir. Her book is an outcome of many years of extensive participant observation, life-history interviews and archival research conducted in Kashmiri refugee communities in Muzaffarabad, Mirpur, Murree, Rawalpindi, Abbottabad and Mansehra between 1999 and 2008. She utilises government refugee records, jihadist pamphlets, memoirs, lectures and songs as sources to compliment her ethnographic research. In doing this, she skilfully interweaves historic narrative with ethnographic research to create a unique and valuable look into the daily lives and modern condition of those living in what Pakistan calls ‘Azad Kashmir’.

As is often the case with works covering contested historical grounds, Robinson is careful to clarify the intended purposes of her book. She is not focussed on the political leadership or the political goals of the militant movements. She does not want to argue that the Muslim refugees in Azad Kashmir are the only victims of violence, or that they have not perpetrated violence upon others. Her main objective, she explains, is to question the role that Islam plays in processes of social and political transformation. As such, she distinguishes herself from existing as well as emerging studies on Azad Kashmir that largely examine the region through the lens of the interests, intentions, influence and involvement of Pakistan.

Interestingly, Robinson says in the introduction to her book that she “did not set out to study militants at all” but “refugees and victims of the Kashmir conflict”. She began her research convinced that peacemaking in Kashmir hinged on an understanding of the ways in which violence had been etched into the political culture of Jammu and Kashmir, likely an outcome of her background as a professional humanitarian worker in 1995-96 among men detained and interrogated for anti-Indian insurgency in India-administered Kashmir. However, in doing this, she came to realise that it was impossible to work among refugees without engaging with militants. After all, “The long history of conflict in Kashmir has made many victims and many perpetrators, and many who are both victims and perpetrators.” Running through the book, then, is this ‘doubleness’. Robinson asks, who is a muhajir (refugee), and who a mujahid (warrior)?

Shifting focus away from Islam
The book is organised around three historical transformations in the political culture of Azad Kashmir between 1947 and 2001. The first is the transformation that came about as a result of Partition and the dispute in Kashmir that followed, where, for the first time, the idea of what it meant to be a refugee became blurred. Robinson demonstrates that the forced dispersal in the wake of the armed conflict in Kashmir during this time led to the notion of a ‘Kashmiri refugee’ in Pakistan-administered Kashmir as well as Pakistan, and points out the ironic condition of those who came to be considered ‘refugees’ in their own homeland. Kashmiri refugees were considered distinct from the ‘Partition refugees’ of Punjab and Bengal who were rehabilitated, and their property was not part of the evacuee property available for resettlement. Beginning in the 1950s, refugees in Azad Kashmir slowly began to emerge as political subjects with rights, duties and claims on political institutions in Pakistan, India, and the province of Azad Kashmir. Their legal and political recognition created a democratic identity as well as an electorate, and set limits on the coercive powers of the Pakistani state.

The second transformation began in the 1990s, when status of the 1947 refugees became additionally complex as it underwent a further, contested – and as of yet incomplete – change when a new wave of Kashmiri refugees entered the spotlight in the wake of an outbreak of violence in the India-administered Kashmir Valley. This time, in order to attract attention from the international community, the jihad in Azad Kashmir sought to draw upon human rights discourse and concepts like justice, rights and obligations, while at the same time retaining an Islamic vocabulary. Personal narratives from this period suggest a need to “respond to experiences of violent transgressions” of the Muslim self and sovereignty. Jihad then became not so much a political and religious movement as an expression of personal struggle. The rape and molestation of female family members and experiences of torture were prominent reasons for many refugees becoming mujahids. Robinson demonstrates how becoming a militant did not mean leaving or not having a family; rather, it was these family obligations that fed into the armed struggle. As she sums up, “For Kashmiri refugees, the challenge of being a mujahid is not dying like a shahid (martyr), but living like one.” Militancy, she concludes, was never a simple matter of ideological insistence or territorial desire, but part of a larger moral transformation centred around the importance of personal dignity and family. Robinson sees this shift away from Islamic ideas and institutions in regard to jihad as the area’s third transformation.

It is this part of Robinson’s book that is especially nuanced and thought-provoking, and makes the work an admirably humane account. The life-history interviews that Robinson includes rescue Kashmiri Muslim refugees from being treated as mere historical subjects; instead, we are given their stories and their ‘truth’. Robinson produces fascinating compilations from refugee camps to show the changing politics of refugee humanitarianism in Pakistan, where international organisations such as the UNHCR became increasingly involved in the Kashmir crisis. This international spotlight on human rights abuses in India-administered Kashmir filtered through refugee communities and militant organisations and served to legitimise their struggle, a point that is compellingly presented by Robinson.

In a theoretical sense and in some broad respects, Robinson’s arguments come across as unsurprising and even familiar. For instance, she highlights the questions of categorical confusion and collapse between a refugee and a militant; the problems of identification, documentation, definition, recognition and administration of refugees; the notions of hijarat and jihad; and the possibilities of religious doubt and discernment, especially around martyrdom. Additionally, her interview methodology can at times be a slippery slope. As she herself notes, extrapolating information from an estimate of memory must be done with caution. One must remember its potential for “lies, secrets, and dissimulation” – a possibility Robinson demonstrates when she shows how one of her interlocutors lied about joining a jihadi organisation at a refugee camp. The simpler, less heroic truth that her interlocutor later confessed was that he had left the refugee camp to pursue an education. While she does her best to accommodate this methodological pitfall, there always still remains a possibility for personal narratives to imperceptibly elide memories. A precise identification of a standpoint in the complexities inherent in a long and emotional conflict may prove elusive or even deceptive. But ultimately, Robinson’s achievement in this book is to bring the history of Kashmir and its refugees to life through numerous and vivid individual memories.

As a work on the under-examined history of the forced mass migration into Azad Kashmir, Robinson’s Body of Victim, Body of Warrior is a valuable addition to the scholarship on the region. In tracing the refugee’s trajectory from muhajir (refugee) to mujahid (warrior as family-man), the book offers valuable insights regarding notions of political identity creation, transnational culture, the post-colonial order, Islamisation and human rights. Robinson takes us through many kinds of jihad: as a form of warfare, public advocacy and spiritual transformation. Robinson ends the book with a brief look at the notion of ‘humanitarian jihad’. In the immediate aftermath of the October 2005 earthquake in northeast Pakistan and Pakistan-administered Kashmir, jihadist organisations declared a temporary halt to their armed activities and participated in relief work alongside the Pakistani civil and military apparatus and international humanitarian organisations. Afterwards, many self-proclaimed jihadists remained demobilised and formally associated with the subsequent reconstruction work. They called this work ‘humanitarian jihad’. To them, this was yet another facet in their commitment to Kashmir’s jihad, one encompassing a broader concept of welfare and security – ultimately, the true desire of all Kashmiris, whether jihadis or refugees.

~ Rakesh Ankit is a doctoral candidate in history at the University of Southampton, UK.

The global branding of caste

Bernardo A Michael and Anil Varghese

Swear not by the moon

The contentious politics of lunar sighting in Pakistan.