Skip to content
Culture > A tale of two documentaries

A tale of two documentaries

COLUMN: What the disruption of two documentary films means for free speech and dissent in India. 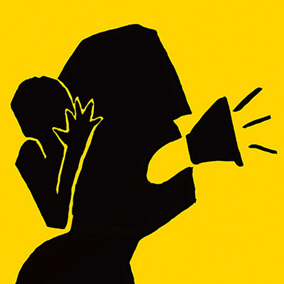 In early June this year, I reviewed Nakul Singh Sawhney’s documentary film Muzaffarnagar Baaqi Hai (Muzaffarnagar Eventually…) for Himal Southasian. Shot between September 2013 and April 2014, the film captures the communal violence that tore through areas in north India in the run up to the 2014 general elections. The documentary meticulously maps out the cynical polarisation along communal lines in Muzaffarnagar and Shamli districts in Uttar Pradesh. Besides demonstrating how the riots played into the electoral calculations of the Bhartiya Janata Party (BJP), it also indicts the ruling Samajwadi Party (SP) for failing to provide protection, and subsequent support, to the riot victims and the displaced – an overwhelming majority of whom were Muslims. With these broad swipes at dominant political formations, the film has ruffled many feathers. Nevertheless, it was screened at a number of venues across the country, before a screening in Delhi faced a crude disruption.

On 1 August, members of the Akhil Bharatiya Vidyarthi Parishad (ABVP), the student wing of the Rashtriya Swayamsevak Sangh, stopped a private screening of the documentary organised by the film society of Kirori Mal College in Delhi University. A video of the incident shows about 30 members of the ABVP marching into the venue about an hour into the film and demanding that it be stopped. The organisers asked them to watch the film before raising objections to it. Predictably, they refused, before threatening to assault a student who was recording the stand-off.

It is clear that the protest screenings tapped into a vein of anger and frustration at the invasion of open spaces and the curtailing of freedom of expression in India over the last year.

The immediate responses I encountered on social media after the incident ranged from the resigned (“Did you really expect them to listen?”) to the belligerent (“You should have hit them back”). In a short while, however, a remarkably effective response was articulated by a number of groups and individuals, which culminated in coordinated protest screenings across the country on 25 August, less than a month after the disturbance at Kirori Mal College. To counter the unofficial censoring of the documentary, it was screened in over 50 towns and cities across 22 states. The film was watched in places as far flung as Nainital, Raipur, Lucknow, Vishakahapatnam and Gangtok, in small venues, auditoriums and even living rooms. Outside the country, there were screenings in Oxford and Kathmandu. It is difficult to say precisely how many people watched the film, but the organisers estimate the number to be around 7000. No wonder that Sawhney notes that it seems only right for him to send a bouquet to thank the ABVP, for ensuring a far larger audience for his work. 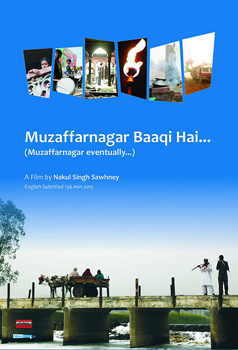 The success of the protest can be linked in part to the impressive networks nurtured by Cinema of Resistance (COR), the group that issued the call for the nationwide screenings. A movement that aims to bring progressive films and a culture of debate to diverse audiences, COR began in 2006, out of Gorakhpur, Uttar Pradesh. Since then it has held festivals and screenings throughout the country, funding its activities through donations alone. Many of the screenings of Muzaffarnagar Baaqi Hai were organised by local chapters or associates of COR. They also sent out DVDs to other groups who volunteered to host sessions. So along with the film, the day of protest was also a testimonial to the power of the kind of sustained, difficult work that COR does so well – widening the network of independent-cinema enthusiasts across the country. The date, 25 August, was picked to mark the first death anniversary of Shubhradeep Chakravorty, the documentary director whose film In Dinon Muzaffarnagar was denied the certification for public viewing by the censor board last year.

With news of successful screenings also came reports of disruptions by different parties: university authorities, the police and political groups. Yet even to this day, groups continue to organise events around the film. It is clear that the protest screenings tapped into a vein of anger and frustration at the invasion of open spaces and the curtailing of freedom of expression in India over the last year. As a poster created by COR declared: “You stop us at one place, we spring up everywhere!”

Just days after the protest screenings, the media reported that National Award winner Kamal Swaroop’s documentary Battle for Banaras, on the 2014 electoral battle between Narendra Modi and Arvind Kejriwal in the constituency of Varanasi, had been denied a censor certificate. The film was shot over 44 days from April 2014, capturing the high-octave campaign and the media frenzy in a city that is an important site for Hindu pilgrims. The Telegraph quoted the chairperson of the Central Board of Film Certification of India, Pahlaj Nihalani as saying, “It looks like this film portrays Modiji in poor light and I think it is anti-government to do so.” Swaroop denies this allegation, but it is chilling to think that criticising the prime minister can be held as grounds to refuse a censor certificate. Other media reports held the problem to be with the film’s ‘inflammatory’ language. Talking to the Wire, Swaroop said:

All the candidates were making wild statements and allegations—Phrases like Mukhota, 56-inch-chest, corrupt and many more in that vein, were thrown around liberally. Today when we see all that, it looks stupid and childish but the fact is that these comments were made and shown then on television. I just recorded all of it, without adding any comment from my side… In 2014 it was like entertainment which boosted TRPs; but today it holds up a mirror which we do not want to see.

The irony of a film that revolves around the electoral exercise of the ‘world’s largest democracy’ being censored is too glaring to escape. 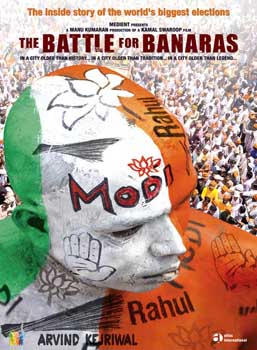 A beloved and iconic figure in independent cinema in India, Swaroop is one of the mavericks in the field. In 1988, he made the acclaimed Om Dar-B-Dar, which has since been rediscovered by a new generation of audience. He also directed Rangbhoomi on the life of Dadasaheb Phalke, one of the pioneers of Indian cinema, that won the National Award for best non-feature film in 2014. Battle for Banaras was inspired by Nobel laureate Elias Canetti’s non-fiction study Crowds and Power. Published in 1960, the text dwells on how and why crowds conform to the authority of rulers. The online teaser of the film shows images of Varanasi as the city prepares for the elections. Another clip shows the ghats, beautifully lit up at night, with a crowd in perfect formation by the riverside cheering Mr Modi. Even as it was denied a censor certificate, the documentary was set to screen at the Montreal Film Festival 2015. The director reportedly plans to appeal the decision with the Film Certification Appellate Tribunal (FCAT).

The irony of a film that revolves around the electoral exercise of the ‘world’s largest democracy’ being censored is too glaring to escape.

The trajectories of these two documentaries tell a larger tale about the freedom of expression in today’s India. The censorship of Battle for Banaras represents the heavy-handedness of the state apparatus and its attempt to silence critical discourse. Such silences become the pretext for labeling any dissent or alternative idea as ‘anti-national’. From such context also emerges an atmosphere where murders of elderly professors in Karnataka are celebrated on Twitter, and where an activist and an actress criticising the prime minister’s ‘Selfie with Daughter’ campaign are met with vile misogyny and abuse.

The case of Muzaffarnagar Baaqi Hai, on the other hand, represents the enduring vitality of protest and resistance, and a rousing determination to break the silence. The coordinated screenings of the film were powerful for being led by people as well as organisations, for being both large and small, for being overwhelmingly unpoliceable. They were both heartening for their innovation, and saddening in the fact that the protest viewings were needed at all.

The excesses of the Censor Board or government authorities while confronting dissent is hardly new. One of India’s foremost documentary directors, Anand Patwardhan, has engaged in long legal battles before his films have been broadcast. In 2004, filmmakers protested covert censorship at the Mumbai International Film Festival (MIFF) by setting up Vikalp, a parallel festival and platform to protect freedom of expression. But the story of these two documentaries is a telling reminder that for documentary cinema, these are both the worst of times and the best of times: the acts of documentation and remembering itself are under attack, but for all that, there is much that they can stand for and achieve.

~Taran N Khan is a Mumbai-based journalist who writes on cinema, Islam and gender. She has been traveling to Kabul since 2006 where she worked closely with Afghan media producers and filmmakers. Her work can be seen at www.porterfolio.net/taran.

~This article is part of a series of column on cinema by Taran N Khan for Himal. Read her earlier column on a writer and a magazine that brought drama to film criticism.