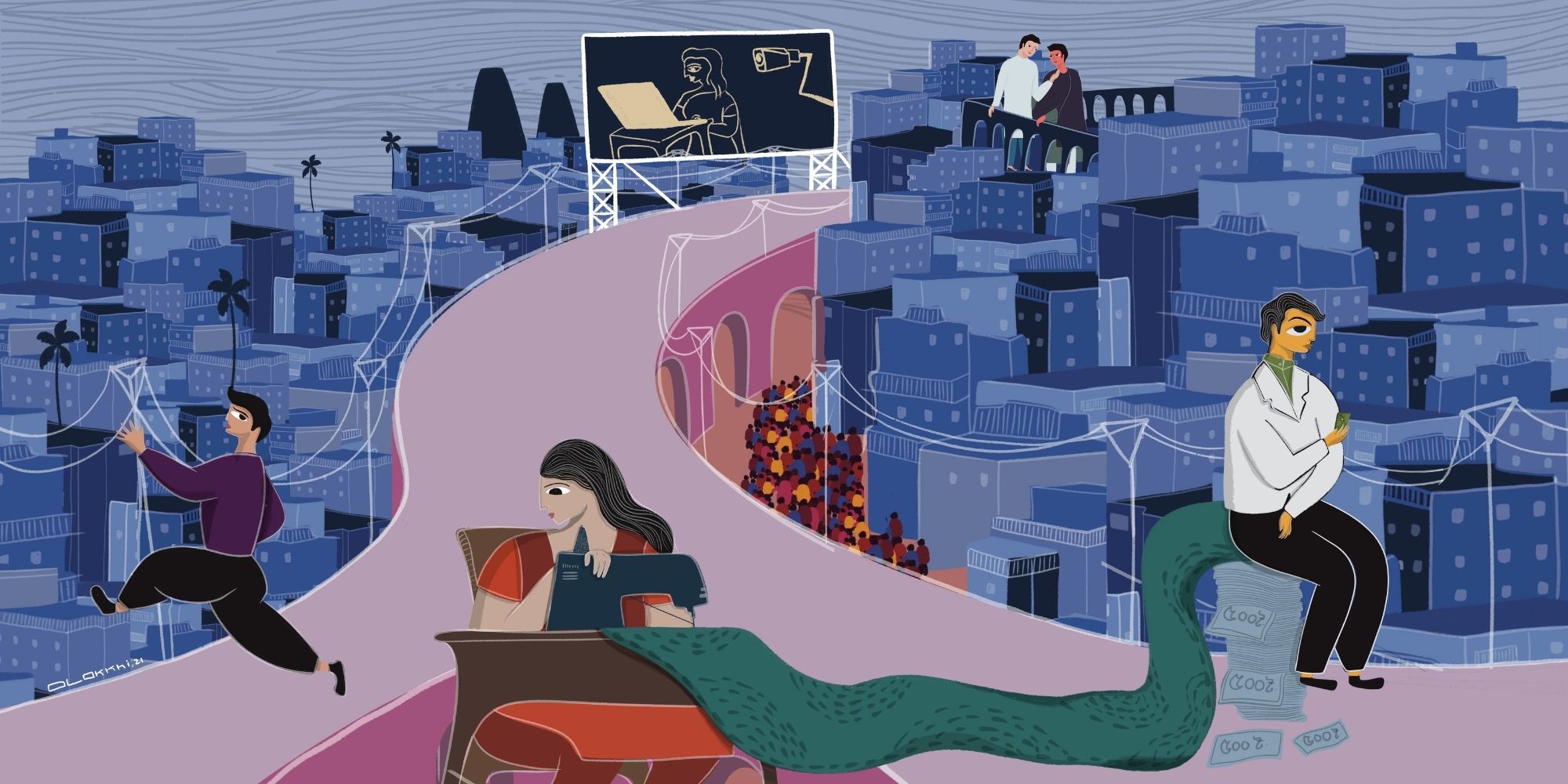 Note from the editors

On our special series ‘Rethinking Bangladesh’.

The year 2021 has seen a welcome profusion of events and anthologies to mark the 50th year of Bangladesh’s Liberation. Naturally, on most of these occasions the country’s history took centre stage. While fresh debates about our pasts are necessary and inevitable, we at Himal Southasian felt a need for more conversations on Bangladesh’s present, as well as on the forces shaping its future. This is what we have attempted to do in our special series of articles, titled Rethinking Bangladesh, which brings together over a dozen writers and artists, many of them based in Bangladesh, and all of them with expertise and informed insights on the country.

In editing this special issue, our interests were guided by three concerns: economics, ecology and technology, and their intersections with Bangladeshi society and state. As we looked for stories, reached out to writers and solicited submissions, our hope was to add to the ongoing conversations on democratic decline and economic transformations that Bangladesh today faces. And throughout the articles in the series, we have tried to go beyond, and when necessary challenged, the conventional coverage that Bangladesh often receives from international outlets.

Take for instance the headline-grabbing stories about Bangladesh’s GDP spurt in recent months. In contrast, articles in this series – from Dina M Siddiqi’s analysis of experiments in global labour regulation post-Rana Plaza, to Joseph Allchin’s reportage of dubious trends in the energy sector – seek to deepen our understanding of Bangladeshi economy beyond macroeconomic metrics. As Naomi Hossain argues in her essay, a more rigorous and grounded coverage of Bangladesh requires not just a revision of its statistical story, but discovering new narratives, including those of its creative economy and intellectual life.

Similarly, the series examines Bangladesh’s ecological challenges from a wide range of perspectives. Anika Saba and Shamiul Hossain, for instance, look at the state of Bangladesh’s urban environment through beautification projects, while Pritha Mahanti does the same through cinema. Kasia Paprocki alerts us of a curious paradox where the climate crisis dominates much public discourse in Bangladesh, except its political vocabulary – a problem not unique to the country. In her interview, Debjani Bhattacharyya places the Bengal Delta in a fascinating environmental and economic trajectory connecting natural landscapes to the global finance and insurance industry. Azmal Hossan, meanwhile, brings us back to contemporary political economy, analysing the hunger for coal in today’s Bangladesh.

In other articles, Zara Rahman critically examines the ‘Digital Bangladesh’ campaign, questioning the highly marketed and internationally praised digital governance and surveillance policies pursued by the government. The review essay by Anupam Debashis Roy and Arif Sohel looks at an important new book on crowd politics and popular mobilisation in urban and rural Bangladesh. In an interactive article, Efadul Huq and Rasel Ahmed bring the voices of Bangladesh’s often-ignored LGBTI+ community, who tell stories of persecution, dislocation, migration and homelessness, but also of newfound independence. Parvez Ahmad Rony’s photo essay documents state violence faced by residents of Bangladesh’s borders with India, with stunning detail and empathy.

We were also fortunate to have worked with five artists, including several from Bangladesh, in illustrating the articles. Olokkhiart, Nasheen Jahan Nasir, Ishrat Jahan Shaeera, Reesham Shahab Tirtho and Akila Weerasinghe, all brought their individual perspectives and styles in visually enriching this special series.

To be sure, the themes and perspectives that make up this collection of articles are not exhaustive, nor are they meant to be. Our hope is that these articles offer analysis and tell stories that push against cliches that still dominate coverage of the country. If we can encourage, even instigate, ways to rethink our assumptions about Bangladesh today and tomorrow, as it moves past the 50th year of its founding, we will count that as a success.

As always, we look forward to your feedback.