Of hills and laments 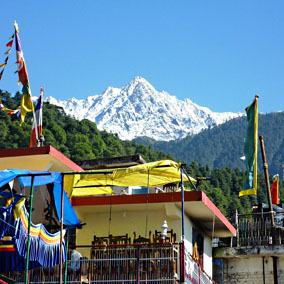 Words meaning less and less
In hallucinations I invest in tonight

As you’ve scrubbed us off your palm lines
How will Mihir figure the rest tonight?

A walk to Chalal

The morning dances in the hilly spaces
Like a small-town girl in a Bombay club
The river stream reflects a you, you last saw
In some ancient sleep and the donkeys
Mock your determined walk by the pines
Dense and hazy like a motion photograph
We sit down and breathe and dream
We chuckle under the sky’s inverted stage
To an audience translating our history
Into a palpable green, brushing
The teeth of this craggy, long trudge
You start one way, end the other
But Chalal doesn’t bother to judge

The way it once was

We forget what warm is while shivering in winter.
It’s the same with love stories.
Now that it’s over, we discard us like a useless visiting card.
Everyone says how they always knew we wouldn’t work,
that opposites attract only in movies and magnets.
How we had nothing in common
and no reason to be in love.
The world and its baseless confidence.
If I knew why I loved you, I didn’t love you.
What do they know about the flux of our wink
or the serpentine motion of your tongue on mine.
You gave me everything that you felt like giving:
the love bites that followed one another like common men
or the jealous glances when I laughed with other women.
When we were, we so were.
Holding your hand under the table, I learnt
that spontaneity can make one grow younger.
How methodically you unloved me
As if conducting a scientific experiment.
And every time I asked why, I lost you more.
When we were not, we were so not.
As people, we sense everything about love.
But we mess it up by rationalising it.
Discussing the future should be the first seven,
eighth and also the nth sin of togetherness
where as n approaches infinity, togetherness approaches religion.
Any love is tested negative for continuity.
It is a fault by design.
That island we never visited is moaning with Atlantis.
A certain Eddie Vedder is singing about our last kiss.
The only thing that lasts
is the memory of things that should have lasted.
The Playboy perfume you gifted me secretly, smelt terrible
and is now over. Our conversation ended before it even began.
The more we analyse, the less we love.
They’ll never know warm because they were not us last summer.
Now this winter. And the shiver.

That night, the winter was behind us.
The street’s iridescence diffused,
Pine-long ladders of silence.
Life was the interim
Between two plateful of momos.
St. John of the wilderness
Freezing in a Himalayan stillness.
The Tibetan temple stop-motioning
The words of our Sahirs and Faiz.
For all my life I’ve messed with language
In sentences and slang and serenades
I have abused what’s not to be said
Tonight, in this midtown mid-nightly
McLeodganjesque madness,
We’re just three backpackers
And our atlas, sun-rays squatting
On the high window, or we’re
Three pints of Corona Extra
Patrolling the moment
And yet this cosmos quaking
In a corridor of local dreams, gleams
In the absence of meaning.

~ Mihir Chitre is the author of a collection of poems, Hyphenated, published by the Sahitya Akademi in 2014. His work has appeared in various journals and anthologies including:Indian Literature, Nether, Pyrta Journal, The Bombay Literary Magazine, Cerebration, Muse India, Blue and Yellow Dog, Kritya, Vayavya, 40 Under 40, Dance of the Peacock, Helter Skelter Anthology of New Writing, among others.