Skip to content
Culture > On how to be a woman

On how to be a woman 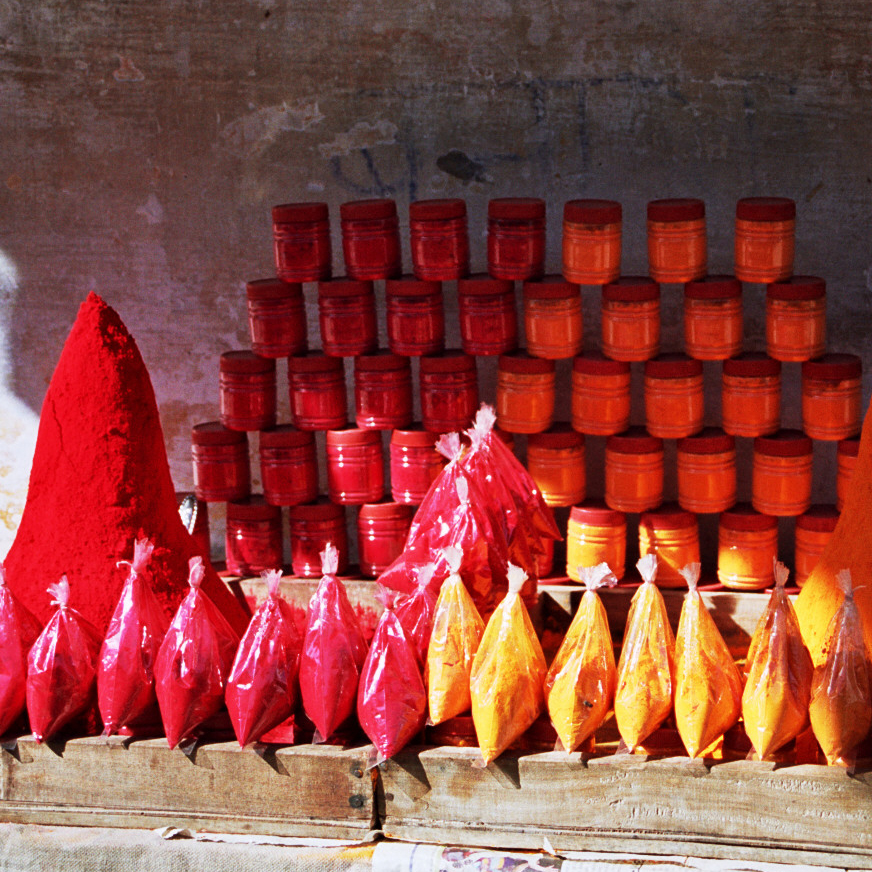 If you are a woman in Southasia, chances are that you’ve been told how to be one. If you don’t have well-meaning relatives to tell you how, the media does the job instead. Recently, on a flight from Varanasi to Mumbai, I found myself being coached on the subject by an elderly lady. The topic, under discussion, slightly modified, was how to be a ‘married’ woman.

Ever since I chose to marry last year, I knew some haranguing was bound to come my way. However, what I hadn’t accounted for was random strangers taking up the task of making a woman out of me.

I come from north India: a region notorious for putting its women in their place, either by force or by obligatory respect. Growing up, I was safely tucked away in boarding schools, and came back to this world only for two months every year. Yet this divided world of men and women was hard to miss. It was only when I came of age that some mention of me ‘being a woman after all’, even though in hushed voices, was suddenly audible in my own house. To my family’s chagrin, I did not marry at 24, when my parents would have liked me to. I did so in my thirties and everybody collectively sighed in relief. Little did they know that I had married for my own reasons, not theirs, which has left the harbingers of marriage inconvenienced.

She pointed out to me that by not applying sindoor, vermilion, in my hair, a mark of a married Hindu woman, I would cut short my husband’s life.

This stranger, a Brahmin woman – who began the conversation by informing me about her caste before enquiring about mine, presumably before she risked going beyond pleasantries – took it upon herself to remind me of my blasphemies as a married Hindu woman. My not hailing from a place lower on the varna ladder – in her view – added to her dismay. She pointed out to me that by not applying sindoor, vermilion, in my hair, a mark of a married Hindu woman, I would cut short my husband’s life. I surely wouldn’t want that, would I?

Well, anyone who loves someone wouldn’t like them to die, sure. But – and as I let her know – the fear of subsistence after my husband died, wrapped in faith, didn’t work for me. For too long women have remained subservient to men because of fears, most of which were pragmatic. Having few options outside of their home, how they would survive after the death of their spouse was a real concern. But the world is changing. To apply sindoor is now a choice, not a talisman to keep oneself safe from ever having to answer, “what (will happen to me) if my husband died”. So when I told her that were my husband to die, I might die of a broken heart but not for the lack of sustenance, she couldn’t believe my gall.

How did my actions resulting in someone’s bad fate feature in her fatalistic Hindu world view anyway, I asked. But the woman chastised me for asking too many questions. I should learn to listen, she advised. I therefore decided to listen, with a smile that stretched from one ear to the other – something I do when I know I am better off enduring offence than causing it. She asked me if mine was a love marriage. When I replied in the affirmative, she acted as if it suddenly made sense to her.  Where did we elope to get married, she inquired. On the contrary, I told her, we had a big fat, full-of-north-Indian-bling, Hindu wedding. Much of what had previously made sense to her was lost. Was my mother okay with me flouting these rules of the Hindu code of conduct? Yes. She seemed scandalised. I had lied, of course, but only to shut her up.

My mother sees me as a person as opposed to a woman, mostly because of her own miserable failure at trying to be a woman. It is a tall order, being a woman. I added: my mother is religious, not a missionary. The old woman sat with a grave face, taking this in.

After a while she asked me if I would at least consider wearing a bindi. She bet it would look really good on me! For the first time we were in agreement. I told her that I found some women extremely attractive in sindoor-bindi. She jumped on this partial interest on my part and asked why I couldn’t do the same, if nothing else, for the sake of looking beautiful? What woman wouldn’t want to look pretty all the time? Apparently, me.

She was exasperated, but she did teach me a trick – something, she knew, modern ‘office-going women’ do to hide the vermillion. I tried to reason: I wasn’t ashamed, I simply didn’t believe in it.

In the course of our conversation, I told her I was going to join my husband, who lives in the West. Suddenly, it all seemed to make sense to her (once more). I was giving the sindoor-bindi routine a pass, practically for my life in a foreign land, wasn’t I?  I laughed and asked her why going to another country would make me ditch my beliefs. It was not about “belief”, she promptly retorted: it is what it is and how it should be. This was not going to be an easy flight, I thought to myself.

She tried once more, she was relentless. She reminded me that Hartalika Teej was due in a few days, and, to her credit, instead of asking me whether I was going to observe the fast, she volunteered to narrate the story behind the fast, as her last attempt, I presume, to covert me. As a proud Brahmin, she was going to tell me the real story, according to the Shastra, the scriptures, not the low-brow version, derived from the oral tradition of the Katha, popularly told across the country. But as long as it made women adhere to the moral, she was alright with it.

The ‘real’ story, as told by her, follows: Once Ram came to meet Shiva and touched his feet. Parvati was amused by this strange camaraderie between the two Gods: God touching God’s feet. A smile escaped her lips. Shiva thought Parvati was flirting with Ram. Famous for his rage, Shiva banished Parvati. Paravti fasted for several years to placate Shiva, and afterwards, Shiva was mollified and he took her back. A fast to pacify Shiva or Hara, was hence called Hartalika Teej.

Upon hearing the story, it was difficult to resist questioning why Parvati undertook the penance when Shiva was clearly mistaken. Shouldn’t Parvati be the offended party? This was the last nail in the coffin. I had clearly overstepped a line. Calling Shiva, a god and a man (Ubermensch), a wrongdoer! She turned away and looked for refuge in the face of her watch. We were only halfway through our journey. Though I wasn’t particularly shocked by anything she had said, but given my background, I was a shocker for her.

Earlier in our conversation she had spoken about her two sons and their wives, who apparently competed against the mother-in-law about who loved whom more. Turns out they had, at some point, even compared their own mothers to the mother-in-law and found her to be more loving. To end her desperate attempts to prove her defensive love to her daughters-in law, and stop the chatter about the sons, I changed the subject of the conversation and asked if she had any daughters. She did inded; three in fact. She did not say much else about them and I had a fair idea of who I was dealing with here: a representative of a mindset; a way of thinking where she “allowed” her daughters certain freedoms and in turn they respected her by not “misusing” those freedoms. However, the truth is that ever since more young women have been earning a living outside their homes, it has given an opportunity to respectable folks to self-congratulate themselves on being ‘progressive’ for allowing these little freedoms, in their mutual admiration social clubs. By doing so, they make a virtue of necessity. In Mumbaiya speak, we call it ‘chance pe dance’. But the truth is, most young women couldn’t care less and are charting their own lives, with or without the requite ‘permission’.

In her closing statement, she hoped that I at least acknowledged and was thankful to my in-laws who ‘allowed’ me my freedoms. I did not speak and stuck to the smile I had perfected. Yet, glad though I am of having added a decent family to my life by way of marriage, I am not in the habit of being thankful for the default. Respect is not a substitute for freedom.

Had I written this as fiction, in the climax her son would have dumped her for an urgent meeting with his boss, leaving her to fend for herself and I would swoop in as her knight in shining armour and drop her home. What really happened, however, was less cathartic. At the conveyor belt I saw her struggle with the trolleys and went over to help her. Using all my strength I managed to get the trolley moving. But then she nudged me off, wordless but tersely. Armed with a son, waiting for her at the exit, she no longer needed help from a woman like me. I let her be, but that was quite a powerful nudge and stayed with me for a while.

As I stood waiting for my luggage, I thought about why one set of people always seem to take it as their natural right to question the lifestyle choices of another group of people. By what right was she offended by the missing sindoor in my hair. Maybe this is what the Los Angeles writer Charles Bukowski alluded to as the ‘genius of the crowd’:

I couldn’t, however, take comfort in that thought for long, and questioned myself whether my own mother would have done that to a younger woman? Maybe not. Not only because she is shy or that she is not a fundamentalist in her attitude, but because women who have suffered at the hands of patriarchy are often less patriarchal than the women who have been respected by it.

As I walked out of the airport I chuckled at the thought of what my next lesson in womanhood would entail? How to be a mother?

~ Jyoti Singh is a Mumbai based screenwriter. She has previously written for kafila.org, Tehelka, and Reading Hour.