Only their parents’ home 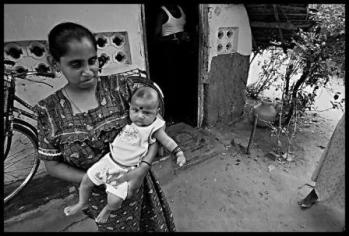 The Colombo government’s new initiative to resettle displaced Sri Lankans has not only angered many of the people it is targeted to serve, but also fails to address the concerns of over 100,000 refugees who live in Tamil Nadu. On 16 March, international watchdog Human Rights Watch claimed that authorities were using “threats and intimidation” to force Sri Lankans who had fled because of recent fighting to return to their homes, although this has been widely disputed. According to UNHCR, there are more than 130,000 displaced people from within the northeastern district of Batticaloa alone – 40,000 of whom had fled during the second week of March. Nevertheless, by mid-March 800 people are reported to have been sent back to Batticaloa, as part of the government’s plan to ‘return’ 2800 people back home.

Even as the internally displaced are being relocated, the new scheme, the brainchild of Abdul Risath Bathiyutheen, the Minister of Resettlement and Disaster Relief Services, does nothing to address the situations of Sri Lankans who have fled to Tamil Nadu. This silence is a clear departure from the tone set by a 2002 government initiative, which sought to repatriate individuals living in the more than 130 camps in the Indian state. Some say that such an initiative is doubly important in the current context, with more than 18,000 Sri Lankans having fled to Tamil Nadu since the outbreak of the war in July last year. The refugee camps are now bursting beyond capacity.

If there is reluctance on the part of the Sri Lankan government to offer repatriation options to its refugees in Tamil Nadu, recent times have also seen a greater ambivalence within the refugee community as to how desirable it would be to cross back over the Palk Strait. Among the refugees now living in temporary camps within Sri Lanka, too, few seem to like the idea of repatriation. The position of the displaced on both sides of the strait is encapsulated in the views of 65-year-old Yogeshwari Kanakapillai, who lives in a transient camp in eastern Batticaloa: “We made this camp our home nearly two decades ago. Our children braved the seas to seek refuge in Tamil Nadu. If they return, they will be consumed by the violence here.”

At least a quarter of those displaced from the northeastern provinces of Sri Lanka have relatives or friends living in South Indian refugee camps. “We know the difficulties they have,” said one internally displaced woman, referring to her sons who fled the island years ago. “They cannot find employment. They live in poverty. Education for the young is a problem. But they have one guarantee which we do not have – that they will not fall victim to shell attacks and turn to ashes from aerial bombing.”

The sentiment among many in the older generation of displaced within Sri Lanka is that, despite the harassment and the lack of options they must face, their children and relatives are better off in the relative safety of the South Indian camps. This is in direct contrast to the refugees own sentiments as expressed as recently as 2002, when a majority of those living in Tamil Nadu volunteered to repatriate under a government scheme. Then, 6000 had returned to Sri Lanka. “That was in the afterglow of the Ceasefire Agreement,” says R Sampanthan, the parliamentary group leader of the Tamil National Alliance (TNA). “There was so much hope then. The conditions are very different now.”

Married and settled here
For most internally displaced, the resettlement plan introduced in March is a case of too little too late. “In fact, nearly a quarter-century late,” points out Sampanthan’s fellow TNA parliamentarian Suresh Premachandran, “And it still excludes the displaced living in Tamil Nadu. One has to accept that they are a forgotten community. Resettlement to the government means resettling the internally displaced. It does not address the needs of Tamils who fled this island fearing for their lives since 1983 – and who continue to flee.”

But would an approach such as that which the Colombo government is currently using in the northeast really help the refugees in Tamil Nadu? M Rasamma, a mother who is living in a transit camp in Anuradhapura, in the northwest of the island, says no. “Tell us why our children have to come back here?” she demands. “What do they have here except renewed war and temporary shelter?”

Colombo has no answers to such questions. For a state that has neither long- or short-term plans to address the refugee question, Sri Lanka will have fresh problems if the displaced refuse to repatriate under a future scheme. While Minister Bathiyutheen says he wants to introduce a repatriation scheme at a “future date”, problems will undoubtedly arise if an eventual plan is put into action with Indian assistance at a time when refugees are still reluctant to leave. In the past, any effort to repatriate refugees in Tamil Nadu has been viewed either with suspicion or as an infringement of their right to choice. Perhaps the larger issue is that, having been left in limbo for up to two decades, these refugees have now come to consider Tamil Nadu their permanent home.

“Our children do not know Sri Lanka,” says Sugunan Kishor, a Jaffna Tamil living in a camp just outside Madras. “They identify themselves with Tami Nadu. Some are married and settled there. To them, Sri Lanka is only their parents’ home and nothing more. We were hopeful of returning after 2002. But with the increased violence, we have no desire now to return.” Kishor once fished for a living, and he recalls with sadness how his once-fervent wish to “return home” has died: “I have my parents living in the northern district of Mullativu. I will never be reunited with them.”

For Vellamma Kadirsamy, a 56-year-old woman who has lived in the same camp as Kishor for several years, the lack of government efforts to repatriate, coupled with the now-intensified war, signifies a complete separation in the minds of many refugees. “Any hope of returning home to Sri Lanka is now over. We have nothing to go there for,” she says. “Our children are here. Some members of our families living there warn us against our return.”

Suresh Premachandran agrees. “Most refugee children in Tamil Nadu now have access to education. Though certainly our conditions of living need to be improved, some kind of continuity of life happens there. Why should they upset everything and return to this simmering volcano?” he asks. LTTE spokesman Daya Master says he understands these feelings. Following the 2002 truce, the LTTE requested the United Nations High Commissioner for Refugees for help in repatriating the refugees living in Tamil Nadu back in Sri Lanka. “But now the conditions are different,” Master notes. “This is war zone, where they would be victimised yet again. It is not a question of sentiment anymore, but about human safety.”

Resettlement Minister Bathiyutheen stresses that though the refugees living in Tamil Nadu are not addressed under his new scheme, they are a “high priority”. The minister’s new plan, which seeks to establish a National Resettlement Authority, concentrates only on the internally displaced. “We are about to commence drafting a national policy for resettlement which will address many facets of the question of displacement. There are the war displaced and those displaced due to natural disasters. The refugees in South India are a different category, and need to be addressed separately.” Badiudeen has given himself a target of two years to resettle half the island’s displaced. As for the National Resettlement Authority, it is yet to start on the formulation of a resettlement policy, a policy which will categorically not address the needs of the refugees in South India.

Hour of need
While Colombo has been unsure about what to do with the Tamil Nadu refugees, India has done little better. The refugees have long been a major political issue for Madras politicians, with which to criticise both Colombo and New Delhi. The former is pilloried for its approach to the ethnic conflict and its lack of recognition of Tamil rights; the latter, for its lack of a coherent policy, even as great numbers of Sri Lankan refugees continue to arrive on South Indian shores.

Official Indian estimates claim that besides those Sri Lankans living in the designated refugee camps, 25,000 or more live outside. Besides these, there are also around 2000 undocumented Sri Lankan migrants detained in ‘special’ camps, who are liable for prosecution under Indian migration and anti-terrorism laws. In March, the Tamil Nadu police finally took steps to issue identity cards to Sri Lankan refugees who have been living in camps for more than 12 years.

New Delhi’s approach to the matter is straightforward, says Nagma M Mallick, an Indian diplomat in Colombo. India has given Sri Lankan refugees shelter on humanitarian grounds. “What better policy is there than that?” Mallick asks. “They are not citizens of India, but refugees. In their hour of need, India has given them a home – that’s all.”

Clearly, however, that is not all, at least as far as the Colombo government and the refugees themselves are currently concerned. As Vellamma Kadirsamy notes: “Sri Lanka is only a memory for most refugees. Whether they feel connected or not, it is a home they have no wish to return to, not even for nostalgic reasons.” When and if the time comes, it may take some effort to convince them otherwise.

~ Dilrukshi Handunnetti is investigations editor at The Sunday Leader in Colombo. She is a lawyer by training.