Skip to content
Archives > People of a Southasian past

People of a Southasian past

A colonial experiment in ethnographic photography offers a rare glimpse into Southasia’s communities circa the 19th century. 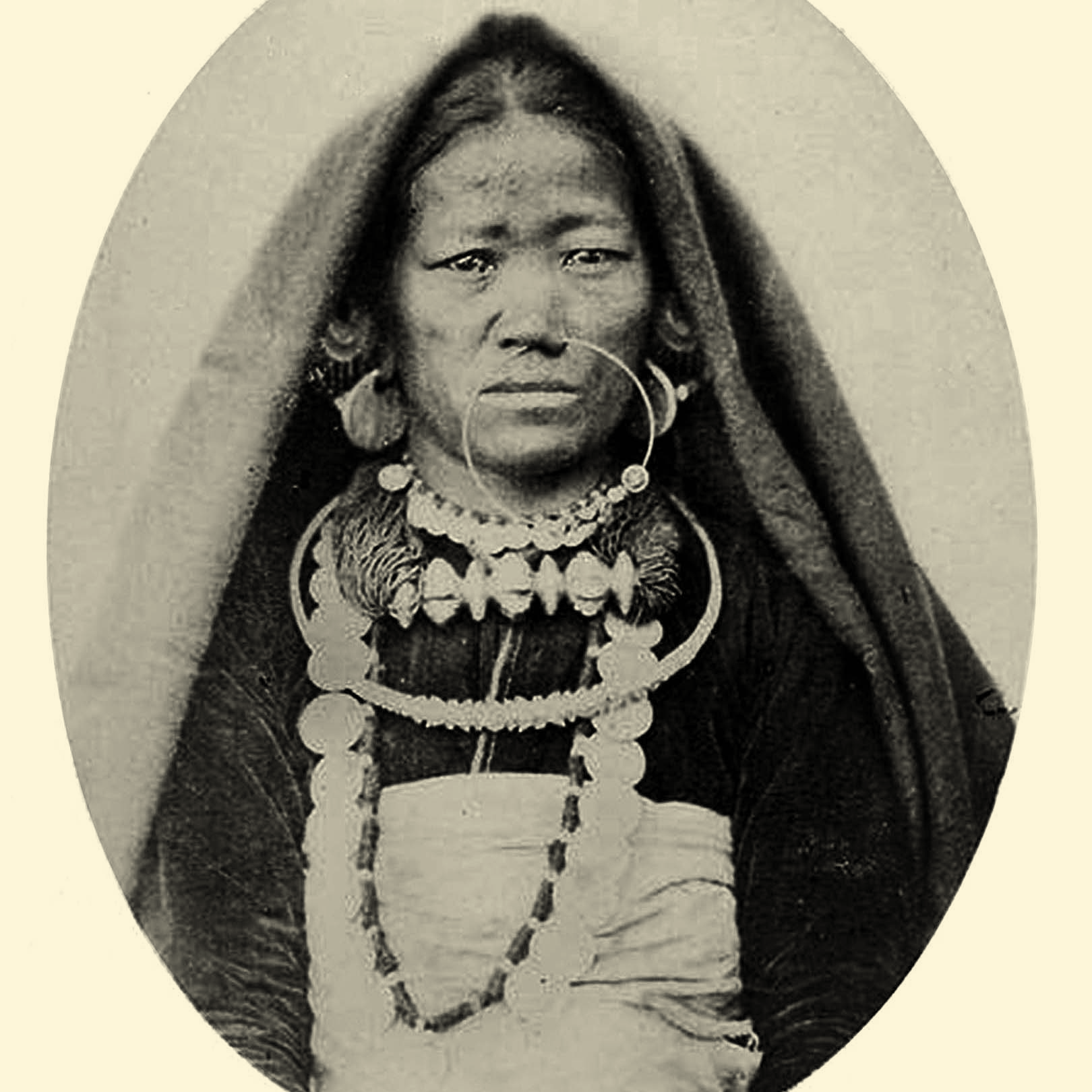 (This is an essay from our December 2013 print quarterly, ‘Are we sure about India?’. See more from the issue here.)

It is 1863, barely a decade after albumen photography is invented in Europe. In Kathmandu, capital of a country far removed from the technological advances of the West and the colonies, a young man stares intently into the lens of an alien box-like instrument. He is a Gurung, whose community has origins in central Nepal, and is probably part of the national army of the day. We know much more about the photographer, Clarence Comyn Taylor (1830-1879), a colonial administrator wounded in the siege of Lucknow in 1857. Taylor perfected his photography skills in Rajputana and arrived in Kathmandu Valley as the Assistant Resident at the very moment that Viceroy Lord Canning had put out the call for a collection of photographs of the people of the Subcontinent.

The result was a pioneering photographic and ethnographic project, tremendous in scale, that utilised more than a dozen amateur sahib photographers all over the colonised region and even – as in Nepal – beyond. It seems the original intent was simply to create a photographic album as memorabilia for Lord and Lady Canning to take back home, but the project expanded in scale to be printed in eight volumes between 1868 and 1875 as The People of India: The Races and Tribes of Hindustan. The leather-bound volumes were published in London on behalf of the Government of India, edited by John Forbes Watson and John William Kaye. They contain 468 pasted photographs on the left-hand pages, and accompanying descriptive text in letterpress print on the right.

Coming soon after the ‘sepoy mutiny’, the project became part of the East India Company’s attempt to better understand – and hence control – its farflung subjects. Most of the photographs have the natives in formal pose, and the pictures at times give a sense of an ethnographic specimen on display, much in the way colonial-era zoologists, botanists and geologists exhibited samples of flora, fauna and rocks. It was not possible for the photographs to exhaustively catalogue the tens of thousands of communities and sub-communities of Southasia, so the photographs seem to have been sourced from wherever British administrators and enthusiasts with grasp of the new technology happened to be located. For their part, these photographers of the Raj gravitated towards out-of-the-way, marginalised or ‘exotic’ communities. Expectedly, the accompanying text reflects the colonial biases of the time, including references to entire communities as engaging in sex work, banditry or knavery.

For all the bias evident in them, a century and a half later these portraits in albumen constitute a powerful source of information on the history of the lay population of Southasia. The pictures show commoners, albeit in formal posture, in the first decade after the birth of photography, before photography turned its lens to the pomp and regalia of the rajas, nawabs, zamindars and sahibs. The pictures provide a window on how Southasians carried themselves, how they dressed, how long they kept their hair, and on what weaponry and implements they used. They help us to study, compare and contrast contemporary livelihoods in the far corners of the Subcontinent with those of times long past. The pictures hold many clues to the evolution of Southasian society, yet they have largely been neglected as a source for research, perhaps as an ideological reaction to the colonialist vision that supported this photographic enterprise.

The pictures from the Nepal section, contained in the first volume of 1868, are a window into the historical richness of the entire work. There exists a plethora of photographs from the early 20th century showing Nepal’s royalty, the Rana court, and the Newar and Khas nobility of Kathmandu, but there is precious little early photography of the lay population. Some European adventurers had focussed on the temples and townscapes of the Valley towns, but the citizens were shown only in passing. And so it comes as a pleasant surprise to discover that the very first photographs of Nepal’s citizens were actually focussed on the lay people. The text accompanying the photographs is thought to have been provided by the former Resident, Brian Houghton Hodgson, then living in Darjeeling.

The Nepal pictures were taken at a time when Jung Bahadur Kunwar had already emerged as the supremo of Nepali politics and started the Rana family oligarchy. When the call for the photographs came from Kolkata, Col George Ramsay, the British Resident in Kathmandu, worried that he did not have anyone on his staff with photographic skills. Nor was he sure about Jung Bahadur’s reaction to the proposed documentation. Soon enough, the newly-arrived Assistant Resident proved capable of handling the camera, and Jung Bahadur himself proved enthusiastic, even arranging for subjects and asking for an album for himself.

The pictures of the young Nepali men seem to suggest that back then hair was generally worn at shoulder length. The clothing seems to predate the daura-suruwal that is prevalent among Nepal’s hill communities today. The peculiar top the men wear, tied by string at the base of the stomach, is also seen in photographs from other parts of Southasia, especially Assam. This and other matters of attire and implements suggest a fair degree of interaction between the farflung communities of the Subcontinent. The Nepal photographs also show platoons of Gurung, Limbu and Magar soldiers, probably belonging to the national Gorkhali army headed by Jung Bahadur, showing off the weaponry – including khukuris, bows and arrows – they used in the pre-musketry era.

With more study of The People of India, perhaps the people of Southasia from a century and a half ago can help us better understand ourselves in the present day. 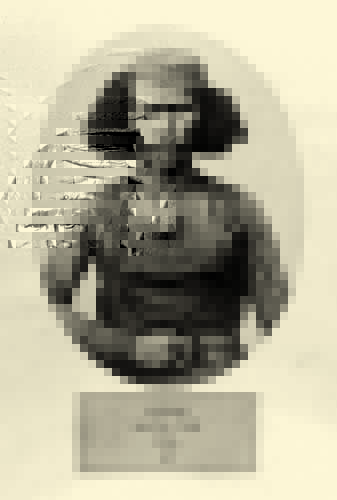 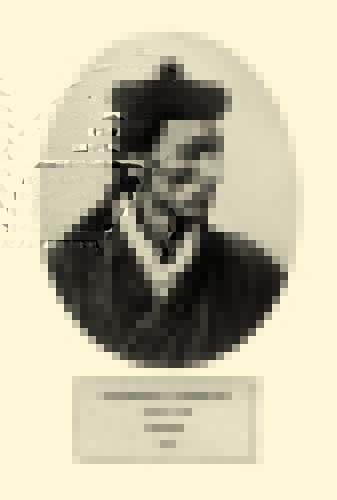 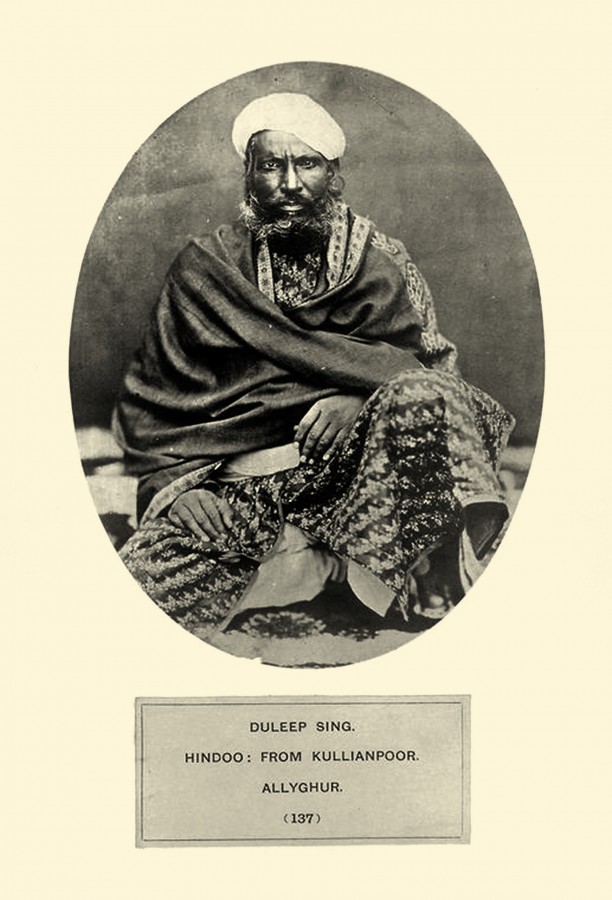 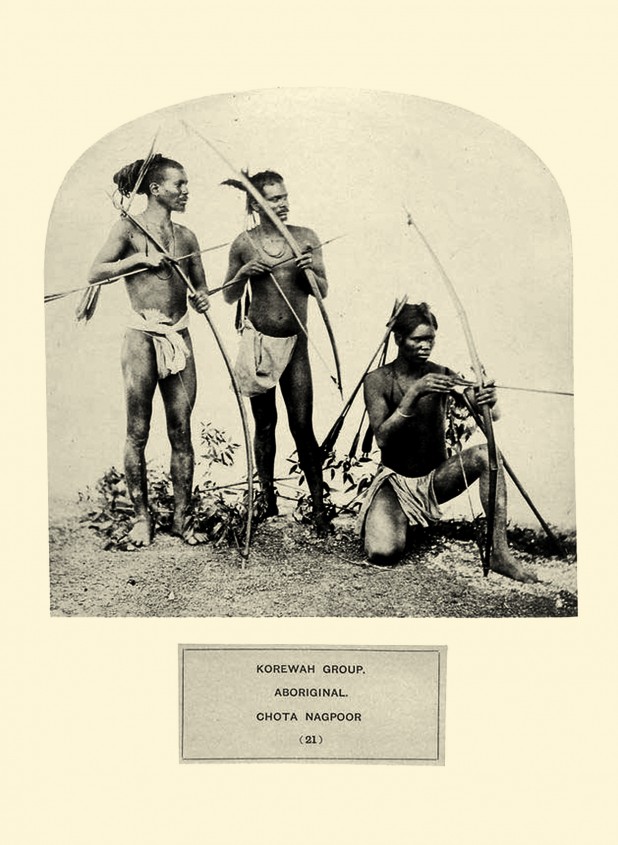 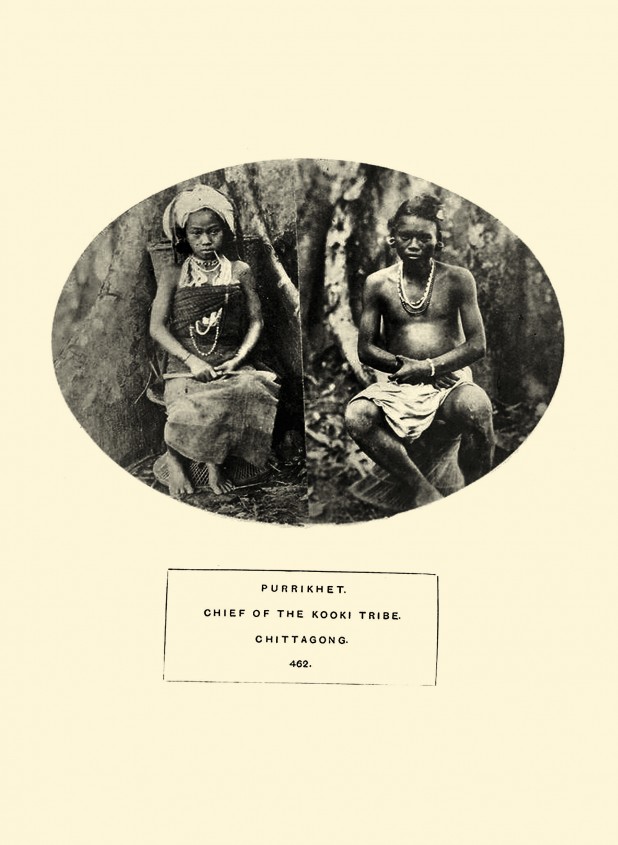 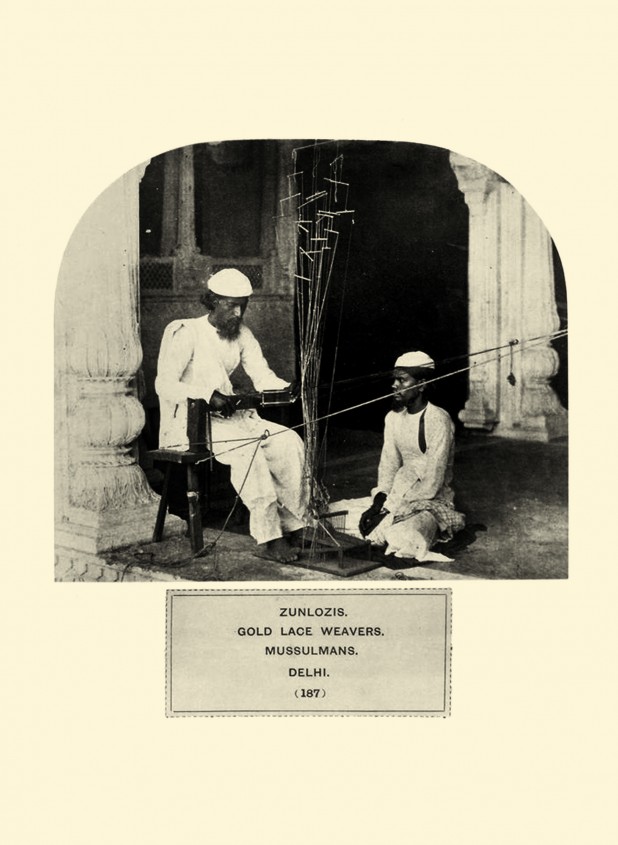 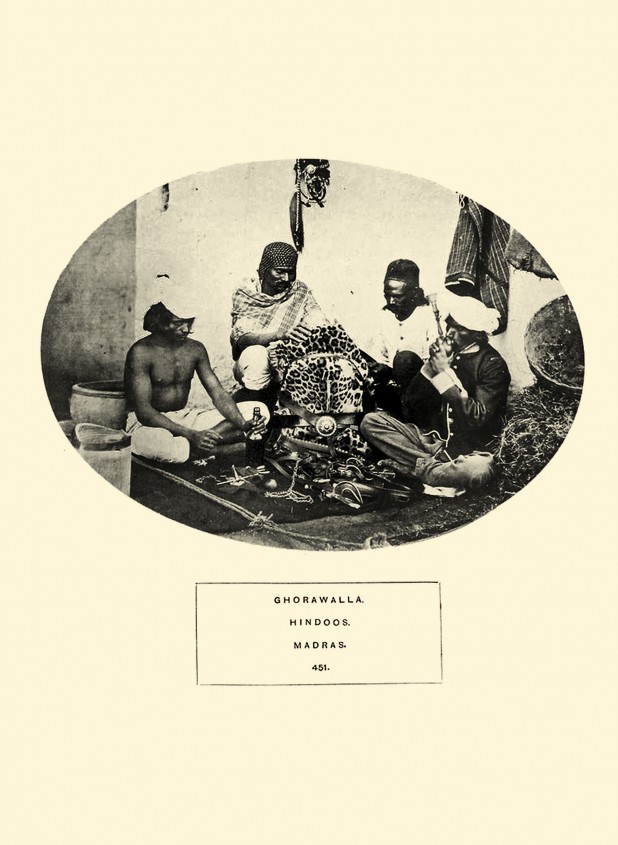 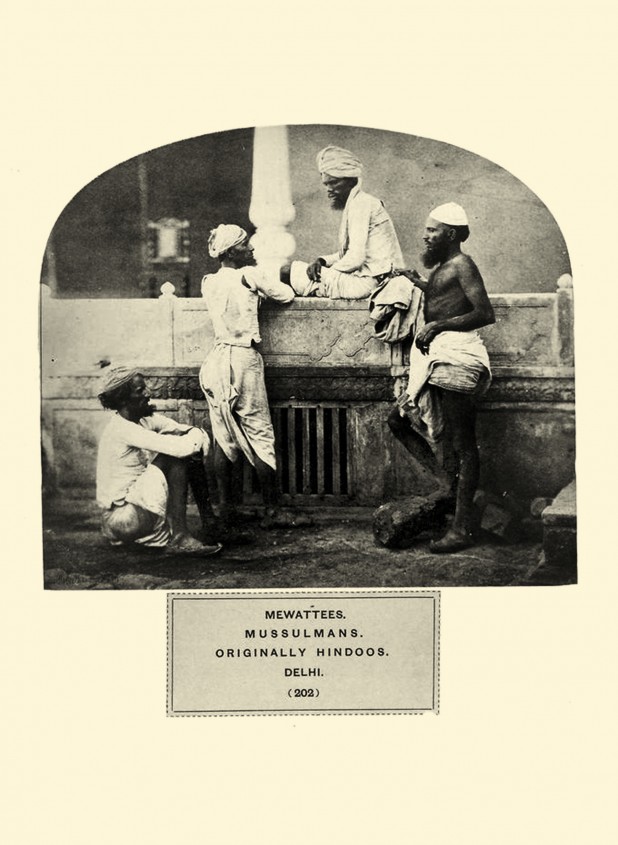 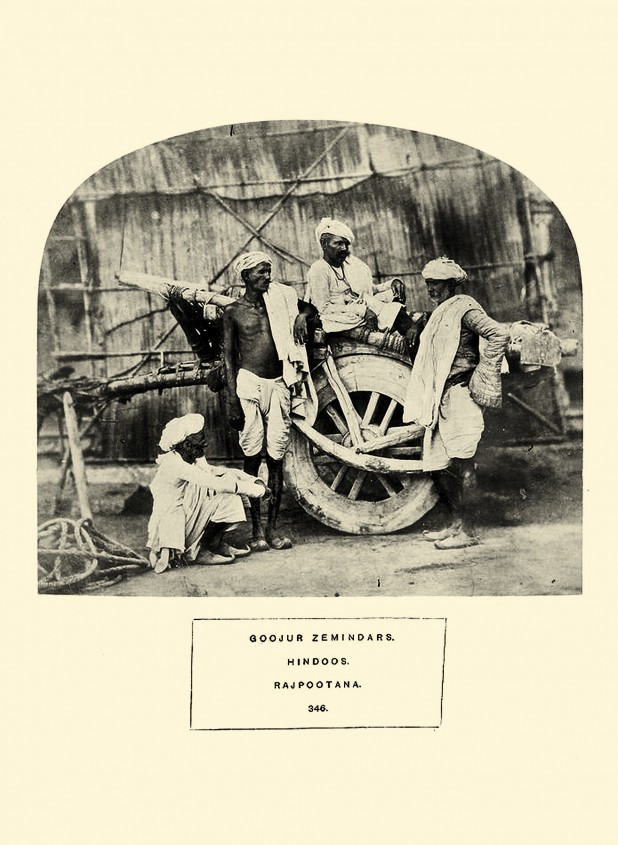 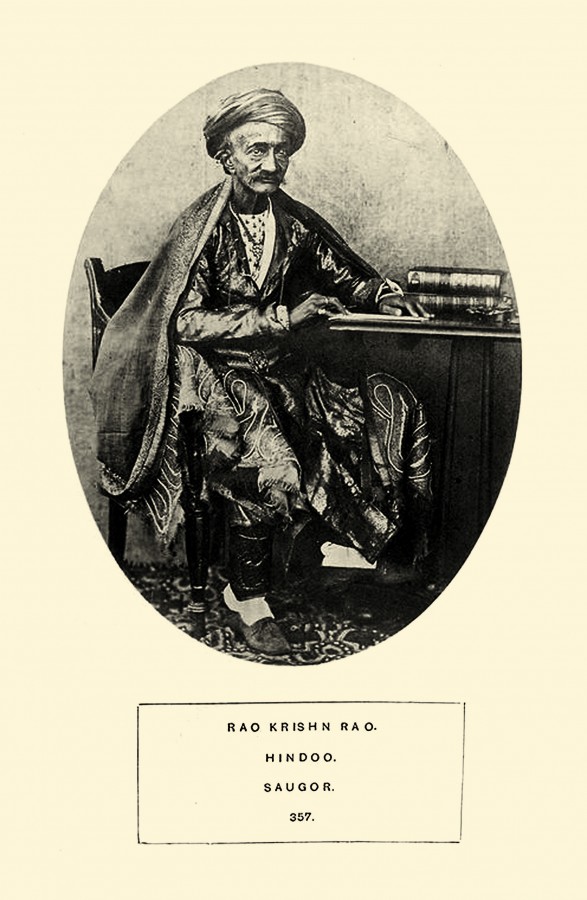 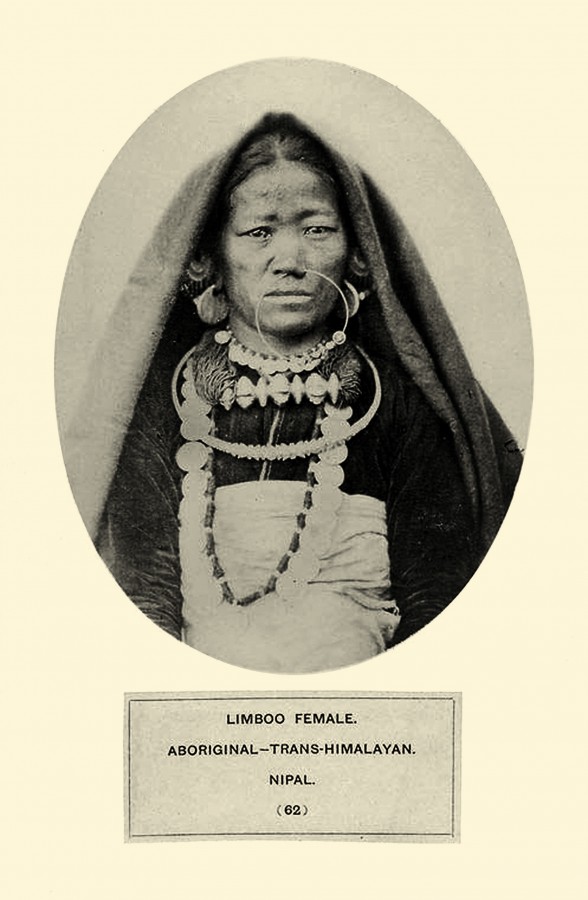 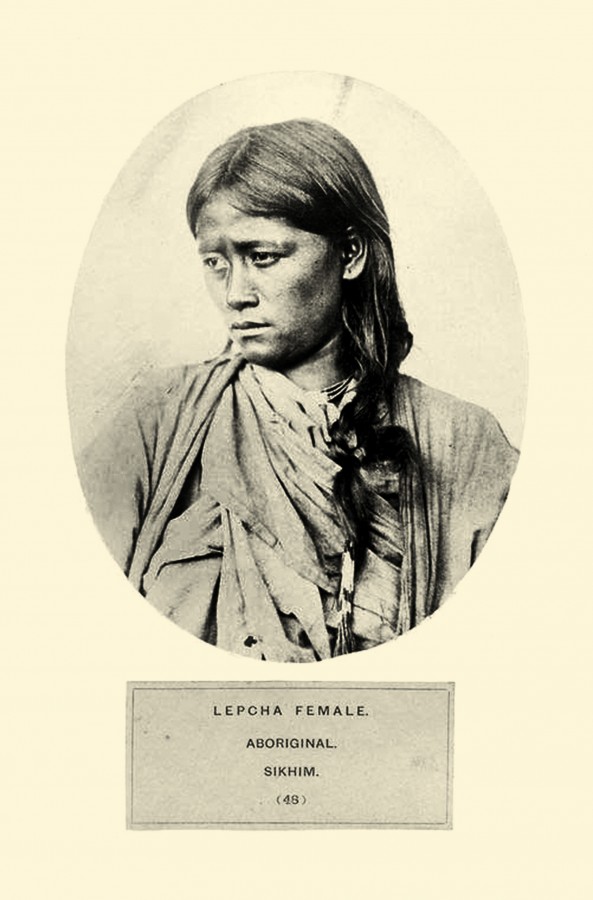 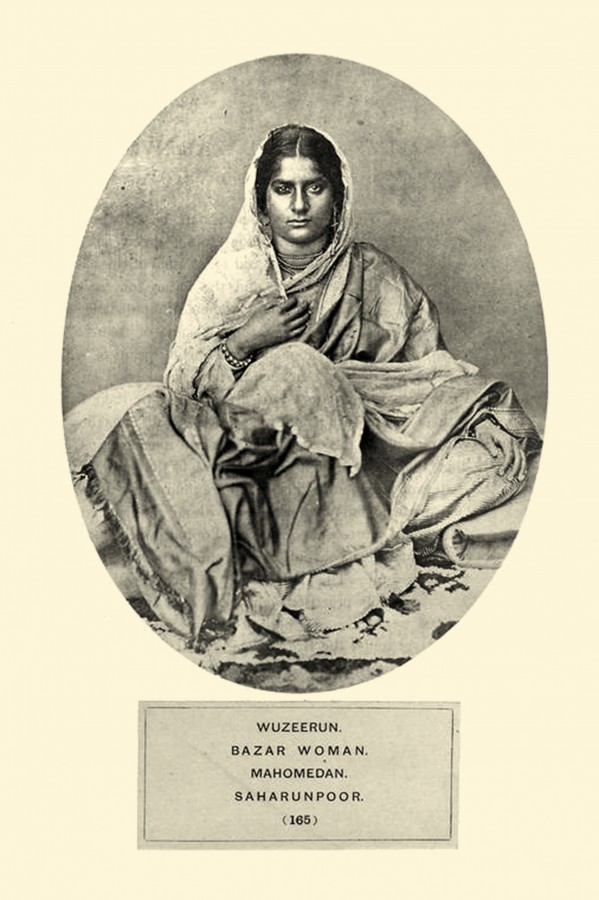 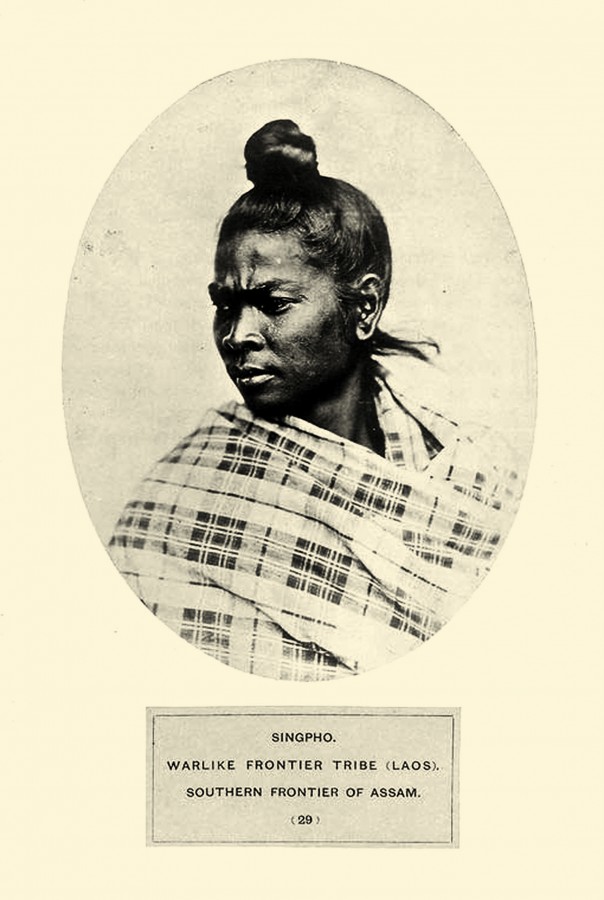 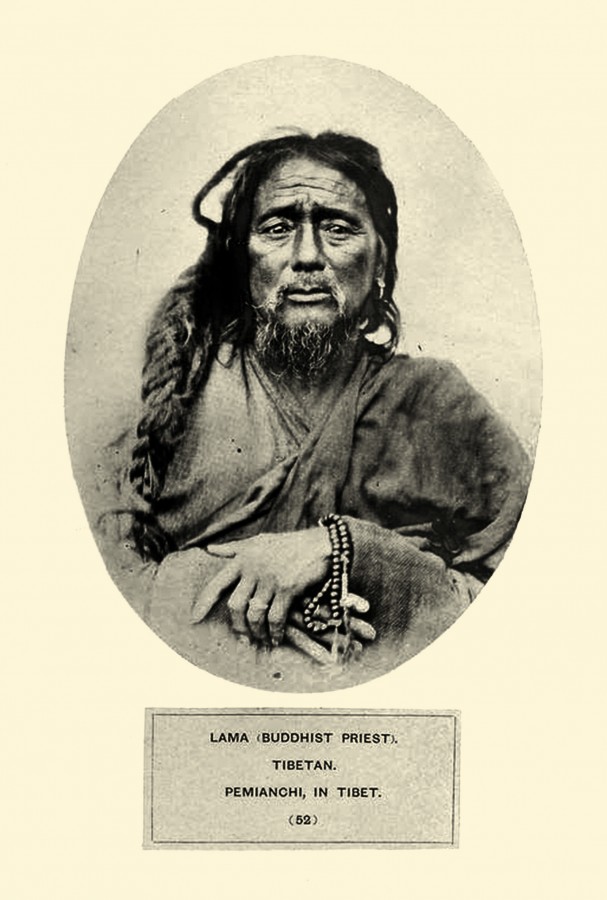 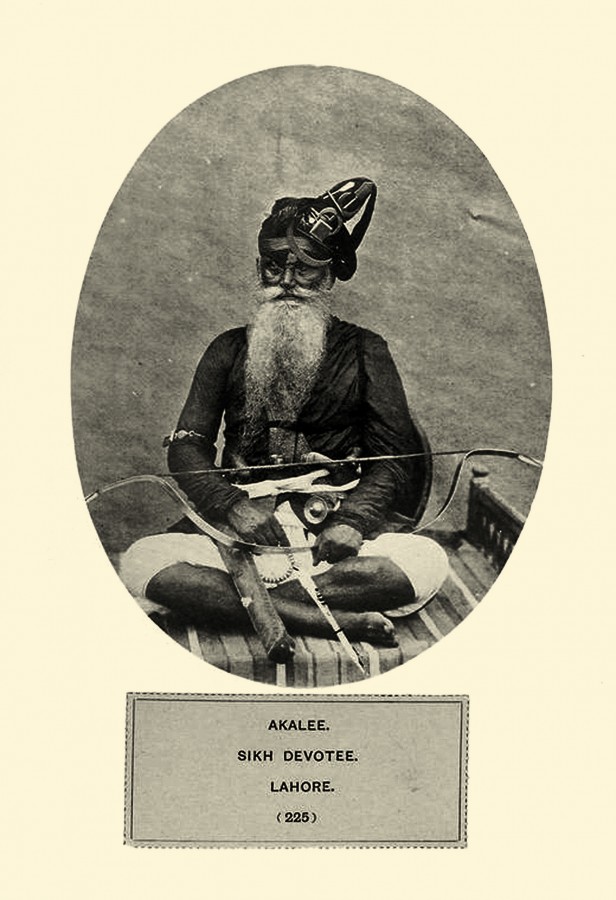 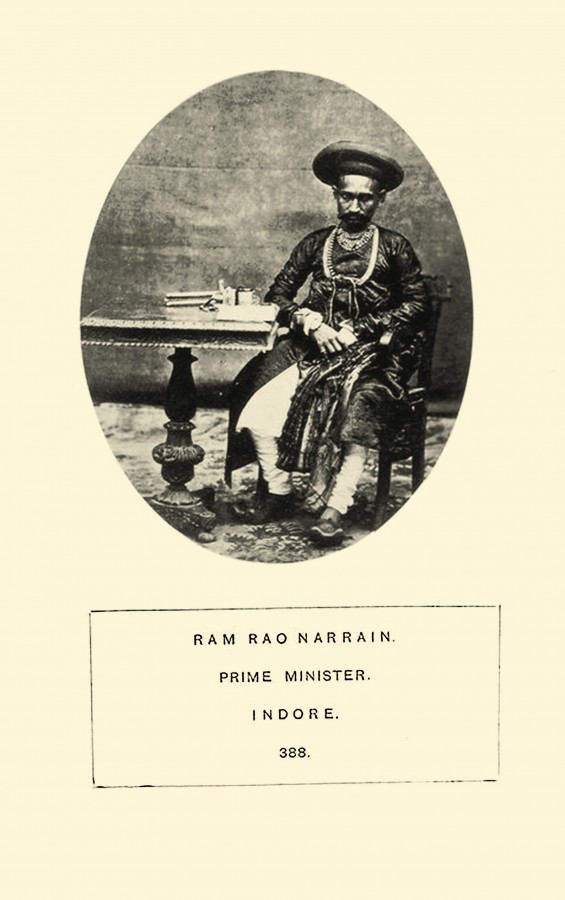 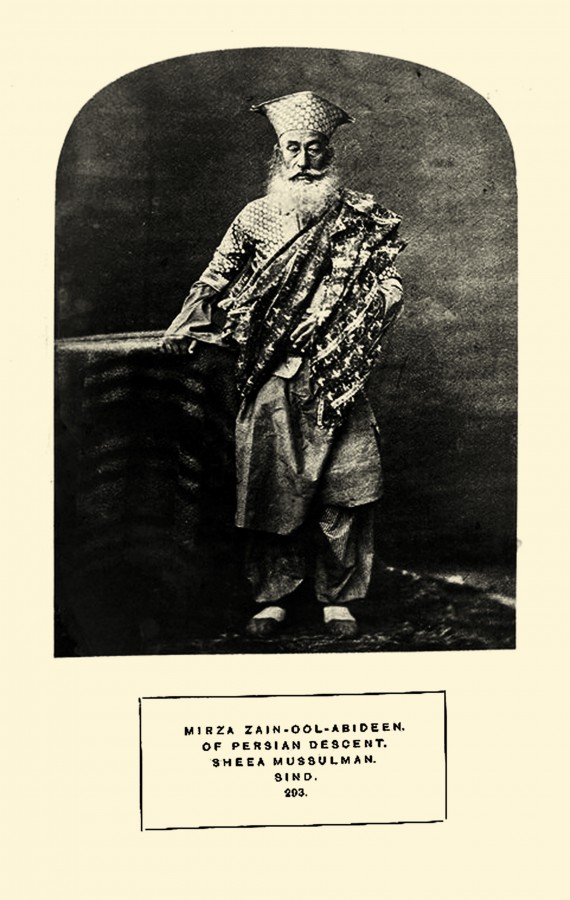 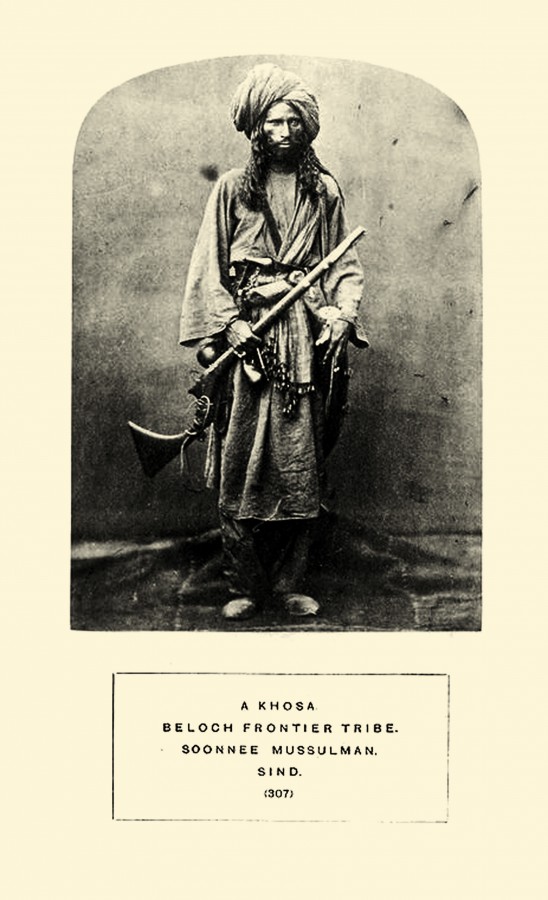 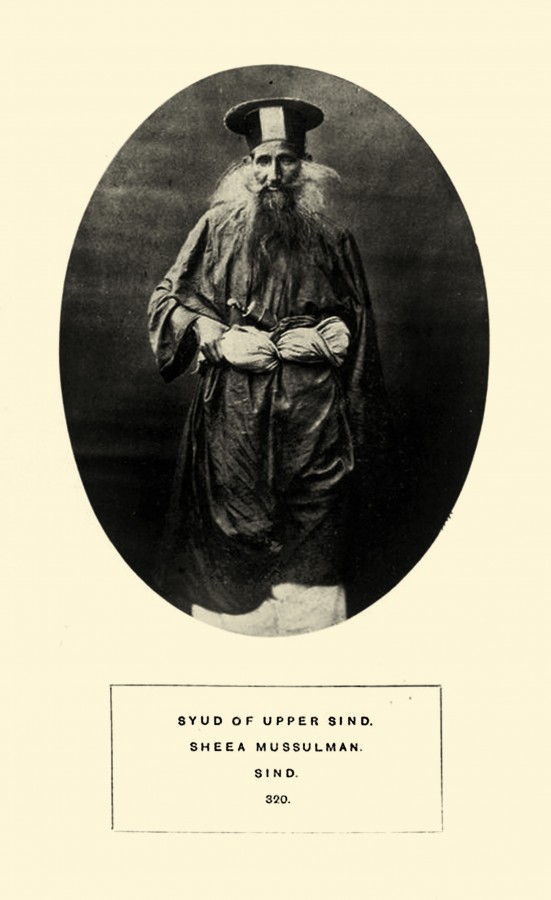 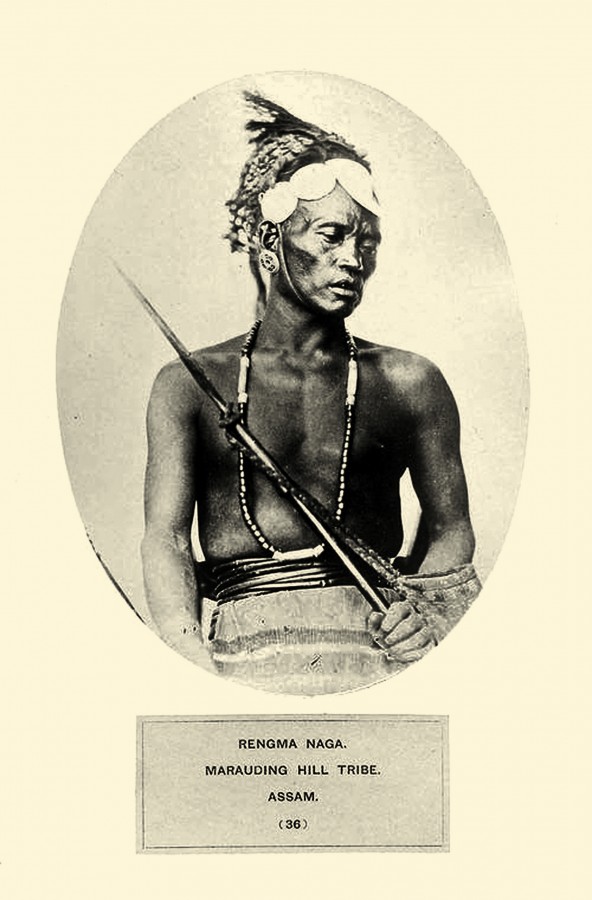 (This is an essay from our December 2013 print quarterly, ‘Are we sure about India?’. See more from the issue here.)