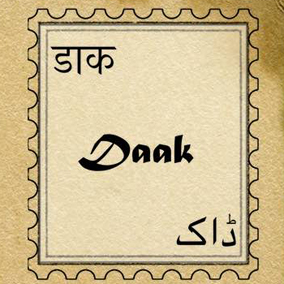 In this episode of Himal Interviews, we bring you Onaiza Drabu and Prachi Jha, who talked to us of their literary project, Daak (daak.co.in), and the challenges and joys of exploring poetry from Southasia.

As Drabu and Jha discussed in the podcast, the four poets whose poetry is read here come from different parts of the Subcontinent, each of whom displayed a unique brand of feminism and femininity, creating a lasting impact on their readers and listeners.

“Women should be seen and not heard” was, and in some contexts continues to be, an oft-repeated talisman in schools, households and public spaces. The violence of the act of silencing women (and subsequently shaming them for being ‘heard’) is masked by the seemingly benign pretext of upholding their honour and respectability. The mere act of expression, of using their voice to talk about their experiences, becomes a powerful act of defiance.

These four poets dared to be heard, and in the timelessness of their expression and articulation of the joys and trials of womanhood, their voices transcend geographies and politics.

He gazed at me through the door
Wonder who showed him where I lived!
And I ached with love in every limb
Forever a young girl I am in desire

Pretty posies I make for you,
Come and enjoy my pomegranate bloom.
I am the earth and you are the sky,
You are the lid to cover the secret.

Lost in her world of dreams, Leila
Lit her lamp in the dark!
I am the moth and you my lamp!
Enjoy my pomegranate blossoms

Let the path be unknown, and you alone

Those feet must be someone else’s, which were defeated,
Which returned after surrendering their resolution to obstacles,
My feet are different: unafraid of sorrow, eager to create,
My feet measuring immortality,
In their quest to reinvent
They will create a golden era even in darkness.

Those stories must be someone else’s
The sounds of which were destroyed in vacuum, and all traces lost in dust,
My story is one which even amazes destruction,
I create every day,
A market of pearls,
And a festival of sparks.
Let the path be unknown, and you alone!

(Translated from Hindi by Prachi Jha and Ashok Kumar Jha)

Dear one, I too, am a riddle

Ceaselessly, from all pores of my being,
Flows the torrent and the fire.
I love detachment and desire
Awakening in my breath.
Dear one, I was cradled in the lap of limitation,
But I have also played with the limitless.

(From Mahadevi Varma: Political Essays on Women, Culture, and Nation by Anita Anantharam)

Why not let me speak in
Any language I like? The language I speak,
Becomes mine, its distortions, its queernesses
All mine, mine alone.

It is I who drink lonely
Drinks at twelve, midnight, in hotels of strange towns,
It is I who laugh, it is I who make love
And then, feel shame, it is I who lie dying
With a rattle in my throat. I am sinner,
I am saint.

Gift him what makes you woman, the scent of
Long hair, the musk of sweat between the breasts,
The warm shock of menstrual blood, and all your
Endless female hungers.

An excerpt from Kufr:

That was our tryst, yours and mine
We slept on a bed of stones
And our eyes, lips and finger tips,
Became the words of your body and mine
They then made translations of this first book
The Rig Veda was compiled much later.

(Translated from Punjabi by Prachi Jha and Ashok Kumar Jha)

When I entered your bridal chamber
I was not one but two persons.
One’s marriage had consummated and complete
the other had remained a chaste virgin.

To fulfil our union
I had to kill the virgin.
And kill her, I did.
Such murders are sanctioned by the law
Only the humiliation accompanying them is illegal.
So I drank the poison of humiliation.

But when I saw myself in my mirror,
there she was before me;
The same one I thought I had
murdered during the night.

Oh, god!
Was the bridal chamber so dark that I could not tell
the one I had slain
from the one I did, in fact, kill.

(Translated from Punjabi by Khushwant Singh)

~ More recent interviews and podcasts by us.