Many Malaysian Indians may feel marginalised, but there is nowhere else they would rather live. Especially not the Subcontinent of their ancestors. 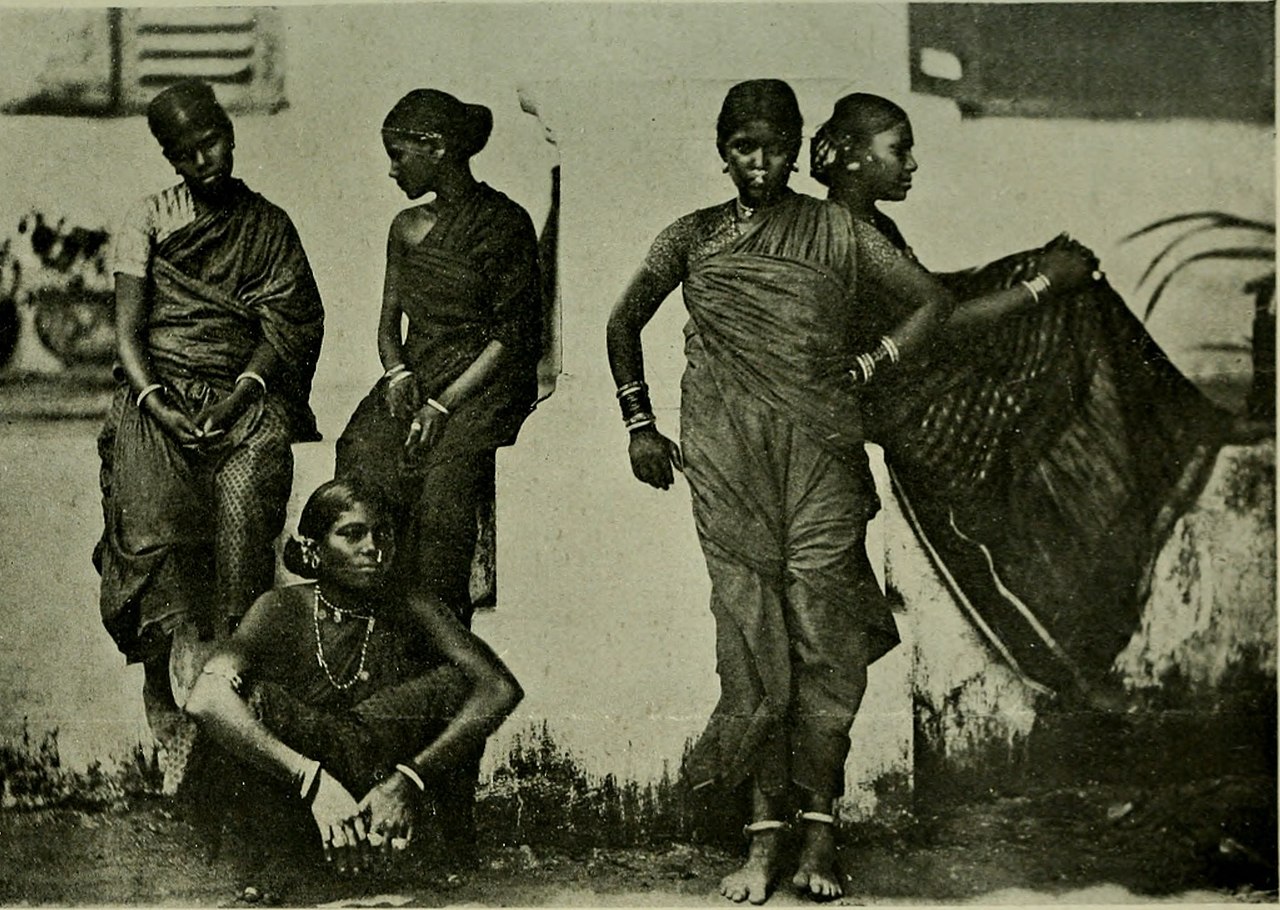 Despite a history of migration that goes back two centuries, a fair representation in the ruling coalition government and enjoying the fruits of the country’s economic growth, Malaysia’s Indian community sometimes sees itself as a marginalised group.

Malaysians of Subcontinental origin today make up 1.5 million of the country´s 20.7 million population. The rest are 12 million Bumipulcras (sons of the soil— Malays), 5.3 million Chinese, 600,000 of ´Other´ races and 1.3 million non-citizens.

The Indian representation in the Government is via the Malaysian Indian Congress, or MIC, which is led by the authoritarian, often temperamental and embarrassingly emotional S. Samy Vellu. An architect by background, Mr Vellu is not seen as a very serious representative of the minority Indians. Often given to outbursts, threats and tears directed at his own community when he feels his ´rule´ is being questioned, Mr Vellu is unfortunately the only official voice of the Indians in government. Challenges have been mounted against his control of the MIC, but these have effectively been squashed with support, it is said, from the highest levels of government.

Two years ago, Mr Vellu took particular umbrage at an Indian university lecturer who had suggested that Tamil-speaking Malaysian Indians came from the labourer class of Tamil Nadu, while Sri Lankan Malaysians were from a belter background since they came to Malaysia as clerks. Taking this as an affront to the community as a whole, Mr Vellu threatened to send hit squads after both the the lecturer and the journalist who reported her ideas.

By and large, the party which Samy Vellu heads  represents  the  majority-within a-minority Tamil community. The other identities among Malaysian Indians (they could be called Malaysian South Asians) include Gujaratis, Bengalis, Syrian Christians, Muslims/Tamil Muslims, Malayalees, Punjabis, Sinhalese, Marathis, and so on. As with the case of Mr Vellu, all Indians are very particular on how they are grouped.

For the sake of convenience, the Malaysian government lumps all people of South Asian origin under the category ´Indian´. While this seemed to have worked 25 years ago, Malaysians of Indian origin have now decided to revert to their ethnic communal groups, in order, among other things, to circumvent the official quota system which sometimes makes it difficult for them to acquire housing, education and employment opportunities.

The government´s New Economic Policy, which is actually a policy of positive discrimination, sanctions a quota system that favours the Malay community over other races. The Malays are the Bumiputera, and they benefit from reservations in all sectors, from university entrance to government as well as private employment, and home ownership. Up to 70 percent of jobs in government are reserved for the Bumiputera, and they receive five to seven percent discount for purchase of all types of houses. Some Malaysians feel that if there is one group that should really qualify for Bumiputera-hood then it is the indigenous Orang Asli, Malay for “original people”. The Malays, on the other hand, are largely descendants of early migrants from the Indonesian archipelago.

While Malaysia´s extreme form of affirmative action could be seen as state-sponsored racism, it has partly helped maintain racial calm in this multi-ethnic nation that still remembers with dread the anti-Chinese riots of the early 1970s. The racial harmony has made it possible for Malaysia´s economic takeoff—the country hopes to reach “industrialised” status and have the same income level as Western Europe by 2020. The government has invested heavily in social sectors such as higher education and health, and the result of this is evident everywhere. The cultural shock that greets visitors flying in from New Delhi to Kuala Lumpur today is the same as if they were travelling from Africa to Europe.

It is not that Indians have not been able to take advantage of this growth. There are more than a few of them who have reached prominence in Malaysian society. To name a few: Ananda Krishnan, the man behind behind Malaysia´s satellite launches Measat 1 and 11, is known to be a close confidant of Prime Minister Mahathir Mohamad (who is himself of part-South Asian descent); Tan Sri Kishu, owner of the extremely old, extremely popular and still thriving Globe Silk Store and Tan Sri Ubaidullah, the mega-millionaire philanthropist, are two of the well-known businessmen of Indian origin; Clifford Herbert is the right-hand man of the Finance Minister Anwar Ibrahim (who is also the Deputy Prime Minister).

But even as Malaysia prospers and the standard of living of all its communities soar, many non-Malays see less and less reason for the government reservations. There is dissatisfaction among young non-Malays, who see Malay classmates with lower grades superceding them in medical school or in university.

Since the quota system segregates Malaysians into four groups—Bumiputera, Chinese, Indian or Others—many among the Indian community have chosen to place themselves under ´Others´, as this provides better opportunities in education and employment. This category was originally created to cover the Orang Asli and the tiny Portuguese, or Eurasian, community. To be included in ´Others´ now, many Punjabis argue that they are not of Indian origin as they hail from Punjab in as much the same way as the Ceylonese effectively argue they come from Sri Lanka, not India. The Indian Muslims have ingeniously grouped themselves as Bumiputera, putting forward as a reason the official Islamic religion of Malaysia.

The original immigrants from India—now third- and fourth- generation Malaysian citizens—came to the then-Malaya in the early 19th century, soon after the establishment of the Straits Settlements by the East India Company. At that time, the British were in Malaya and immigrant labour came from the three nearby densely populated regions of Java, China and India, in line with the “cheap colonial labour” policy. Indian labour was preferred because it was cheaper than the Javanese and Chinese.

In the beginning, convict labour was brought to develop the colony, but this was suspended in 1860. The flow of Indians increased at turn-of-century with the colonial administration´s expanded requirements for the sugar and rubber plantations. The depressed socio-economic conditions in South India (such as pressure on land, the caste system, etc.) made for large numbers of willing migrants. The Indians were also used to being colonial subjects to British rule and to low standards of living, which suited their new masters fine.

Well-behaved and docile, the Indians were considered superior labour because, as one historian wrote: “They were quiet, amenable to discipline, and very quick to learn and adapt to most kinds of agricultural work.” Finally, the colonial government favoured an increase in the Indian population to counterbalance the growing Chinese population in Malaya.

Even today, a majority of the country´s plantation workers are of Indian origin. But they are a forgotten lot, and lag behind other Malaysians in education, housing, sanitation, water supply and access to health services. Plantations Indians (mostly Tamil) helped lay the foundation of Malaysia´s strong economic performance after independence.

More than a million labourer families live in the 1300 plantations that dot the Malay Peninsula. With the National Union of Plantation Workers having been largely ineffective in improving their lot, the socio-economic condition of the labourers continues to stagnate even as the rest of the country prospers. While the average per capita income of Malaysians almost trebled in the 20-year period until 1995, that of plantation workers rose only marginally. Studies show that the real income of rubber tappers has actually dipped in the last two decades.

There are examples of plantation “boys” moving out of the traditional occupation of their forefathers, and through hard work and sheer diligence become university lecturers, bank officers and businessmen. But these are the exceptions. Today, the plantation communities are losing their jobs to new Bangladeshi and Indonesian contract workers who are willing to work for less money. The new migrants already make up half the plantation workforce.

The wave of legal and illegal migration from the Subcontinent, while highlighting the status of plantation Indians in Malaysia, is also proof of how far behind the Subcontinent´s standard of living and unemployment levels are. (See Himal, November/December 1996). Thus, ironically, the recent South Asian economic migration shows that no matter how tough things may be in Malaysia for some sections of the Indian plantation community, it is still much better than in the Subcontient. The fact that Indian Malaysians are not migrating in droves to Britain, the United States or Australia like their subcontinental cousins—or even Singaporean Indians—is perhaps proof enough.

– M. Iyer is the pseudonym for a Kuala Lumpur-based freelance writer.

Care, coexistence and predation in a recent Hindi film on human-animal relations.

On borders and maps as concrete sites of state violence.