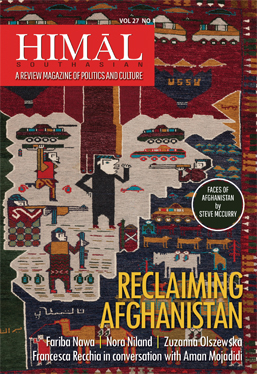 The year 2014 is being described as one of ‘transition’ in Afghanistan, with the impending drawdown of US and NATO forces. Escalating attacks have produced fears that the military withdrawal will lead to a spiral of violence. The dominant narrative around the disengagement centres on the military, economic and social aspects. There are doubts about the ability of the poorly trained and motivated Afghan National Army to counter Taliban offensives. The anticipated reduction in international aid poses a severe challenge for an aid dependent country whose economy is anything but robust. As for the social sphere, the fear is that the Western departure will lead to a regression on human rights and women’s rights promoted following the US-led intervention in 2001.

The counter-narratives welcome the withdrawal of US and NATO forces and view the situation as an opportunity for Afghanistan to chart its own path. From this standpoint, the long-term foreign involvement has failed to ensure security, functioning governance structures or economic stability, especially considering the exorbitant human and material costs of war. Supporters of this position range from anti-war advocacy groups to commentators and experts, some of whom decry what they perceive as Western imposition, and believe that Afghans are best left to themselves after many years of intervention.

These sharply contrasting positions reflect the polarised nature of debate on Afghanistan, and indicate the linearity in the understanding of the country that has emerged as a result of continual conflict since the Russian invasion in 1979. Our quarterly issue Reclaiming Afghanistan seeks to introduce new perspectives and raise critical questions. Will the Western withdrawal really translate into a disaster for the country? Or will it open up new spaces of opportunity? Can Afghanistan reclaim sovereignty from the international community? Will Afghans assert ownership and wrest control of their society from predatory leaders? In what ways will Southasia, especially Pakistan and India, engage with Afghanistan? Are there advantages to situating the country in the regional Southasian context?

As well as the print-exclusive articles available when you purchase your copy of Himal Southasian, we offer you these web articles to further broaden the debate. We look forward to your feedback.

The many faces of the diaspora by Fariba Nawa

Barometers of ‘success’ by Jennifer Fluri

In too deep by Raza Rumi

The war bubble by May Jeong

The lessons never learnt by Tom A Peter

What happens next? by Barbara Stapleton

Defusing the 2014 myth by Ayscha Hamdani

Reaching out to Central Asia by Gulshan Sachdeva

House of reform? by Bob Dietz

Peace, justice and conflict in Afghanistan by Sari Kouvo and Ehsan Qaane