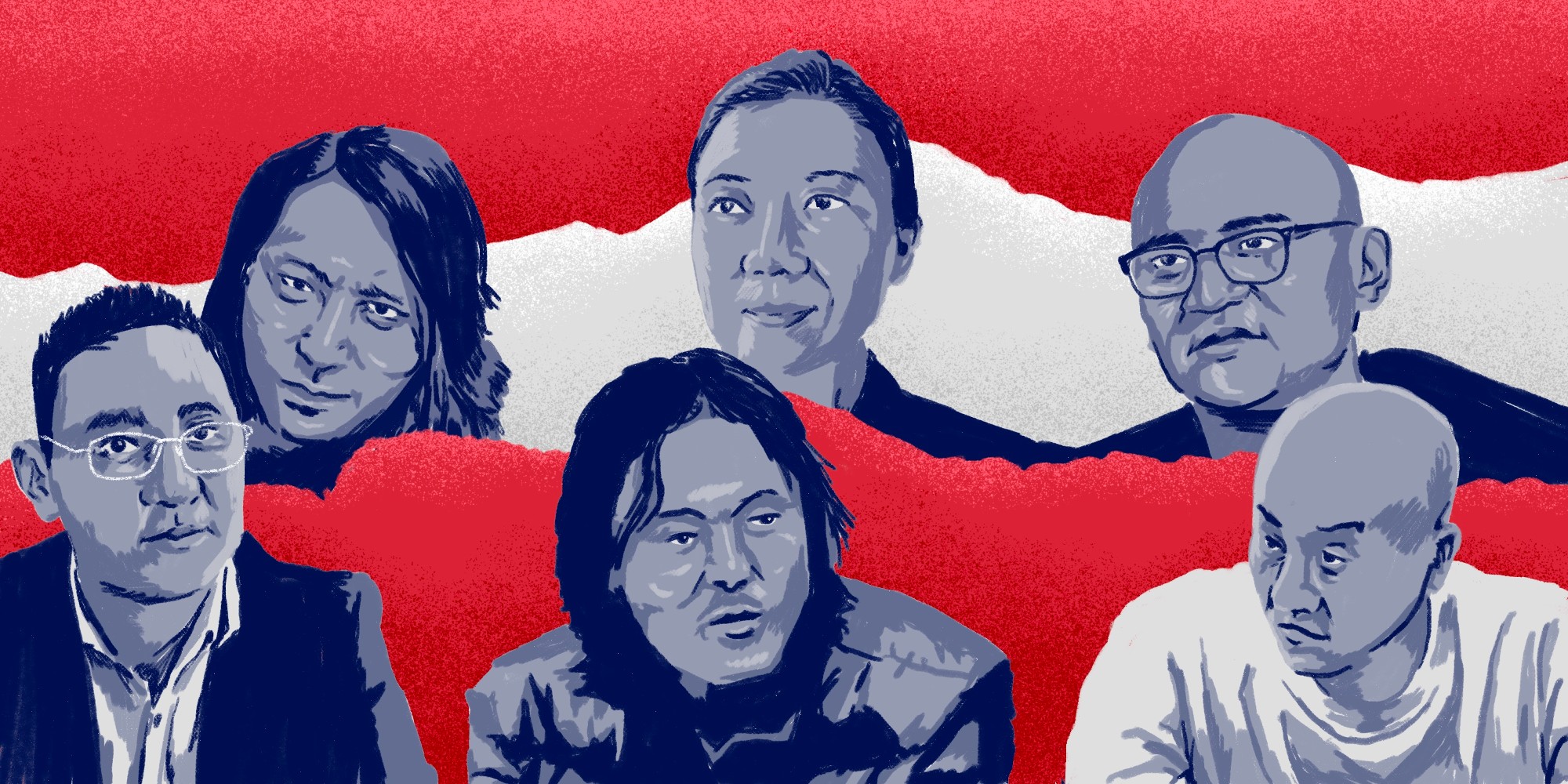 The predicament and precarity of Tibetan intellectuals in China.

According to Michel Foucault “the intellectual was rejected and persecuted …when it was forbidden to say that the emperor had no clothes.” The thick mist of the pandemic has shrouded the intensified crackdown on intellectuals in China. Tibetan and Uyghur intellectuals have undergone targeted repression with increasing severity in recent years. Recently, influential Tibetan intellectuals like Go Sherab Gyatso (Gosher) have been arrested with no evidence of crime or criticism against the Chinese state, apart from their intellectual writing and teaching. The likes of Gosher or the Tibetan author Shokdung are primarily known for their cultural criticism and social commentary that have caused a considerable stir in the Tibetan intellectual world. They are proponents of multicultural pluralism and secular values in an environment of increasing repression of freedom of speech and religious dogmatism (eg. aggressive campaigns such as “the new ten virtues movement” at Larung Gar). Thus, ironically, intellectuals like Gosher and Shokdung are also condemned to ostracism and internal exile by Tibetans – a price they must pay on top of persecution and criminalisation by the state. This essay reflects on the predicament of Tibetan intellectuals in China and the debates on responsibility, and refusal to be part of the state machinery.

The Tibetan term she yon chen, which means “intellectual” or more broadly “learned”, is a neologism. More importantly, its reference to a social group is a relatively new signification and social phenomenon. It is the translation of the Chinese term zhishi fenzi which is also a novel term and social category. Zhishi fenzi originates from the Japanese term chiteki. Since the early decades of the 20th century, Chinese communists have had a complicated relationship with its intellectuals or zhishi fenzi as a social group whose existence as an independent class was denied, yet came to be defined as “a group of qualified but politically unreliable people”.

Shokjang bemoans: “our intellectuals have become mute and limbless.

Interestingly, she yon chen does not seem to carry over cultural prejudices, and unlike zhishi fenzi in the Chinese context, Tibetans employ the term she yon chen for intellectuals as a broader and inclusive category. The she yon chen on one level includes school teachers, writers, poets, translators, journalists and so forth without any stipulation. It could be any person of erudition, lay or clerical. On another level, the idea of the intellectual demands a sense of duty and courage to speak for the collective, especially from those who have a greater presence in the public sphere. This hints at how Tibetans conceptualise a distinction between what Antonio Gramsci calls “traditional” and “organic” intellectuals, or more generally between “men of letters” and “public intellectuals.” The influence of public intellectuals as “idea workers” is not unchecked or unencumbered by social expectations. It begets varying degrees of responsibility for society, and public intellectuals are expected to be on the side of the public and in constructive opposition to the state. This sense of responsibility has created a discourse around refusal as moral responsibility amongst Tibetan writers and intellectuals in the People’s Republic of China (PRC) today. While it is difficult to assume that there is a collective identity or (self)consciousness amongst Tibetan intellectuals as a social group, recent critical public debates and discourse have attempted to define and delineate who public intellectuals are or what their social responsibilities are.

In the post-war period, philosopher Jean-Paul Sartre called for writers and literary practitioners to participate in political and social discourse and to take individual responsibility in society. He had considerable influence on generations of writers and intellectuals in Asia. The ongoing Tibetan discourse on intellectuals’ responsibility or responsibility of literature resonates with, though in a very different political context, the Sartrean idea of the “engaged intellectual.” The prominent writer and dissident Drukar Gyal (aka Druklo or Shokjang), in an article titled “Delusions of Intellectuals” (shes yon can gyi nyon mongs), scathingly critiqued Tibetan intellectuals who have become mouthpieces of the Chinese state by becoming journalists in state-owned media corporations or bureaucrats within the state apparatus. Shokjang’s critique not only calls out individuals but also inaugurates a series of critiques and rebuttals among a few prominent writers. These debates illustrate the perplexing position of Tibetan writers and intellectuals in negotiating their relations with the state. Shokjang proclaims, “speaking truth is the duty of intellectuals (she yon chen). The one who is not courageous enough to speak the truth is not an intellectual. This responsibility of speaking the truth is not decreed by law. It is imparted by the intellectual’s own discernment. It is not imposed on him by any force or authority.” While it is difficult to maintain that Tibetan intellectuals possess a consciousness of shared responsibility or collective identity, Shokjang clearly conceives the she yon chen as what might be called “public intellectuals” in the west who are generally expected to adhere to a certain degree of moral consistency and commitment to speaking the truth and exposing lies. Edward Said argued, in his Reith Lectures (1993), that the goal of the intellectual is to speak the truth and “to advance human freedom and knowledge.” Other prominent public intellectuals like Howard Zinn and Cornel West have voiced similar views on the social function of intellectuals and called on their capacity for moral outrage to speak against injustices.

Ironically, capitalism seems to have created a space of relative freedom where Tibetan intellectuals can contribute and participate in various forms of cultural production and entrepreneurial endeavours in China.

Shokjang bemoans: “our intellectuals have become mute and limbless. It may be said that there is not a single intellectual today. Those who once aspired to be intellectuals are now slaving at propagating lies day and night. They have surrendered to power, profit and prestige. Instead of protecting the weak and poor, they are standing on the side of the powerful.” Here, Shokjang explicitly criticises Tibetan intellectuals who became bureaucrats by working in state-owned media and other sectors of government employment. For instance, Shokjang holds Tri Sempa’s career decision to become a journalist for the state as forfeiture of the responsibility and the ideals an intellectual is supposed to embody. Yet, what makes the critique slightly problematic is that it presupposes Tibetan intellectuals have space outside of the state to operate and carry out their intellectual vocation. I certainly do not suppose that Shokjang is oblivious to this fact. Rather, he calls for radical refusal and resistance to cooperate with or associate in any form with the PRC state as a moral responsibility. As a former political prisoner, Shokjang has proven his commitment and courage to speak against political repression and injustice. His advocacy for refusal as responsibility is not only a symbolic act of personal sacrifice but also of moral consistency and integrity.

Intellectuals generally operate within or outside the state, public institutions or private entities like universities. Doubtless, Shokjang’s refusal to be part of the Chinese Communist Party’s (CCP) state apparatus is admirable and consistent with his ideal(s) of what a public intellectual ought to be. Nevertheless, his critique falls short of recognising the material conditions of Tibetan writers and intellectuals in China and the near-absence of “non-state” spaces for them to survive, let alone thrive. This politics of refusal and responsibility belies the peculiar predicament and precarity of Tibetan intellectuals who are driven to chart new ways of thinking, doing, or refusing intellectual work altogether.

Ironically, capitalism seems to have created a space of relative freedom where Tibetan intellectuals can contribute and participate in various forms of cultural production and entrepreneurial endeavours in China. While idealists like Shokjang might still scorn them, it is still a path Tibetan intellectuals pursue without selling themselves entirely in exchange for the ‘iron rice bowl’ of the CCP. For instance, the poet and literary scholar Gangshun (aka Sangye Gyatso) is today what some might call an “entrepreneur-intellectual” who has produced almost all of Pema Tseden’s films. Capitalising on the state policy of tourism as a development strategy in Tibetan regions, he also runs a number of cultural enterprises catered towards tourists in Amdo and has become a business pundit, leading workshops and guiding business start-ups (on Gangshun’s work with Tseden, read his 2017 poem “This is How We Quietly Work” translated by Francoise Robin with an accompanying essay in High Peaks Pure Earth). Even the former political prisoner Theurang (aka Tashi Rabten) has launched a small teahouse business in Ngawa county, claiming that one has to feed oneself with one’s own hands. This increasingly common phenomenon of career adjustment and partnership of Tibetan entrepreneurs with intellectuals have given birth to a flourishing number of innovative entrepreneurial ventures across the Tibetan plateau, from educational and small business initiatives to cultural production firms and business partnerships. This is not to suggest that the Chinese market operates like a liberal free market economy, but capitalism with Chinese characteristics does seem to offer a space of relative freedom. It is such self-strengthening economic activities, geared towards the vision and work of cultural production, that allows Tibetan intellectuals to enjoy a degree of freedom and social mobility. This is the predicament of Tibetan intellectuals in China where space for civic freedoms and rights is severely constricted, a situation perhaps inconceivable to their counterparts in democratic states.