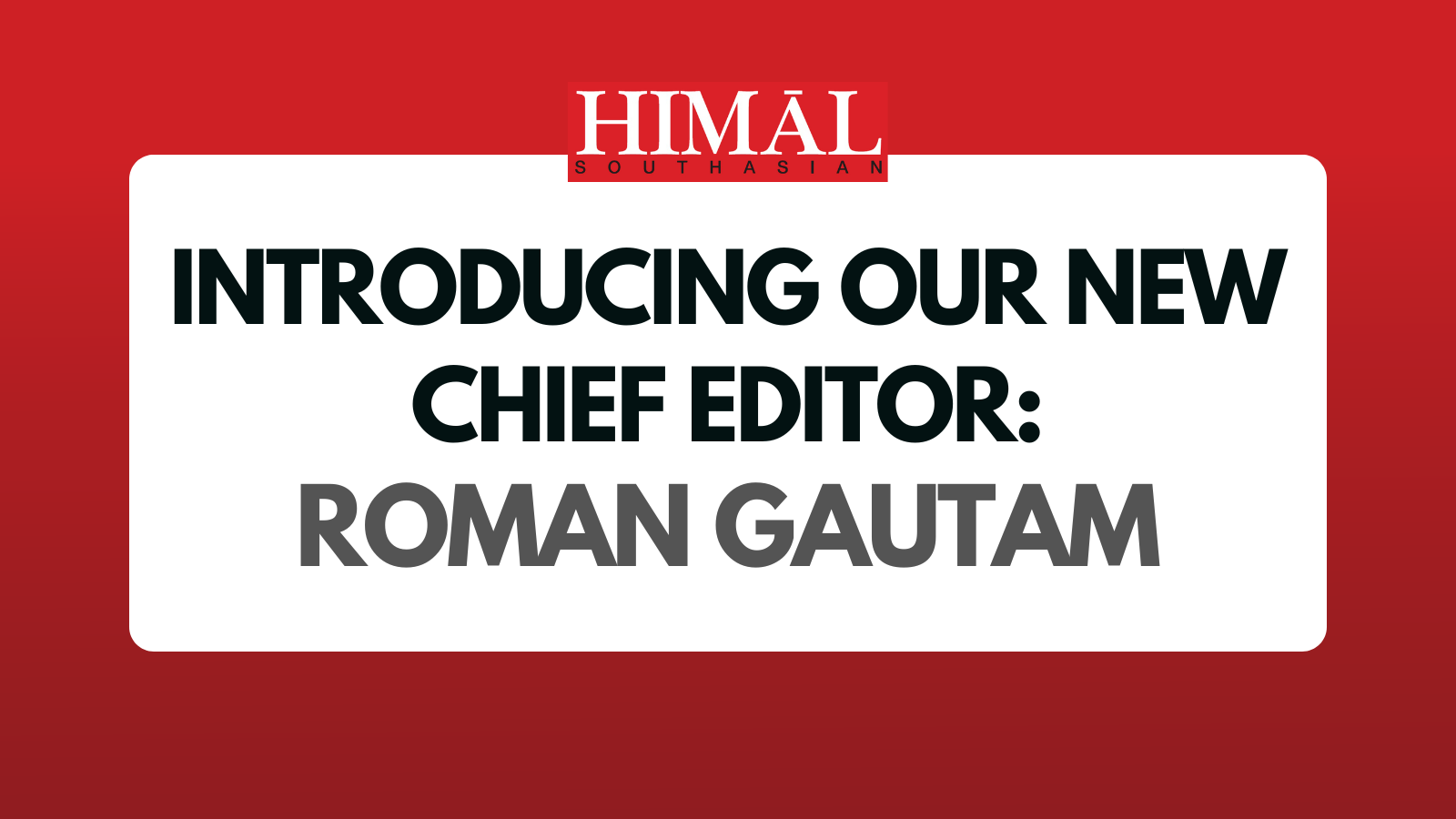 The Board of Directors of Himal Southasian is happy to announce the appointment of Roman Gautam as the new Editor of the online magazine.

Mr. Gautam will take up the position on 1 December 2022, succeeding Shubhanga Pandey, who has left to pursue scholarship after two and half years as Editor.

A native of Kathmandu, Mr. Gautam has over a decade of experience in magazine journalism in the region. He comes to Himal Southasian after nine years at The Caravan, the award-winning magazine of narrative and investigative journalism published from Delhi, where he served as Senior Editor.

Mr. Gautam earlier worked at Himal Southasian as Desk Editor from 2011 to 2013, when the magazine was based in Kathmandu.

Says Mr. Gautam: “This region of nearly a fourth of the world’s population is undergoing such unsettling socio-political change and facing so many challenges to free expression. Himal must continue the work of keeping independent journalism alive. I’m grateful to the Board for their trust in me. After some years as a South Asian away from Himal, I’m glad to be a Southasian again.”

(At the very end, Mr. Gautam is referring to Himal’s style guide, which uses ‘Southasia’ as one word.)

“Himal Southasian shifted its editorial anchor to Colombo in 2017 after the magazine came under political siege in its first hometown,” says Nalaka Gunawardene, Chairman of the Board. “Himal is now transformed into an online magazine of long-form journalism with cross-border perspectives, and I hope it will innovate more under our new Editor, who will be leading a remote editorial team distributed across Southasia.”

Kanak Mani Dixit, Founding Editor of Himal Southasian, adds: “Roman Gautam is a top-notch practitioner with experience from handing out assignments to editing long-form copy. Additionally, he is imbued with the Southasian sensibility that is required to lead a magazine that seeks to cover this vast and varied region.”

The Board thanks Shubhanga Pandey for his commendable contribution as Editor, especially in steering the magazine through the coronavirus pandemic, and wishes him the best in his scholarly pursuits. The Board also expresses its appreciation of the work of Raisa Wickerematunge, who served as Acting Editor during the transition of leadership in recent weeks.