Pakistan’s public archives are failing the country’s people and history, and private archives can only do so much. 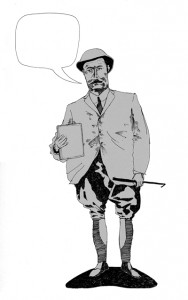 As soon as the British annexed Punjab in 1849, they undertook an extensive study of the newly acquired colony, travelling to every village and gathering information about it, as they had already done in other parts of India. With the help of local translators, British officials collected oral histories explaining each village’s origin; recorded the number of temples, gurdwaras and mosques there; detailed the surrounding land, flora and fauna; and noted the caste composition of every village’s population. Their reports also included information from archaeological surveys around certain villages, along with handmade maps. The information was collected in Urdu, and occasionally in Persian, the former official language that was still spoken by the native elites. The British administration then opened a file for every village, where they collated all related documents. These were the ‘Settlement Reports’.

If some had thought nuclear power would provide ‘clean energy’ to fuel India’s energy demand, it does not look like India’s nuclear industry is up to the task.