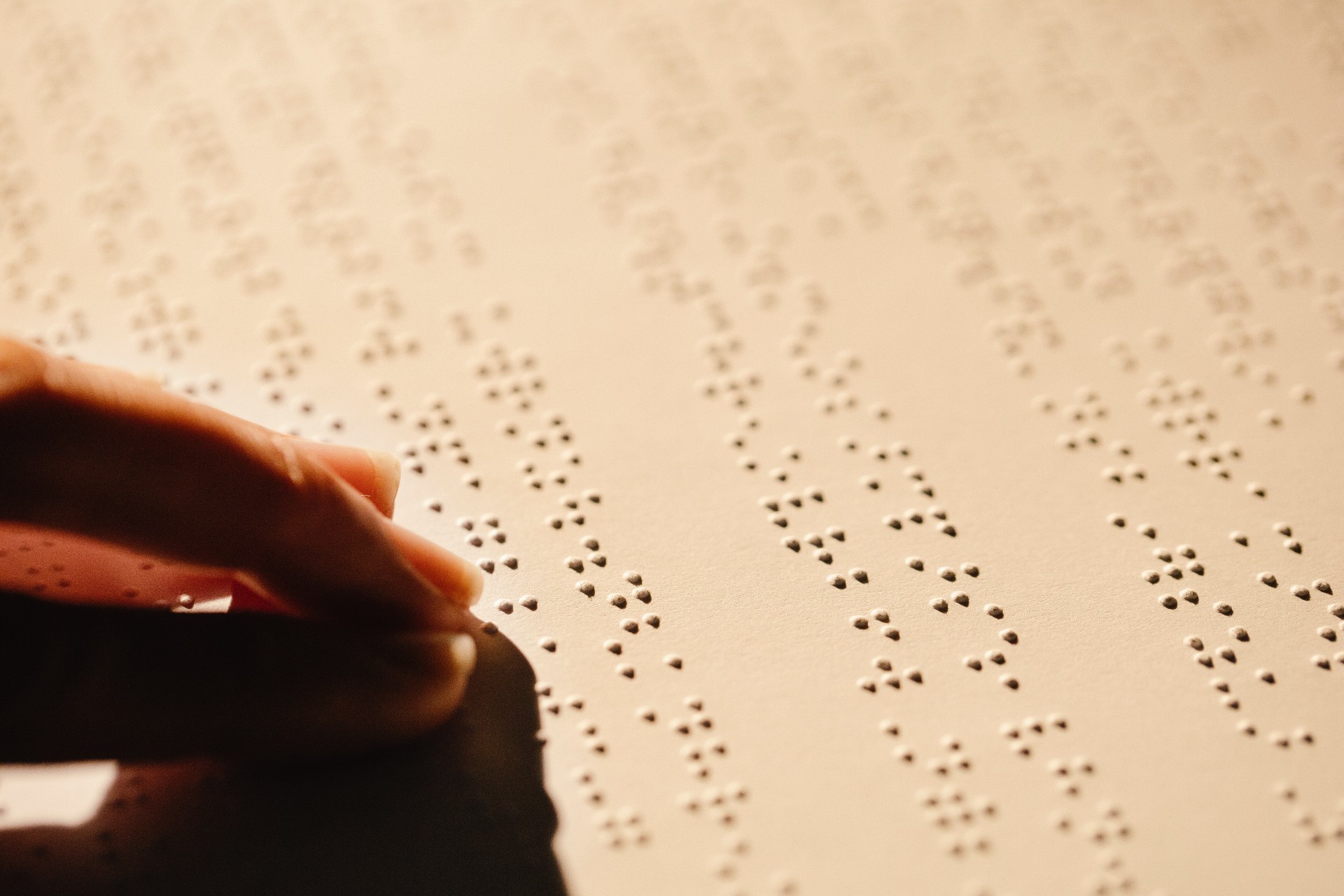 Listen to this article:

Believing in this sense of touch, Louis Braille, a 19th-century Frenchman who was blind himself, developed a system of six raised dots on paper that enabled blind people to read and write. Louis Braille was inspired by a military code called ‘night writing’, which was developed in 1819 by Charles Barbier for the French army, and which was used for nighttime battlefield communications. Today, Braille is the world’s most widely used tactile reading and writing system and is named after its inventor, Louis Braille. Braille is not a language. It employs a system of raised dots to spell out letters and punctuation. Across the globe, many people with blindness or visual impairment use Braille for reading with their fingertips and can write using Braille writing devices. World Braille Day is celebrated on 4 January each year marking the birth anniversary of Louis Braille.

The COVID-19 pandemic has reinforced the importance of making information available in multiple languages, in accessible formats including Braille and audio versions.

Braille consists of an arrangement of raised dots in a cell. Each cell is made up of six raised dot patterns, arranged in a rectangle containing two columns of three dots each.  The dots create 63 different patterns. Each cell represents a letter of the alphabet, number, punctuation mark or other print symbol.

For example, if you want to write ‘Himal Southasian’ in uncontracted English Braille, it will look like this:

But if you write Himal Southasian in contracted English Braille, it will appear like this:

According to the World Braille Usage Survey (2013), there are 137 unique Braille codes used in 142 different countries of the world. Out of these numerous codes, there are around 16 unique Braille codes from a total of 20 codes used for Southasian languages. The story of Braille in Southasia starts with the establishment of the first school for the blind in Amritsar (British India) in 1887. This school, known as ‘The North India Industrial Home for the Blind’, was founded by an English woman named Annie Sharp (1858-1903) on the premises of St Catherine’s Hospital in Amritsar. In 1903, the school was moved to Rajpur and was renamed as ‘Sharp Memorial School for the Blind’ in memory of its founder. Later, schools for the blind were established in Palayamkottai (1890), Ahmedabad (1895), Calcutta (1897), Ranchi (1898), Mumbai (1900), Colombo (1912) and Karachi (1923).

The opening of these schools ushered in the use of Braille in the region. At one point of time, there were more than 11 different kinds of Braille codes which were in use in the region. These included Shirreff Braille; Gujarati Braille of Dr Chatrapati; Tamil Braille of Miss Askwith; Mysore and Kannada Braille; Chatterjee Code; Oriental Braille by Rev. J Knowles and L Garthwaite, Shah Braille, Sindhi Braille of P M Advani, Standard Indian Braille under the chairmanship of Sir Clutha Mackenzie and so on.

But this multiplicity of Braille codes in Southasia was creating hurdles in blind education. This led to efforts to form a common Braille code for Indian languages and later for other languages of south and southeast Asia. In 1902, two British missionaries, G Knowles and L Garthwaite, representing the Foreign Bible Society, published a Braille code named ‘Oriental Braille’ which aimed to provide a single Braille code for all oriental languages.

In 1951, the government of India presented a common code for Indian languages at the Asian Regional conference on Braille Uniformity, held in Beirut. This common Braille code named Bharati Braille was first approved for use in India, and later adopted for use for Sinhala in Sri Lanka, Nepali in Nepal and Bengali in Bangladesh. Because of orthographic differences, Pakistan did not accept Bharati Braille for writing Urdu and instead adopted the Braille code used for Persian. Likewise, Bhutan has its own Braille code for Dzongkha, the national language of Bhutan. It is based on English Braille and has Braille values for 30 native consonant syllables, 6 foreign consonants, and 4 vowels.

There are around 16 unique Braille codes from a total of 20 codes used for Southasian languages.

Listen to Manoj Yadav from New Delhi reading his essay in Hindi Braille:

#Gandhiji‘s self-confidence is inspirational, it shows me light in the darkness: Manoj #RelianceDrishti #Braille pic.twitter.com/hTxBbLcvjj

Bharati Braille is a semi-unified system for Southasian languages that enables blind and visually impaired people to read and write through touch. It is a linearised alpha-syllabary, where each Braille character roughly represents a grapheme. Bharati Braille is based on the six-dot standard Braille system. Bharati Braille for each individual language differs in a few Braille characters to accommodate some language specific phonological peculiarities. In India it is used for writing Hindi, Tamil, Marathi, Gujarati, Bengali, Kannada, Punjabi, Assamese, Malayalam, Nepali, Odia, Telugu, and Urdu, All these Braille codes are available in both contracted (grade 2) and uncontracted (grade 1) types, although contracted codes are not widely used.

A comparative chart of Southasian Braille codes for vowel syllables can be seen in the following table:

As seen in the table above, Braille code values are sometimes reversed in different scripts. For example, Sinhala code for ĕ එ is ⠑⠀(15) and for e is ඒ ⠢ (26) which is the other way round in Tamil and other Southasian Braille codes.

The multiplicity of Braille codes in Southasia was creating hurdles in blind education.

Braille isn't used just for transcribing and writing books and periodicals. It is also embedded in public signage like lift keypads, gate signs, and restaurant menus, as well as on life-saving items like medicines. It is used on legal documents such as bank statements, cheques, and bank cards making them more accessible. Braille signage provides blind and visually impaired persons accessibility. It keeps them safe and helps maintain their independence. Unfortunately, Braille signage is often not easily available in Southasian public space, and this denies accessibility to people who are blind or visually impaired. On the other hand, the COVID-19 pandemic has reinforced the importance of making information available in multiple languages, in accessible formats including Braille and audio versions, so that everyone can access vital information to protect themselves. Although Braille codes are standardised for many of the major languages of Southasia, their use is limited because of lack of awareness, support and training.  As a signatory of the UN Convention on the Rights of Persons with Disabilities (CRPD, 2007), local governments and stakeholders in Southasia have to work towards recognising Braille codes as a means of communication, and regard it as essential for education, free expression, and access to information and social inclusion of the blind and visually impaired.

This article is a part of our series Dialectical, which explores the region’s languages, their connections, and shared histories.