There’s more of one than the other in Sri Lanka today. 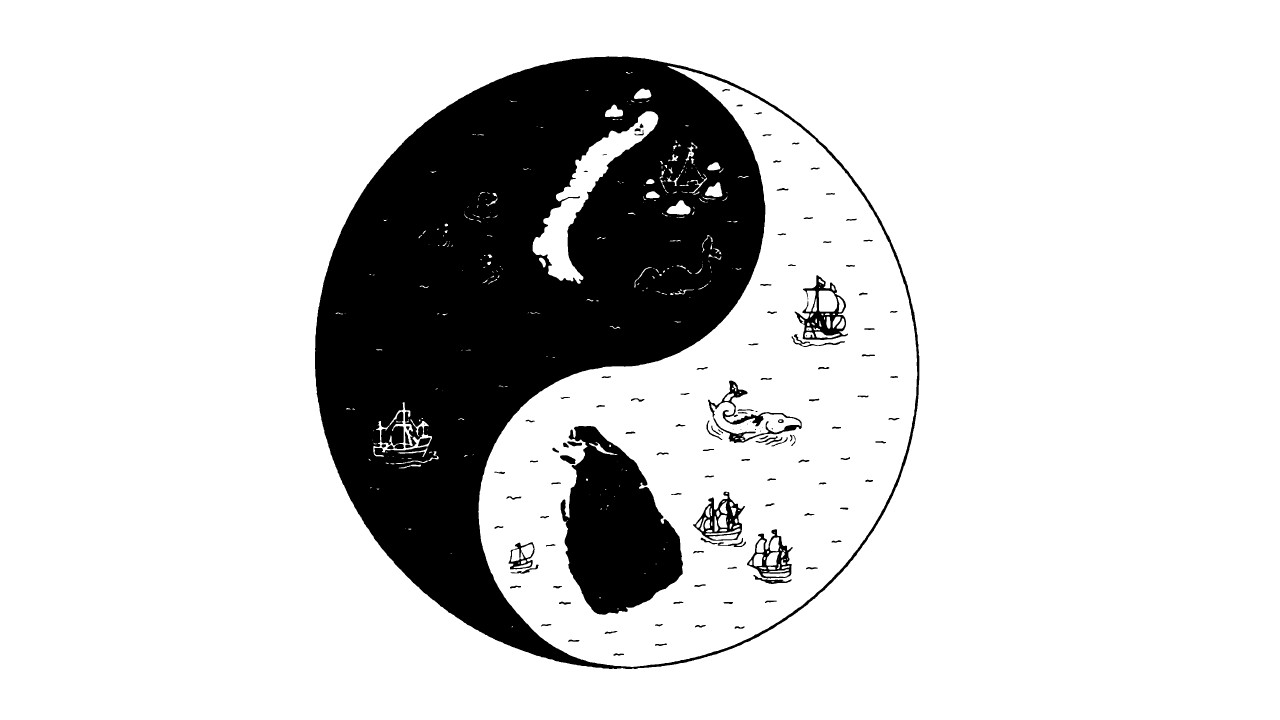 As a part-time lexicographer (I am the Sri Lankan English consultant to the Oxford English Dictionary), I have a special interest in the subject of ‘serendipity’. This is not just because this mellifluous word is indelibly associated with Sri Lanka – based, as it is, on Serendib, the Arabic name for the island – or that it has contributed a notable concept to the English language. Rather, the interest is based on an endeavour to correct two misconceptions surrounding the term. The first of these errors is the belief that the 18th-century writer Horace Walpole coined the word in his book The Three Princes of Serendip. In fact, the story in this book, a fairytale of sorts, was not even written by Walpole, nor did he ever claim that it was. Rather, the book was partly compiled from traditional stories and published in 1557 by a Venetian, Michele Tramezzino. It was only two centuries later, in 1754, that Walpole came up with the word serendipity from an episode in this tale about the quest for a missing camel. Surprisingly, the first direct English translation of Tramezzino’s work appeared only in 1964 as Serendipity and the Three Princes: From the Peregrinaggio of 1557.

The second misconception is that serendipity is synonymous with simple accidental discovery, an idea that is at variance with Walpole’s more complex and metaphorical original meaning. His explanation centres on the heroes of the tale, who, he says, “were always making discoveries, by accident and sagacity, of things they were not in quest of”. Even the definition in the Oxford English Dictionary – “the faculty of making happy and unexpected discoveries by accident” – does not meet Walpole’s prescription of a gift for discovery by accident and sagacity while in pursuit of something else. These ingredients are cumulative and, in the ideal dictionary definition, all would receive mention.

History certainly supports the relevance of the more nuanced meaning through significant examples of accidental and sagacious discovery. There is Columbus’s discovery of America, Alexander Fleming’s discovery of penicillin and Alfred Nobel’s discovery of dynamite. Conversely, there have been some extraordinary, sometimes inane, uses of the word. My favourite is a 1992 catalogue for women’s underwear, on the cover of which SERENDIPITY was emblazoned without further explanation. Then there is the following nugget of wisdom, found on the Internet in 2001: “Serendipity: When love feels like magic you call it destiny. When destiny has a sense of humour you call it serendipity.”

As Robert K Merton and Elinor Barber lament in their definitive interpretation of the subject, The Travels and Adventures of Serendipity (2004):

Serendipity’s initial unique and compendious meaning of a particular kind of complex phenomenon becomes ever more eroded as it becomes ever more popular. Ultimately the word becomes so variously employed in various socio-cultural strata as to become virtually vacuous. For many, it appears, the very sound of serendipity rather more than its metaphorical etymology takes hold so that at the extreme it is taken to mean little more than a Disneylike expression of pleasure, good feeling, joy, or happiness. In any case, no longer a niche-word filling a semantic gap, the vogue word became a vague word.

And it certainly is in vogue. Merton and Barber reveal that, although serendipity was used in print only 135 times by 1958 (as near as they could tell, anyway), it appeared in the titles alone of at least 57 books between 1958 and 2000. Furthermore, the word was used in newspapers 13,000 times just during the decade of the 1990s. A few mouse clicks will find that serendipity is to be found in some eight million online documents.

Inevitably, the “Disneylike expression of pleasure” concept of serendipity is utilised – dare one say, overused – in most tourist publications on Sri Lanka, usually to describe the paradisiacal discoveries possible within the island’s shores. As the Sri Lanka Tourism website proclaims: “Experience Serendipity. Sri Lanka offers you many small miracles. White sandy beaches, Serendipity at its best, lush greenery, exciting adventures, amazing wildlife and a rich heritage.” “Small miracles”, awaiting discovery, certainly do exist in the country. But they are unlikely to be encountered in true serendipitous fashion in the regimented, packaged travels most undertake to Serendib.

Fortunately, such hackneyed and incorrect usage of serendipity is being countered by recent moves toward a radically different interpretation of the word, an effort that focuses on understanding its complex metaphorical etymology. That this new conception of serendipity (which actually goes back to its original meaning) relates to the field of conciliation and mediation is particularly apt in the Sri Lankan reality of long-standing civil conflict. The relevance of the word in peace-building was first expounded upon in The Moral Imagination: The art and soul of building peace (2005) by John Paul Lederach. The book proposes that peace-building is both a learned skill and an art – a creative act and an exercise in moral imagination. In a chapter titled “On Serendipity: The gift of accidental sagacity”, Lederach writes:

Serendipity … has a crablike quality, an ability to accumulate understanding and create progress by moving sideways rather than in a linear fashion. In answer to the question: But what does serendipity have to do with real politics? I respond, “Everything”. In the real world, the element that historically assures extinction is unidirectionality, a single-mindedness of process and response in pursuit of a purpose. Survival requires adaptation to constantly changing environments, finding ways to move sideways while maintaining clarity of purpose. The key, as suggested by Walpole, is how to build from the unexpected, how to connect accident with sagacity.

Unfortunately, in light of President Mahinda Rajapakse’s dogged determination to militarily eradicate the LTTE, conciliation and mediation is becoming irrelevant.

Land-ity
If serendipity is not widely applicable in modern-day Serendib, what then of its opposite? As those who believe in the Law of Opposites – that everything is a combination or unity of opposites, such as the negative and positive charges of electricity – will understand, the concept of serendipity must have a contrary aspect. The English novelist William Boyd contemplated this in his novel Armadillo (1998), and even suggested the antonym – zemblanity:

So what is the opposite of Serendip, a southern land of spice and warmth, lush greenery and hummingbirds, seawashed, sunbasted? Think of another world in the far north, barren, icebound, cold, a world of flint and stone. Call it Zembla. Ergo: zemblanity, the opposite of serendipity, the faculty of making unhappy, unlucky and expected discoveries by design. Serendipity and zemblanity: the twin poles of the axis around which we revolve.

The derivation of zemblanity is widely discussed on the Internet, yet the term still appears in the very title of Simon Hertnon’s book of words under threat, From Afterwit to Zemblanity: 100 endangered words brought to life (2008). Well discussed though it may be, there is little actual literary usage of the word, unlike that of serendipity. It is easy to envisage, as Boyd did, that the opposite of paradisiacal Serendib should be geographically and otherwise far removed – a barren, icebound, northern land. Not surprisingly, then, Zembla is the shortened version of the name Nova Zembla, an archipelago of islands north of Russia once used for nuclear testing. Nova Zembla itself is a Latinisation of the Russian novaya zemlya, which means ‘new land’. So, zemblanity has the bizarre meaning of ‘land-ity’. The Oxford English Dictionary is not contemplating an entry for the word at present, but it does include Zembl(i)an: “a. adjective Belonging to Nova Zembla, a group of islands in the Arctic Ocean north of Archangel in Russia; hence, arctic. b. noun A native or inhabitant of Nova Zembla.”

The adjective seems to have appealed most to versifiers, for two of the three illustrative quotations from literature given in the entry are lines from poems. James Cawthorn’s Poems (1771) contains “Thy unwearied soul … gave to Britain half the zemblian sky,” and Martin Archer Shee’s Rhymes on Art (1806) includes, “Lybian sands, or Zemblan snows”. Although zemblanity does not have the style or even, perhaps, the necessity of serendipity, there are aspects of the association of the two words that provide food for thought. For instance, according to the Law of Opposites, Zembla would not be a separate island but rather an opposite aspect of Serendib; whereas zemblanity would be an incompatible but nevertheless equally essential part of serendipity.

In Sri Lanka, such an intertwining appears in the events of the past 30 years. Serendipity and zemblanity are both present, inseparably tied to each other. Yet while guidebooks and such waffle on about serendipity in a meaningless fashion, many downplay the zemblanity that always hovers, ready to catch even the ultra-wary in its grasp.

~ Richard Boyle is an English writer who has lived in Sri Lanka for 25 years. His latest book is Sindbad in Serendib.