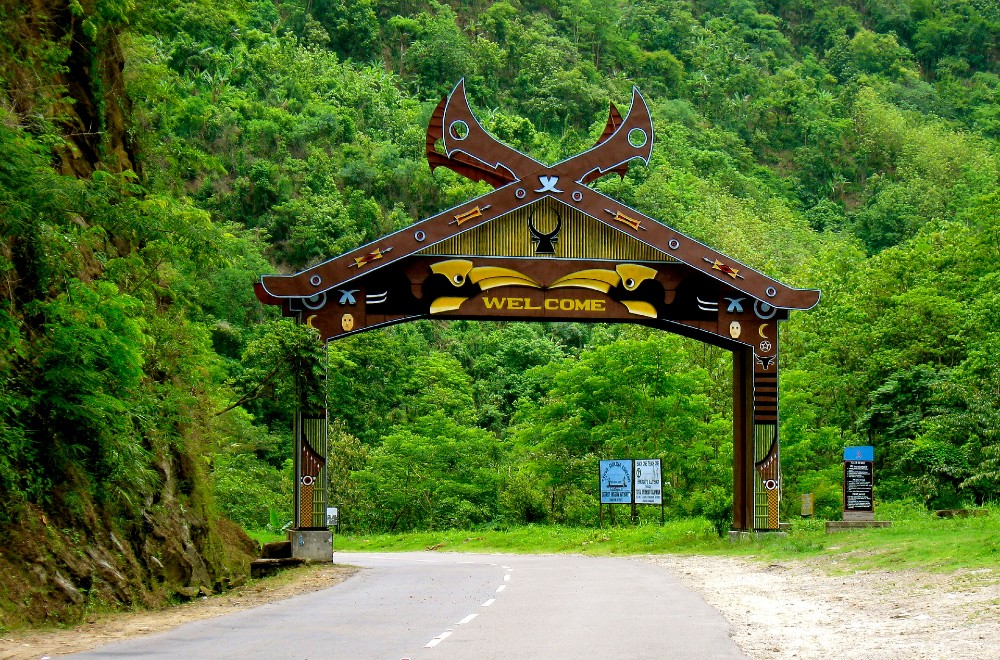 Out of the 7139 languages spoken in the world, almost 96 percent are spoken by a mere three percent of the world population. Three quarters of world languages are indigenous and are spoken in multilingual contexts. As in other parts of the world, Southasia also shows a high level of linguistic diversity in areas where indigenous people live. Some of these linguistically diverse areas in Southasia are Northeast India, Chota Nagpur Plateau, central India and northern Nepal. Although contact languages play an important role in these multilingual milieux, not much is known on how these contact languages have evolved and how linguistic diversity is maintained among indigenous communities. Some of these answers may lie in our understanding of contact languages such as Nagamese (Nagaland), Haflong Hindi (Assam), Halbi (central India), Sadri (in Jharkhand, Assam, North of West Bengal and Bangladesh, and Andaman Nicobar), and Sri Lankan Malay, a minority language in Sri Lanka.

In the hills of the Northeast, an extended pidgin named Nagamese has developed among various Naga-language speakers. Nagaland is home to more than 16 Tibeto-Burman languages, where relative geographical isolation has led to great linguistic diversity. Nagamese is an Assamese-lexified (based) extended pidgin with influences from Hindi, English, and various Naga languages such as Angami, Sema, Ao, Lotha, Konyak, Zeme and Liangmai, Phom, Rengma and Sangtam. It is used for inter-lingual communication in markets, hospitals, legislative assemblies, churches and also as a medium of instruction. The emergence of a unified Naga identity irrespective of adivasi affiliation has led to situations where it has acquired the role of a mother tongue for children from the marriage of people from two different speech communities. Young people use it very commonly among themselves on the streets of Kohima, Dimapur, Mokokchung, and those living outside of Nagaland.

Nagamese is a classic example of how a language that is not recognised as an official language of a state enjoys widespread use and acceptance. Despite the official language of Nagaland being English, Nagamese functions as a lingua franca in the state. A move towards state recognition began in November 2014, when Indian Prime Minister Narendra Modi’s monthly radio address ‘Mann ki Baat’ was broadcast in Nagamese as well. The radio programme is broadcast intermittently in several Indian languages, including Hindi, English, Khasi, Jaintia and Nagamese. Interestingly, the Kohima station of the government-run All India Radio has also begun broadcasting morning and evening news bulletins in Nagamese. Similarly in 2018, the Bible Society of India published the New Testament in Nagamese, titled Notun Niyom” Some basic phrases in Nagamese are as follows:

Note: The sentences and translations are by the author.

It is yet to be seen if Nagamese would follow the footsteps of Tok Pisin, which arose as a pidgin in Papua New Guinea in the southwestern Pacific and received formal recognition later. Today, Tok Pisin is the most widely spoken language in Papua New Guinea, and it is one of the country’s three official languages.

An unusual case of language contact is Sri Lankan Malay (SLM), a minority language spoken in Sri Lanka. A mixed language, SLM is known as Ja Basawa in Sinhala and Java Mozhi in Tamil, although native speakers call it Java or Bahasa Melayu. This Austronesian language has evolved from contacts with  Vehicular Malay (Austronesian), Tamil (Dravidian) and Sinhala (Indo-Aryan) for over three centuries. With the arrival of Dutch colonists to Sri Lanka in 1638, they brought Vehicular Malay (Bazar Malay) speaking people who belonged to diverse regions and groups of Indonesian archipelagos. Two of the unifying factors for this vehicular Malay-speaking community were their continued military relationship and a common faith in Islam. This practice of settling and recruiting Malay-speaking people in the military was continued by the British, who occupied Sri Lanka in 1796, although this cohesive community was surrounded by Tamil- and Sinhala-speaking majority. This trilingual contact has yielded a language that has shifted typologically from its Malay grammar, with subject-verb-object word orders, to a southern Southasian structure marked by subject-object-verb word order.

Another good example of this convergence is Halbi, an eastern Indo-Aryan language spoken in central India. Halbi is a hybrid of a Dravidian language named Gondi with Indo-Aryan languages such as Chhattisgarhi and Marathi. Halbi is the mother tongue of the Halba tribe, but it serves as a main contact language among various castes and tribes in the following districts: Bastar (Chhattisgarh), Balaghat (Madhya Pradesh), Gondia (Maharashtra), and Koraput (Odisha).

On a similar note, Sadri (also known as Nagpuri) is another creolised Indo-Aryan language that has emerged as a lingua franca for intergroup contact among the various indigenous communities in the Jharkhand state in India, and later among tea plantation workers who migrated from Chota Nagpur Plateau to tea gardens in Assam and West Bengal. Due to its multilingual origin, Sadri uniquely represents features of three genetically diverse language families: Austroasiatic (Munda), Dravidian, and Indo-Aryan. Sadri even travelled with Santhals, Oraons, and Munda tribesmen when they were taken to the Andaman Islands, first by British colonials and later by the government of India for clearing jungles and laying roads. This mixed community of migrants in the Andamans came to be known as Ranchi people after the biggest city in Chota Nagpur plateau, Ranchi (now the capital of the Indian state of Jharkhand).

Contact languages are always in a state of flux. While the old ones are threatened and on the verge of extinction, new ones are born. An example in context can be of Madam Pidgin, which was brought to light in 2005 by linguist Fida Bizri. Madam Pidgin is a new pidgin spoken in Lebanon that developed out of the contact between Sinhala speaking Sri Lankan housemaids and their Lebanese Arabic speaking employer (mainly Madams). For this pidgin, Lebanese Arabic is the lexifier (ie, the language that provides the basis for the majority of a pidgin or creole language’s vocabulary), and colloquial Sinhala is the substratum. Sri Lankan workers have been going to Lebanon since the end of the 1970s, to the extent that ‘Sri Lankan’ has now become a generic term in Lebanon to describe female domestic workers, irrespective of nationality. Madam Pidgin makes use of Arabic imperatives (order forms) as verbal stems. The pidgin uses simple imperatives to express affirmative present or past tenses. That is, instead of saying “I’m going to sleep” or “I went to sleep”, she would say “I do go to sleep.”

Similarly in the Northeast, we have Haflong Hindi, a new pidgin spoken in Dima Hasao district (formerly known as North Cachar Hills district) of Assam. It is the lingua franca among Dimasa, Zeme, Hmar, Kuki, Biate, Karbi and other communities who inhabit these hills. This pidgin is named after Haflong city, which is the headquarters of Dima Hasao district. It is a Hindi-lexified pidgin with a simplified syntax. It borrows words from neighbouring languages such as Hmar, Assamese, Bengali, Nepali, Manipuri, Kuki etc.

Some examples from this language are following:

The sentences are from video interviews available here.

Despite the activism in the last century by linguists and educators to dispel the stigma about these contact languages, there is still widespread misunderstanding about them. The idea of speaking ‘pure’ or ‘proper’ or ‘incorrupt’ languages has led to a situation where almost 96 percent of contact languages of the world today are either endangered or have become dormant. Many speakers of these minority languages are being assimilated into the dominant languages of the region. With the loss of these heritage languages, centuries of biocultural knowledge is likely to disappear. For many who belong to these speech communities, this would result in the loss of their ethnic and cultural identities. These contact languages are the living fossils of uniquely connected social and cultural histories of Southasia, which must be preserved and documented before it is too late.

Read the first part of this article 'Pidgins, creoles and mixed languages of Southasia'