The Modi government has reportedly been cutting ads to major newspapers. 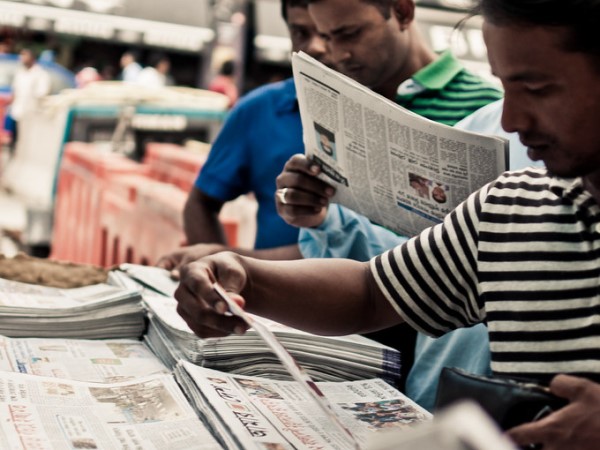 A report published by Reuters on 28 June has once again stirred up debate on the role of government funding in media. The report, citing unnamed sources, stated that the Modi government had stopped providing government advertising to at least three major media groups in the country who account for a combined monthly readership of around 26 million people – roughly 2 per cent of India’s population. The de facto freeze in ads has reportedly affected the Times of India, the Hindu, and the Telegraph, though none of them have gone on record or challenged this undeclared ban.

Unnamed employees of all three media houses claimed the ban was a result of critical reporting about the media. According to the Reuters report, the Hindu had allegedly lost advertising contracts around March 2019 when it began in-depth reporting on an irregular government deal to buy jet planes from a French company. The Ananda Bazar Patrika group, whose paper the Telegraph has reported critically on the Modi government’s policies, had reportedly seen a 15 percent drop in government advertisements. One executive at Bennet and Coleman Group said there was a freeze on government advertising, possibly because the government was unhappy with some of its papers’ reports.

Since coming to power in 2014, the Modi government has overseen a serious rise in the suppression of journalists and media organisation. During the last five years, media workers have been harassed, assaulted, sued and even murdered. India’s position on the World Press Freedom Index has dropped continuously since 2016.

It is no surprise that ads were withdrawn during the months leading up to the Lok Sabha elections and Modi’s re-election campaign. Denial of ad revenue to non-compliant media organisations is an extremely efficient and bloodless method of silencing dissenting voices.

Following an RTI request by Factly, a data journalism website in India, the Directorate of Advertising and Visual Publicity – which handles advertising and publicity for the government – has revealed that the Modi government has spent an average of INR 1202 crores (USD 175 million) per year on advertising from the years 2014/2015 to 2017/2018. That is almost double the average spend of the previous government, which was around INR 696 crores (USD 101 million) per year from 2009/2010 to 2013/2014. In the last 15 years, slightly less than half of all government expenditure on advertising and publicity went to print media.

India is not alone when it comes to the mercurial hand of government advertising in making or breaking private media organisations. CP recently wrote about similar problems in Bhutan, where a number of newspapers and magazines, mostly in the vernacular, have been forced to shut down due to cuts in state advertising contracts. Although the recently elected Druk Nyamrup Tshogpa government had promised to reverse these trends, government ads for private media have continued to plummet due to the introduction of digital procurement. In Pakistan, too, withdrawal of government ads has been used as a weapon to cut the legs off of publications such as the Dawn Media Group.

At the heart of the issue is the question of who should pay for the media. If journalism is for the public good, then should it not receive some form of public funding as given to transport, education and healthcare? If so, how do you establish checks and balances to ensure editorial independence and avoid the pitfalls of state controlled media?