Skip to content
Uncategorized > Solidarity: A petition for the release of Kanak Mani Dixit

Solidarity: A petition for the release of Kanak Mani Dixit

Editors and media figures as well as intellectuals and scholars have called for the release of Himal editor and prominent Nepali journalist Kanak Mani Dixit. 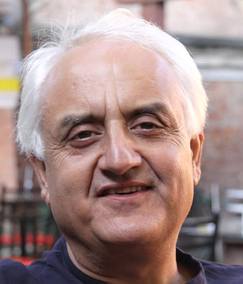 (Editors and media figures as well as intellectuals and scholars have called for the release of Himal Southasian founding editor and prominent Nepali journalist Kanak Mani Dixit who was arrested on 22 April 2016 in Kathmandu by anti-graft officials.)

It is with deep concern that we have learned of the arrest today of Kanak Mani Dixit, the widely respected founder-editor of Himal Media and a courageous voice for transparency, freedom of expression and democratic rights in Nepal and across South Asia. The charges are related to alleged corruption but Kanak Dixit says it is part of a vendetta pursued against him by people in Government.

We have known Kanak Dixit as a true professional, human rights defender and energetic journalist whose credentials are built on robust research and tremendous courage. Himal Media, a pioneer in South Asia journalism, has published Himal South Asia, Nepali Times and Himal Khabar Patrika (in the Nepali language). He has written extensively for international media including leading newspapers in India and is chairman of Sajha Yatayat, a state run transportation company, which he has been turning around from a loss-making entity.

Kanak Dixit’s detention comes at a time of increased pressure on free media across South Asia. We call upon all national and international media organisations, individual journalists and editors, defenders of media under pressure, on those who believe in the freedom of expression, to seek Kanak Dixit’s immediate release and a fair and transparent trial, free of bias.

We call upon the Government of Nepal to issue a clear a transparent and unequivocal statement on his detention for we are deeply concerned about his safety and rights. We condemn all forms of pressure tactics on editors like him and other courageous media figures such as Mahfuz Anam of the Daily Star in Dhaka, who is facing 79 cases of sedition and libel in Bangladeshi courts, and other media persons who are committed to the rule of law and justice.

(Please write to editorial@himalmag.com to sign on to this petition.)