Excavating Burma’s rich intellectual past, carefully preserved by private collectors, can contribute to the ongoing debate on the country’s controversial march towards neoliberalism. 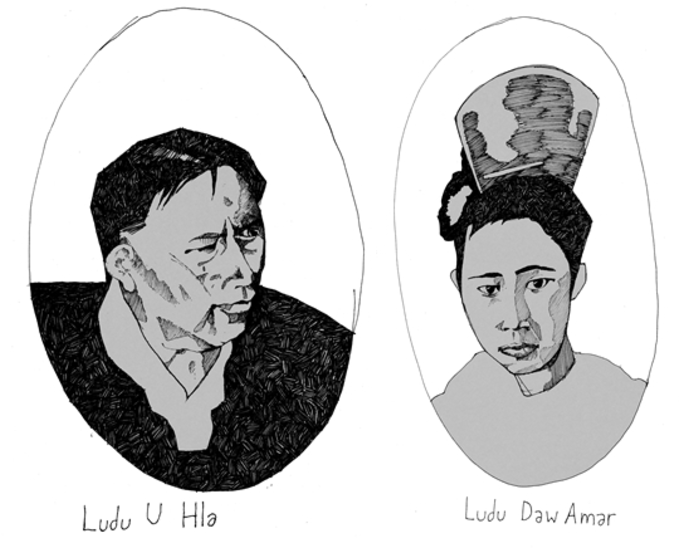 In Burma today, there are whisperings of the need for critical analysis of the country’s accelerating neo-liberal turn. The sites of this questioning are varied: a dusty side-street in Mandalay; a closet in a high-rise Yangon condo; a cramped apartment overlooking Burma’s oldest cathedral; long-locked chests in the remote monasteries of the Chindwin Valley. In a country emerging from 50 years of authoritarian socialism, how do we confect a critique of global capital without dredging up painful reminders of dark decades past? The vocabularies of the internationalist left(s) are wont to repel, even in this nation where ‘socialism’ was an extraordinarily thin veil for the pulsing threat of military repression. Where, then, to locate the materials for a different way forward?

Nurturing and reclaiming the written word in contemporary political life seems more relevant than ever before in Burma. Edward Said’s rejection of the binary choice between one oppressive system and another – be it imperialism versus fascism, or neoliberalism versus authoritarian socialism in the Burmese context – is particularly fitting. To source critical analysis of this false juxtaposition in a Burmese vernacular – and perhaps even build a different way forward – one must pluralise the binary. The country’s vibrant intellectual history, which exists largely outside of official State discourse and government archives, provides abundant materials for such a movement. That many of these materials are held in small, private archives means it is vital to support their promotion and protection.

We might do well to begin in a dusty side-street in Mandalay. Its sterling reputation notwithstanding, the Ludu Library is not easy to find. It is hidden from even the usually knowledgeable trishaw drivers lounging in the streets. But upon arrival, the reward is handsome. The library consists of a large, well-maintained house with several floors of stacks, and a number of reading tables. Generous natural light streaming through open windows slants across a collection that includes full archives of the Ludu Journal and the Ludu Daily, as well as a veritable treasure trove of academic and popular works, primarily in Burmese. Paintings by the famous historian U Than Tun line the walls, while upstairs, earnest students busily digitise parts of the collection.

The library is a tribute to the work of two of Burma’s most important intellectuals: Ludu U Hla and Ludu Daw Amar, who married in 1939, having met during the anti-colonial student strike of 1936. In the early years of independence, the couple became well known for founding the Ludu publications, which included Ludu Books in addition to the daily and journal; so well known, in fact, that their names became preceded by ‘Ludu’, often roughly translated as ‘the people’. The Ludu publications tended towards a left-socialist discourse that was, to some extent, representative of intellectual currents in the 1950s world of newly independent nation-states. Labour issues and workers’ rights featured centrally in the pages of their publications, as did fairly explicit critiques of capitalist systems and free-market ideology.

The Ludu couple would pay dearly for their courage and convictions. In the early years of independence, when Communist insurgencies were gathering in Burma’s highlands, the Ludu family’s open leftism drew unwanted attention from socialist governments trying to centralise authority. Government forces dynamited the family’s Kyipwaye (or ‘progress’) press in Mandalay for its Communist leanings, with family

members barely escaping with their lives. When this attempt to silence them failed in the 1950s, Ludu U Hla was jailed for publishing work critical of the government. During his three years in prison, he collected oral histories from fellow inmates, which he later published to great acclaim, and which have since been abridged in an English translation titled The Caged Ones. But the repression was unrelenting. During the fragile peace process of the late 1960s, the government shut down the Ludu Daily, and the couple’s oldest son, Soe Win, who had gone underground with the Communist Party of Burma (CPB), was killed alongside several others in a bloody internal purge in the jungles of the Bago highlands. The couple’s second son, Than Joung, eventually fled into exile in Yunnan, China with the CPB, never to see his parents again. Husband, wife, and their youngest son were imprisoned for thirteen months, and released in 1979. Later, the youngest son would once again be imprisoned, this time for five to ten years. It is unclear how much of the sentence he ultimately served.

Daw Amar continued to manage the family’s publishing house in Mandalay after U Hla’s death in 1982, later taking up a range of charitable causes and remaining outspoken on social and political issues. The library that stands today was established in 2003, just behind the site of the (reconstructed) Kyipwaye press. The library was the first free and open public library in Mandalay in fifty years; the core of its holdings is Daw Amar’s lifetime collection of books. A critic to the end, Daw Amar died in 2008 at the age of 93, months after condemning the government’s harsh crackdown on the student and monk demonstrations of 2007.

Language of the people

U Hla is remembered for his strong belief that public discourse should be accessible and legible to the masses, that language should not be overly complicated, and that public figures should draw on folk wisdoms and local traditions as much as possible. At one point, young writers began a movement to discard the use of the literary Burmese style, widely used in literature, academia and news publications, and instead replace it with colloquial Burmese. While Daw Amar did not initially support the move, U Hla certainly did, along with the historian U Than Tun, a personal friend of U Hla.

Later U Hla became known for his extensive work, between 1962 and 1977, compiling folktales from Burman communities and various ethnic minorities in Burma. In all, he published 1597 stories in 43 volumes between 1962 and 1977, and oversaw translations of some of these into English and other languages. Many of the folktales emphasise the shared history of Burman and ethnic peoples in Burma. A folktale from the Mindat Chin – an ethnic group from Chin State – begins as follows:

In the old, old days, at the foot of the rock-cropped mountain called Mimo, nestled a village in which two brothers lived, each in a house of his own.

After long, long years, the descendants of the family of the elder brother proliferated into the race of Burmans; and descendants of the younger brother likewise into the race of the Chins. Chin elders still narrate this story to their grand-children to teach them how a silly quarrel ultimately led to the creation of two separate races of Chins and Burmans, who were originally brothers.

Conceivably, the moralistic resolution of the folktale, not to mention its lack of complexity, could be off-putting to some readers, especially in a country where ethnic politics would seem to refuse simplification. But we can probably assume that for U Hla, a key matter here would have been the sourcing of the tale. This short piece, in clear and accessible language, stages a hugely complicated and very real political dilemma, problematises the foundation of the debate – the idea of essential difference between ethnic groups – and does so using distinctly indigenous materials. Despite overt entanglements with left internationalist discourse, U Hla clearly had a keen sense of the need to bring localised idioms to bear on problems of the utmost political urgency and complexity.

Of course, it is not only the work of U Hla and Daw Amar that reveals a leftist, even radical, intellectual tradition in Burma. Inside a high-rise condo north of Inya Lake in outer Yangon, a prominent publisher recently unpacked and reviewed his private collection – the largest in the country – of publications from the Nagani Book Club. Founded in the years leading up to World War II, the Nagani (or Red Dragon) writers included some of the biggest names in Burmese anti-colonial thought and politics, from U Nu and Aung San to Thein Pe Myint and Dagon Taya. An explicitly Marxist orientation undergirded these writers’ style of cosmopolitan anti-colonialism; the group published a number of biographies of leading international figures such as José Rizal and Vladimir Lenin, and produced radical treatises on fascism as an end-product of capitalist systems of production. The publisher’s private collection includes many first and rare editions. Here too we have robust materials for tracing an anti-capitalist intellectual history in Burma, yet one distinct from the empty-shell socialism of later authoritarian regimes.

Meanwhile, in an apartment with an expansive view over St. Mary’s Cathedral in downtown Yangon, an art gallery owner and book publisher – who himself has a private collection of several thousand books, including very rare and valuable editions – proposes that archivists in Burma could benefit from mainly three forms of assistance: financial, managerial, and technical. Managerial assistance would help archivists gain a better sense of how to organise a collection and facilitate access to it, while technical assistance would address issues around digitisation and preservation – especially environmental concerns in the latter case. Burma’s heat and humidity mean that books break down quickly, but managing exposure is so difficult and expensive that archivists rarely try. Alongside the other forms of assistance, financial support would help make the preservation of fragile materials possible. For urban intellectuals as well as for monks in the distant monasteries of the Chindwin river valley – known for large collections of palm-leaf manuscripts – this three-pronged approach could be the way forward for protecting Burma’s small and privately held collections.

~ Geoﬀ Myint is an anthropologist based in Yangon, and a researcher for the Hri Institute.

~This article is from our series of articles on the state of archiving in Southasia.