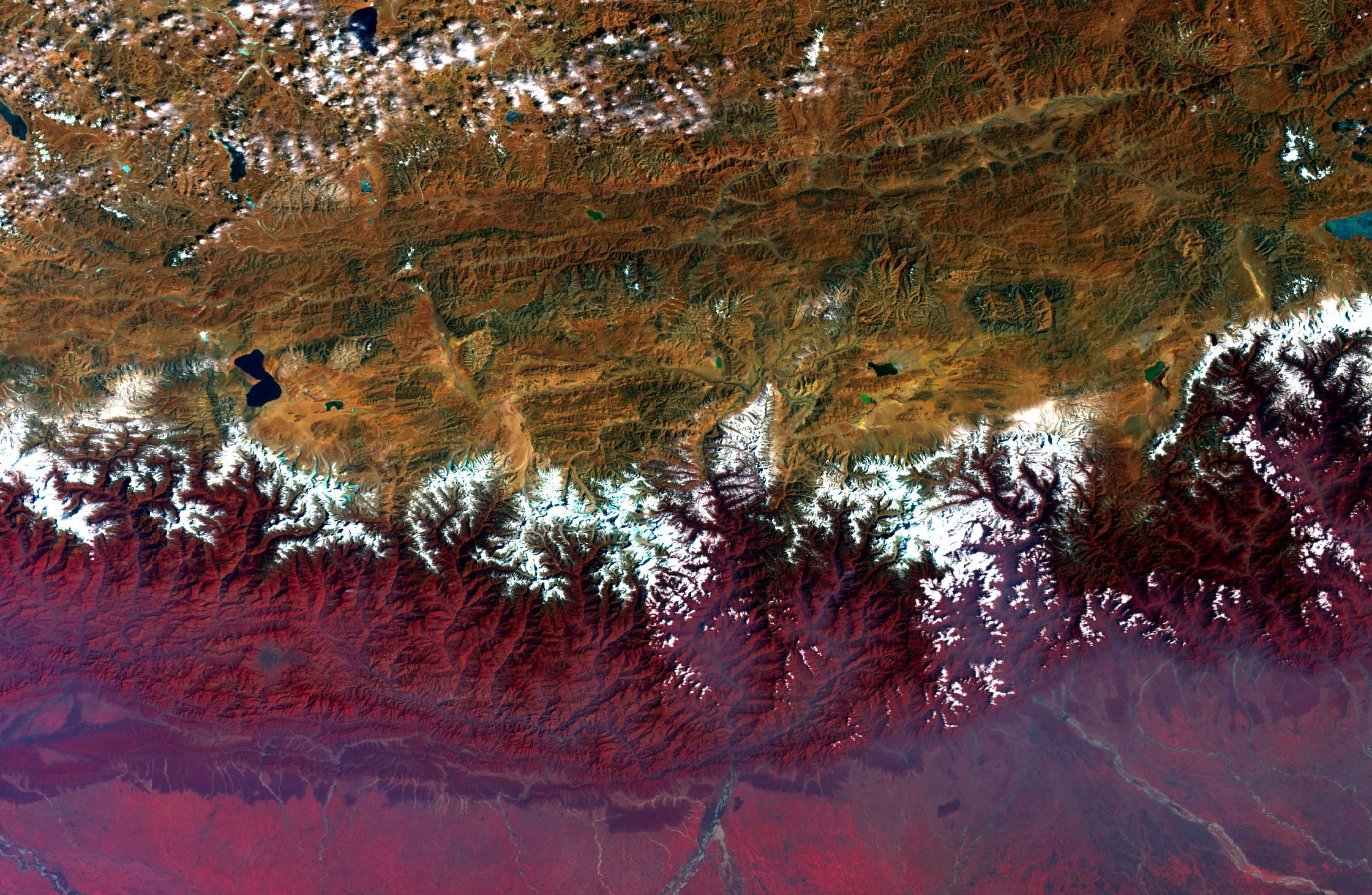 Mapping the impact of the climate crisis across Southasia

Southasia is one of the most vulnerable regions to the effects of the climate crisis. It is estimated that up to 700 million people – almost half of Southasia’s population – have been affected by at least one climate-related disaster in the past decade.

In this periodically updated tracker, we show a bird’s-eye view of extreme climate events across Southasia as the region grapples with the effects of the climate crisis.

Climate Events Tracker, 2022. Click to see the full-resolution map. Please refer below for the map legend.

• Following the heatwave in Pakistan and India from March to May, Pakistan received 190% more rain than the 30-year average from June to August. Sindh and Balochistan saw 784% and 496% increase in average rainfall in August, respectively.

• According to estimates from a government-led Post-Disaster Needs Assessment, more than 2 million houses and over 1 million livestock have been destroyed.

• During the monsoon season in India from June to September, over 2400 deaths were reported due to extreme weather events, which the Centre for Science and Environment classifies as including heavy rain, lightning and storms, floods, landslides, heatwaves and cold waves, snowfall, cloudbursts and cyclones.

• Following a drought beginning in June 2021 that continued into 2022, wildfires were reported in the Nuristan and Kunar Provinces.

• As of June 2, approximately 68 hectares of land is reported to have been burned.

• Over 20 islands in the Maldives were affected by sea swells that damaged houses and displaced families.

• 16 deaths were reported after a cloudburst and flash floods near the Amarnath holy cave shrine in Jammu and Kashmir.

• 49 people in Uttar Pradesh were killed by lightning in a week.

• Floods in Afghanistan throughout the month of August killed 182 people.

• Deaths were reported after heavy rainfall caused floods in the Central Province.

• Kyaukphyu, a town in Rakhine state, experienced 502 millimetres of rainfall, the highest in 58 years.

• 26 deaths were reported after a landslide and flooding in the Amdo region.

• An orange alert was issued for drought after heatwaves in eastern Tibet.

• Over 30 deaths were reported in Himachal Pradesh, Uttarakhand, and Odisha after flash floods and landslides triggered by torrential rains.

Floods and landslides – Nepal and India

• 5 deaths were reported in Nepal’s district of Darchula after flooding and landslides. 42 houses and 2 bridges were destroyed.

• Cloudburst and flooding was also reported in Uttarakhand, India.

• 25 deaths were reported in Uttar Pradesh after heavy rains. Lucknow received 160 mm of rain in 24 hours.

• 8 people were killed after flash floods in the Mal River in West Bengal, where a large crowd had gathered during Durga Puja.

• Cyclone Sitrang killed up to 35 people in Bangladesh.

• Heavy rain and flooding was reported across Bangladesh. Red alerts for heavy rain were issued for Tripura, Meghalaya, Mizoram and Assam.

• The government of Bangladesh stated that about 10,000 homes were damaged, and 15,000 acres of crops as well as 1000 shrimp farms were destroyed. Falling trees destroyed power lines, leaving 8 million homes without electricity.

• A white alert went into effect from Kaafu to Thaa atolls warning of heavy rain and thunderstorms.

• At least 3 people died and one person was injured.

• Rescue operations were hampered due to heavy rain and snowfall in northern Badhakshan, which blocked a number of roads.

• Between November 1 and 13, Tamil Nadu and neighbouring Puducherry recorded 310.77 millimetres of water, about 16 percent more than normal for this time period

• Over 45,826 hectares of paddy was submerged in Tamil Nadu, with 52,751 people being accommodated in relief camps

• In Sri Lanka, ten people died and 13 were injured while over 2000 people were affected by heavy rain, flooding and high winds

• Cyclone Mandous killed five people in Tamil Nadu and damaged 151 houses. In Sri Lanka, three people were killed and 25 injured, and 6608 shelters were damaged (as of 12 December 2022).

• Heavy rain was forecast in parts of Chennai with schools and colleges shut. Weather alerts were issued for parts of Maharashtra, Karnataka, Andhra Pradesh and Madhya Pradesh.

• In Sri Lanka, fishermen and coastal communities received a heavy weather advisory for coastal areas from Mannar to Pottuvil.

• Sri Lanka shut down schools as the country experienced transboundary air pollution from India thanks to the cyclone.

• Over 1000 livestock were reported dead in the Northern and Eastern Provinces of Sri Lanka, potentially due to lower temperatures caused by the cyclone.

• A cold wave was declared in Chandigarh where the temperature fell to 2.8 degrees Celsius. Temperatures dipped in Punjab, Haryana, Uttar Pradesh, Rajasthan and Delhi

• Dense fog impacted visibility – which dropped to 500 metres at Delhi’s Safdarjung airport and just 50 metres in Bathinda, Chandigarh and Churu

• Numerous trains were delayed or cancelled, and there was an increase in accidents due to low visibility.

• A depression from the Bay of Bengal moved over Sri Lanka, entering via the east coast.

• Sri Lanka’s meteorological department warned of showers or thundershowers, bringing more than 150 millimetres of rain in the Eastern, Uva, Central, Sabaragamuwa, Western, Southern and Northwestern provinces, and in Polonnaruwa district

• 1511 people were affected particularly in Matale, Kandy and Ampara districts. Two people lost their lives while three were injured and 66 homes were damaged.

Climate Events Tracker, 2021. Click to see the full-resolution map. Please refer below for the map legend.

• Over 20 people killed as buildings collapse, flash floods and landslides.

• Up to 70 mm of rain falls on Karachi, raising the total death toll from flooding during Pakistan’s monsoon season to 187.

• Flooding in four states in Myanmar displaces thousands. As many as 48,500 people affected.

• The entire country is experiencing moderate to severe drought.

• In the previous four weeks, over 60 people died from flood or landslide-related causes.

• Caused by delayed monsoons throughout Nepal.

• As of October 20, over 150 people declared death in India and Nepal.

Note: The indicators on the map are approximate.

~ The Climate Events Tracker is an ongoing project that aims to present an overview of key climate events that recently impacted Southasia. The data on the above map was last updated on 30 October 2021 and 13 January 2023.