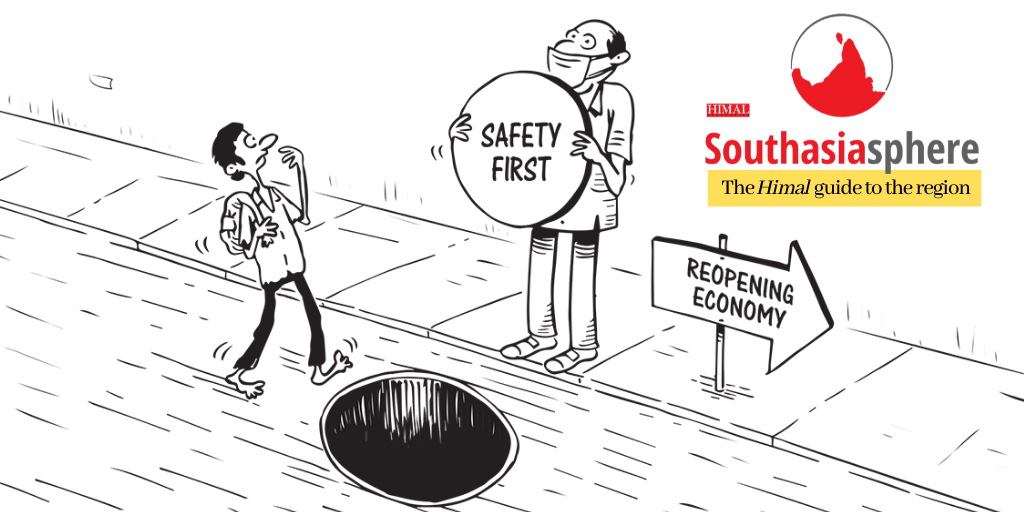 An 80-kilometre link road built by India in the western Himalaya has become the focal point of diplomatic controversy, after Nepal objected to construction in an area it claims to be within its territory. On 8 May, India announced the completion of the road through the Lipulekh pass to Kailash Mansarovar, a popular site of pilgrimage. Following a public outcry, the Nepal government issued a diplomatic note in response, protesting the “unilateral act”. India maintains that the road lies within its territory.

The territorial dispute in the area concerned is not new, its origins in the contradictory maps issued by the British government in the 19th century, as well as the Indian military checkposts set up through Nepal’s northern frontier in the 1950s and 1960s. Nepal’s western border with India is defined by an 1816 treaty with the East India Company that gives it all territory east of the Kali River. Meanwhile, India’s claim rests on a questionable argument about the river’s origin, as well as an overt military presence in the disputed zone. In 2019, New Delhi included the disputed pass as part of Indian territory in new maps issued after the abrogation of Jammu and Kashmir’s statehood.

While the Indian press used the opportunity to make a case for Chinese influence in Nepal despite a lack of evidence, Nepal might indeed fear the opposite: China’s tacit approval of the Indian claim. In 2015, China and India agreed to expand business along several trading points, including the Lipulekh pass. Another similar agreement dates to the 1950s. Notwithstanding recent reports of a fistfight between Indian and Chinese soldiers on the Sikkim frontier, the Indo-Chinese trend of excluding the third country on Himalayan trijunctions, as evidenced by the exclusion of Bhutan in the resolution of the Doklam standoff in 2017, will likely not inspire confidence in countries like Nepal and Bhutan.

Some countries in Southasia are beginning to relax restrictions after around two months under lockdown, as calls to ‘reopen’ the economy get stronger. What is the smart balance between suppressing the outbreak and enabling income generation? This is a challenging question for governments in the region, which have large informal sectors. Missing from the picture, however, is a discussion on worker safety.

Sri Lanka lifted some restrictions to movement this week, allowing essential employees in the public and private sector to return to work. In areas still under curfew, including Colombo, people are allowed to walk to nearby stores to buy essentials, on different days depending on the last digit of their ID cards. The resumption of work, however, has been largely restricted to the formal sector, with workers required to show employer permission.

Pakistan transitioned to what it called a ‘smart lockdown’ that involved targeted quarantine and contact-tracing (with high-risk areas sealed) while allowing economic activities to continue. The country has also allowed religious congregations for Ramzan, despite widespread concerns. Meanwhile, at least 54 journalists and media workers in the country have tested positive for COVID-19, with reports of several media organisations not providing adequate protective equipment nor implementing physical-distancing guidelines.

India began a gradual relaxation of lockdown beginning on 4 May. Several states have also suspended labour laws, with some proposing ordinances that will gut almost all protections for workers. However, there are serious doubts if such measures – some of which are potentially unconstitutional – will help in economic revival. (See the table below for more.)

The coming weeks will determine whether the decision to go back to work was the right one. With no clear measure of how far the countries are from peak infection, the relaxation could very likely be a temporary policy experiment. As Nepal adopts more stringent measures following a rapid increase in COVID-19 cases (security personnel in the southern Parsa District were given authorisation to open fire on COVID-19 patients attempting to leave isolation wards) it seems that another wave of lockdown is only one outbreak away.

In Afghanistan, 16 were killed, including two newborn babies, as gunmen wearing police uniforms stormed a maternity ward in Kabul.

A newly appointed National Minority Commission to protect minority rights in Pakistan excluded the Ahmadi community — the latest instance in a long history of persecution against the minority.

Facebook has apologised to Sri Lanka after an in-house investigation revealed that the misuse of its platform may have led to the 2018 anti-Muslim violence in a town in the country’s central region.

Eleven individuals were charged under Bangladesh’s Digital Security Act for posting misinformation about COVID-19 and for being critical of the country’s founding leader, among them a cartoonist highlighting corruption in the health sector, and a writer commenting on the lack of PPEs for doctors.

In Myanmar, the military has announced a unilateral countrywide ceasefire, apart from Rakhine and Chin states, until 31 August in light of the COVID-19 outbreak.