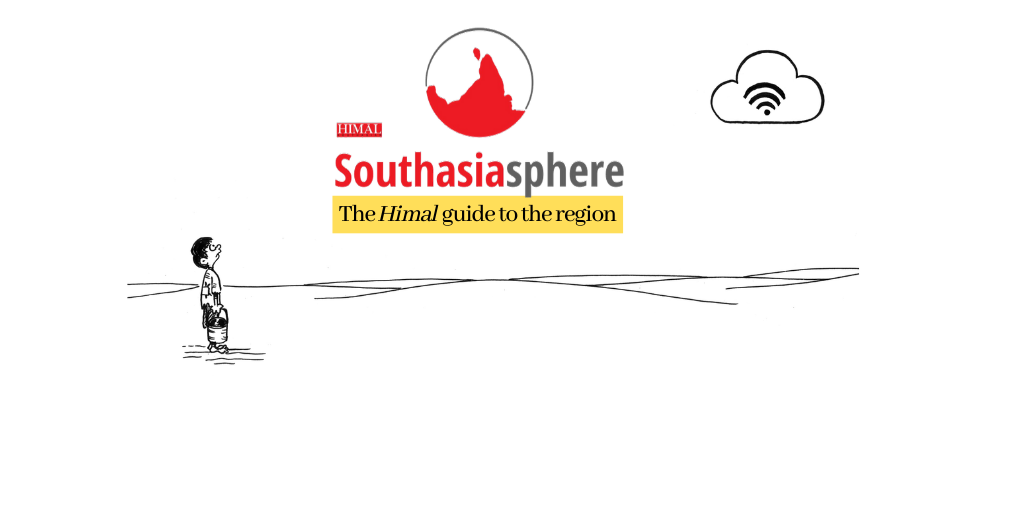 The COVID-19 outbreak has resulted in school closures across the world. Globally, over 1.2 billion children are out of the classroom. In Southasia that number is approximately 442 million.

How are countries in the region responding?

In Sri Lanka, internet service providers (ISPs) have enabled free data access to a number of web services connected to a network of public universities. These include learning management system (LMS) servers connected to public universities and the websites of national research institutions. In some cases, students can access Zoom with free or reduced data charges.

ISPs in Bhutan, too, have teamed up with the government to launch student-data packages to provide access to select e-learning sites. This means sites like TikTok, WhatsApp, Snapchat, and services like torrent will be blocked to reduce data consumption. E-learning sites accessed outside specified time windows will also be charged as normal. According to the government, over 250,000 students (including those at tertiary level) have registered for these data packages.

But the region’s wide digital divides will be a major impediment to these schemes’ success. Some municipal governments in Nepal, for example, have found such plans unfeasible and one city has called on schools to stop online classes, saying such arrangements infringe on the right to equal access to education of many students, for whom smartphones and internet access are out of reach. Some isolated efforts have been made to address inequitable access. For example, University of Jaffna has made smartphones available to its undergraduates. However, digital gaps across the rural-urban and gender divides will keep these services beyond the reach of many students.

Meanwhile, in Jammu & Kashmir, where the government has restricted internet access to slow 2G service, a group of private schools have filed a petition in the Supreme Court contending that the lack of 4G connectivity in the area infringes on the fundamental right to education. In response, the J & K government has argued that poor internet connections will slow down the transfer of propaganda material, “frustrating the evil designs of terrorists.”

This crisis in public education has seen interventions from the private sector as well, with for-profit schools around the region seeking to resume online classes. Edtech platforms in particular have seen increased demand for their services following the lockdown. The Bangalore-based BYJU’S, one of the world’s most highly valued edtech firms, saw a 200 percent increase in registration, after it offered its services for free for a limited time. Investors around the world have been following the region’s online education market, with one consulting firm estimating India’s market to grow eightfold between 2017 and 2021. As some governments in the region, as well as donor organisations, seek greater engagement with for-profit institutions in school education, how public education evolves in the coming days will be important to see.

With the world’s attention turned towards COVID-19, Cyclone Amphan has gone all but unnoticed, with little media coverage of its impact.

More than 85 people died and over half a million homes were destroyed across India and Bangladesh after the cyclone made landfall. Over 2 million were evacuated and had to face the impossible choice of leaving their homes for shelters, raising the risk of exposure to COVID-19. In Sri Lanka, 176 people were displaced and 3 people died due to floods and landslides caused by the cyclone. Over 30 multi-day fishing trawlers drifted to the seas off Indonesia due to bad weather, and a Navy ship had to be dispatched to provide food and medical assistance to an estimated 180 fishermen.

The Sunderban mangroves, that straddle the India-Bangladesh border and often function as Bengal’s first line of defense against heavy rains, have been particularly hard hit. Several concrete embankments built after the 2009 Cyclone Aila have collapsed, causing damage to the river bed.

Critics have pointed out that India’s Sundarban embankments, which cost over USD 650 million, were poorly designed and constructed, not taking into account the twice-daily tides in the area and the rice-farmers who have had to contend with the changing coastlines. As a result, paddy fields and sweetwater ponds have been submerged in saline water, destroying crops. It will take years for agriculture to resume in the region, environmentalists say. With limited cellular service and migrants not being able to send remittances into the region for two months now, residents will face an uphill struggle to restore their livelihoods.

In Bangladesh, the devastation has renewed conversation about the delayed Delta Plan 2100, a collection of 80 water and land management projects approved in 2018. With no progress on the plan, areas impacted by the cyclone will remain vulnerable to flooding and displacement, particularly as rising sea temperatures due to global warming leads to more frequent and ferocious storms in the Bay of Bengal.

Myanmar submits a report to the International Court of Justice on steps the government says it has taken to prevent further acts of genocide against the Rohingya community. The contents of the report remain confidential.

President Ashraf Ghani announces plans to release up to 2000 Taliban prisoners as the government of Afghanistan and Taliban held a three-day ceasefire for Eid.