The ambivalence about Gandhi 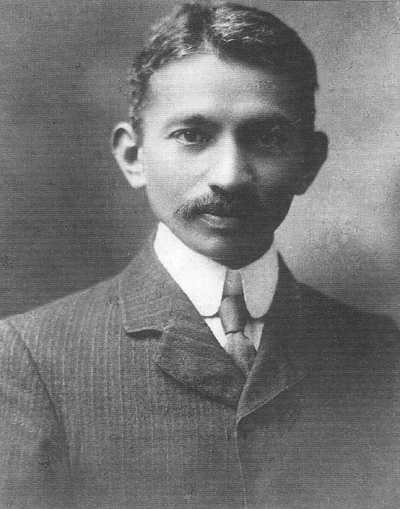 Nobody calls Gautam Buddha a Nepali, even though he was born at Lumbini in Nepal. If the Buddha seems too august or distant, neither is Rabindranath Tagore’s citizenship taken very seriously. If it were, there would have been at least some scattered demands for changing the Bangladeshi national anthem, now that the country has both a well-developed Muslim nationalism and a budding fundamentalist movement.

Mohandas Karamchand Gandhi’s case is different. Although much of the rest of the world may not emphasise his Indian origins, many Southasians do — and they do so in a particular fashion. Southasians constantly offset his ideas against his political practices, which they find contaminated by his Indian-ness and Hinduism, and find him wanting. After Gandhi’s assassination, no less than Albert Einstein said that future generations would find it hard to believe that such a person had walked the earth. Mohammed Ali Jinnah, however, mourned his death only as that of a great Hindu leader. Parts of Southasia are more ambivalent towards Gandhi than even the modern West — his avowed target — has ever been.

This ambivalence has to do not only with Gandhi’s politics, but also with the fact that he was a political figure. In recent times, Southasians have come to believe that the term ethical politics is an oxymoron; that politicians talking about ethics have to be either hypocrites, romantic visionaries, or irrelevant to the ‘real’ stuff of politics. When applied to the likes of Gandhi, in India too (despite its pretensions to the contrary) this belief is certainly not confined to a small section of Hindu nationalists or xenophobes: it includes a large number of radicals, liberals and globalisers. Gandhi tried to disinherit and decentre the middle class; the memory of that still hurts.

Southasia has lost something in the process. I am not a Gandhian, but as a psychologist and political analyst, I have worked off-and-on with Gandhian principles for many years. It has paid me rich dividends. I did not come to Gandhi willingly. Like most Bengalis, I maintained a healthy distance, and my discomfort with him was tinged with a touch of hostility. This unease was aggravated by my parents’ admiration for Gandhi: in my childhood, Gandhi represented authority. How many other Southasians may have a similar story?

Like many others, I was pushed towards the maverick politician and indigestible thinker during the Emergency of 1975-77, when Prime Minister Indira Gandhi suspended civil liberties. While looking for clues to political authoritarianism in India (which I thought was not possible), I discovered in Gandhi a thinker who had dared to defy some of the basic tenets of the worldview that had powered the European Enlightenment and modernity — as well as their wholesale dealers and retailers in Asia and Africa. This opened up for me a number of pathways to what I can only call dissenting visions and baselines for political and social criticism. Gandhi was never politically and academically correct; he also demanded the right, on behalf of the Southern hemisphere, to envision and to experiment with alternative human futures.

I never became a Gandhian. Indeed, as I moved into new studies and got more deeply entangled with public concerns and social movements, I became increasingly convinced that my earlier discomfort with Gandhi was fully justified. He was not only a negation of the core tenets of Southasian modernity and the region’s contemporary elite; he also invited everyone living with the certitudes of middle-class life in a modern Southasian metropolis to set up an anti-self as a critique and a warning. At every step, he reminded me of the German philosopher Theodor Adorno’s belief that one moves closer to truth when one’s intellectual work hurts one’s own interests and those of one’s class.

Around that same time, I also concluded that any thinker operating from within Southasia is doubly handicapped. Southasian thinkers not only have the disadvantage of location, but are at all times expected to be fully correct, both politically and academically. People wonder, “If he is really that. good, why is he working in Nepal, rather than at Harvard or Oxford or in the United Nations?” When dealing with a Southasian activist-scholar, they also refuse to separate the wheat from the chaff. In Southasia, Plato gets away with his blatant advocacy for buggery of children; Emmanuel Kant and Karl Marx, with their open and unalloyed racism; and Milton, with child abuse. The public, after all, has other aspects of these works upon which they can concentrate. This cannot happen in the case of a Southasian activist-scholar, however, because the aim is ultimately to disvalue his or her contributions.

It is from a vantage point marked out by these considerations that I enunciate the following propositions, for the sakes of those young Southasians who have kept away from Gandhi on the grounds of his specific policy choices and political acts, or for his occasionally puritanical personal life.

Gandhism — not as an ideology, but as a reasonably well-integrated normative position in public life, and a particular kind of social vision — is greater than Gandhi the man. Gandhi himself would have happily admitted this: he believed that the ideas he espoused, particularly non-violence, were as old as the hills.

Nor was Gandhi a perfect Gandhian; it was not possible for him to be so. He was an active politician, a fact that he never forgot. Indeed, he could be credited with creating both the centrality of politics in British India, by taking mass politics to the villages, and with establishing militant non-violence as a viable global political force. This emphasis on politics guaranteed that he would make mistakes. If politics is the art of the possible rather than a sure science, assessments of the range of those possibilities can at times go drastically wrong. Gandhi himself discussed some of his blunder’s, and I am sure that future generations will talk about many others.

However, this also means that Gandhi cannot be shelved as a dreamy-eyed spiritual leader who occasionally strayed into public life as a hobby or pastime. That is why his name is still invoked, in admiration and in hatred, nearly sixty years after his death. I cannot resist the temptation of citing once again what was arguably the finest obituary of him — not the one by Albert Einstein, but the one by the British economic historian Arnold Toynbee. After Gandhi, Toynbee wrote, humankind would expect its prophets to live in the slum of politics. I remember I first heard that from the poet Umashankar Joshi, who used the quote to explain to the philosopher Ramchandra Gandhi that saints were a dime a dozen in Southasia. Gandhi’s ability to politically empower his vision was what was so unique, and which ensured the long-term survival of his ideas.

That vision transcends the boundaries of the nation state called India. That is why the three greatest Gandhians today are neither Indians nor Hindus: Nelson Mandela, Aung San Suu Kyi and the Dalai Lama. Incidentally, the first two of these started as radical social democrats. They turned to Gandhi only after people started referring to their politics as Gandhian. A combination of long-term moral vision and practical politics brought them to Gandhi. The Dalai Lama, on the other hand, does not have to call himself a Gandhian, even though he says that Gandhi has inspired him ever since he was a small boy in Tibet. Like Gandhi’s, his life is his message, and that message happens to be Gandhian.

In any case, I do not see the reason to impute to Gandhi superhuman visionary powers, nor a saintly status. Doing so would only make him less relevant and accessible to contemporary times by elevating him beyond mundane, day-to-day politics and everyday life. That is the line the Indian state has already taken. It has hijacked him and turned him into an official symbol and a totem of the Indian state — ‘the father of the nation’, as the officialese goes. The less the Indian state has to do with Gandhi and his ideas, the more it becomes a conventional, hard, hyper-masculine nation state, by rejecting one-by-one all of the elements of Gandhian thought. In so doing, the more it is forced to talk of the beautiful legacy of the nation’s ‘father’.

That thousands of political and social activists have begun to walk the path of Gandhi — while neither knowing the man, nor claiming to be Gandhians — is a tribute to a person who rejected the hyper-individualist and consumerist certitudes of our times. Virtually every major modem dissenting movement has drawn inspiration from Gandhi. The movements for environment, alternative science and technology, eco-feminism, human rights, anti-consumerism, and resistance to nuclearism and globalisation — they have all directly or indirectly, knowingly or unwittingly, drawn upon Gandhi’s legacy.

I am told that 14 states in the world today do not have armies. Not that they have all turned Gandhian, of course — few would likely even know Gandhi’s famous line that armed nationalism is no different than imperialism. Gandhi’s political vision, after all, was not a by-product of British liberalism and its tacit theory of colonialism-with-a-humane-face. Rather, it was forged in the crucible of an undeniably racist regime — the authoritarian police-state called South Africa. Gandhi’s vision bears the imprint of its origins.

Does militant non-violence work in situations where one confronts an antagonist or combatant who is completely dehumanised, who can only laugh at such ‘comical’, ‘effeminate’, ‘impractical’ counter-modernist protest movements? Can it work when one of the parties to a conflict considers the other infrahuman, no different from a lifeless object, to be manipulated, exploited or kicked around? There can be no final answer to this question. However, militant non-violence did work the one time that it was tried in Nazi Germany. Nathan. Stolzfus writes about the Rosenstrasse protest in Resistance of the Heart — a book that does not mention Gandhi even once. He would have liked that.