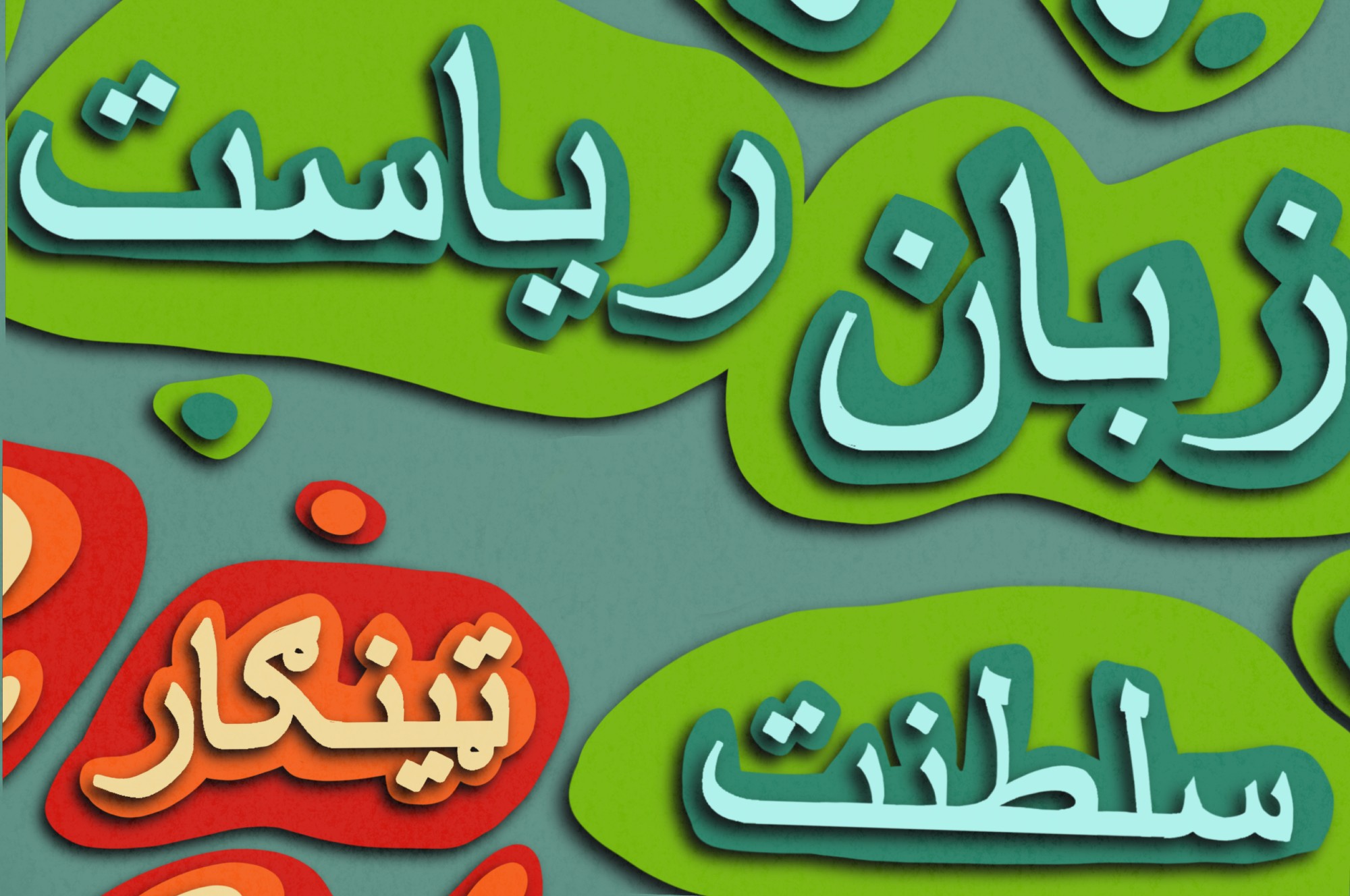 The anatomy of Urdu

How the language of state-making in Pakistan contributes to the erasure of regional languages.

A language doesn’t belong to its people. But perhaps people belong to a language. I belong to Urdu as much as I belong to Pashto or English. Language carries cultural-historical memory and, by extension, collective human wisdom. It makes us human.

But language can also be, and often is, used as a tool for oppression. In all its richness, Urdu is a language of resistance too. It has lent itself to the creation of some of the finest resistance poetry of the region, and because it is widely understood, it works for communication as well as mass organising. However, language as a tool of nation-and-state-making (and ‘nation state’ making) takes on a totally different role. It is ironic that while Urdu is being gradually erased across the border in India, the language has become one of the tools used to level cultural, linguistic and historical richness and diversity of Pakistani society.

This erasure extends back to the days of the British Empire, specifically to the second half of the 19th century, after the end of Company rule in India. In Self and Sovereignty, historian Ayesha Jalal uses historical records to document how the colonial administration made Urdu the official language of governance, policy-making and communication in the regions which are now Pakistan. Meanwhile, other regional languages were officially designated as vernaculars, and thus unfit for the purpose of governing. Even though these languages carry centuries of literature and heritage, Punjabi, Sindhi, Pashto, Balochi and Seraiki and all the other languages spoken by the communities in this region were written off. This policy of erasure made sense for the colonial administration, as its purpose was not to foster a nation of people with disparate ethno-linguistic and cultural identities, but to discipline them in order to extract more resources for the British Empire.

It is ironic that while Urdu is being gradually erased across the border in India, the language has become one of the tools used to level cultural, linguistic and historical richness and diversity of Pakistani society.

The regional languages in territories that are now part of Pakistan continue to be ignored by the postcolonial state, and the violence of this erasure is even more intimate post-Independence. The people who came to rule Pakistan and define its national identity were unable to transcend the colonial logic of state-making. Soon after the creation of the new state, Urdu was imposed on the majority of the country, including in the east which was overwhelmingly Bangla-speaking. The supremacy of Urdu has since been asserted not only to erase other languages but also other narratives and traditions which are not deemed part of the state’s literary and cultural projects. One example of this is how cultural stereotypes about Pashtuns have been produced and perpetuated.

As a Pashtun, I can speak intimately about how Urdu is employed by the state to profile me as the ethnicised ‘other’ in contrast to the de-ethnicised Pakistani. The racial profiling of Pashtuns has the Urdu accent as its most potent tool. Mainland Pakistan does not mock and caricature my English, probably because we are equally bad in English, with our thick accents. When it comes to Urdu, however, for decades, national media has portrayed this trope of the Pashtun as the simpleton from the borderlands with a thick Urdu accent, who arrives in the city wearing Pashtun attire.  A ‘Pashtun’ wearing a dishevelled pakol (a type of cap worn mostly in the Pashtun regions) and speaking broken Urdu is often used as a comic trope to elicit cheap laughter.

Recently, a skit aired on Nashpati Prime tried something similar on Manzoor Pashteen, the leader of Pashtun Tahafuz Movement (PTM), which has been seeking accountability for extrajudicial killings and disappearances in Pakistan. It portrayed him as an ideologue working on the orders of Indian Hindus, and robotically repeating the same slogan in Pashtunised Urdu. The inherent racism of caricaturing political workers and leaders in this way, despite them drawing crowds tens of thousands strong, speaks for itself.

Along similar lines, in the wake of the War on Terror, Pakistan military’s media wing designated itself the vanguard of counter-terrorism initiatives. Inter-Services Public Relations (ISPR) released multiple videos over the last decade, which projected a linear narrative of the Taliban terrorising people, and the Pakistan army coming to their rescue. The videos follow the plotline of a war in the borderlands where the affected victims are mysteriously absent, but the Taliban speak either in Pashto or in Pashtunised Urdu. Predictably, they are dressed in the traditional attire associated with Pashtuns. The videos also portray the Pakistan Army officers as urbane, suave romantics. When they speak, they do so in immaculate Urdu and English. The subconscious message is hard to miss.

It bears repeating that despite Pakistan’s love of Urdu, there is still work to be done to ‘decolonise’ it.

It is this project of differentiating communities on the periphery (Pashtuns and Balochs in particular) and deploying Urdu for that purpose that adds a layer of discursive oppression. Added to this is the fact that Urdu is given official patronage by the state as the language of literature and official history, while other languages are reduced to regional languages, once again imitating a colonial-era logic. This is accompanied by ‘acceptable’ stories of pain and struggle, and what are deemed unacceptable by the cultural establishments. After 70 years, the literary canon in Pakistan is still largely focused on Partition. Have a look at the catalogues of the literature festivals held in Pakistan for more than a decade now, and you will find panels upon panels about Partition.

The enormity of tragedy that ensued in the aftermath of Partition is undeniable. The point is not to erase or deny the stories of Partition but to point out how those stories are weaponised against ethnic minorities via the accepted literary establishment. Over the last 15 years, there have been military operations in Balochistan and Khyber Pakhtunkhwa, the Baloch- and Pashtun-majority regions of the country. The violence of the War on Terror has created a genre of anti-war poetry and a whole literary tradition that is articulated by the youth in their language, Pashto. As expected, these literary traditions don’t find any place within the country’s literary establishment. You won’t find any panels on new and upcoming Pashtun poets who have articulated the pain of war in their own languages.

As a Pashtun, I can speak intimately about how Urdu is employed by the state to profile me as the ethnicised ‘other’.

This erasure of literary forms and oral traditions of ‘regional’ languages from national mainstream discourse can be easily explained by the logic of the state to erase any trace of resurgent ideas which emerged in response to its wars. The established Urdu narrative fits well with the nationalistic conception of the state’s identity. In that regard, the very creation of an officially patronised canon of Urdu literature allows for the erasure of other narratives and traditions.

Those who know Urdu will know the popular anthems and poetry of resistance which are known throughout the breadth of the country. But Urdu has also been wielded as a tool for oppression by the state. That can be corrected if other languages, stories and voices across the country are given their due. This would not be a discursive project per se, but would rather involve the wholesale rewriting of the power dynamics at play within the country. Decolonisation will have to happen both in the political and the literary-discursive realms. And it bears repeating that despite Pakistan’s love of Urdu, there is still work to be done to ‘decolonise’ it. Urdu is mine, but Urdu has to be made to belong to all.

Hurmat Ali Shah writes on socio-political issues, and is particularly interested in the national core-periphery relations in Pakistan. He currently is a post-doctoral researcher.