Al Jazeera website inaccessible in Bangladesh after publication of an investigative report. 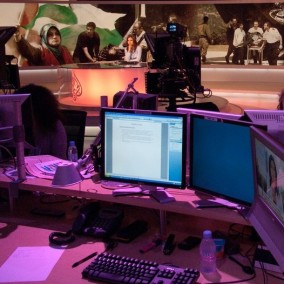 In what appears to be the latest example of digital censorship in Bangladesh, internet users across the country were denied access to a news exposé implicating a high-ranking state official with the disappearances of three businessmen. On 20 March 2019, hours after Al Jazeera published a story titled ‘Exclusive: Bangladesh top security adviser accused of abductions’ on their website, many readers in Bangladesh could no longer open the news organisation’s website. The chairman of the Bangladesh Telecommunication Regulatory Commission (BTRC), the state telecom regulator, denied government involvement in blocking the website and offered to look into the matter if they received a formal complaint from Al Jazeera. But there was no explanation from the government on why one website in particular was suddenly inaccessible throughout the country.

Unfortunately for Bangladesh’s internet users, such blocks on particular websites, or the entire world wide web, have increased over the past few years. In 2017, the government blocked Indian news website The Wire after it carried a story alleging the country’s military intelligence of abducting an academic. Ahead of the December 2018 elections, the BTRC blocked access to 58 news portals, claiming they were circulating fake news. The same month, the regulators also ordered telecom providers to shutdown 4G and 3G internet services for several hours.

This is also not the first time that Al Jazeera has found itself in the news in Bangladesh. In August 2018, photojournalist Shahidul Alam was arrested after he appeared on its TV channel to talk about the government’s treatment of students protesting for safer roads. Alam was held for over three months and is now out on bail. But the case against him continues.

Since September 2018, the government is also armed with the Digital Security Act (DSA), a new law which has been criticised for its overbroad provisions that enable the government to suppress media freedom. Bangladesh also approved the use of deep-packet inspection (DPI) over its internet infrastructure – a technology which enables the surveillance and control of internet usage throughout the country – and was seeking bids last year to install it. It is unclear if this block invoked either the law or made use of such technology. But journalists and activists in Bangladesh are justifiably alarmed at their government’s authoritarian impulses, and the erosion of civil liberties.

A profile of Shahidul Alam by Alisha Sett.