Skip to content
Culture > The dissident pleasures of pornography

The dissident pleasures of pornography

Pornography demands an examination of the contradictions between our sexual lives and yearnings. 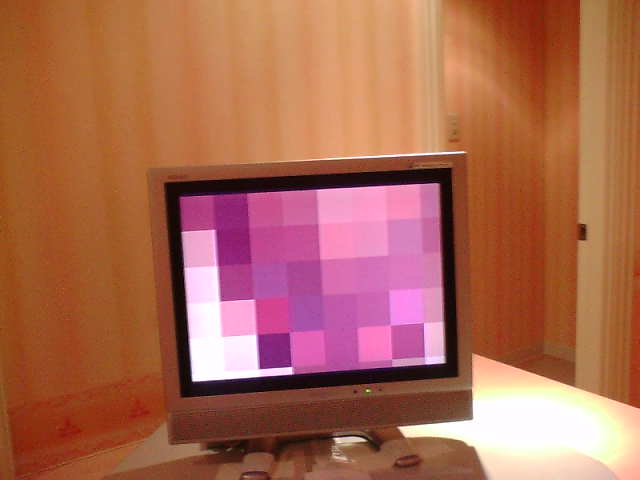 In 2009, the Indian Government blocked the much-loved Savita Bhabi website created by the pseudonymous Deshmukh, Dexter and Mad. The Savita Bhabi, ‘sister-in-law Savita’, website carries a daily cartoon strip about the “Sexual Adventures of the Hot Indian Bhabi” who is described as a “regular Indian woman who just can’t get enough sex”. In June 2009, the Government of India instructed internet service providers to block the site under Section 67 of the Information Technology (IT) Act which prohibits the publication and transmission of “any material which is lascivious or appeals to the prurient interest” or whose effect could “corrupt and deprave”, and also under certain amended provisions that were included after the 2008 Mumbai terrorist attacks. These provisions allow for the censoring of material deemed threatening to the “the sovereignty or integrity of India, defence and security of the state”.

In an age of proliferating hardcore cyber-porn, why did the government target a cartoon strip as a ‘moral and national threat’? N Vijayaditya, the Controller of Certifying Authorities – the agency entrusted under the IT Act to block websites – stated that the office had acted on “several complaints” made against the site. The demise (not really, since you can access the site through proxy servers) of India’s best loved bhabi was mourned by thousands of online admirers.

Headlines reported the “Assassination of Savita Bhabi” and the “Death of India’s First Porn Star”. A Bombay-based rock band dedicated a special song to Savita Bhabi, while blogs and networking sites launched ‘Save Savita Bhabi’ campaigns. On the other hand, Savita Bhabi’s detractors allege that the site denigrated Indian women, insulted ‘Indian family values’ and threatened ‘Indian culture’. Those familiar with censorship debates in India will know that over the last two decades these allegations have recurred with predictable regularity around sexual speech and more particularly around transgressive images of women’s bodies and sexualities. So what precisely is transgressive about Savita Bhabi?

Savita is an attractive middle class housewife whose dull, workaholic husband is rarely home. Consequently, she has ample time and space for torrid sexual encounters with, among others, a door-to-door lingerie salesman, local teens playing cricket, a former lover visiting from abroad, a potential boss, his secretary, a famous film star (with an uncanny resemblance to Amitabh Bachchan), a newly employed servant, the husband of her husband’s office colleague and a terrorist. As is evident from this brief summary, Savita Bhabi embodies, for the moral purists, the outer reaches of sexual transgression. She is married but not monogamous. She has sex for fun and not for procreation or love, and in choosing lovers, she does not discriminate on the grounds of class, caste, gender, occupation, age or status. And having had the most outrageous escapades, she gets away with it all!

Out and away
With her long, dark hair and voluptuous body, Savita Bhabi invokes the sensual female protagonists of popular calendar art and the children’s comic books series Amar Chitra Katha. Predominantly Hindu in its theme and iconography, these comic books feature goddesses, queens, princesses and wives whose sexualised bodies are restrained by their monogamous, dutiful and moral dispositions. Savita Bhabi has inherited the body and discarded the temperament.

That Savita is referred to as ‘bhabi’ is no less telling. Idealised as a maternal figure to the devar (the husband’s younger brother), the bhabi has also been the object (and subject) of erotic desire. Literature and films in India are replete with references to the desired and desiring sister-in-law. This theme finds powerful expression in Satyajit Ray’s acclaimed film Charulata (The Lonely Wife, 1964). While researching for the film in Santiniketan (the film being adapted from a story by Rabindranath Tagore), Ray found references to Tagore’s own relationship to his sister-in-law. Sooraj R Barjatya’s 1991 blockbuster movie Hum Aapke Hain Koun…! also places the figure of the sister-in-law within tension.

Arousing sexual excitement and moral anxiety with equal ease, Savita Bhabi straddles both continuity and change. The pleasures mobilised by the series have to do with Savita Bhabi engaging in explicit hardcore scenes as well as knowing that some others, particularly the husband, cannot or must not look. In one episode Savita and her husband are invited to an office colleague’s house for dinner. She ends up having sex with the colleague’s husband in the kitchen while their respective spouses sit and chat in the very next room. Indeed, the tension between ‘what can be seen’ and ‘what should not be seen’ constitute much of the lure and seduction of the banned series. The dangers of being ‘found out’ haunt both the sexual dissident as well as the dissident spectator of porn.

The weekly magazine India Today conducts an annual sex survey in collaboration with AC Nielsen – ORG MARG. The 2008 survey provides interesting insights into the sexual lives of people in India. Responding anonymously, men and women from four metros and six major cities provide frank testimonies about their sex lives, and they signal a clear decline in conventional inhibitions and a greater openness to a range of sexual practices that lie outside marriage, monogamy and heterosexuality. The survey shows that hitherto taboo topics like queer sexuality, extramarital relationships and pornography are fast tumbling out of the closet.

Beyond ‘harm’
Women’s relationship to porn has been the subject of much discussion. The feminist debate on pornography has a contentious history in the West. The anti-porn position, inspired by the writings of American feminists Robin Morgan and Susan Brownmiller, argues that pornography is material which depicts violence against women – and is itself violence against women – thereby, drawing a straight line between pornography and male violence. In the 1980s and 1990s, the anti-porn position found its strongest proponents in law professor Catherine MacKinnon and radical feminist Andrea Dworkin, whose crusade for censorship took inspiration from slogans such as “pornography is the theory and rape is the practice”. Dworkin, a former sex worker and political radical who had been sexually assaulted by policemen when she was in custody for protesting against the Vietnam War, believed, that under patriarchy, all acts of sex between men and women were violent sexual assaults no matter how pleasant it seemed. “Romance” she wrote, “is rape embellished with meaningful looks”, while dating was about the “rapist” bothering to “buy a bottle of wine”.

The anti-censorship feminist position, whose politics this writer shares, initiated debates that profoundly shaped contemporary understanding of consent, women’s sexual pleasure and the implications of using censorship as a strategy for social change. Anti-censorship feminists drew attention to the difference between sexist speech and sexually-explicit speech and argued that by conflating sexual explicitness with sexism and misogyny, anti-porn feminists had failed to interrogate gender-based discrimination in ‘respectable institutions’ like religion, the family and the judiciary.

Moreover, by focusing exclusively on ‘harmful images’, anti-porn feminists understand neither harm nor the complexity of images. Instead, by framing sexuality within a discourse of violence, they encouraged sexphobia and victimology. Anti-censorship feminists have repeatedly drawn attention to the overwhelming evidence that fails to show causal links between pornography and violence, even the research that radical feminists quote in their ‘anti-porn campaigns’. For instance, anti-porn campaigners in the US, using as a basis the 1986 ‘Report of the Attorney General’s Commssion on Pornography’, state:

Should harsher penalties be leveled against persons who traffic in pornography? We do not believe so. Rather, it is our opinion that the most prudent course of action would be development of educational programmes that would teach viewers to be critical consumers of the media.

At this point, one might ask: Do media messages then have no impact on the viewer? If words and images left no impact, why would we make films, write articles or even present papers at conferences? Film and cultural studies on spectatorship continue to highlight the complexity of the relationship between the image and the viewer by emphasising the large number of social and personal factors that shape a person’s responses to the media. Meaning is not produced exclusively by either the text or the viewer but is born at the intersection of both. Therefore, media has ‘consequences’ in that it does influence, inflect and mediate but it does so in ways that are unpredictable and non-determinate. In short, different people respond differently to the same text; the media does not have a predictable impact.

Spurious test
Despite the impressive scholarly work on the subject of spectatorship, common-place notions of media impact pervade the popular imagination. Representations of sex and violence, in particular, have raised the spectre of terrible ‘effects’ resulting in the demand for censorship. Pornographic images have historically been proscribed under obscenity laws. In India, the right to freedom of speech and expression is protected under Article 19 of the Constitution, but the provisions of Article 19 (2) subject this fundamental right to ‘reasonable restrictions’. Legal regulation of sexual speech primarily through the criminal law has been held to be such a reasonable restriction.

Section 292 of the Indian Penal Code, 1860, prohibits obscenity which it defines as any visual or written material that is ‘lascivious or appeals to prurient interests’ or which has the effect of depraving or corrupting persons exposed to it. Section 292 is based on the 1868 Hicklin Test which was approved and repeatedly applied by the Supreme Court of India. In the Regina Vs Hicklin case of 1868, the English courts provided a definition for criminally punishable obscenity by attempting to determine whether “the tendency of the matter charged as obscenity is to deprave and corrupt those whose minds are open to such immoral influences and into whose hands a publication of this sort may fall.”

The trouble with the test is obvious. It relies entirely on individual judgment and the interpreter’s subjectivity. Since there is no consensus on the meaning of words such as obscenity, vulgarity, prurience, lasciviousness and degradation, the interpretation of these terms differ from individual to individual. What is obscene to one person may not be obscene to another. Consequently, the history of censorship is riven with endless confusion over the meaning of obscenity and its relationship to erotica and pornography.

Pornography, then, is a phantasmatic arena. It does not reflect people’s ‘real’ sex lives so much as it articulates the desires and aspirations for imagined ones. In so doing, it frequently rebels against sexual conformity. It is for this reason that Savita Bhabi is both dead and alive.

~ Shohini Ghosh is a professor at the AJK Mass Communication Centre, Jamia Millia Islamia, New Delhi. She directed Tales of the Nightfairies (2002), a documentary about the sex workers rights movement in Kolkata. She the author of Fire: A queer classic (2010).