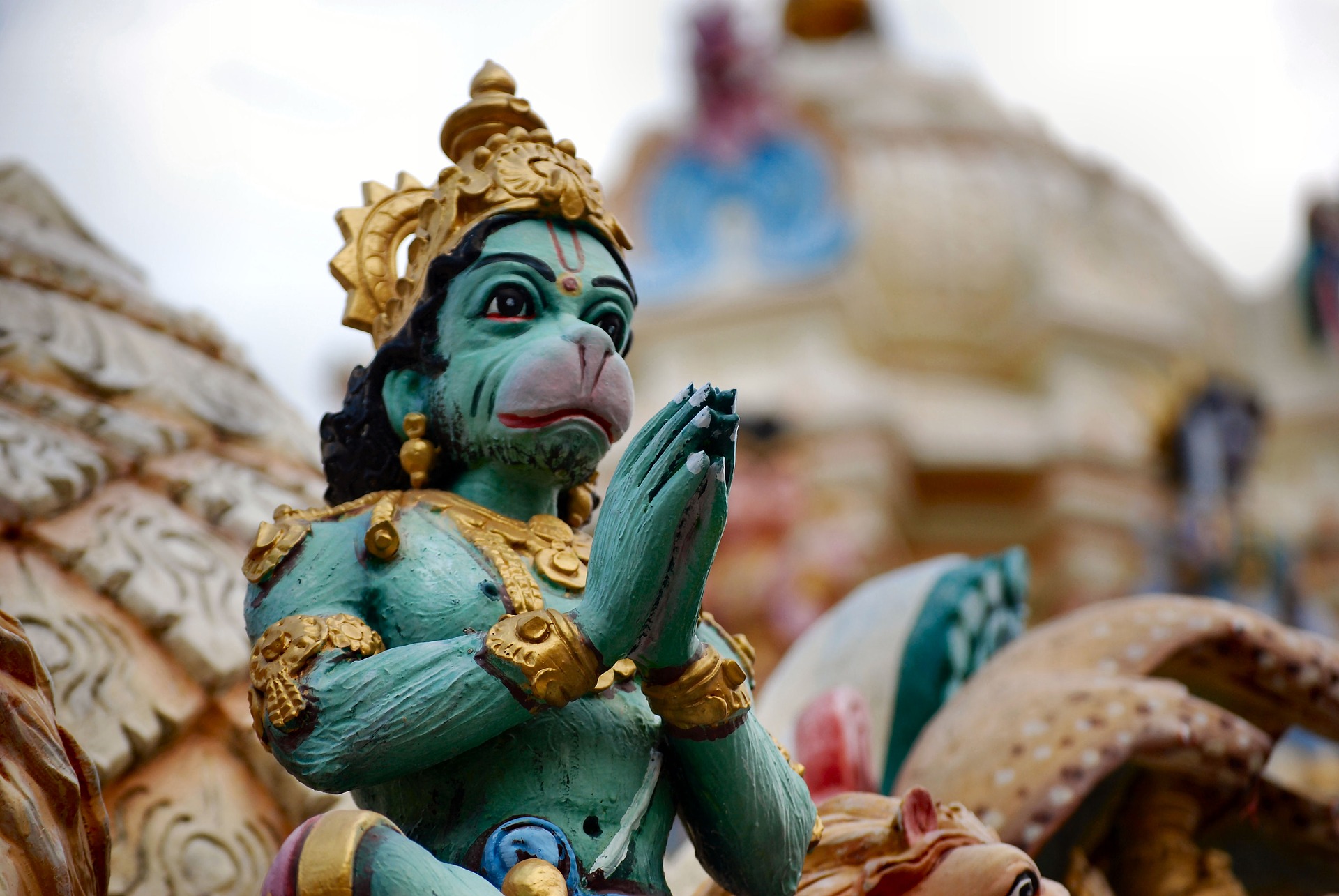 On the second day after the boy’s birth the mother notices it. The string-like fleshy protrusion, less than half an inch long, right at the tip of the boy’s tailbone. It doesn’t concern her much. After three girls, he is the first boy in the family. She and her newborn receive great care.

But the protrusion grows. It grows to an inch within six months.

On a market day, the parents take the boy to a homeopathic physician. The septuagenarian examines the protrusion thoroughly.

The mother glances over at the doctor. The boy starts to cry. She tries to calm her son, nestling him against her chest, rocking him. The doctor asks for some more details and finally says, “I don’t see any harm in it. Just leave it as it is.”

Days after the visit to the doctor’s office, two female neighbours appear. “Is it true that your boy has a tail?” they enquire. The mother covers half of her face with the sari hem. “No, who said that?” They elbow each other and wink. “Let us have a look.”

The mother stops going out.

At school, kids get on the boy’s sisters’ nerves.

“Your brother’s a monkey, right? How long has his tail grown now?”

One early morning, the boy’s grandma calls her son into her room. Dishevelled, with sunken cheeks and hollow eyes, she looks unfamiliar, much older and thinner.

“Are you all right, Ma?” the father asks.

“I had a dream last night,” she whispers, gazing up at him. “Lord Hanuman has come to us. He’s been born as your son.”

That night he tosses and turns in the moth-eaten squeaky bed. He wakes up at dawn and heads to his betel farm. Wandering around and looking at the young betel leaves in the soft morning light, he lets out a satisfied sigh. He feels complete for the first time in his life. It’s possible, he thinks to himself. Ma might be right.

Villagers from Durgapur and beyond show up at ridiculous times. The boy’s father farms the land surrounding his house. He finds it challenging to concentrate on his job, and to turn away the visitors.

“We’ve come from far away just to take a peek. You can’t say no,” they will demand.

Some do not seem happy only viewing it; they want to touch it. They want to see if the boy has any sensation there.

To handle the unexpected visits, the father decides that he will bring the boy to the visitors only in the afternoon.

One day a middle-aged man comes. He has a paunch and is wearing a brown blazer. He says he is the owner of Rajkamal Circus which is due to be set up in the district for a month. He asks the boy’s father if he’d be interested in making some easy money.

“You’re asking me to use my child to make money?” he snaps.

“No, no, take it easy,” the man says. “I know people gather here in the afternoon to see your son. Why don’t you show him at the circus instead? Just for two hours in the evening.”

Before heading off the man hands the father 5000 taka in advance.

It upsets the family.

“How dare you, you wretched man!” Grandma cries to her son. “You’ll be cursed. He’s the god Hanuman, you know that.” She looks at him so hard that he feels uncomfortable. She then shares her recent dream where she was advised to erect a temple for Lord Hanuman.

The very next day, the advance is returned.

The boy’s father, out of fear and guilt, soon sorts out a location in the front yard of the house, and within a month, the temple, Hanuman Mandir, made of bamboo and straw, is complete. A modest clay statue of Lord Hanuman, with legs folded in a lotus pose, is placed there as well. Although this is the first time the village idol-maker has made a statue of Lord Hanuman instead of the goddess Durga or Kali, his effort is commendable. The floors of the sanctum sanctorum are covered with hogla mats. A paper toran, or garland, is hung in the doorway. All over the place, strong-scented incense creates a hallowed atmosphere.

People from far-flung hamlets start pouring into Durgapur to see the temple, claiming that this is the first Hanuman Mandir in the country. Visitors seek blessings from the boy too. They line up outside the house from early afternoon onwards. The boy, accompanied by his father, sits beside the deity on a mat donning dhoti, leaving the end of his seven-inch long tail exposed.

Visitors kneel and pay pranam and touch the tail to get cured of their ailments or for their secret wishes to be fulfilled. Before leaving they put some money in the offering box. Some, who cannot afford any offering, bring things like coconuts, bananas, papayas, pumpkins, betel leaves and nuts, and so forth.

The boy is a little over three years old now. His eyes are big and dark; his demeanour calm and composed. A serious sort of look on his soft face, mingled with his childish innocence, seems to indicate that he knows about his role at the temple. Some days, after sitting for a while before the devotees, he starts yawning, his eyelids droop, and in no time he falls asleep. Other days he starts asking his father too many questions: “Baba, why do they put money in the box? Are they all mine? Baba, I don’t eat pumpkin. Throw it away, now. Baba, why does he have no hair?” Often, he finds things funny and suddenly bursts out laughing: “Baba, look, she has only one tooth.” Sometimes he says: “Baba, she’s so ugly, tell her to go away.”

“How dare you, you wretched man!” Grandma cries to her son. “You’ll be cursed. He’s the god Hanuman, you know that.”

Occasionally he runs off and begins to climb a guava tree by the pond. It isn’t something the devotees look forward to, but they watch the little boy’s natural climbing skill in awe. Just like a monkey god, they croon, and then kneel down to do pranam at the foot of the tree. Some days, however, the boy doesn’t want to attend the temple at all. He screams. He cries.

Soon after getting a blessing from the boy a childless woman miraculously gets pregnant, a young girl suffering from severe asthma is completely cured, and a myriad of stories go around that people have seen their conditions improve after coming to the temple.

The number of visitors is increasing every day. A neighbour opens a tiny shop on the way to the temple to sell various sacred objects, including books and pamphlets. The small temple eventually turns into a corrugated iron shelter. The boy’s father has already bought substantial plots of farmland and has other people work for him now.

One morning in the late monsoon, the boy wakes up with a backache. The following day he develops a fever. This is somewhat unusual. He has always been healthy, never even falling ill other than getting a cold. His body temperature rises steadily. On the fourth day he cannot keep anything in his stomach and keeps throwing up every time he eats.

Home treatment continues, with traditional medicine from the local ayurvedic doctor. Devotees visiting the temple pray for his fast recovery. But the fever remains high. And the pain in his hip, especially right on the spot of his tail, gets intense. His big sharp eyes are now red and puffy. His voice lacks the energy to whimper.

Occasionally he runs off and begins to climb a guava tree by the pond. It isn’t something the devotees look forward to, but they watch the little boy’s natural climbing skill in awe.

After a brief shower, Saturday morning is still; the sky is clear, and the air is fresh. The boy opens his eyes. He’s had his first unbroken night’s sleep since he fell ill. He glances about the room. His mother and father are asleep on either side of the bed. He turns to his mother. There is a slight sense of unease in the tailbone area between his buttocks. He runs his right hand inside his shorts to feel his tail. His eyebrows arch.

“Yes, honey,” his mother sits up from her gentle slumber.

The mother squints at him as if she cannot understand the question. She pulls his shorts down. By this time the father is up. They both gaze at the boy’s naked hip joint, agape. Their eyes bulge, unable to believe what they see.

“Where did it go?” the father shrieks.

The father and the mother dig into the bed, and almost together they spot the tail lying at the very bottom of the bed. It is half hidden in the twisted bedsheet. They fall silent for a while, both carefully holding the tail.

The blow makes the grandma take to her bed. Her old eyes keep staring up toward the ceiling and some words dribble nonstop from her mouth:

Rahad Abir is a writer from Bangladesh. His work has appeared in The Los Angeles Review, The Bombay Literary Magazine, The Wire, Himal Southasian, Brick Lane Tales anthology, and elsewhere. He has an MFA from Boston University. He received the 2017-18 Charles Pick Fellowship at the University of East Anglia. Currently he is working on his first novel and a short story collection.