Skip to content
Books > The liberation theologists of the Hindu past

The liberation theologists of the Hindu past 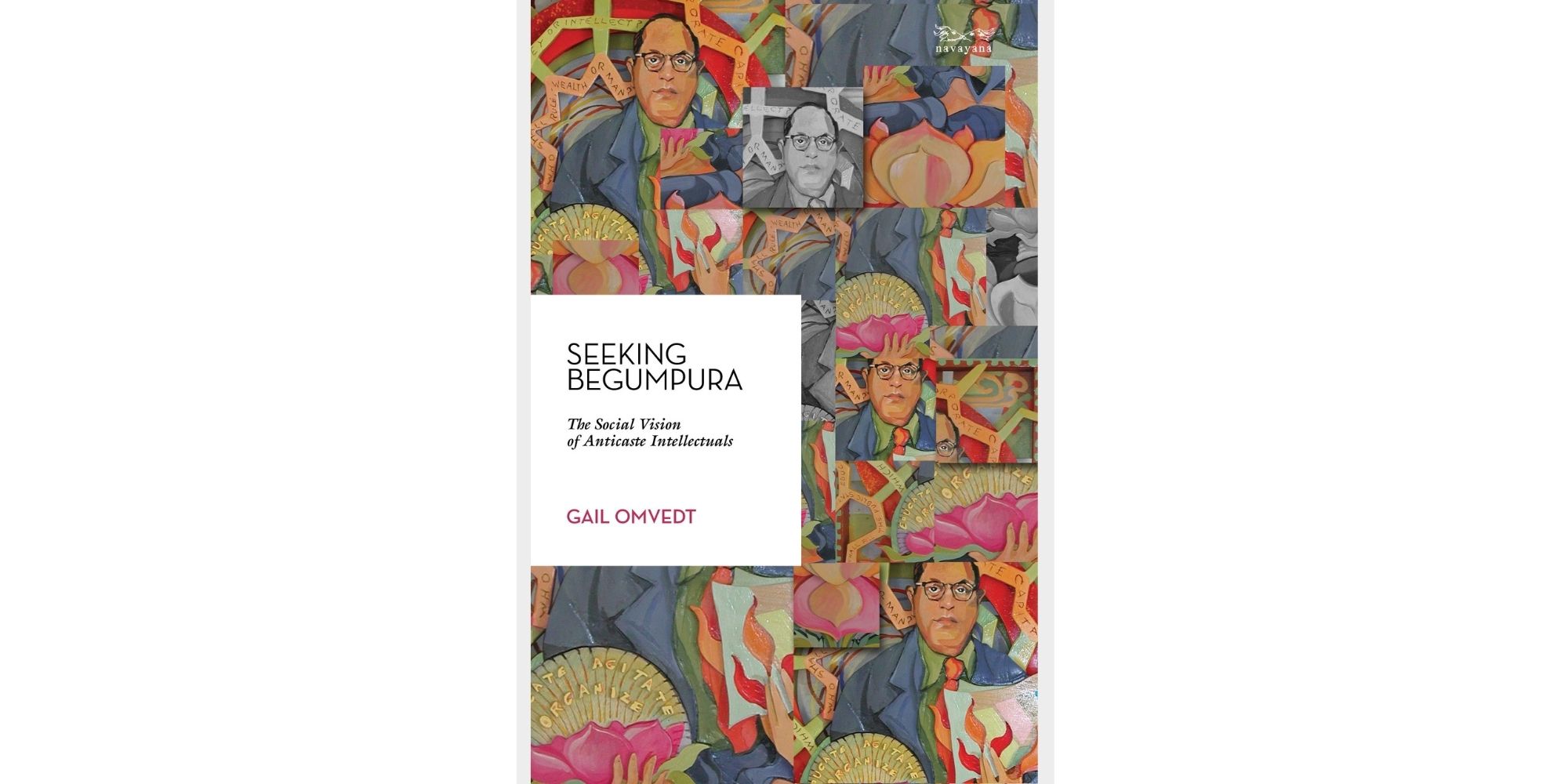 Seeking Begumpura, the latest work by the American-born sociologist and longtime Indian citizen Gail Omvedt, marks a watershed in the battle to uncover the hearts and minds of the oppressed and powerless – the ‘subalterns’ of the Subcontinent’s history. Over the past quarter-century, two scholarly traditions have been torchbearers in this task. The first is the Subaltern Studies Group, which includes historians inspired by the Vienna-based historian Ranajit Guha; the second are the ‘critical traditionalists’, best known through the ideas of the ‘political psychologist’ Ashis Nandy.

The focus of the former group is on the communitarian peasant or Adivasi who resists the ‘disciplining modernity’ of the coloniser, as well as the elitism of Indian nationalists. The individual on whom the latter focuses, meanwhile, exults in what can be thought of as an ‘anti-modernism’ – not only preferring indigenous traditions that have been denigrated by colonial brutalities, but being almost naturally nativist. In both traditions, however, the subaltern figure is not a cultural revolutionary, but seeks instead merely to preserve his or her own cultural traditions.

Caste, meanwhile, has been largely absent from both schools of thought. In 1993, Gail Omvedt criticised the Subaltern Studies Group for largely neglecting the issue, posing the question to them: Would B R Ambedkar be considered a ‘subaltern’? On the other side, Meera Nanda, a historian of science, more recently challenged the critical traditionalists by emphasising a Dalit view of modernity that does not valorise Indic ‘tradition’ in ways that an easy postmodernism of privileged classes, castes and gender would attempt to do. Meanwhile, the response from both of these groups to such caste-based criticism has been either dismissive (see Nandy’s latest book, Time Treks) or chillingly silent.

As such, one must turn to those other traditions of scholarship that have identified and constructed the dispossessed of Southasia’s history very differently. This could be, for instance, where subalterns appear as cultural revolutionaries seeking to fundamentally transform traditional culture, not simply as political radicals. These other traditions attempt to achieve this by celebrating the arrival of modernity in India as a source of potential liberation from the shackles of traditional social, political and economic orders. In this, scholars have at times taken recourse in either pre-Vedic or non-Vedic (such as Buddhist) Indic traditions, at which point oppression is seen as a product of India’s traditional social order. Subaltern consciousness was, hence, directed to the fundamental modes of subjugation, along the lines of class, caste and gender.

Chief among these ‘alternative’ traditions are those of Marxism, feminism and the approaches of Ambedkar and Jyotirao Phule, or anti-caste scholarship from Dalit and bahujan perspectives. The aims of these approaches have always been not only the recovery and representation of histories of the dispossessed, but also the active reshaping of the present along the lines of subaltern visions of a better world and life. Although some trends do exist within the feminist tradition that tend to be anti-modern, by and large feminism in India is closer to the Marxist and the Phule-Ambedkarist traditions: seeking visions of liberation not in order to resurrect some mythical ‘golden past’, but rather to build a new future along the lines envisioned by exploited castes, working classes and feminist visionaries throughout history. Over her long career as a public intellectual, Omvedt has had the rare honour of being instrumental in participating, shaping and revising each of these three traditions.

Radical bhakta
In Seeking Begumpura, Omvedt works to recover what she calls “utopian” visions of society from the corpus of teachings and writings, songs, poetry and prose of various Dalit and bahujan intellectuals since the 15th century. This heralds the “modern era” for Omvedt, much earlier than conventional scholarship, and allows her not to simply see modernity as a ‘gift’ of colonialism. The visionaries that Omvedt references since the advent of British colonialism in the 18th century were not easily viewed as either anti-colonial or anti-modern. Instead, they made complex assessments of British colonialism (and Mughal rule before it) as having brought positive changes in socioeconomic life, but also having failed to break the fetters of caste.

From a Marxist perspective, Omvedt identifies the hope expressed by these anti-caste thinkers of long ago within narratives of the development of society’s forces of production, and their social organisation at that time. Thus, we are able to see how early-modern visionaries such as Nama, Kabir, Ravidas, Tuka, Kartabhaja and Namasudra of Bengal, and late-modern ones such as Phule, Iyothee Thass, Pandita Ramabai, Periyar and Ambedkar had to make their own histories and visions of utopia under conditions not of their own choosing.

So why does Omvedt choose to highlight these voices as ‘radical’? Conventionally, radical has referred almost exclusively to those individuals and groups associated with a broadly understood class-based socialist vision. Now, perhaps for the first time, we are able to view the visions of those relegated to being ‘other-worldly’ as also being radical for this world. To accomplish this, Omvedt has had to rescue what she calls the “radical bhakta” (with bhakti referring to India’s major traditions of mysticism and devotionalism, plus the Sufi traditions) from a historiography that has sanitised the histories of the bhakti movements, by co-opting its votaries into a Brahminical Hinduism.

Thus, whereas the authoritative Sources of Indian Traditions, long used as text in US universities, paints the 15th-century Ravidas not as a radical (claiming that “he probably meant his vision of equality to be applied only to the spiritual realm”), Omvedt feels otherwise. She convincingly shows how Ravidas, in his poem “Begumpura”, was not only speaking of a spiritual world. Instead, he was also painting a picture of a radically egalitarian “earthly utopia”, where all the sources of oppression – taxes, private property, political prisoners and torture – did not exist, and where all were one.

Omvedt also works to rescue the radical anti-caste vision of the Kartabhajas of Bengal, who spoke about ‘caste mixing’; as well as the works of Kabir, who denounced casteism, ideas of pollution, the ‘book knowledge’ of priestly specialists, and ritual practice. Both the Kartabhajas and Kabir have long been co-opted by various conservative forces. Finally, Omvedt underscores the fact that, unlike the “professional renouncer” enjoying institutionalised support, the radical bhakta is almost always a householder with responsibilities – one who is simply acutely conscious of social relations, all of which contribute to their social visions.

Updating inequality
Perhaps the most enduring contribution of Seeking Begumpura will be the tracing of continuity from the early-modern anti-caste visionaries to the modern or late-modern ones. The author is able to establish the existence of a radical tradition of anti-caste thought over roughly five centuries. Steering clear of the hagiography of the proponents, the reader is able to assess the power, potential and limits of modern anti-caste visions – the Bali Raj of Phule, the Buddhist commonwealth of Iyothee Thass, the feminist Mukti Sadan of Pandita Ramabai, the Dravidanadu of Periyar, and the Prabuddha Bharat of Ambedkar. These ideas appear importantly different in their approaches to the problems of caste, but unified in their uncompromising anti-caste visions. However, as the author observes in her sobering conclusion, in a post-Independence era dominated by non-radical visions of a Gandhian Ram Rajya, a Nehruvian Hindutva-laced socialism or a Hindu Rashtra of someone such as Vinayak Damodar Savarkar, the revolutionary vision of the abolition of caste has not happened. Instead, it has resulted in an “updating and restructuring of caste inequality”.

In distilling the current debates around caste, Omvedt calls for translating Ravidas’ “Begumpura” into “a vision appropriate to the new (globalising) era”, where the nationalism of the 19th and 20th centuries seems overshadowed by the trans-nationalism of corporate globalisation, and a still-fledgling global socialism. Such a call resonates with the need to counter the resurgence of Hindutva in India and overseas, by also addressing its contradictions. After all, among the youth in the Subcontinent and overseas who are attracted to the approach of Hindu traditions, there are also those who consider themselves to be socially progressive, especially with respect to being anti-caste, anti-patriarchy, and pro-human and civil rights. For them, Seeking Begumpura could also be addressed as an invitation to do the hard intellectual work needed to make possible a radical Hindu identity. This is necessary because Hindutva needs to be challenged from within its protected domain, by Hindus who are not only conscious of the threat that it poses to all but also cognisant of its strengths, which need to be the target of any ideological war.

Pursuing this line of thought, Hindutva today must be seen to embody a neoliberal trans-nationalism favouring private property and profits over public ownership and common good – a direct contrast to the utopias envisioned by Omvedt’s anti-caste visionaries. At the same time, Hindutva today has gone beyond the imaginations of the late-modern anti-caste visionaries who were talking about nationalism and colonialism, by constructing a hegemonic ‘cultural chauvinism’ that no longer needs a territorial nation. That this is the vision of Hindutva is clear in the recent campaign to rewrite school textbooks in the US state of California with a Hindutva bend. Culture and civilisation are the new terms of Hindutva, which seek transnational spaces for the accumulation of economic as well as intellectual capital.

Neo-Hinduism
It becomes imperative for any cultural revolutionary vision today to attend to the ways in which hegemony is being constructed by Hindutva. How, for instance, Hindutva constructs a unified phenomenon called Hinduism, while attempting to erase fundamental conflicts of caste and gender within the so-called Hindu community, all of this based on a supposed ‘golden past’. Attention to the lives of anti-caste thinkers of the past (some of whom also opposed patriarchy) becomes critical to mount any challenge to Hindutva’s claims. This is necessary not only to show how heterogeneous the Hindu space actually was and is, but also to constantly reiterate that any communal space is always embattled.

Many historians have contributed to this task before this, but the importance of Seeking Begumpura lies in its potential to begin to locate the contours of what could possibly be a ‘neo-Hinduism’. This can only emerge from a thorough internal critique that sheds all of the baggage that is being termed ‘retrogressive’ in the 21st century. Such a level of critique and reconstruction of Hinduism has never before taken place, as previous reform movements never saw the need to formulate a Hindu liberation theology and practice.

Only such a neo-Hinduism could properly be called radical, however, and in this there are lessons to be learned from Nama, Kabir, Tuka, Phule and others. Significantly, with the exception of Phule, all the late-modern radicals rejected the possibility of a reconstructed Hinduism, and chose instead to build upon Buddhist, atheist or Christian traditions, radically interpreting them in the process. After all, can Hinduism be without caste? This is the question that now needs to be revisited by all Hindus who see themselves as progressive. One way or another, the answer cannot be allowed to be an easygoing Hindutva shibboleth (“vasudhaiva kutumbakkam”, that the world is one family), one that fails to dismantle millennia-old caste structures, and stifles dissenting voices and alternative visions. Will Hindus be able to perform such a self-surgery?

~ Balmurli Natrajan is an assistant professor of anthropology at William Paterson University, in the US.