The logic of Ramdev

The guru-politico comes with an idiom that the powerbrokers of New Delhi fail to understand, but which could yet change the contours of politics. 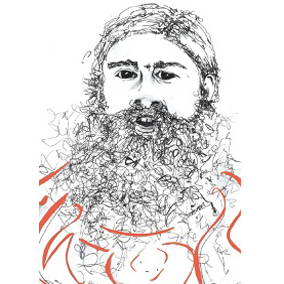 Baba Ramdev is a remarkable phenomenon. He has all the power and recall value of a B-grade Bollywood movie. Journalistic reports describe him in speeded-up time as a cascade of news. But to understand Ramdev, one has to see him less as an event and more as a structure – to read him as anthropology, unravel the myths and symbols, the politics of culture that surrounds him. Merely to see the guru as a list of categories – farmer’s son, yoga expert, Yadav from Haryana, medical entrepreneur, self-made millionaire, revivalist – is not enough. Sociology does not exhaust possibilities, it helps to create them. The question one must ask is, How does a yoga guru become a political threat to an elected regime? In fact, Ramdev appears like a millennial leader promising a new moral regime.

Let us take a look at how Ramdev constructs his own world. His target is New Delhi. For him, the capital is not a place; it is a point of origin, the source that classifies categories. New Delhi is not merely exclusive – it excludes, and this is what Ramdev is battling. Given its decadence, he believes the edifice will collapse quickly. In this, Ramdev is not alone. Gujarat Chief Minister Narendara Modi speaks a similar language when he talks of the Delhi ‘Sultanate’. For Modi and Ramdev, Delhi represents power that is indifferent to the rage outside it. Baba Ramdev is battling Delhi, seeing it as a source of corruption.

One has to understand the inherent symbolism. Delhi is Delhi because, as a capital, it classifies, it determines what is ‘official’ and what is ‘informal’. In turn, these labels determine the chances that citizens have in their lives. The official is subsidised while the informal often ends up in jail. One often thinks of the distinction between official and unofficial, formal and informal in economic terms. Ramdev is suggesting, instead, that there is an informal economy of culture, an excluded domain that ranges from agriculture to language. He seeks to represent these inarticulate constituencies.

New Delhi senses Ramdev’s intentions and seeks to devalue him. For many in the establishment, he is seen not as a spiritual guru but as a practitioner. Communications Minister and Human Resource Development Minister Kapil Sibal, for instance, has described him as a mere yoga guru, a specialist technician of sorts. Sibal claims that, by violating categories, Ramdev has created a law-and-order problem: a health shivir cannot be the basis for a political rally. And so, the battle of categories begins.

There is indeed an irony to all this. When Ramdev declares a fast, he is examined by doctors practicing Western medicine. No vaid of indigenous medicine dances in attendance. No image of Ayurveda enters the picture; all definitions of malfunction are allopathic. A yoga guru who challenges Delhi is policed by Western medical categories. Of course, this is because this is a far larger battle than it at first appears. For Ramdev, yoga is not a technique; it is a metaphor. He uses the idea of the body not just to describe the health of the body but of the body politic.

Yoga creates an active citizenship where health creates a different politics, one where good breathing is not just ‘good being’ but a stratagem to fight the rapacity of multinationals. Ramdev sees health as a power of citizenship, and yoga becomes a technique for sustaining health. He feels what yoga does for medicine (by eliminating unnecessary drugs), the mentality of yoga can do for agriculture by fighting the unnecessary introduction of pesticides and synthetic fertilisers.

What irritates New Delhi is the verve, the rustic chutzpah, the confidence that Ramdev brings to his task. There is no cultural diffidence here. Like Uttar Pradesh Chief Minister Mayawati, Ramdev knows that he has numbers on his side. They might not translate into votes if he takes the electoral plunge, but they do count as footfalls in a rally. New Delhi officials panic and, when Ramdev reaches the airport, they beg him to call off his protest. There is something about this new form of dissent that is frightening the capital city. Three events in particular shape this new dissent: the logic of the recent election of Mamata Banerjee in West Bengal, the rise of Anna Hazare as an anti-corruption civil-society voice and, now, the bubbling-up of Ramdev. Each of these events is creating a new effervescence in politics.

At one time, the Congress party was a great domesticator of dissent, typically overwhelming opposition by eventually absorbing it. It looked askance at Mamata Banerjee when she first appeared out of its own ranks, but then saw in her the cyclonic force that would sweep away the Communist Party of India (Marxist) in West Bengal. It did not seek to understand Mamata’s politics of simplicity, or her sensitivity to those who wanted justice for land. All it sought was a piggyback ride to victory. The general wisdom of the Congress knows that electoral politics makes for strange, but at times successful, bedfellows.

For the Congress, Anna Hazare was a small blip in Nationalist Congress Party President Sharad Pawar’s state – a Gandhian fighting alcoholism. Hazare’s campaigns were local, and the Congress dismissed him until he surprised it in recent months by becoming a national figure. Suddenly, it was Hazare who had captured all the symbolism of the old Congress – its Gandhian ideology, its swadeshi logic, its aesthetic style. Hazare exploded like an epidemic. He demanded instant legislation – the anti-corruption Jan Lokpal bill – to which the Congress yielded, albeit after its usual hesitations. Hazare remains a threat that the Congress has only barely contained.

Ramdev is different. For the Congress, he is like a bad dream, a touch of Rasputin and Rumpelstiltskin rolled together, speaking the language of quackery. He is a native upsurge, an Other Backward Caste threat, a revivalist uprising. He is a cultural ambush, yet many people see the logic of his argument, and come to believe that the Congress is a coalition of the corrupt. Naturally, the party now seeks to contain him, but its members have also come to realise that Ramdev could prove to be far larger than he appears – a flash flood that could drown them.

Whenever the Congress starts to panic, it displays all its old ideological strands. In this case, Kapil Sibal has emerged to claim that Ramdev is a rustic quack who has no right to enter politics. Digvijay Singh, the Congress veteran, asks simple secular questions of Ramdev, treating him like another shady businessman who has unaccounted-for millions. Suddenly, the tax return emerges as the great moral leveller. The party eventually becomes authoritarian – in this case, physically removing Ramdev from Delhi. As a coalition of political factions, the Congress seems to have lost its coalitional skills, its powers of compromise. Its Chidambarams and its Sibals have no patience for the tantrums of the ‘illiterates’, be it Ramdev or the Maoists. A sense of Emergency hangs in the air.

Ramdev is a threat not only due to the numbers that he can mobilise and his bravura confidence, but because he has waged a symbolic war around corruption. This battle is a one-point idea with a seven-point plan. It is also a fight against adulteration, a plan for local languages. Ramdev is seeking to guarantee teaching in engineering colleges using local languages. He wants agriculture and medicine to turn organic, and seeks to return to the idea of the natural body. Basically what Ramdev is looking to alter are the rules of engagement. Symbols become important. Key terms unravel in the battle for survival.

Consider the term satyagraha or even the idea of fasting as protest. Purist Gandhians would claim that Ramdev, while well intentioned, is not a Gandhian. Such a response is superficial: Ramdev stems from the satsang, the gurukul and ashram. He is as nativist as you can get. His appeal is not to Gandhi but to V D Savarkar, Subhas Chandra Bose and Vivekananda, names as powerful in legend and folklore as Gandhi. The chorus of the Baba creates a sense of traditional ambience – a spectacle that irritates New Delhi and especially the secular left, which sees revolution as fine but fasting as a tricky thing.

While perhaps annoying to the Congress, Anna Hazare is generally acceptable because he is surrounded by a ring of professionals. Ramdev, on the other hand, oozes unpredictability; the Congress cannot pin him down. What New Delhi cannot label, it prefers to evict. In violation of all civil-rights rituals, it resorted to an old habit, the midnight raid. What the Congress could not do to Anna Hazare, it sought to do to Ramdev: a desperate act to break his legitimacy.

Oddly, Ramdev undermines himself as well. His ability to fast for any length of time seems suspect. As one observer put it, ‘An Indian housewife fasts out of habit; she can fast for a month. This man makes a mess of five days.’ Sadly, Ramdev responds to stereotype with stereotype. His first target has been Congress party President Sonia Gandhi. She is no longer the ‘daughter of the nation’, in his rhetoric, but rather an alien, a foreigner who condones attacks on women.

The intransigence of both sides has been clear, creating an uneasy stalemate. The Bharatiya Janata Party (BJP) and Vishwa Hindu Parishad (VHP) have been having a field day: they see in Ramdev the raw energy, the cultural force that has gone dry in their own political streams. By accepting the readymade cadres of the Sangh Parivar, Ramdev dilutes his own autonomy. Such an act also distances those who had respected his battle against ‘black’ money. As Anna Hazare commented, Ramdev should have worked on a long-range strategy rather than a reactive display.

So what is the ‘Ramdev strategy’? It is a set of yogic bodily techniques, couched as philosophy, that is Ayurvedic and also civilisational. Ramdev is convinced that these techniques constitute a science, but he conducts his yoga as a set of larger practices. The body becomes the basis for a set of community practices around the satsang and the ashram; faith in a particular kind of medicine creates a wider network of faith. Like all nativist groups, he has a powerful diasporic backing.

The scenario so far is predictable, perhaps, but acquires comic-book proportions as it extends to agriculture, language, to the ethics of governance. Ramdev advocates the death penalty for corruption. His actions spell opportunism when nationalism and health move towards electoralism. Suddenly, Ramdev threatens to set up candidates in every constituency; a marginal preacher, a clown, becomes a threat. He feels the need to invade Delhi. He senses resonances among the people – a huge congregation of supporters is ready, money is available. Ramdev gives tentative support to Hazare and suddenly decides to reclaim his idea. The rest is history still in the making.

A new political unconscious – built out of the envelope of folklore, health recipes, exemplars, myth – is being churned up. How it unfolds will determine the new possibilities of India as an imagined idiom. The spectator can watch, comment and enjoy from the ringside seat.