The myth of mainstream

On the dangerous trajectory of state institutions and popular media in India. 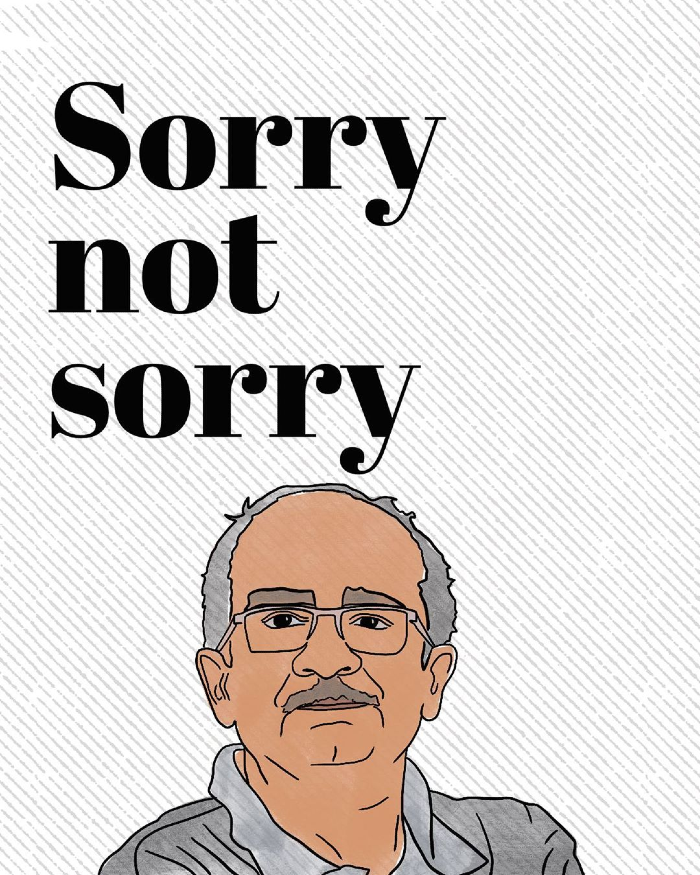 Every other day or so, it seems, news from India confirms our worst fears about the state of journalism and free speech in the country. Indeed, given the growing body of evidence, particularly since the ascendancy of Bharatiya Janata Party in 2014, one runs the risk of being repetitive and cliched even bringing up the issue. In this context, two recent events – the attack on reporters of The Caravan magazine in Delhi, and the Supreme Court verdict against activist and lawyer Prashant Bhushan – indicate the institutional nature of India’s democratic descent.

On the afternoon of 11 August 2020, three journalists from the Delhi-based Caravan were physically attacked by a mob, which included a man who identified himself as a “BJP general secretary”. One of the three journalists was a woman reporter who faced sexual harassment from the group. The journalists were following up a story in a neighbourhood in northeastern Delhi where Muslim residents had been subject to communal harassment a few days back. The reporters, too, faced Islamophobic slurs, after the attackers discovered that one of the reporters was Muslim.

The episode is a clear sign that basic reporting is now dangerous, even in the country’s capital. As late as three days after the incident, the police had not registered a first-information report (FIR) of the assault, even after the reporters made detailed, written complaints – one of the assault, the other of grave sexual harassment. According to the officials at the police station, an FIR would be filed only after listening to “both sides” of the affair, since the attackers, the police say, also made complaints against the journalists. The FIR has finally been registered, but no arrests have been made yet. The same police station had also refused to make a formal record of the Muslim residents’ grievances a few days earlier, and had instead beaten and sexually assaulted the complainants at the police station, according to a Caravan report.

As politically empowered mobs perpetrate violence on Muslim communities and journalists reporting on the violence, the state apparatus has either preferred to ignore the situation or, in some instances, aggravated it through arbitrary abuse of power, a trend most visibly seen in Yogi Adityanath-run Uttar Pradesh.

Meanwhile, in an important verdict last week, the country’s most powerful judicial body has indicated that it will tolerate no public criticism. On 14 August 2020, India’s Supreme Court found advocate and activist Prashant Bhushan guilty of contempt of court, for posting the following tweets:

CJI rides a 50 Lakh motorcycle belonging to a BJP leader at Raj Bhavan Nagpur, without a mask or helmet, at a time when he keeps the SC in Lockdown mode denying citizens their fundamental right to access Justice! pic.twitter.com/PwKOS22iMz

The court’s use of this arcane tool from its judicial arsenal – where criticism of judges ‘scandalises’ the court and thus erodes its authority – comes at a time when the apex court already faces serious public scrutiny for a number of reasons, including accusations of politically-prejudiced judgements, and allegations of sexual assault by a chief justice. To find someone like Bhushan – a public-spirited lawyer with decades of Supreme Court experience – criminally contemptuous, is to also warn less resourceful citizens and media organisations of the consequences of future dissent.

Of course, these institutional breakdowns have accompanied the downward spiral of the country’s financially powerful media organisations, who have aided and abetted this democratic decline. It was indicative that when Asaduddin Owaisi, a Hyderabad-based politician, questioned Prime Minister Narendra Modi’s participation in the controversial stone-laying ceremony of the new Ram temple in Ayodhya, news anchor Rajdeep Sardesai, a popular representative of the ‘respectable mainstream’, asked why Owaisi didn’t criticise the blurring of state and religion by Saudi Arabia, Iran or Pakistan? An exasperated Owaisi had to then remind Sardesai that he was neither a Saudi nor an Iranian citizen, but an Indian.

Today, the ideas and assumptions of the Hindutva fringe colour the mainstream, and India’s independent journalists, activists and critics face not just legal hassles, but physical violence. As the Indian state and parts of the media establishment downplay or refuse to recognise the rising tide of bullying and bigotry, keeping track of their complicity is as important a resistance as anything.