Skip to content
Environment > The Nepal earthquake, one year later

The Nepal earthquake, one year later

The 25 April Earthquake that shook the central hills of Nepal in 2015 will be forever be embedded in the memory of those who lived through it. 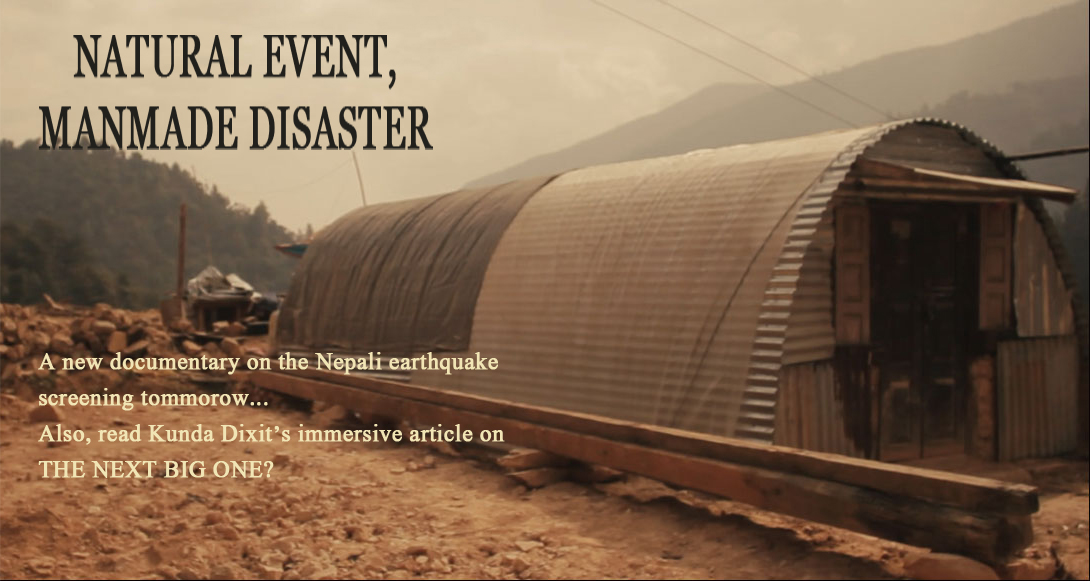 The 25 April Earthquake that shook the central hills of Nepal in 2015 will forever be embedded in the memory of those who lived through it. The aftermath of that disaster continues to be felt by thousands of Nepalis who live in ‘temporary’ shelters. But the story of the worst natural disaster to impact Nepal in recent history is not one of despondency alone. Looking back at the immediate aftermath, one is reminded of the agency that people in Nepal and friends across the globe showed as response to the earthquake.

As a media organisation based in Kathmandu, we at Himal felt that our energy and resources were best spent on doing what we do best: a long-run commitment to illuminate stories that were not being adequately covered by the mainstream media.

We started Notes From the Field, a reporting initiative where we carried the voices and stories of the people and places that had seen the devastation, and of those volunteers and relief workers who were on the front lines of aid operations.

As a Southasian magazine, we felt the need to address the human factors, in the form of political and economic arrangements, which shape such disasters across the region. And so in our immediately following quarterly issue Disaster Politics, we looked at, among other things, the disproportionate impacts of disasters on the poor and marginalised. Disaster Politics unpacks post-disaster politics – a complex web of policy-making, economic and political shifts, and foreign aid commitments.

Natural Event, Manmade Disaster is a short film produced by Himal. The documentary is part of an immersive article revisiting a prescient 2011 piece by Kunda Dixit, ‘The Next Big One’

In the past year, our writers have also covered the disaster from many angles. Here is a selection of their work: