Skip to content
Uncategorized > The oligarchy of filmi deviousness

The oligarchy of filmi deviousness

Bhartendu’s stage is on fire,
Distraught, in English,
People are running away.
– Byomesh Shukla in Aadat

Indian television serials are a lot better these days. They are skilfully scripted, carefully produced and cleverly stretched to last months, even years. Even 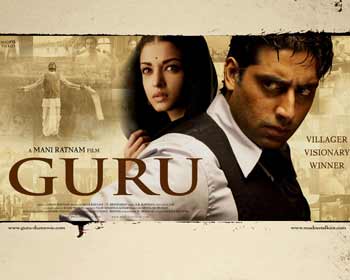 more interesting, the commercials that accompany them are still more slick, more entertaining and retain their sparkle longer. Why so? Analysts offer an interesting explanation. Advertisers spend more money for the production of a one-minute spot than the production cost of several episodes of a soap opera. Copywriters are better paid than scriptwriters. In terms of time spent, actors receive more money for appearing in a commercial than they do for appearances in tele-serials. Advertising professionals that oversee the production of commercials are much more demanding than programme executives. Most of the time, anchors nowadays do not even need to say, “Don’t go away”. Millions wait for Juhi Chawla’s current tease in the “Kya Family Hai” series of their own free will, and never get tired of Amitabh Bachchan’s childish pranks for Dabur products.

Ads sell desire. Sometimes the object of desire is beyond the means or liking of the target audience. When that happens – and marketers monitor consumer reaction quite closely – alternatives are offered with new, improved or affordable tags. The idea is to let the buyer feel that his concerns are paramount. In the end, we do not buy things because somebody is telling us to do so; we acquire the advertised product or service because we want it, we need it, and finally, we cannot do without it. That is the way advertising works. That is also the reason the market demands that every household have a colour television. Medium becomes the message when everything the television shows is something for sale. It is not a coincidence that there are more Indian families with TVs than those with access to safe drinking water or modern toilet facilities.

The poorest of the poor are also potential consumers. The mind-spaces of even marginal consumers are minutely mapped to anticipate their taste, preference, priority, ability and willingness to pay. Commercials target their vulnerabilities with calculated precision: drink a certain brand of soda to keep your cool; buy another washing powder to get envious glances; this mint will turn every male into Prince Charming. Of course, viewers know that all this is make-believe, but they want to believe it all the same. This is the assumption that makes advertising work.

Guru’s saga
Selling ideology, however, requires a more sophisticated approach. The cinema, with all its subtlety and nuance, is more suitable for the broad-spectrum treatment involved in marketing beliefs. A recent Bollywood blockbuster uses the medium’s full potential to show that anything is possible for the conscience-free in the free market. In Guru, director Mani Ratnam – himself an established guru of his profession – portrays the rise of a middle-class Gujarati boy to the stratosphere of Bombay’s wheeler-dealers.

The origin of the word guru is impressive. In Sanskrit it implies gravity, weight and importance, and is thus used for superior teachers or spiritual leaders. When it reached English – via either Hindi or Punjabi – the noun still retained some of its original gravitas. But in contemporary Hindi usage, the term carries a hint of negative connotation. When someone tell you that you turned out to be his guru, he is probably complementing your craftiness. Perhaps this is the meaning that Ratnam wanted to confer on his film’s eponymous protagonist.

Gurukant Desai is a boy who finds the conventions of his environment cumbersome, and is ready to do whatever it takes to become successful. He marries for money so that he can invest the dowry and start his own business. He curries favour with an upright editor to gain entry into a textile-trading cartel. He bamboozles a senior government official and establishes himself in the trading community. In Guru’s world, winning is not just everything; it is the very thing he lives for. (Spoiler warning: skip the next two paragraphs if you don’t want to know how the movie ends.)

In the later half of the film, Ratnam gives his story a sudden twist, and makes the character of the editor realise that there is a sordid story behind the phenomenal rise of his protégé. An enterprising reporter uncovers the slimy underbelly of the shiny factories. Under- and over-invoicing, foreign-currency manipulations, siphoning off of investors’ funds, bribery, tax evasion – all the things that ambitious entrepreneurs usually do – are chronicled in the courageous press of the old-school media baron.

Guru fumes, but there is little he can do to get back at his former mentor. So, he sets his small investors upon his critics. All those speculators who had multiplied their savings by investing in the fearless enterprise of the peerless manipulator come to the rescue of their saviour. The system succumbs. In an emblematic scene at the end, the schemer stands tall above small, faceless men and teases them: Don’t we want more? The crowd roars in affirmation. The moral of the story: Greed is good, and all is well that sells well on the stock exchange.

Guru is an entertaining movie. It has all the works – lilting tunes by A R Rahman, a wet dance by Aishwarya Rai, and locales that make the audience gasp. It would have been nice to rate this movie favourably, but this column is not a review. Rather, it seeks to understand why, since the 1970s, Hindi films have denigrated everyone and everything but the business world – a clear contrast to the earlier, idealistic era when sincere workers would prevail over dishonest hoarders.

Winner’s world
Guru follows in the tradition of the long line of Bollywood productions that try to establish the superiority of businesses. In the movies of the 1960s, mill-owners were often gullible but trade-union activists were invariably venal. Without anybody realising it, a negative image of trade unions was subsequently embedded in the minds of the masses. The films of the 1970s targeted the national government and irrevocably tarred the bureaucracy with the brush of corruption. Angry Young Man and Don were two sides of the same coin – deviants who sought to establish that recourse to law was pointless.

The dominant theme of 1980s films was the circumstances that forced honest entrepreneurs into embracing dishonest means. Movies of the 1990s disrobed politicians of any dignity – the police-criminal-politician nexus was pilloried so much that a Gandhi topi became a mark of ridicule. Few politicians deign to wear the cap today. Businesspeople, presumably because they were the ones to fund these extravaganzas, were spared – their misdemeanours were always minor. In the 21st century, Bollywood directors want us to believe that India is shining brightly, Indians abroad are partying hard and poverty is history in the Subcontinent. Even more dangerously, Bollywood wants to establish a new value: Not only is winning everything, it is the very essence of playing games, having fun or forming relationships. Considering the reach and influence of Hindustani films, that subliminal message should worry all Southasia.

When winning is everything, ethics mean nothing and morals count for even less. When self-proclaimed socialists such as Mulayam Singh and Nitish Kumar have no qualms in mobilising hardened criminals during elections, the less said about the powerbrokers of the Bharatiya Janata Party, the better. When winning is everything, violence occurs and common people suffer, as happened in Gujarat. Guru takes the stakes of winning to a new high in a soft, subtle way. Its consequences can be unpredictable – imagine thousands of entrepreneurs without scruples bribing, blackmailing or breaking everyone that comes in the way of their success. The deviousness of many may cancel each other out; or, more likely they will coalesce to establish an oligarchy that would make democracy meaningless.

Rumours have spread that the character of Guru was inspired by the life of Dhirubhai Ambani, the ‘polyester tsar’ who eliminated cotton and handlooms from India. There are many in Southasia who worship Ambani – reputedly the first self-made billionaire, and one who trampled everything that came in his way. “It behooves us to be careful what we worship, for what we are worshipping we are becoming,” warned the US poet Ralph Waldo Emerson during the 19th century. Ambani has replaced Mohandas Karamchand Gandhi as the best-known Gujarati. This can only produce more Narendra Modis in the days to come.

~ C K Lal is a columnist for this magazine and for the Nepali Times.