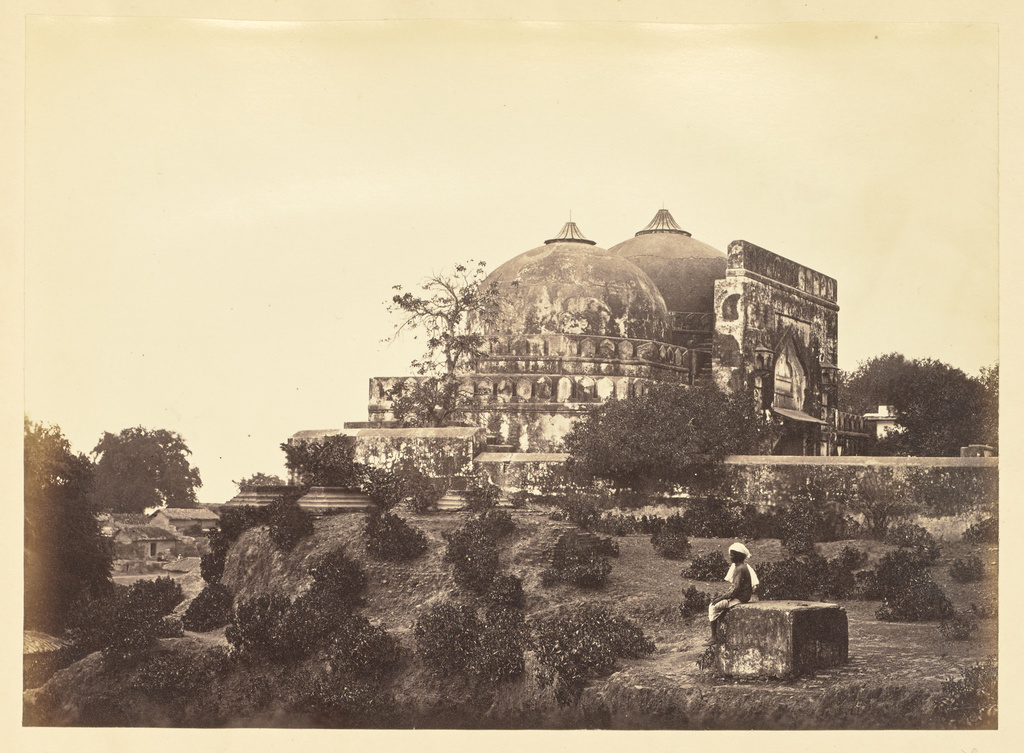 On 9 November 2019, the Supreme Court of India held that the disputed Ayodhya site should be handed over to the Hindus in its entirety and directed the central government to construct a Ram temple on the site. The decision comes nearly 27 years after the destruction of the Babri Masjid on 6 December 1992 by karsevaks, and more than a century of contestation.

The findings of the apex court, in the appeals preferred by the parties, are categorical and unequivocal: Muslims were dispossessed of their place of worship “not through any lawful authority” in the intervening night between 22 and 23 December 1949, when the Babri Masjid was desecrated through the placing of idols; and bringing down the Babri Masjid on 6 December 1992 was “a calculated act of destroying a place of public worship” that amounted to “an egregious violation of the rule of law”.

However, in stark contrast to the Allahabad High Court judgment in 2010, which accepted joint ownership and decreed dividing the property, the Supreme Court observed that the Hindus never accepted the division, and the complex as a whole was of religious significance. Thus, the apex court judgment declares the disputed property as one composite unit. To reach this position, the court accepted the evidence of witnesses, stating that Hindu pilgrims continued to offer prayers standing along the railing of the outer courtyard, looking towards the sanctum sanctorum, even after the British set up a grilled wall in 1857. Construction of the wall had not obliterated their belief that the inner sanctum or garbh-grih (womb or room where the child is delivered), purportedly located below the central dome of the Babri Masjid was the birthplace of Lord Ram. The court did not consider whether the belief was justified, holding that this was beyond its jurisdiction as a secular institution.

As per secular law in India, the courts recognise Hindu deities as legal-juristic personalities who are capable of owning land and property.

On appreciation of evidence on a “preponderance of probabilities”, the Supreme Court recorded the finding that Muslims have not offered evidence to show that namaz was offered in the intervening period of three centuries since the construction of the mosque in the 16th century, until 1857; namaz was offered from 1857 until the night of 22-23 December 1949. The Court, thus, held that the claim of exclusive possession of the inner courtyard by the Muslims was not sufficiently established.

As per secular law in India, the courts recognise Hindu deities as legal-juristic personalities who are capable of owning land and property. As such, the apex court judgment has decreed the disputed 2.77 acres to Bhagwan Shri Ram Virajman. Property vested in a deity is necessarily notional, and the possession and management is through a human agent known as shebait, in northern India. The judgment then goes on to direct the central government to set up a trust for the construction of a temple for Lord Ram at the disputed site; the Sunni Waqf Board is to be allotted five acres of land elsewhere in Ayodhya for the construction of a mosque.

Factual matrix and the genesis of the legal proceedings

The genesis of the Ram Janmabhoomi-Babri Masjid dispute lies in the claim that Lord Ram was born precisely below the central dome of the Babri Masjid in the city of Ayodhya in Uttar Pradesh. The Babri Masjid was built in the 16th century by the first Mughal ruler Babur. Hindus claim that an existing Ram Temple at the birthplace was destroyed by Babur, and t­­­­­­­­­­­he Babri Masjid was constructed over it. However, unlike Buddha and Ashoka, Ram is the hero of the epic Ramayana and there is seemingly no evidence to suggest his existence as a historical figure.

In 1856-57, there were communal riots in the vicinity of the mosque, following which the British constructed a wall dividing the structure into two parts – the inner portion to be used by the Muslims and the outer portion to be used by the Hindus. Close to a century later, on the night of 22-23 December 1949, idols were surreptitiously placed inside the mosque, desecrating it. Thereafter, the inner portion of the mosque was sealed dispossessing the Muslims, while the Hindus were permitted worship in the outer portion.

In 1950, a suit was instituted before the civil judge at Faizabad by a Hindu worshipper, Gopal Singh Visharad, seeking a declaration that according to his religion and custom, he is entitled to offer prayers at the main Janmabhoomi temple near the idols.

In stark contrast to the Allahabad High Court judgement in 2010… the apex court judgment declares the disputed property as one composite unit.

In 1959, the Nirmohi Akhara, representing a religious sect amongst the Hindus, claimed that they were in charge and management of the structure which was a temple until 29 December 1949. As Shebait in service of the deity, they filed a suit for management and charge of the temple.

In 1961, the Uttar Pradesh Sunni Central Board of Waqf and other Muslim residents of Ayodhya instituted a suit for a declaration of their title to the disputed site. According to them, the old structure was a mosque which was built on the instructions of Babur following the conquest of the Subcontinent by the Mughal emperor. Further, the plaintiffs denied that the mosque was constructed on the site of a destroyed temple. According to them, prayers had uninterruptedly been offered in the mosque until 23 December 1949, when a group of Hindus desecrated it by placing idols within the precincts of its three-domed structure with the intent to defile the Islamic religious structure.

These suits, together with a separate suit by Hindu worshippers, were transferred for trial by the Allahabad High Court to itself, from the civil court at Faizabad. The high court judgment in 2010 held that the Hindu and Muslim parties were joint holders of the property. It divided the property into three portions and gave one-third each to the Sunni Waqf Board, the Nirmohi Akhara and the deity Ram. The parties appealed against the Allahabad High Court judgment to the Supreme Court of India.

During the pendency of the suits in court, Lal Krishna Advani (then president of the Bharatiya Janata Party), began the Ramjanmabhoomi Rath Yatra from Somnath Temple– which was raided by Mahmud of Ghazni in the 11th century– tapping into dormant feelings of humiliation associated with an event that took place long ago in history. The Somnath temple was rebuilt on the orders of the first home minister of independent India and inaugurated by President Dr Rajendra Prasad in 1951. The implicit message of the yatra seems to have been that the Ram Temple would be built at the alleged birthplace, come what may. Advani’s rhetoric succeeded in evoking communal fervour, leading to a trail of violence and deaths, and culminating in the destruction of the Babri Masjid. The destruction of the Babri Masjid was also in violation of a solemn undertaking given to the Supreme Court by the then chief minister of Uttar Pradesh, Kalyan Singh, to maintain status quo, ie, the situation will be maintained as it is and would not be altered in any manner. In a secular legal framework, undertakings given to court are sacrosanct to the rule of law – akin to the sacred in a religious paradigm – and transgressions are not taken to kindly by judges. Kalyan Singh was sentenced to one day of imprisonment for allowing the demolition of the Babri Masjid in violation of the undertaking to maintain status quo. The disproportionate, if not trivial, quantum of the punishment imposed speaks for itself and needs no expostulation in regards to the bewildering attitude of the court, to an act which struck a vital blow to the secular fabric of India; perhaps this portended a future that was to unfold.

A critical look at the verdict

Courts are approached for remedy of legal wrongs. As noted, the findings of the apex court establish two legal wrongs: that the Muslims were illegally dispossessed of their place of worship on 22-23 December 1949 and the destruction of the Babri Masjid on 6 December 1992 was “an egregious violation of the rule of law”.

The maxim ‘Equity will not suffer wrong to be without a remedy’, expressed in the phrase ubi jus ibiremedium (Where there is a right there must be a remedy), is fundamental to the rule of law. The allotment of five acres of land elsewhere in Ayodhya for the construction of a mosque as remedy or restitution to the Muslim community, appears manifestly disproportional for the brazen criminal acts committed culminating in the destruction of the Babri Masjid.

The actions ending in the destruction of the mosque, by any stretch, fall within the ambit of ‘unclean hands’ and are therefore sufficient to deny relief, even if it is otherwise merited.

An inter-related principle which comes into play is commodum ex injuria sua nemo habere debet (Crime taints all that springs from it). That the destruction of Babri Masjid was a criminal act with the proclaimed intention to destroy is well established. The planning and realisation of the criminal conspiracy culminating in the demolition of the mosque is well documented, and criminal cases are pending with regard to the event. In addition, the ‘clean hands doctrine’ mandates that those who approach the courts must do so with clean hands ie, the doctrine bars relief for anyone guilty of improper conduct regarding the matter at hand. The actions ending in the destruction of the mosque, by any stretch, fall within the ambit of ‘unclean hands’ and are therefore sufficient to deny relief, even if it is otherwise merited.

The central government has been directed to form a trust to construct a temple dedicated to Lord Ram by the highest court of this land. Several temples are managed by government trusts pursuant to laws passed by the legislature. These existing temples were taken over as a result of mismanagement. There is considerable case law confirming that the government can regulate the secular parts of the activities of the temple. However, in this case, the direction to the central government – which was not a party to the dispute – to ‘construct’ a temple is at odds with the principles of a secular republic.

There is a view that regardless of the skewed and self-contradictory nature of the judgment – which seems to aim at correcting ‘mythological wrongs’ after asserting that courts cannot correct historical wrongs – it should be accepted in the larger interests of society. Only time will tell which way the tide turns. Will the judgment assuage the sense of grievance and humiliation of Hindus arising from historical conquests, leading to peace and harmony; or will it act as an appeasement, leading to a fanning of the flames of hate and conflating of present day Muslims with the invaders, against whom to seek revenge and retribution?

Rakesh Shukla has more than three decades of engagement with law, constitutional jurisprudence, human rights and justice, along with training and practice in psychodynamic therapy. Explorations in the interface of law, social movements for change, and psychoanalysis are the major areas of his work.