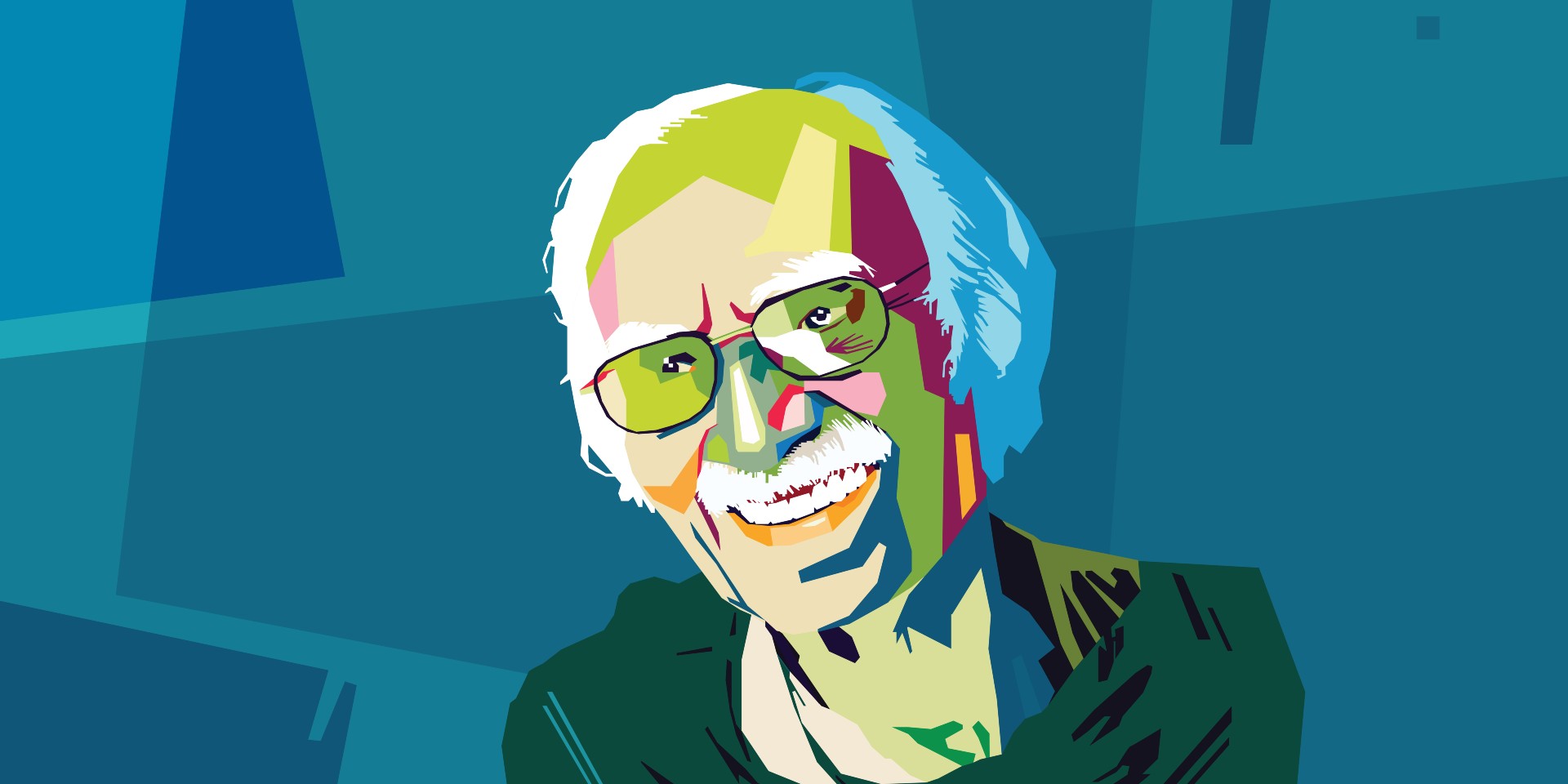 Storytelling has disappeared from most of our lives. Industrialisation, and then digitalisation have taken away the conditions that nurtured it: long, slow hours working in fields, kitchens, boats, gathered around looms or under trees in the evening – places where boredom can flower. Faith in eternity and the value and communicability of experience. In his essay ‘The Storyteller’, Walter Benjamin argues that “a man’s knowledge or wisdom, but above all his real life – and this is the stuff stories are made of – first assumes transmissible form at the moment of his death.” But in cities, the dead and dying are kept out of sight from the living, relegated to hospitals, sanatoria and mortuaries. That transmission no longer takes place. Ours is the age of fiction above all other kinds of literature. The death of the story brought the rise of the novel.

The time of fiction is that of an individual life. It has the sealed and finished quality, the timeless quality of an artefact. It is read in isolation, in obscure, intensely private communion with the author. The story, by contrast, is public. It is told to a group of people in the storyteller’s company. It is not artifactual but organic, changing each time it is retold. It reaches far back in time across a long chain of lives and experiences and will be passed on into the future. It has a moral and assumes that life can be comprehensively grasped across the heterogeneous field of subjectivity, that our experience is both mutually communicable and useful.

Tamil literature still showed little recognition of the wealth and heterogeneity of the people’s lives and language.

The writer Ki Rajanarayanan (Ki Ra), born in 1923 in the village of Idaiseval, Kovilpatti, died May 2021 in Puducherry, where he spent the latter part of his life as director of Puducherry University’s Centre for Folklore Studies. He was cremated with state honours. Chief Minister MK Stalin said: “We have lost the greatest storyteller in Tamil.” We can be more precise. We have lost a writer who showed an urban, bourgeois Tamil readership that folk stories not only retain their germinative power but that they can assume a new and particular beauty from the vantage point of loss. More than any other Tamil writer in recent times, Ki Ra showed us the wealth of Tamil Nadu’s folk traditions.

Ki Ra began writing in a literary world still dominated by writing about the Brahmin middle class. Thi Janakiraman, with his stories of Brahmin families torn from their roots in pastoral Thanjavur and thrown into chaos (and sometimes intense pleasure) by the demands and freedoms of the city, is the most loved and emblematic of such writers. Though dialogue in Tamil fiction had long ceased to be written in the formal register, and even the film industry had given up the literary language it inherited from the stage in favour of spoken Tamil. Tamil literature still showed little recognition of the wealth and heterogeneity of the people’s lives and language.

In the works of those sometimes called the Thanjavur writers (Janakiraman, but also Ku Pa Rajagopalan, Karisan Kunju), protagonists, even when they are not elite, are clearly marked by a Brahmin exclusiveness and the vocabulary can be rather Sanskritised. Interiority, daydreams and reflection tower over action and event, the intimate and domestic spheres crowd out the world outside. The protagonist’s individual and isolated subjectivity is the story there and the predominant moods are insecurity, anxiety and a kind of thin and flighty ecstasy. Ki Ra sought to introduce a different sensibility to the modern Tamil novel.

In Ki Ra’s first novel, Gopallagramam (1976), titled after the village founded by its protagonists, a Naidu family that runs from Muslim rule in the Deccan to settle in the Karisal forest, he achieves for himself a kind of synthesis between the novel and the story. The novel has all the elements of the kind of village melodrama associated with the director Bharathiraja – a panchayat execution scored by children singing, an attempt to burn down a village, a jewel thief assaulting a woman as she bathes alone in the river – but the voice has a lightness and measure that keeps it from total sentimentality. Or rather, not the voice, but the voices. The “narrator’s” story is punctuated by stories told by the characters, reaching back across time and place within the story so that the readers get the sense that each event is not a focal point, an all-absorbing moment, but merely one point on a long, even plane of birth and death in which a plague of locusts and a man watching a sparrow have the same neutral weight. Not that Ki Ra is distant or unemotional. But the tenderness with which he presents the small details of his forebears’ lives comes from a tacit sense of time’s indifference.

We have lost a writer who showed an urban, bourgeois Tamil readership that folk stories not only retain their germinative power but that they can assume a new and particular beauty from the vantage point of loss.

Ki Ra’s writing and the folklore reading Boccaccio’s Decameron are rich with the dialects of his region. In both stories he wrote and transcribed, words for tools and jewellery, plants, insults and endearments are carefully explained by the narrator. After ‘corruptions’ of standard spelling or pronunciation and after Telugu dialogue, Ki Ra puts the standard word or the translation in brackets. He takes the reader by the hand through an unfamiliar world. His dialect dictionary, Karisal Vattara Vazhakku Agaradhi (1982), was not the first effort of its kind, but it was the first executed to completion. It contains not only words and their meanings, but an appendix with lists of types of jewellery, explanations of rituals, names for different knots and even different types of dung.

Ki Ra became a popular and commercially successful writer, playing the role of an ethnographer, a mediator bringing the exotic world of the village to an urban readership that delighted in his rustic style. He became a frequent contributor to Tamil Nadu’s most distributed magazines – Kumudam and Ananda Vikatan. At the same time, he faced opposition and criticism for writing in a ‘low’ style about vulgar themes. He was especially criticised for publishing collections of erotic folktales. These stories, spanning two collections, contain no descriptions of sex and even otherwise, are not very explicit. Their offence consists in their frank acceptance of sex as part of everyday life, a need and pleasure as common and serious as the need for food and the pleasure of it.

After ‘corruptions’ of standard spelling or pronunciation and after Telugu dialogue, Ki Ra puts the standard word or the translation in brackets.

Several writers, most notably Ku Azhagirisamy, Ki Ra’s childhood friend from Idaiseval, said that his style and themes were not appropriate to literature. Although Azhagiriswamy was the first of our modern writers to set his stories in the Karisal region, it is Ki Ra they call the “father of Karisal literature”. Azhagirisamy, whose style combines irony and detachment with classical Tamil lyricism, left Idaiseval at a young age to study in Madurai. He saw the village and its backwardness as an outsider who had moved on to better things. Tellingly, his story for Ki Ra’s momentous anthology Karisal Kadhaigal (Karisal Stories) (1984) concerned a young man at college in Madurai who returns to his village for the holidays. He cannot bear it and resolves never to come back.

‘Karisal literature’ has come to designate a set of writers associated with the Communist Tamil Nadu Progressive Writers’ Association, many of whom are Dalits. The central concern of their writing is the struggle of landless Dalits to survive. Against their survival stand harsh and implacable land – cracked, unyielding, without grass or shade – and harsher, more implacable upper-caste landlords. The most well-known of these writers is Poomani, whose second novel, Vekkai (Heat) (1982) about a Dalit boy who kills a Naidu landlord in righteous anger, was adapted into the commercial movie Asuran (2019). Ki Ra mentored and inspired several of these writers, lending them books, encouraging them to write, and casually enlisting them to help him collect stories and dialect words. In an essay honouring the Tamil novel’s centennial in 1975 for the magazine Tamarai, Ki Ra found that there was only one novel about his region, that too by a writer – Poneelan – from elsewhere. Except for Ki Ra and Azhagirisamy, all those showcased in Karisal Stories were new writers.

Ki Ra sought to introduce a different sensibility to the modern Tamil novel.

The explosion of new writing from the Karisal region convinced writers from other regions previously denied a place in modern Tamil literature that their landscapes and dialects were worthy subjects. Writers like Perumal Murugan, who not only gives space to his region’s dialects in his novel, but even compiled a dialect dictionary of the Kongu region in west Tamil Nadu, or Joe D’Cruz, whose epic-length novels are about the fisher people of Kanyakumari, benefited from the space Ki Ra helped to create in Tamil letters.

Despite the boom in regional and ethnographic literature, little is being done to protect or study their wellspring: folklore. The most rigorous of our scholars to write on folklore has been the anthropologist Na Vannamamalai, Ki Ra’s contemporary and more militant comrade. In a Tamil academy still heavily invested in proving again and again how civilised and antiquated our language is, Vannamalai wrote dialectically about folk and high culture, art and the societies and material conditions that produced it. Ki Ra did not care to be so scientific. His attempts to preserve a disappearing culture were attempts to hold fast to a kind of pleasure he saw vanishing from our lives. Criticising Poneelan’s novel Karisal (1976) (to which, incidentally, Vannamalai wrote the foreword), Ki Ra says that while there are both militant and tragic novels about the poor, there are no novels about their everyday joy.

The central concern of Karisal literature is the struggle of landless Dalits to survive.

People that receive the modern forms literature takes –  the novel, the short story, the modern poem –  from foreign, more developed and dominating nations, have found it necessary to reimagine and revise their folk traditions to claim those forms for themselves and build a literature. We see this in the work of Nikolai Gogol in Russia, with Zora Neale Hurston in Black America and with Kamau Brathwaite in the West Indies.

Professors and students continue to collect folklore and songs, to document obscure rituals and customs. Writers emerge from communities about whom there has not yet been a novel. In this way, we document and write the sum or calculus of our language and culture. But it is not clear that we have the urgency, the sharp and precise stakes – the search for a people’s sovereign soul, a ‘nation language’ – that defined this work in stronger literatures. The increased curiosity about Ki Ra following his death should be an occasion to take popular traditions more seriously.

Ashik Kumar is a writer from Chennai. His work has appeared in The Caravan, The Wire and Himal Southasian.