Skip to content
Mediafile > Tidbits of the region’s media 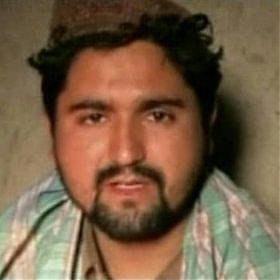 Italian journalists are more equal than Afghan journalists, it seems, for the Kabul government, for Taliban extremists, and even for the International Federation of Journalists. In early March, a kidnapped journalist working for La Repubblica was released after ransom was paid by the Italian and Afghan authorities. But when Kabul refused to meet new demands to free the Italian journalist’s working companion, journalist Ajmal Naqshbandi, the Taliban murdered him with “cynical and sickening brutality”, in the words of the IFJ. But then, the international watchdog’s own worries seemed more concerned with foreign correspondents than with the local journalists who face daily trials and tribulations. IFJ’s 8 April press release was titled “Bargaining with Taliban Increases Risk to Foreign Media”. Why this extreme concern for foreign media when a local journalist has just been killed? Is this lack of perspective breathtaking, or what?

Hameed Haroon, the publisher of Karachi’s Dawn, has issued a public appeal for support against the

Pakistani government’s actions against his newspaper, specifically the drastic reduction in government advertising. He writes online, “Of late, the government headed by President Musharraf has become increasingly intolerant towards criticism in the press and towards the publishing of news that reflects poorly on the performance of his government on security matters.” Haroon maintains that the directives emanate mainly from President Pervez Musharraf’s office, and are activated by the newspaper’s independent reporting on two broad areas: the escalating developments in Balochistan and in North and South Waziristan, and the Pakistani government’s war against al-Qaeda and the Taliban. “Also irksome have been the DAWN Group’s related attempts to monitor a recurring tendency toward covert militancy among responsible decision-makers in government,” Haroon notes. The publisher presents a complete dossier listing the continuing conflict between the DAWN Group and the Musharraf government since 2004. In the first phase, he writes, the government attempted to exert pressure through the proxy of the Sindh provincial government, which imposed a complete ban on advertising in the publications of the Group. This was followed by a comprehensive ban on government advertising imposed by Islamabad itself, “with an intent to provoke the financial collapse of the DAWN Group.”

All Chhetria Patrakar has to say about Hameed Haroon’s detailed j’accuse against Prez Mush’s administration is – wow! Only a media group that is in extremely dire straits, or one whose hands are extremely clean, would dare go public the way the DAWN has. CP believes, and knows it to be true, that the case is the latter. So, hats off to the DAWN Group, and may other media companies, from Kathmandu to Colombo to Delhi to Dhaka, have similar courage of their convictions. And why should only Pakistanis express their protest to the various bigwigs listed (with phone numbers) in Haroon’s note? Let all Southasians vent their ire by calling (albeit by long distance) the following numbers. The country and area codes are +9251 for all. Gen Pervez Musharraf, 9221388 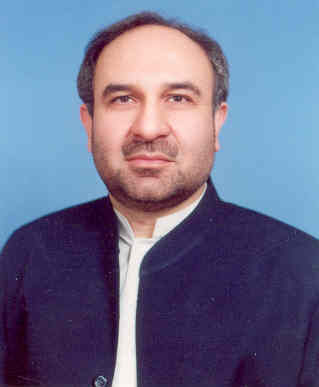 The selfsame Pakistani Information Minister, Mohammed Ali Durrani, seemed to have over-reached in late March to claim that Pakistan’s media had become a model of press freedom in Southasia. Durrani put this questionable trend down to his government’s efforts to make the sector more ‘dynamic’ and ‘professional’. So let us check out the media rankings on press freedom, as given out by Reporters without Borders: out of 168 countries, Pakistan is placed at 157th. True, the country is ranked higher than two other Southasian countries – Nepal (159) and Burma (164). However, it is no model for the Maldives (144), Sri Lanka (141), Bangladesh (137), India (105) or even neighbour Afghanistan, with its neophyte media (130). Indeed, if there is a press-freedoms model for Southasia, according to RSF that would be Bhutan (98), which rose an astounding 44 places in a single year due to the opening of the kingdom’s first (marginally) privately owned newspaper. Now, if Chhetria Patrakar might turn away from Islamabad-bashing to question the RSF – which planet are they on to rank Nepal so poorly? Do they not know that there has been a People’s Movement a year ago, and the press is now freer than earlier? Is there another country called Nepal?

Even though the Male government did finally legalise private broadcasting in the Maldives, the honeymoon has been short-lived. When the head of the national Telecommunications Authority, Mohamed Amir made the long-awaited announcement recently, he said that the government of Maumoon Abdul Gayoom would only be making available five national and eight Male-based frequencies to private broadcasters. Amir put the decision down to “limited resources”, as well as to previously existing broadcasts. In fact, other than the expatriate opposition Minivan Radio, the only organisations at this point taking up the spectrum are the state-owned Voice of Maldives radio and TV Maldives. According to Amir, a “semi-independent” board, made up of members appointed by President Gayoom without any parliamentary oversight, would now be vested with making the decision as to which broadcasters are allowed licenses to use the new frequencies. 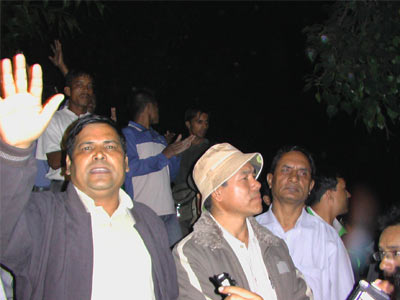 The willing cooption of the Communist Party of Nepal (Maoist) seems to have picked up steam after it joined the interim government of Girija Prasad Koirala in early April. The rebel supremo Pushpa Kamal Dahal (‘Prachanda’) had been forcefully arguing against foreign investment in Nepali media, rhetoric that had been clearly directed at a particular publishing house known to be owned by Indian interests. So what would the CPN (Maoist) do when its third-ranking leader, Krishna Bahadur Mahara, suddenly got the position of Minister of Information? The minister’s seat had not even warmed when he went public to concede that, while he disliked foreign investment, it was “impossible” to stop the inflow. The minister then announced that the Miss Nepal beauty contest, being organised by the Indian multinational Dabur, would not be allowed to air on the state-owned Nepal Television – a threat that Mahara was not able to follow through on, given that the contract between NTV and Dabur was already a done deal. The good news is that the Maoists are well on the way to obeying the rule of law. The bad news is that they are losing some ‘face’ in the process.

Over on Male island, the attacks on press freedoms during the past month have seemed rather modest. The informational dissident website Minivan News was briefly hacked on 13 April, with the front page altered to display a picture of President Gayoom, a banner reading “Our Nation, Our Culture” and the quote “Our strength is our unity, don’t let anyone break it. Protect this country from those people who are trying to corrupt it.” The problem was corrected overnight, while the editors put out a notice to say that they saw the episode “as another attack on the freedom of the media in the Maldives.”

Authoritarian stupidities abound, in India as in Pakistan. On 16 April, the offices of the Burmese dissident Mizzima News organisation were sealed by New Delhi police and municipal officers. Soe Myint, the chief editor, reported that the ostensible reason given was that Mizzima was operating on a commercial basis in a residential area. However, in all likelihood the raid was related to Mizzima’s coverage of Burma, which goes increasingly against the grain of Indian foreign policy of engagement with the Rangoon junta. Now the good news: on 18 April, the Indian authorities decided to allow Mizzima to resume operations, reportedly after recognising that its activities were “exclusively journalistic”. And now the warning: Dear Indian authorities, please do not meddle with the one organisation that has continuously covered human-rights and other abuses within Burma, just because you are cosying up to the generals. The Burmese right to freedom of the press has to be protected within India, too.

In a study supported by the organisation Panos South Asia and published on the media monitoring site The Hoot, journalist Shubha Singh contrasts the

“sporadic attention” the Indian press gives to Bangladesh in contrast to the detailed coverage of events in Pakistan. The study covered the five English-language dailies – the Hindustan Times, the Times of India, Indian Express, The Hindu and The Asian Age (the last two of which have their own correspondents in Pakistan). Singh contrasted these with the news coming out of Pakistan during March (essentially the stand-off between the Chief Justice and Prez Musharraf), and Bangladesh, where the interim administration was engaged in high-profile raids on the residences of Begum Khaleda Zia and Sheikh Hasina Wajed, and in the arrest of the Begum’s son, Tarique Rehman. Writes Singh, “The events in Bangladesh were almost as significant as the agitation in Pakistan … But it merited just a day’s detailed coverage with only one newspaper choosing to comment on the happenings. Indian commentators have continued to stress on President Musharraf choosing to remain army chief while ignoring the army’s involvement in installing the interim government in Bangladesh.” Oh well, the quicker the Indian national media gets over its Pakistan fetish, the better off we all will be in this neighbourhood in the southern part of Asia!