Indians need no longer worry that their country has ‘made it’, when The Times of London advises Chancellor of the Exchequer and Prime-Minister-in-waiting Gordon Brown to pay heed to New Delhi’s new status on the world stage as he headed out east in mid-January. Things have come to such a pass with the rise of Great India that The Times leader writer is quite unabashed on the need for Britain to court India: “He [Mr Brown] also has to deploy charm to convince India’s leaders of how much they have in common with what used to be described as the ‘West’ in the Cold War era (when Delhi affected neutrality). Tony Blair has spent much of his time in office seeking to make Britain a ‘bridge’ between Europe and America. Under Mr Brown, Britain can also be, and should want to be, a bridge between India and America.” Note: Brown is being asked to act as bridge not between Asia or Southasia and America, but India. Okay, we get the message!

Interesting idea. Madyee.com is a consumer-report website that has just been launched in Pakistan, and visitors do their own ratings. Though many of the products are not yet rated – Chhetria Patrakar went straight for PIA but found no one had dissed it yet – there is enough indication that the site will prosper. Good to see that the site also goes crossborder, and so there is a consumer report on the Govinda starrer Amdani Athanni Kharcha Rupaiya: “The performance was not too good but this movie can be seen once.” Expectedly, Shoaib Akhtar has got good reviews, as has Air Blue, Pakistan’s energetic private airline. For Aamna Shariff (and CP does not even know who she is), there is no review in on her yet. Let’s Google her. Okay, she started her career a few years ago with the teleserial ‘Kahiin To Hoga’, where she plays the role of Kashish. “Viewers were roped in by her immense talent and charming personality. A designer’s dream – Aamna brought to television the latest trends of India.” Aha, so that’s where she gets all those nifty outfits!

Chhetria Patrakar hears that Newsline, the monthly out of Karachi, published by a women’s cooperative and stridently independent, has come under attack from the authorities for their December 2006 cover on the Pakistani military, titled “Soldiers of Fortune”. Go to www.newsline.com.pk.

There was only the venerable Pakistan Television at the turn of the millennium. Today, Pakistan’s airwaves are a cacophony of more than 50 channels, all of them almost certainly losing money. The big players in television, besides the state-owned PTV, are Eye (broadcaster of Hum TV), Aaj TV, ARY, Geo and Indus. Many of these companies have multiple channels. For example, Eye has a food channel called Masala, and Indus has just opened MTV Pakistan from an old office building in Karachi. Other music channels include Aag of Geo, ARY’s The Musik, and Aaj TV’s Play. Meaaaanwhile, everyone is waiting to see how the powerful proprietors of the Dawn daily are going to do with their up-market all-English DawnNews TV, which will also do business.

For those of who you wanted to know how these channels are faring, the reporter Talib Qizilbash reports in Newsline that this is boomtime for the successful channels. “Across Pakistan,” he writes, “A competitive economic environment coupled with strong consumer spending has catapulted the advertising industry to new heights.” Apparently the telecom industry as a big spender on advertising is bullish, especially with the entry of two new companies, Telenor and Warid, with aggressive promotion of their services. Banking, too, is an energetic advertiser on television, while the construction business is just beginning to kick in. So what of the rates? Qizilbash reports that when Geo launched, it was selling ad time for between 5,000 to 10,000 rupees per minute, and now they are quoting tariff rates at 75,000 rupees per minute at prime time. ARY One World and Indus Vision are asking 60,000 rupees per minute, while Hum TV and Aaj TV are at 45,000 and 38,000 rupees respectively for a 60-second prime time spot. 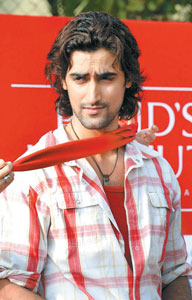 Up and coming Bollywood actors 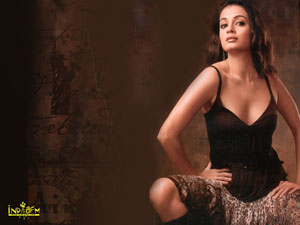 Dia Mirza and Kunal Kapoor are apparently going out, which they have a right to, and that is not what CP is interested in. Instead, it is the English copy in the Hindustan Times of 8 January: “What’s with our Dia Mirza and Kunal Kapoor? They entered the show separately and exited ditto too.” Huh? Is this, like, the only in Mumbai that talking like this is permissible? Tell na!

Tunku Varadarajan was born in New Delhi, grew up in Lucknow, taught law at Oxford, gave it all up to become a reporter for The Times of London in Madrid and then New York, and is now named Assistant Managing Editor of The Wall Street Journal in NYC. But he writes well! In February 2003, he wrote in a column in the WSJ a critique of the Indian and Pakistani cricket teams:

There is no team more compelling to watch when on a roll, 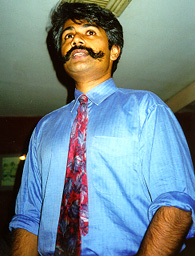 more mesmerizing for the neutral fan, than Pakistan. Dashing, occasionally dirty – they’ve been known to scuff the ball, illicitly, with their fingernails, so as to get it to swing unplayably in the air – they are perhaps unique in world of sport as being the most talented team in a game, yet the most unloved. The Pakistanis are viewed with a mixture of awe and loathing. They squabble onfield, hector umpires, swear at opposing players, have a history of throwing matches (for money), and generally comport themselves in ways that might be described as ungracious. Such is their talent, however, and their panache, that one is always surprised when they lose … The Indian team, by contrast, is genteel. Bookish, almost geeky, they are often accused of having a ‘Hindu’ diffidence. A couple of the players are computer programmers, and one of the team’s fast bowlers – Javagal Srinath – is celebrated as the fastest vegetarian bowler in the world. Steak has never passed his lips, nor an unkind word, not even when he fells a batsman with a quick ball to the helmet. By contrast, a Pakistani bowler, were he to knock an opposing batsman down, would glower, then grab the ball back, the quicker to hurl it at the batsman again. A telling contrast in cultures.

Here’s another piece of good prose that Chhetria Patrakar just came across, though this is not complete in itself. It is from an essay by Shuddhabrata Sengupta titled “The Ghost of the Middle Ground”, in the team blog Kafila.org, which describes itself as a space for critical engagement at a time when “the space of critical public discourse has been so completely colonized by the corporate media”. In any case, Sengupta is writing about the death penalty handed down to Mohammad Afzal Guru by the Indian Supreme Court for what is known as the ‘Parliament Attack’: 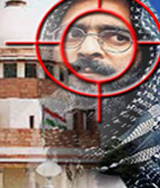 There is undoubtedly a customary chill in the portents of December in Delhi. In December 2000, the absurd theatre of the now almost forgotten attack on the Red Fort was built on the foundations of a bizarre script. The plot featured a corpse that had undergone a post-mortem identity crisis (the dead Kashmiri ‘terrorist’ called ‘Abu Shamal’ turned out to be a migrant youth from Western Uttar Pradesh). A harvest of mobile phone numbers found miraculously at the scene of the crime written on a slip of paper instantly delivered suspects. An unexplained connection in the form of a link between the prime suspect, ‘Ashfaq’, a Pakistani illegal immigrant, (currently awaiting, like Mohammad Afzal Guru, the execution of a death sentence in Tihar Prison) and a man called Nain Singh, who happens to work as a field officer with the Research and Analysis Wing of the Cabinet Secretariat (and in whose house ‘Ashfaq’ stayed for months) lingered on like an obstinate ghost. In addition there were other now familiar props like identity cards and computers.

Shekhar Pathak is a historian and journalist, and editor of the Hindi journal Pahar, which comes out of Nainital. He sent around the following message for 2007, titled “Dreaming a New Year”:

Wishing you a very creative, green, peaceful new year.
Let the equity come and hunger go.
Let the smile come to the faces of all the children of the planet.
Let the poetry flow and the music vibrate.
Let the nature start believing human beings.
Let the surplus go to the poor
And wilderness remain in many corners.
This may be a dream.
But let me dream like this. 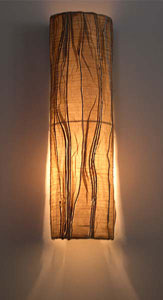 “After 17 years of making commercials in Bombay, I wanted to do something which reconnected me to the earth,” writes Jenny Pinto. And so she moved to Bangalore and immersed herself in her first love, paper crafts. “As raw material, I use only natural fibres that are waste from agriculture and the rural cottage industry. Banana, mulberry, kora grass, jute, sisal … wonderful fibres that make beautiful, strong paper.” Jenny has created one vertical lamp, with a shaft of paper that lights up the way you have never seen paper luminescent like that before. She writes, “I have given the lamp the name TLSA – Traveling Light South Asia – as it’s simple to pack and go.” But she warns, make sure you always use a CFL, as normal bulbs will burn the inner paper. And if you have the time and inclination, look up www.jennypinto.com.

It is always important to give a thou

ght for the Lhotshampa, the over-a-lakh Bhutani refugees who no one seems to care for. And yet, there is a website that is not bitter, that focuses on news and opinion, and seeks to do justice for all Bhutanis, including the Lhotshampa in exile. It is important to give this website maximum coverage. It is APFAnews, at www.apfanews.com. Write the editors: “Our aim would be for the development and promotion of democratic principle and values in the country, focusing especially on the issues of undemocratic activities, human-rights abuses and implementation of the ‘un-guaranteed’ but stated press freedom in the draft constitution.”