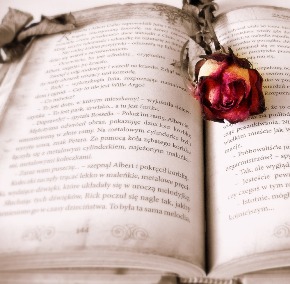 the Western Ghats,
the collar bone of the earth,

white turbines
threshing the sky into cirrus
like foremothers of the hills
who know power
is always summoned
out of thin air.

it always rains twice,
once, from the sky,
then, when the pines drip.

The same with you, Lalita,
once, when you went,
then, as it hit.

I must have been twelve
when a grand-uncle was discovered
during a vacation in Delhi,
you don’t know him? we’d told you, he’s
nani’s eldest brother,
(also from Sargodha, Pakistan)
I’d never met a grand-uncle.

In his Jamuna-paar house, he looked so frail
in his drawing-room that my twelve-year-oldness
was afraid to go near him.

He could not see. And, for me, then, his could-not-seeness
had sat in the middle of the room
but no one would mention it.

He spoke to us and I followed his closed eyelids
that kept egg-whites beneath them.

I tried to measure how much
he could see of the snacks on the table,
of my fingers, of all of us talking,
of his own speaking-about-us-without-knowing-us,
as if of course I know you, you’re my sister’s grand…

After a while,
he asked Pinki (my mother’s name
for those who knew her longer than I)
to let him see us.

We were made to get up and
stand in front of him.

He touched my face with his fingers,
frailness, moved them lightly over my nose,
my eyes (should I keep them closed? or open?)
and said, he’s “nice-looking” in English,
and then let me go.

I bundled back
to my edge of the sofa,
to the edge of my mother,
near her, asking her to keep me
from her people, those who knew her
longer than I, grand-uncles whose egg-whites
roamed on walls and who saw people through fingers.

Rohit, it has been about six years
since you left, and of-course-this-is-very-little-time,
especially-in-this-day-and-age,
but I thank my stars that sometimes I find it
difficult to remember
your face
fully.

It is surprising how much six years
without a facebook-friendship can do,
how they can blur the edges of cheek-bones,
make the nose go was-it-like-this?
and eyes, were-they-dark-brown-or-black?

Around the third year,
when this slow forgetting had started,
I found these little slipping-away’s of details
to be a form of betrayal, like the final warrant of
now-nothing-can-start-again, like the final final, like
even his face now…

but when your going sunk in through the years,
this slipperiness of memory felt kinder,
this inability to remember no longer argued with me,
it sat on my lap and let me stroke
its chin, and loved me back,
if even his face can go, then surely…

but, sometimes, near the hours
that are no-longer-night an’ not-yet-dawn,
when I lie just on this side of sleep, sometimes

not always, my hand takes the shape as if it is
holding you from the back,

and the fingers still hold the gossamer air
of the bedroom as if they touched your cheeks,

as if the small slant of your nose was there,
the graze of the stubble, the lemonness of hair,
the soft drip of your ear,

as if remembrance was a game
played by fingers on gossamer fields,

and, in those nights, I didn’t need
memory’s ability to see, I touched, and without
saying it to you, meant, like in
those nights, “nice-looking”,

I find myself
capable of sin.

~ Akhil Katyal is a writer and translator based in New Delhi. His first book of poems Night Charge Extra, was short-listed for the Muse India Satish Verma Young Writer Award 2015-16. He has translated the works of Amrita Pritam, Mangalesh Dabral, Dorothy Parker, Langston Hughes, among others. He teaches Literature at Shiv Nadar University in New Delhi.