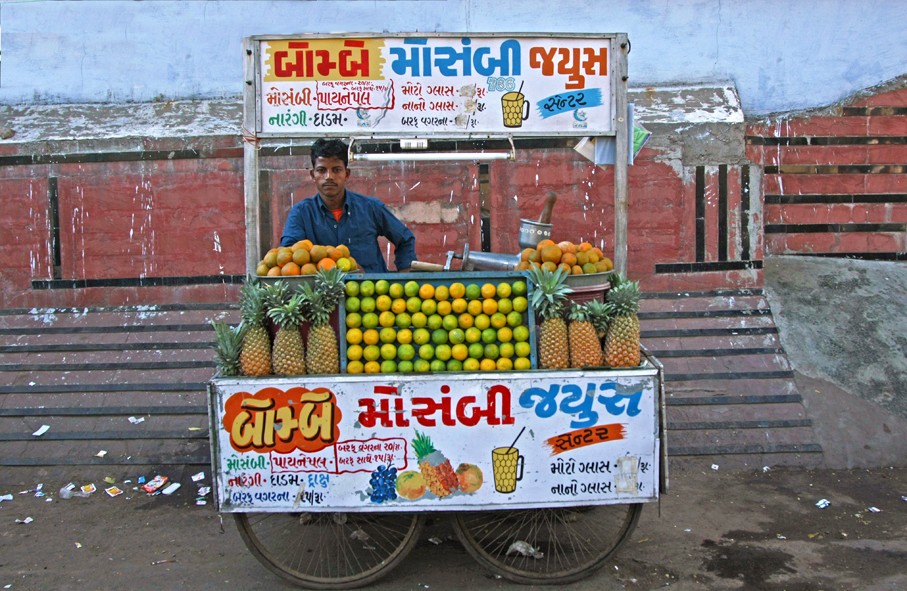 Vāsudeva, a 10th century Sanskrit poet living in Kerala, characterised summer (grīṣma) by the humming of black bumblebees in his long poem Yudhiṣṭhiravijayam. He compared the summer season with a hermit whose sparkling white teeth are shining while he chants his meditation like a bumblebee. In Kerala’s social history, summer months marked the start of roof-thatching with coconut leaves and reappearance of handheld fans, called pāḷā viśaṟi (in Malayalam), which are made of areca-nut sheaths. Indeed, summer is an important season of the year and holds a unique place in the life of the people of Southasia.

Summer in Southasia brings weather phenomena such as Lū (Loo), the dry convectional winds which blow from west to east in the northern plains of the Subcontinent during the summer months. These winds are extremely hot, and they often cause heat-strokes. The word Lū is related to Sanskrit alāta (firebrand). During Loo season, in northern India, there was an interesting practice of keeping a raw onion in person (in pockets or tied by the corner of clothes), and this was believed to ward off the ill effects of hot winds. Heatstrokes are commonly referred to as ‘Lū lagnā’ in Hindi/Urdu.

The most popular cure for heatstroke in northern India is a non-alcoholic raw-mango drink popularly known as ām pannā. The word ‘pannā’ is derived from Sanskrit pāna (a cold drink, a sharbat). This word is also used in Odia language as in paṇā saṁkrānti (traditional Odia new year) and Bengali pānā as in beler pānā (stone-apple drink). In Kerala, the water of karikku (tender coconut) is the preferred cooling drink in summers. Moreover, the reason Hamdard’s Rooh Afza (rūh afzā: life-prolonging in Urdu) became an immensely popular drink concentrate in India and Pakistan is often attributed to Loo winds. Rooh Afza emerged as a potent weapon against heat-strokes because it contained an eclectic mix of cooling fruit juices and distillates of flowers such as rose, screw-pine, waterlily, coriander, mint etc. It was first introduced in 1907 by Hakeem Hafiz Abdul Majeed (1883-1922), a practitioner of Unani medicine (a Perso-Arabic traditional medicine). Although a northern visitor in the streets of Chennai during summertime would be surprised to learn Paneer Soda has nothing to do with ubiquitous panīr (cottage cheese). In Tamil, paṉṉīr is the word for rose water, so Paneer Soda is a drink made with rose water.

Meanwhile, alcoholic beverages made with rice are crucial to the socio-cultural life of people of different parts of Southasia. The following table indicates some words for fermented rice beverages, particularly in languages spoken by people from eastern and northern regions of the Subcontinent:

Together with hot winds come the insects and bugs of summer. In Kālidāsa’s Sanskrit drama Abhijñāna śākuntalam (circa fourth-fifth century), there is an interesting simile of swarms of locusts while describing the arrival of King Duṣyanta:

The dust his horses’ hoofs have raised,

Red as the evening sky,

Because the northern plains of the Subcontinent are periodically affected by swarms of locusts, it is a well-known pest mentioned in ancient Indian texts. In a Sanskrit text named Pramāṇamīmāṃsā by the 12th-century Jain scholar Hemchandra, there is a description of seasonal calamities. īti is the Sanskrit word for plague or a calamity of the season. The itis are said to be caused by seven factors: excessive rain, drought, locust swarms, rats, parrots, internal conflicts (legal oppression etc), and foreign invasions.

Northeastern India and Himalayan regions are the hotspots of mosquito biodiversity in Southasia. In many Himalayan languages such as Thakali, Tamang, Sherpa, Gurung, Jirel etc, the word for mosquito is related to the Nepali word lāmakhuṭṭē, which literally means ‘long legs’. In the Maldives’ Dhivehi language, a mosquito is madhiri, and in Sinhala, it is maduruvā. Both are related to Sanskrit mandra (rumbling sound), referring to the sound made by mosquitoes.

During colonial times, some Muslim households of central India used to recite names of twelve different birds (starting with the letter ‘b’) in a single breath, hoping it would bring cool breeze to their homes during dry seasons. A sample list of twelve such bird names included: bagulā, bulbul, bāz, baṭer, bāshā, bahrī, bazā, bhaṛ, bayā, bhanberī, bhungā and batā.

The tradition of disseminating folk wisdom through poetry is an age-old practice. One well-known peasant poet of northern India in this tradition is the 16th-century farmer-poet Ghāgh of Kannauj. Many traditional Awadhi/Bhojpuri folk poems focusing on a healthy lifestyle are attributed to Ghāgh. Apart from dietary advice, Ghāgh’s poems dealt with issues of weather, agriculture, animal husbandry and health. These folk poems were so popular in northern India that the name Ghāgh became synonymous with anyone who is knowing or experienced. One of his poems advises people on what to eat and do in the summer seasons:

O friend, eat myrobalan in the fifth lunar month (July-August), chirata in the sixth (August-September), and jaggery in the seventh month (September-October).

In the eighth (October-November) you eat radish, in the ninth (November-December) take oil; and in the 10th (December-January) befriend milk.

Eat khichdi with ghee in the 11th month (January-February), and make sure to bath before sunrise in the 12th (February-March).

Those who nap in the afternoon in the third month (May-June), stay away from illnesses in the fourth (June-July).

(Translated by the author)

Similar to ancient Greek poet Hesiodos, known for his farmer’s almanac, Ghāgh had specific advice for farmers about what to do at what times of the year. Certainly, this oral tradition carried a wealth of bio-cultural knowledge passed down from centuries among farming communities.

The multitude of etymologies of words, phrases, poems and folklore related to this season helps us understand the diverse ways Southsians have characterised, enjoyed, and survived the summer months. With the impending dangers of climate change, we have yet to see what the new language of weather in Southasia will be.

Read the previous instalment of this series here.