Skip to content
Explainer > What next if President Rajapaksa resigns?

What next if President Rajapaksa resigns?

An explainer on the constitutional aftermath. 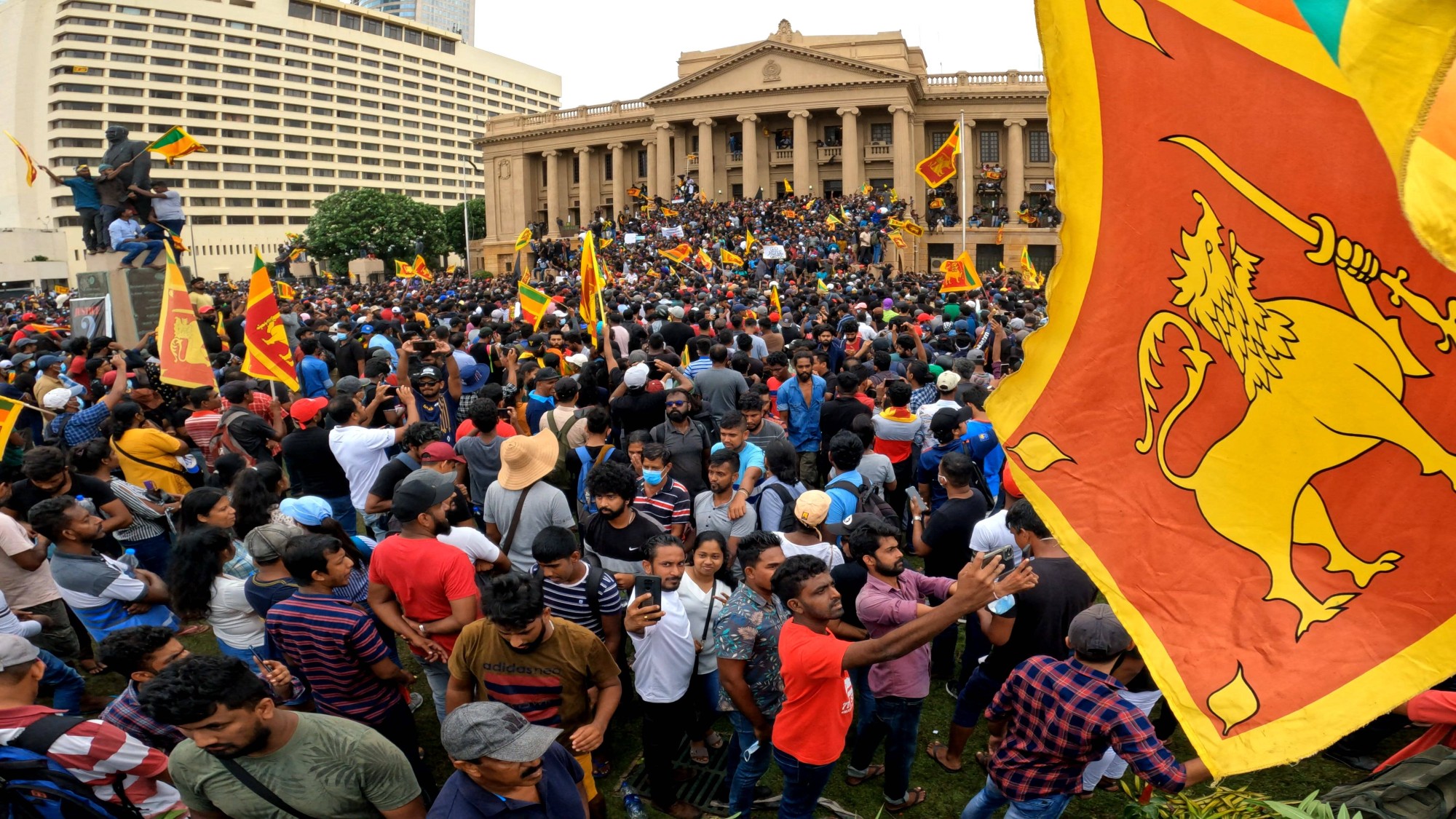 On 9 July 2022, an unprecedented number of Sri Lankan protesters marched to Fort in Colombo, where the president’s official residence and the Presidential Secretariat is located. Their principal demand was President Gotabaya Rajapaksa’s immediate resignation for his role in causing the devastating economic crisis. Protesters have also called for the resignation of Prime Minister Ranil Wickremesinghe, who remains deeply unpopular and is seen by some as protecting Rajapaksa’s interests. Despite vicious retaliation by law enforcement and security forces, the protesters stormed both premises as well as the prime minister’s official residence nearby. In the face of such enormous pressure, and for the first time since island-wide protests began over one hundred days ago, the president signalled an intent to resign. After initial refusal, the prime minister too has indicated plans to step down, although the outcome likely depends on negotiations between major political parties.

What happens if President Rajapaksa does in fact resign? The process is governed by Article 40 of the Constitution and the Presidential Elections (Special Provisions) Act of 1981 (the ‘Act’). To begin with, it is Parliament and not the people that elects Sri Lanka’s next president. Article 40(1)(a) of the Constitution and Section 3(1) of the Act provide that Parliament shall elect one of its members to the office of president. That election must take place within one month from the date of the vacancy. The new president will then serve the remainder of the current presidential term, which ends in 2024. The entire process, if followed properly, and in good faith, is straightforward. It can be explained in five steps.

The second step involves the secretary general of Parliament, a presidential appointee who is the chief administrative official of the house. Once the president resigns, Parliament must be summoned to meet within three days of the vacancy. The secretary general must inform the members of Parliament of the date and time fixed for such a meeting. Although it is not always practical to place a mandatory duty on Parliament to do anything within a specific period, the process places a very clear statutory responsibility on the secretary general – a duty that may be enforced via a fundamental rights application to the Supreme Court.

To begin with, it is Parliament and not the people that elects Sri Lanka’s next president.

The third step is for Parliament to meet. When Parliament meets, the secretary general must fix a deadline to receive nominations for the office of president. The deadline for nominations must be a date not earlier than 48 hours and not later than seven days from Parliament’s initial meeting.

The fourth step is for nominations to be handed in by the deadline. If only one member is nominated, the secretary general must declare that member the president. If more than one member is nominated, Parliament must fix a date for an election. Such a date cannot be later than 48 hours from the time of receiving nominations. Unfortunately, it is difficult to compel Parliament to hold such an election. However, the statutory duty is clear, and the house must in good faith hold such an election.

The final step in the process is the election of the president if in fact more than one candidate is nominated. At the appointed date of the election, each member of Parliament is permitted to cast their vote for a candidate. Members can also cast second- and third-preference votes. If a candidate receives more than one-half of the valid votes cast, the Secretary General must declare such a candidate elected to the office of president.

The Act also sets out the procedure if no candidate receives more than 50 percent of the valid votes. For instance, if three or more candidates are nominated, the candidate with the least number of votes is eliminated from the contest. The second-preference votes of the members who voted for that eliminated candidate are then counted and added to the remaining candidates’ tally. The procedure eventually ensures that a candidate is elected to the office of president.

However, if President Rajapaksa does in fact resign on 13 July as promised in his communication to the speaker and the prime minister, popular demands that began earlier this year would have finally been met. Sri Lanka will, for a short period of time, have an acting president. Then, if all goes according to plan, and law, a new president will be elected by Parliament before July is through.

Gehan Gunatilleke is an attorney-at-law, and a senior partner at the Colombo-based LexAG – Legal Consultants. He is also a post-doctoral fellow at Pembroke College, University of Oxford, and an Early Career Fellow at the Bonavero Institute of Human Rights, University of Oxford, with expertise on constitutional law, ethno-religious violence, and social cohesion.