Skip to content
Archives > When mountains die they turn white

When mountains die they turn white

The leaders of India and Pakistan have now appropriated to themselves, as others had done before, the power that was God’s alone – to kill mountains, make the earth quake, bring the sea to boil, … 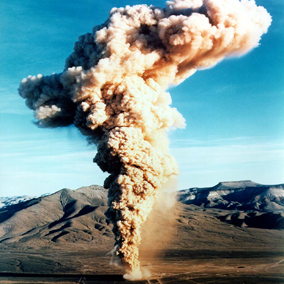 I saw on television a picture more awesome than the familiar mushroom cloud of nuclear explosion. The mountain had turned white. I wondered how much pain had been felt by nature, God’s most wondrous creation. The great mountain in Chagai will turn in time to solid ash! And we, who are so proud of our mountains?

India’s mindless right-wing leaders who started it all and then proceeded to goad Pakistan into baring its nuclear capabilities may never acknowledge that they have committed a crime against India and its neighbours, and that not one good – strategic or tactical, political or economic – can accrue from their blunder. An Indian scientist, Vinod Mubayi, rightly says that the RSS has now killed Gandhi twice: his body in 1948, and his legacy 50 years later.

India shall suffer for some time to come from the effects of these killings. It had enjoyed what the French call a prejuge favourable in world opinion, a mystique of being uniquely ancient and pluralistic, a land of Hindus and Muslims, Christians, Buddhists and Zoroastrians, the spiritual home of Albert Luthuli, Desmond Tutu, Father Daniel Berrigan, and Martin Luther King. In a single blow, the BJP government has destroyed India’s greatest asset. And more.

After decades of bitter squabble, India’s relations with China, the world’s most populous country and a fast growing economic giant, had been improving for the last six years. The Sino-India amity had reached a level significant enough for Chinese leaders to counsel Pakistan, their old ally, to resolve its disputes with India. In a conversation with me a few weeks ago, former Prime Minister I.K. Gujral cited Sino-Indian cordiality as a model for Indo-Pakistan relations. A high-level Chinese military delegation was in India when Prime Minister Atal Behari Vajpayee proudly announced his first three nuclear tests. These had preceded and followed anti-China rhetoric. India’s greatest single foreign policy achievement of the last two decades was thus buried away like nuclear waste.

For nearly four decades, India’s rate of growth had remained low at around 4 percent per annum. Economists the world over dubbed this mysterious consistency as the ‘Hindu rate of growth’. Then a decade ago, the curve began to move upward reaching a whopping 7.5 percent last year. Hope had never prevailed so widely in India since independence, and international capital had begun to view it as a grand investment prospect. Economists expected that in the next decade India will maintain a 7 percent rate of growth, just about wiping out the abject poverty that so assails its people. This expectation too has been interred in the Pokhran wasteland. International economists now estimate that in the financial year that ended on 31 March, India’s growth would show a decline from the projected 7.5 percent to 5 percent; these estimates are based not on the effects of sanctions but on the adverse turn in the investment climate.

Excepting a few interregnums, such as the short-lived government of I.K. Gujral, India’s governments have not been very sensitive towards their neighbours. At regional and international conferences, a participant is often astonished at the antipathy delegates from Sri Lanka, Nepal, Maldives and Bangladesh express towards India’s policies. But I believe nothing had shocked and angered its neighbours more than India’s unilateral and surprise decision to carry out its 3+2 nuclear tests, thus starting a spiral of nuclear arms race and opening the way to potential holocaust in South Asia. They have a right to anxiety and anger as nature has so willed that they are no more safe than Indians and Pakistanis are from the nuclear fallout.

It is commonplace in Pakistan to hear that India seeks regional hegemony. A reminder is necessary perhaps that hegemony requires a recognition of superiority by consent more than coercion. Delhi’s latest actions deny rather than affirm the premise of hegemony. Pakistan does not have hegemonic ambition, yet I hope that Nawaz Sharif’s government had been gracious enough to at least inform our neighbours before the tests in Balochistan.

Each historical time has had its own temper. But one factor has been common throughout history to the attainment of progress and greatness. Historians of culture describe this one factor variously as syncretism, openness, pluralism, and a spirit of tolerance. Where ideas do not clash, diverse influences, knowledge, viewpoints, and cultures do not converge, civilisation does not thrive and greatness eludes. The rightist environment of religious chauvinism and intolerance which the BJP and its allies promote in India – it pervades Pakistan for other reasons – is deeply harmful to India’s future. Nuclearisation of nationalism has further degraded this environment. The tests have worsened the xenophobia of Hindutva supporters. Reaction no less than a habit of emulation among fundamentalist adversaries, will undoubtedly reinforce right-wing sentiments and excesses in Pakistan. In recent weeks BJP supporters stormed a meeting of anti- nuclear scientists, attacked artist M.F. Hussain’s home and destroyed his paintings, in retaliation of US sanctions, assaulted trucks carrying Pepsi and CocaCola, disrupted a concert by Pakistani musician Ustad Ghulam Ali. “The atmosphere of intolerance has been gaining ground recently,” says an editorial in The Hindustan Times. In Pakistan, government-owned television darkly and repeatedly suggested that opponents of a nuclear test were foreign agents.

India’s leaders have long viewed nuclear weapons as a currency of power. They will soon realise that this is a counterfeit. Hiroshima and Nagasaki had shown the nuclear to be a non-usable weapon morally. Korea, Cuba and Vietnam proved it to be unusable politically and militarily. By the mid-1960s, nuclear weapons had ceased to be a significant component of power. The rise of such non-nuclear giants as Germany and Japan and the collapse of the Soviet Union, a nuclear superpower, rendered the possession of nuclear weapons quite incidental to the equation of power in world politics. No advocate of nuclear tests has refuted me either in Pakistan or abroad. Then what in heaven’s name were India’s rulers seeking by detonating five nuclear devices? And why do we insist that Pakistan had no option but to follow India into the dumb pit?

I, and many others, had argued that Pakistan’s best option was to let ambiguity serve the purposes it had served for a decade. There is no way to prove now whether we were right or wrong. The deed is done. A mountain is dead. But history demands that it be noted now that Prime Minister Nawaz Sharif’s initially good instincts were overwhelmed by forces in and out of Pakistan. Our knowledge of the factors that led to Pakistan’s decision to carry out the tests is not complete, but enough is known to identify the main factors: The most important was the provocations of BJP leaders.

There were too many to recount here. These included a warning by L.K. Advani, India’s interior minister, that Pakistan should note a change in South Asia’s “strategic environment”; Prime Minister Vajpayee’s statement that his government might forcibly take Kashmiri territory under Pakistan’s control; the handing over of Kashmir affairs portfolio to the hardline home minister who had so enthusiastically overseen the destruction of Babri Mosque; and actually heating up of a limited but live conflict along the Line of Control. Pakistan’s chief of army staff returned from the front line with an assessment that we may in fact be witnessing the slow beginning of a conventional war. To my knowledge, Delhi did little to reassure Islamabad.These developments greatly reinforced among Pakistani officials a sense of foreboding. This was accentuated by what a decade of embargo under the Pressler Amendment had done to the weapons sustainability of Pakistan’s armed forces. During the decade of Mohammed Zia-ul Haq, our defence forces reverted to heavy reliance on US arms. In the last decade these have suffered not merely from obsolescence but also from a paucity of reliable spare parts. Pakistan could find itself unable to sustain a war with India without soon running into serious supply problems. In a military environment such as this, army leaders are likely to put a high premium on an assured deterrent capability. This much is known to interested military analysts the world over.

It is astounding that under these circumstances, and after testing their nuclear device, India’s leaders would engage in provocations, verbal and military. Officials and legislators in Washington might also note that their anti-nuclear sanctions actually compelled a speedier development and testing of nuclear arms.

In an environment so fraught, the government needed political support. Instead, Pakistan’s opposition leaders – all except Ghinwa Bhutto, Air Marshal Asghar Khan, and Sardar Farooq Ahmed Khan Leghari – were in the streets taunting Sharif to ‘explode’ a nuclear bomb. The pack was led first by Jamaat-i-Islami leaders who were soon overtaken by Benazir Bhutto. She seems to have sensed in this national crisis an opportunity to restore her flagging fortunes. I know of few gestures in the ugly repertoire of Pakistani politics as revolting as her demagogic toss of bracelets at Nawaz Sharif. The G-8 responded mildly and in a divided fashion to India’s tests, signalling a soft response to the menace at hand and enhancing the Pakistani sense of isolation and risk. Finally, like the Indian tests, Pakistan’s response was a tribute to the hegemony of the nuclear culture and notions of deterrence so assiduously promoted by the West during the Cold War.

The leaders of India and Pakistan have now appropriated to themselves, as others had done before, the power that was God’s alone – to kill mountains, make the earth quake, bring the sea to boil, and destroy humanity. I hope that when the muscle-flexing and cheering is over they will go on a retreat, and reflect on how they should bear this awesome responsibility.

~ Eqbal Ahmad was a Pakistani writer, journalist and public intellectual. During the 1960s, while in the USA, he became one of the founders of the anti-Vietnam War movement. He was strongly critical of America’s West Asia strategy as well as what he saw as the ‘twin curse’ of nationalism and religious fanaticism in countries such as Pakistan.

This article was originally published in Himal Southasian, July 1998.