A new book justifies Kashmiri secession, but the scholarly appraisal ignores the full complexity of the crisis. 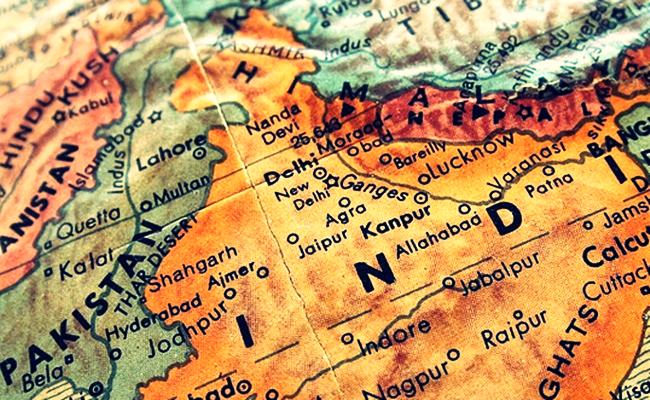 Matthew J Webb’s Kashmir’s Right to Secede: A Critical Examination of Contemporary Theories of Secession explores the issue of Kashmir’s right to secession within a critical evaluation of three streams of secessionist theory, broadly defined as nationalist, liberal-democratic, and ‘just cause’. In testing the strength of these theories, Webb aims as much to ascertain the satisfactoriness of these theories as to evaluate the moral justifiability of Kashmir’s secession. The book, therefore, is a work of political theory rather than history, as Webb eschews historical description and relies on existing literature for the book’s empirical base.

Since October 1947, when the princely state of Jammu and Kashmir acceded to the Government of India, there has been a gap between India’s democratic and secular ideals of and the reality of New Delhi’s relationship with Srinagar. This led to various bouts of disillusionments, the first of them as early as the 1950s, in the largely-Muslim Kashmir valley. Persistent calls for Kashmiri secession only intensified through the next three-and-a-half decades as disenchantment with assertive Indian actions mounted and finally took a violent turn in November 1989.

Since then, keeping pace with events, the literature on Kashmir has also changed to detail accumulating Kashmiri grievances. Scholarship has steadily moved away from the historical origins of the Kashmir crisis, looking instead to explain the conflict through various contemporary political theories. It has looked at the deinstitutionalisation of Kashmiri politics; the power dispute between provincial elites and New Delhi and the assertion of the periphery against a stifling centre; the nature of Kashmir’s federal autonomy; ethnic mobilisation, ethno-nationalism and separatism; and the re-definition of democracy, sovereignty, legitimacy, citizenship and rights in Kashmir and in India as a whole.

In this literary landscape, Webb’s is the latest attempt to apply a normative theoretical reasoning to Kashmir – in this case, that of secession. Webb explains his choice of Kashmir as a case-study by invoking concrete concerns about war and peace, economic development and nuclear danger involving not just India and Pakistan but also China. But his book remains firmly in the field of abstract political philosophy – with no concession to comparative politics or international relations, and certainly not history – and limits its considerations to just the Srinagar Valley within Indian-controlled Jammu and Kashmir. To use Srinagar’s attitude towards New Delhi as a touchstone for testing three normative, principled approaches to secession  is one thing, but to extrapolate from there to draw conclusions on those approaches’ applicability to the Kashmiri case as a whole is quite another.

Theories of secession
The book begins by introducing the issue of secession and then provides a historical outline of the Kashmir dispute which summarises adequately a rather complex and contested history; Webb’s theoretical purpose, however, is not to arrive at any historical conclusion. Thereupon, in succession, it examines the nationalist, liberal-democratic and ‘just cause’ defences of secession, concluding that “human rights violations by Indian security forces provide one of the most potent justifications for Kashmir’s secession.”

Webb first tackles the nationalist theory, which ties the right of secession to the idea of nationhood and national self-determination. He questions attempts to provide nations – however defined – with statehood. He finds that the development of Kashmiri national identity (Kashmiriyat) is but a reflection of prevailing political, economic and social realities, and that “national identities are in large measure contingent upon institutions of right and in a constant state of flux.” To Webb, therefore, “Kashmiris may well be a nation…they may also have a right to secede. However, they do not have a right to secede because they are a nation.”

Webb next considers the liberal-democratic variant, which allows a group the right to secede provided majority sanction – a plebiscitary right that has been touted and debated since the very origins of the Kashmiri dispute. Here, Webb’s objections have more to do with the “deleterious consequences” of a plebiscite than with the varied and complex approaches and methodologies of the liberal-democratic case.  Webb notes that, “putting aside conceptual objections and focusing on the case of Kashmir, it is important to note that none of the liberal-democratic theories considered here would necessarily produce a result similar to that sought by Kashmiri separatists.” In other words, Webb would not endorse a plebiscite – or any other notion of self-determination – not because there may be theoretical challenges to its validity in the Kashmiri case, but because it may produce results contradictory to the very real, complex, and at times contradictory political project of the Muslim Separatists. For instance, a plebiscite would allow non-Muslim minorities in the Kashmir valley, Jammu and Ladakh to challenge the Muslim Separatists’ own project of a unified and autonomous Kashmir. Yet here again, Webb’s abstract theoretical exercise glazes over the multi-layered political relationships that exist within Indian-administered Jammu and Kashmir.

Finally, Webb evaluates the ‘just cause’ theory, which upholds a territory’s right to secede if it can demonstrate that it has been treated unjustly.  Webb discusses three variants of this theory, only one of which finds favour with him. He rejects secession premised on either “historical injustices of the circumstances of accession,” or India’s military intervention and subsequent failure to hold a promised plebiscite, especially since the promised plebiscite never offered the option of secession. Instead, Webb pursues “a just cause right of secession premised upon the wrongs of contemporary human rights abuses.” He cites reports by Amnesty International (1998, 2008 and 2011), Asia Watch and Physicians for Human Rights (1993), which have detailed arbitrary arrests, beatings, electrocution, intentional destruction of property, rape, torture, execution. To further substantiate his case, Webb also discusses the notorious Armed Forces Special Powers Act of 1990 and the Prevention of Terrorism Act, which have contributed to the detention without trial of an estimated 8000 to 20,000 Kashmiris. Webb presents the two-decades of physical, psychological and sexual abuse resulting from the heavy-handed tactics of Indian security forces and the accompanying lack of legal redress as “perhaps the most compelling just cause for Kashmir’s secession.”

At the end of this pursuit, Webb leaves the reader with an incredible allegory of the Indian state as a “violent psychopath” not given to reason, and the Kashmir valley as a “small child” compelled to use deadly force. Webb seeks to convince us that India’s “sustained, serious and systematic infringements of Kashmir’s fundamental human rights,” added to its steadfast refusal to allow third-party mediation in Kashmir, has created a crisis of Indian credibility and integrity. And though even an independent Kashmir may continue to commit human rights abuses, “to require a group to demonstrate beyond all reasonable doubt that, post-secession, its members will not at some point have their rights infringed, or important interests harmed, is to impose an unreasonable and impractical burden of proof that most existing states would be incapable of meeting.” Even if one may differ with Webb’s rather impassioned allegory and assertions, it is difficult to disagree with his argument that the Indian state should take a long, hard and detailed look at its political project, security apparatus and economic programme in Kashmir, and embark upon wide-ranging constitutional and governmental reforms if it is ever to convince the separatists that secession is unnecessary and impractical.
Theoretical or practical?
Webb walks a tightrope between a theoretical treatment of a single facet – even if the most significant domestic facet – of the Kashmir dispute, and an application of his treatment’s results to a gamut of other dimensions, from Sino-Indian relations to the possibilities of Indo-Pak nuclear war, to Hindu-Muslim and Centre-state relations in India, to how India’s harsh presence in the Kashmir valley is ostensibly holding back Pakistan’s impending economic development. At one ironic moment, Webb reminds the reader that “what is at issue is an argument’s philosophical coherency, or normative force, not its explanatory accuracy or the extent to which it is articulated by political elites and laymen.” However, the book itself criss-crosses philosophical analysis, political explanations and historical summary and jumps from abstract philosophical considerations to concrete matters of domestic politics and international realpolitik.
The dispute over Kashmir is not just the most enduring flash-point in the relationship between India and Pakistan; it is, equally, the largest question-mark next to India’s claims to secularism and democracy. Nationalist passions, political imperatives, security concerns and emotions of bitterness and distrust (including those between Kashmiris themselves) have undermined much policy-making and scholarship. Webb sidesteps those traps, but is hobbled by other constraints: his sole focus on the cause of Muslim separatists in the Srinagar Valley; his eagerness to marshal theories to suit their cause; a tendency to collapse the many opinions within the Kashmir valley into a single postulated separatist voice; and an uncritical acceptance of the political base and public following claimed by various political groups. And, of course, the perennial question of Pakistan-administered Kashmir, and its position in any potential settlement.
Kashmir today is best understood through a prism of triangular political relations: between Srinagar and New Delhi; between politicians and the public within Kashmir; and between Kashmir’s different regions and identity groups. Webb attempts a theoretical justification for Kashmiri secession and finds it in the “severe, persistent and systematic” nature of human rights violations by Indian security forces in the region. Webb thus adds his voice to the substantial body of literature calling for a package of reforms – the devolution of power to Jammu and Kashmir, thereby enhancing its political autonomy; making security forces accountable by scrapping controversial security legislation; enhancing legal safeguards and economic investment in the region – aimed at demonstrating sincere Indian goodwill and so convincing separatists to drop their calls for azadi. Put simply, Webb’s point boils down to this – Kashmir has a justified right to secede, so either grant Kashmiri autonomy, or stop the human rights abuses that justify it. The question that remains, though, is whether the Indian state will listen.
~ Rakesh Ankit is a PhD student of history at the University of Southampton.
Rakesh Ankit
Topics : India, Kashmir, legislation, secession
Comments