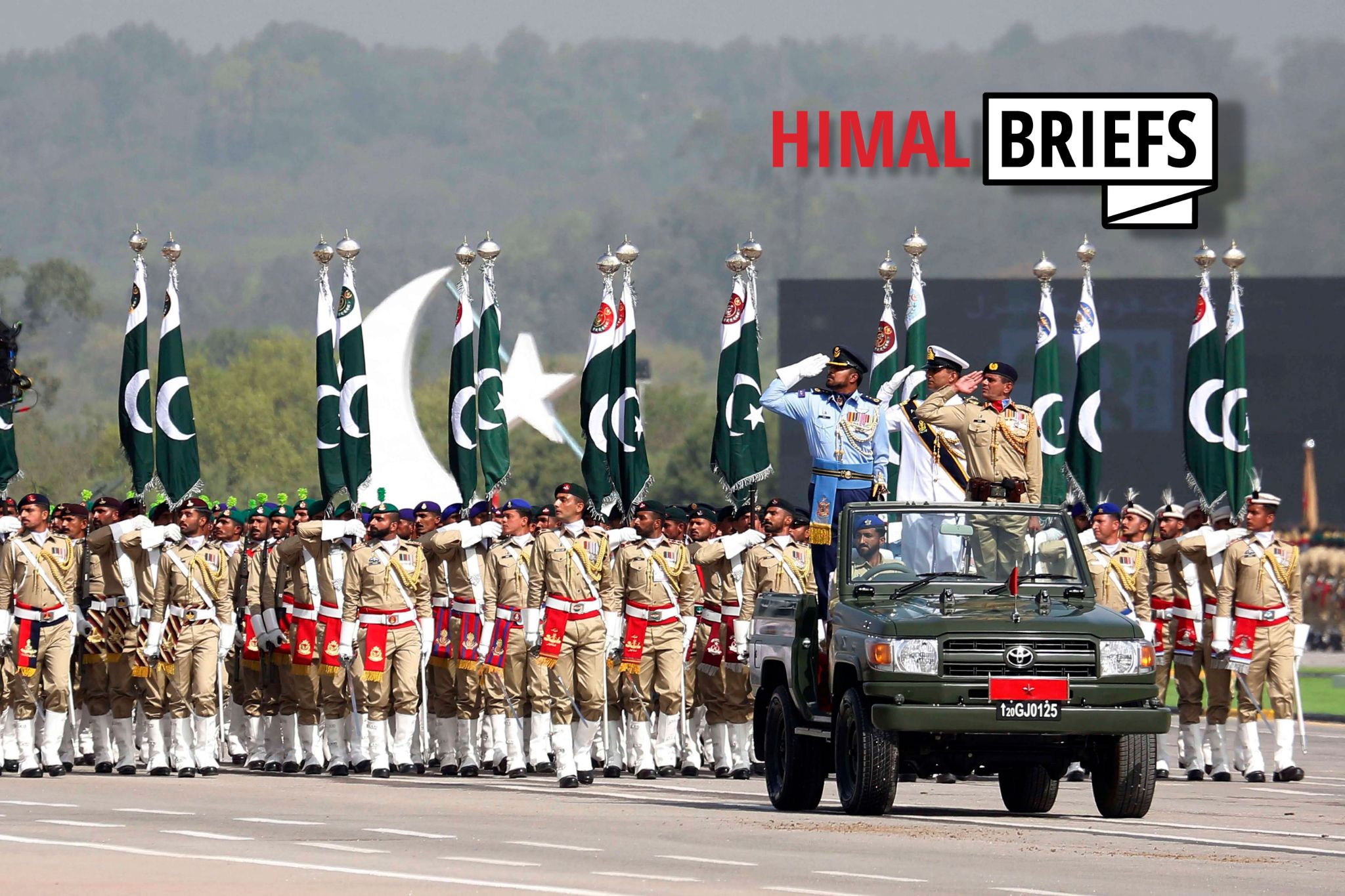 On 10 April, 2022, when Imran Khan’s government was defeated in a vote of no-confidence, it marked the end of a regime that came into power in July 2018 with active support from the military. As recent events have shown, this defeat was partly engineered by the military establishment, which was forced to profess ‘neutrality’. This effectively meant withdrawing support in the face of growing criticism of a regime that played a key role in pushing Pakistan to the brink of bankruptcy. The military establishment’s ‘neutrality’ has yielded consequences, including a significant shift within the institutional trajectory of the Supreme Court of Pakistan.

The Supreme Court of Pakistan’s 7 April verdict against Imran Khan’s unconstitutional decision to dissolve the National Assembly on 3 April – which he did to attempt to avoid a vote of no-confidence and afterwards hold fresh elections immediately – is a significant development. In the past, the Supreme Court, invoking the so-called ‘doctrine of necessity,’ played a key role in legitimising several extra-constitutional adventures of military dictators.

This time, however, the judiciary allowed for the vote of no-confidence to be held on 9 April, leading to Khan’s ouster the next day after midnight.

Most observers see this newfound neutrality from the military as a significant development that could yield opportunities for democracy to flourish in Pakistan. A close reading of this episode, however, shows that the prospects of civilian supremacy are not too bright. The military establishment’s ‘neutrality’ does not amount to a paradigm shift in the political landscape of Pakistan, notwithstanding the failure of the regime it supported for more than three years. On the contrary, its ‘neutrality’ has its own politics that are tied directly to the establishment’s assessment of its long-term interests.

The military establishment’s ‘neutrality’ has yielded consequences, including a significant shift within the institutional trajectory of the Supreme Court of Pakistan.

The military establishment professed ‘neutrality’ only when the Khan regime became completely unsustainable in the face of a serious economic crisis and an aggressive opposition.

When the multi-party and anti-regime Pakistan Democratic Movement (PDM) was founded in September 2020, it claimed to hold those forces supporting the Khan regime (including the military establishment) accountable for Pakistan’s economic woes. Nawaz Sharif, one of the key leaders of the PDM, specifically targeted the military establishment’s interference in politics in a number of addresses he delivered from London. Other parties involved in the PDM, too, openly reinforced his anti-military narrative.

The situation for military leadership deteriorated further when Imran Khan decided to flex his ‘civilian muscle’ and interfered with the military’s nominations procedures to extend the tenure of Lieutenant General Faiz Hameed – who is believed to have masterminded Khan’s victory in the 2018 elections – as the Director-General of the Inter-Services Intelligence (ISI), Pakistan’s most powerful intelligence agency. The Chief of the Army Staff, General Qamar Javed Bajwa resisted this interference and managed to transfer Faiz Hameed.

Khan’s interference, however, proved fatal – the last nail in the coffin – since the military establishment decided to withdraw its support for the regime.

The military establishment professed ‘neutrality’ only when the Khan regime became completely unsustainable in the face of a serious economic crisis and an aggressive opposition.

Most political leaders I have talked to in the past one month or so believe that the military establishment’s ‘neutrality’ is nothing more than a damage control strategy put in place to distance itself from a regime that had managed to push Pakistan  to the brink of bankruptcy.

The net result of this ‘politics of neutrality’ has been that the PDM – especially Nawaz Sharif – no longer targets the military establishment’s interference in politics or blames it for Pakistan’s current economic situation.

As most observers of Pakistani politics believe, the PDM’s step away from criticising the military establishment came in lieu of the latter’s decision to withdraw its support for a failing regime and allow its most critical rival – the Pakistan Muslim League-Nawaz (PML-N) – to form the new coalition government. The new government is now at loggerheads with the Pakistan Tehreek-i-Insaf (PTI), which is agitating and mobilising its voters to put pressure on the new government to hold fresh elections.

This proves that the material and institutional foundation of Pakistan military establishment’s interference in, and dominance of, politics remain very much intact.

Therefore, for the military establishment, the failure of the ‘hybrid regime’ is nothing more than a small setback they can recover from. In fact, the establishment has the requisite economic and political resources for it.

Let’s not forget that this setback has left virtually no impact on the military establishment’s vast business empire. According to Ayesha Siddiqa, author of the 2007 book Military Inc.: Inside Pakistan’s military economy, the net worth of this business was estimated at almost GBP 10 billion, as reported in the Spectator’s January 2008 issue (the same year, she told Al Jazeera that the military also owns land worth approximately USD 10 billion). Most observers and politicians believe that this business has only expanded in the past few years. In terms of practical politics, this proves that the material and institutional foundation of Pakistan military establishment’s interference in, and dominance of, politics remain very much intact.

This is unlikely to change, as the new government has no agenda to force the military to give up its economic activity and/or hand it over to the state. On the contrary, the fact that any criticism of military interference in politics is muted and indeed, now coming mostly from the ousted PTI rather than from media or other commentators, means that their material interests are duly protected, at least for now, and will continue to expand.

Politically, the military remains a major player. Consider Balochistan, for instance, where the military dominates provincial matters from running the bureaucracy to managing the economy and politics at large.

With the separatist insurgency in Balochistan spreading into other parts of Pakistan – evident from the 26 April suicide bombing in Karachi by a Baloch woman (later claimed by the Baloch Liberation Army) targeting directors and teachers of the Confucius Institute at the University of Karachi – the military’s role is quite likely to increase, especially in Balochistan. With Balochistan tied directly to the China-Pakistan Economic Corridor (CPEC), the military’s role will impact Pakistan’s relations with China as well.

By distancing itself at the right moment from Imran Khan, the military succeeded in shielding itself against any more criticism.

Similarly, the Pakistan military calls the shots when it comes to Afghanistan or the Afghan Taliban. With the issue of the Taliban directly tied to Pakistan’s relations with Washington, the military’s role in managing ties with the US becomes obvious. In fact, in a speech made on 2 April, 2022 in Islamabad at a security conference, General Bajwa reiterated that Pakistan needs to develop strong ties with the US. He reminded his audience that the ‘best equipment’ the Pakistan military has is made-in-US and that the US remains Pakistan’s largest export market.

Despite the military’s setback through the failure of the Khan regime, the former’s politics is far from finished. And, as long as the military remains politically powerful, the prospect of democratic gains remains bleak, if not altogether impossible to achieve.