Skip to content
Archives > An India at odds with itself

An India at odds with itself

The ingredients are burning inside the melting pot. India’s people need plural rather than homogenous co-existence 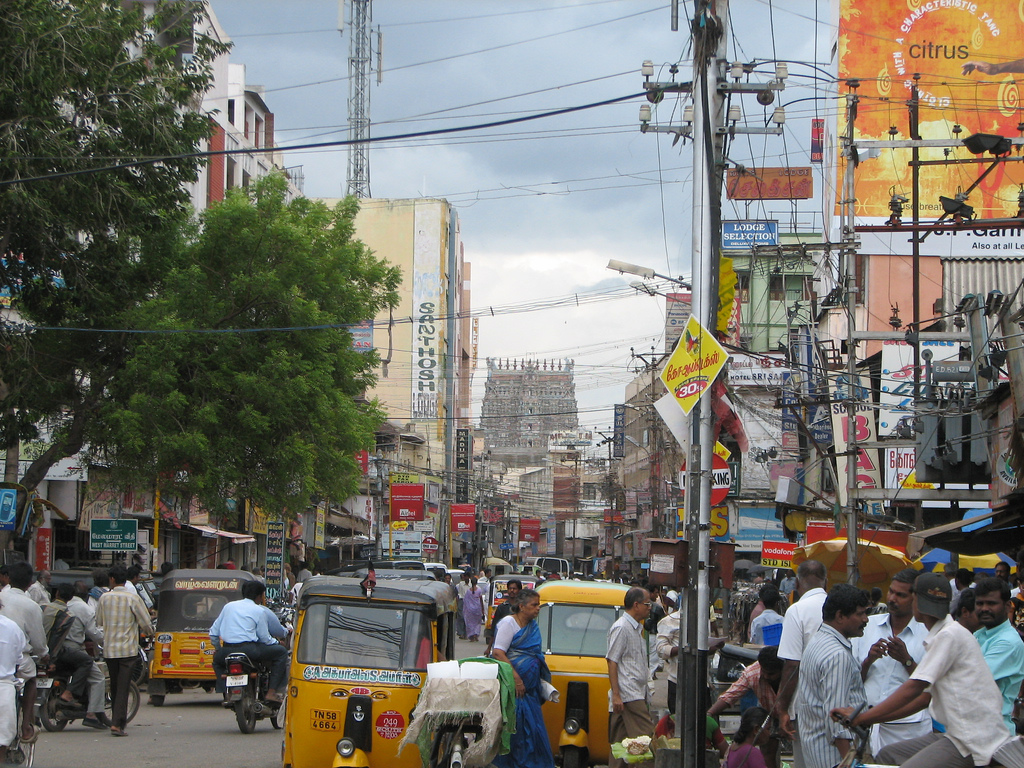 The midlife crisis of the Indian nation state has become aggravated as it enters the mid-sixties of its life. At its birth in 1947 it was a fractured entity, fissured along lines of class, caste, ethnicity, language and religion. During more than six decades of existence as an independent Indian Union, the state – whether ruled by the Congress or other political formations – has failed to bridge these differences and mould the country into a harmonious unit, and has instead sharpened the fissures.

The glitz and blare of the Indian state’s current propaganda of economic growth and prosperity following neoliberal reforms cannot blow away the miasma of poverty. According to a report by the National Commission for Enterprises in the Unorganised Sector, 75 to 80 percent of the population continue to live on less than USD 0.50 per day. Neither can the ‘miraculous’ growth mask the rampancy of inter-religious discord marked by explosions of Hindu-Muslim riots, during which the minority Muslim community usually bears the brunt. Dalit Bahujans – the oppressed majority that comprises the lowest rung in the Hindu caste hierarchy – are often victims of upper caste atrocities. Regional conflicts are ubiquitous, and range from disputes over the sharing of river water between Tamil Nadu and Karnataka to demands by sections of Nepali-speaking people in West Bengal for a separate Gorkhaland, from armed secessionist movements in Kashmir to violent clashes between the Bodo people and Muslims in Assam. These unresolved problems loom large over the axis of politicians, corporations and bureaucrats that has been ruling India for the last six decades.

For all these years this axis has trumpeted the motto of ‘unity in diversity’ as the underlying spirit of Indian nationhood, claiming that despite various differences, all are united as Indians. In the name of unity, the Indian state is homogenizing the diverse segments of Indian society under its hegemony.

The main goal must be the creation of a pluralistic society, one which allows the eradication of economic and social disparities between communities without jeopardising their cultural identities

India’s main pillars of governance – the legislature, executive and judiciary – have failed to address the voices of internal dissent. Over the last few decades, the credibility of these institutions has been eroded because of corruption and criminal activity. According to official records, at least a third of the elected lawmakers in the present Indian parliament and state legislatures are history-sheeters, a substantial section of the administrative machinery faces charges of embezzlement of government funds, and more than a dozen of India’s Supreme Court judges are embroiled in allegations of nepotism and bribery. According to the lawyer Prashant Bhushan, at least three of these judges can be impeached on the basis of evidence currently available. Given this plight, what hope is left for the people of India?

With the governing institutions and their underlying ideology failing to respond to the aspirations of the citizens, the nation state is threatened with disintegration. India’s political leaders and civil society must, therefore, begin a dispassionate search for alternative paths to revamp India. The main goal must be the creation of a pluralistic society, one which allows the eradication of economic and social disparities between communities without jeopardising their cultural identities.

History often provides crucial insights to imagining a better future. On the eve of Independence, the makers of the Indian Constitution assumed that the entire population of the territory they were to inherit was automatically a part of the Union of India. It is true that a people representing diverse linguistic, cultural and religious identities came together against foreign colonial rule and developed a consciousness of nationhood. This consciousness was, however, incomplete and fragile. It was incomplete because it did not embrace the various adivasi peoples and Dalit Bahujans living at the fringes. It was fragile because its sole aim was independence from colonial rule.

The Constituent Assembly was not a fully representative body as it was not elected on the basis of universal franchise. No attempt whatsoever was made to assess the choices of the Sikhs of Punjab or of the adivasi communities of the Northeast, which had by and large remained outside the Congress-led national movement.

Incidentally, it was only the Communist Party of India (CPI) that championed a democratic verdict to decide the shape of the union. In November-December 1945, on the eve of elections for the central and provincial legislative assemblies, the CPI issued a manifesto. It announced an Indian Freedom Plan, which envisaged the transfer of power to a “real All-India Constituent Assembly”, elected by “seventeen sovereign National Constituent Assemblies based on the natural homelands of various Indian peoples, viz Baluchistan, Pathanland, Sind, Western Punjab, Central Punjab, Hindustan, Rajasthan, Gujerat, Maharashtra, Karnatak, Andhra, Kerala, Tamilnad, Orissa, Bengal, Assam and Bihar.” The CPI wanted these seventeen National Constituent Assemblies to be elected by universal adult franchise in their respective areas. It further stated:

Full and real sovereignty shall reside in the National Constituent Assemblies which will enjoy the unfettered right to negotiate, formulate and finally to decide their mutual relations within an Independent India, on the basis of complete equality.

Elaborating on the manifesto’s message in his book For the Final Bid for Power, P C Joshi, the CPI’s General Secretary at the time, put forward the concept of a future independent India as a “family of free nations”. In contrast, the Congress and Muslim League leaders chose to accept the British proposal to partition India. They retained, even after independence, the administrative structure inherited from the authoritarian and centralised British colonial regime. The post-Independence rulers have since instilled a nationalist political ideology to homogenise a heterogeneous population and hence forge ‘national integration’. Integration implies the merging of identities; association implies cooperation between equal partners in a joint enterprise. Given the domination of the country’s political structure by the Hindu majority, national integration spells Hindu nationalism. It forces all religious minorities and marginalised communities to conform to the diktats of Hindu orthodoxy.

The postcolonial Indian state’s model of nation-building has been that of a ‘melting-pot’. More than six decades after its birth, the Indian state can either keep going down this dubious road, or it can try to democratise itself. There is a need for an honest debate on restructuring the nation state and the future shape of political association among the different communities inhabiting the country. Such a debate should encompass not only politicians and academics but also those who are demanding secession. Questions of federalism, the centre-state relationship, the status of Nagaland and Kashmir, all need to be resolved. It is encouraging to see that the government of India has already started conversations with the National Socialist Council of Nagaland (NSCN IM), the Naga militant group, on a range of key issues including the possible amendment of the Indian Constitution to give the Nagas greater cultural and political freedom.

As for the issue of autonomy, the essence of the proposal made in the Anandpur Sahib resolution of October 1973 – stripped of its religious overtones – can provide guidance for conceptualising a central state that addresses only matters of defence, foreign relations, currency and communication. The Indian nation state needs to replace a top-down model of integration with a strategy of association to promote the common goals of socialism, secularism and democracy. Only then can India acquire its essential multinational character.

~Sumanta Banerjee is a senior journalist, democratic rights activist, and author specialising in the politics of the Indian Left and the social history of Bengali popular culture.