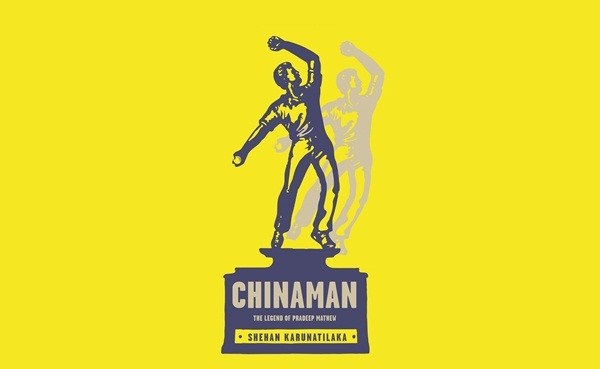 Shehan Karunatilaka, the award-winning writer, recalls how, among other things, watching two uncles coming to blows at a wedding inspired him to write Chinaman: The Legend of Pradeep Mathew.

The DSC Prize and the Commonwealth Book Prize – two prestigious literary prizes – were awarded to your debut novel, Chinaman. How does it feel to have accomplished this? How has life changed for you after the awards?

It is fantastic and surprising and I’m very grateful that the book has come this far. So now I get to travel more, I get interviewed more and my book stays on the shelf for a little while longer. That said, day-to-day life is the same as it was a year before the prizes. I still write every morning, play bass in the evenings and do some ad work to pay the bills. Can’t see that changing for a while.

Tell us a little bit about yourself. How did you begin to write and what has your literary journey been like?

I began keeping diaries like most teenagers, then I started writing songs once I learned a few chords on the guitar and then after college took up writing ads, which I’ve done for the last two decades. I made a stab at screenplays, short stories and novels, but never got beyond the opening scene. That’s until I had the idea for Chinaman.

What inspired the novel?

Many threads that came together over the years. Nick Hornby’s Fever Pitch, Peter Jackson’s film Forgotten Silver, the obituary of Lankan cricketer Anura Ranasinghe, and watching two uncles coming to blows at a wedding. Also the idea that it was possible to write about Sri Lanka without exoticising it or eulogising it.

I understand you bowled a little – left-arm spin – just like you protagonist Pradeep Mathew does. Is there a little bit of you in Pradeep Mathew? How important is cricket to you?

I bowled left-arm chinaman, had a decent googly and a passable arm-ball, but was incredibly lazy and never lived up to my initial promise. I was all washed up by 15, the age I discovered rock and roll. Cricket is important in that it’s the one thing that Sri Lankans are truly world-class at, and the one thing that unites most of us. But Pradeep was a genius and in the same league.

While your novel is largely, seemingly, about cricket, it is also emphatically about human nature and human relationships. There is a lot going on at another level beneath the cricket. In particular, all the tensions, complexities, subtle nuances of contemporary Sri Lankan society are beautifully drawn out. How important is place in your writing? Could you have set this novel in any other country as successfully?

I think it would have been possible to set Chinaman in another country and perhaps even ground it in another sport, or even another field. The unsung genius is a familiar trope in baseball writing and there’s an interesting documentary just come out called Searching for Sugar Man, about the hunt for an obscure folk musician. But I’m not sure I could’ve written it convincingly had it not been about Lanka and cricket.

You have not italicized Sri Lankan words in your fiction. While this may slow down the reader just a little, it does add a distinct local flavour to the writing, one that adds depth. Was this a conscious decision on your part?

Yes. I think me and the original editor, the brilliant Michael Meyler, author of A Dictionary of Sri Lankan English, made that decision early on. But it’s something I grasped from the great Indian novels of the 80s, and of course the great post-war Jewish novels. If you start italicizing you never know where to stop. Then you start correcting the grammar and altering the syntax and soon your unique narrator ends up sounding like every other narrator. Local flavour in language should be celebrated, and italics felt almost apologetic.

The political situation in Sri Lankan over the last few decades, how did that affect you and how has it informed your writing?

It’s been a volatile political climate in Sri Lanka for some time and I grew up amidst war and curfews and bombs. It is part of the landscape and can’t help but inform what you’re writing, even if it is a seemingly innocuous story about cricket and drunks.

Chinaman is peppered with references to music – Meatloaf, ABBA, among others – and Garfield, the son of your character WG, is a musician who runs away to Europe to play in a band. You have played bass guitar in bands. How important is music in your life? Who are your major musical influences?

I’m a fan of ABBA (isn’t everyone?), less so of Meatloaf. Music for me is the highest art form and I wish I was better at playing it. The Police remain my favourite band of all time, distantly followed by Radiohead, The Beatles, System of a Down, Elbow, Cake and A-ha.

Who are your literary influences – now and when you were growing up?

Growing up I read a lot of crime and horror fiction, mainly Agatha Christie and Stephen King. I’ve been quite promiscuous with the writers I love, which is the joy of being a reader. The authors I keep returning to are Tom Robbins, Neil Gaiman, Kurt Vonnegut, Salman Rushdie, Nick Hornby, Martin Amis, William Goldman, Chuck Palahniuk and Michael Ondaatje. Sadly, I seem quite sexist in my musical and literary tastes.

Do you read a lot of contemporary Asian literature? Who are your favourites?

It’s a very exciting time for Southasian writers. I must admit that apart from the Japanese masters, I haven’t ventured very far east. I’m currently enamoured with Pakistani writers like Mohammed Hanif, Mohsin Hamid, Kamila Shamsie and Hanif Kureishi. I’ve just started Tahmima Anam’s The Good Muslim, which I’m loving. Of course, you can’t get away from the Indian greats like Seth, Roy, Chandra, Lahiri and a hundred others. And of course Carl Muller, the man who started modern Sri Lankan writing.

Tell us a little about your process of writing – favourite time of day, any rituals associated with it.

I start at an ungodly hour, 4 am if I’m inspired, 5 am if I’m lazy. I always face a window and have five types of fluid within arm’s reach, post-it notes on walls and books on the floor. The trick is to switch off the Internet and avoid leaving the room until lunchtime.

Are you working on anything now?

Several things, but most importantly a novel about a very different Sri Lanka to the one WG lived in. This one will require a lot of research and a lot of patience.

~ Jahnavi Barua is the author of Next Door, a collection of short stories, and Rebirth, which was shortlisted for the Man Asian Literary Prize 2011 and the Commonwealth Book Prize 2012.

~Courtesy Beantown, the literary journal of the Bangalore Literature Festival.