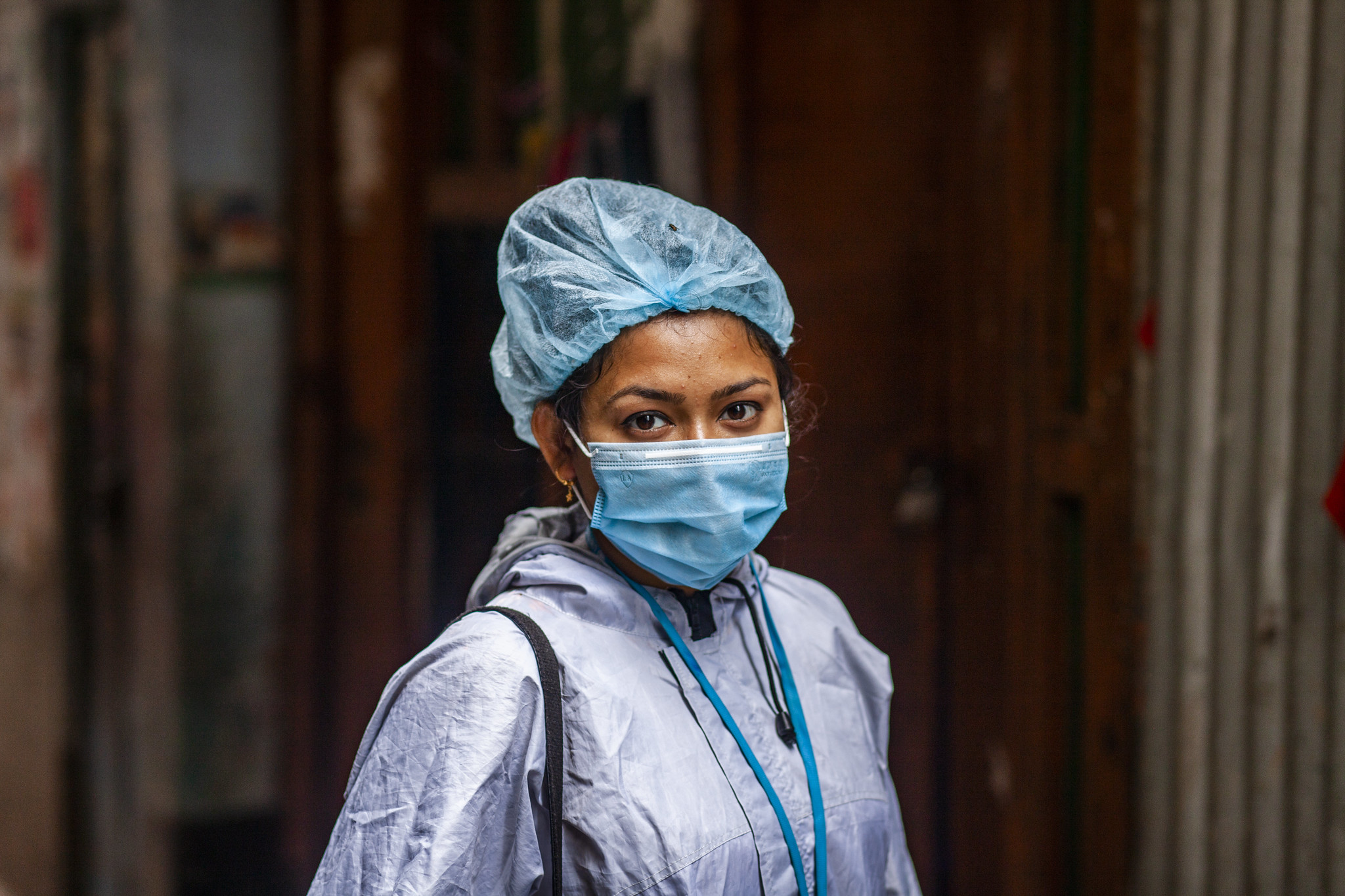 After arriving relatively late in the region, COVID-19 threatens to make Southasia another major centre of the outbreak. Cases across the region are quickly skyrocketing, from Nepal’s confirmed cases now almost doubling every week to India having the fourth highest caseload in the world. Since implementing swift and strict lockdowns in March 2020, countries have eased restrictions over the last month or so, and with that has come an inevitable rise in cases.

Lockdowns were never going to be a panacea for a region like Southasia, which contains some of the world’s most densely populated cities, such as Dhaka and Mumbai. The measure did slow the spread of the virus, but it didn’t reverse the trend of rising cases. As the regions’ wealthy and middle classes were able to close themselves off, biblical scenes of millions of impoverished, hungry migrant workers marching home to their villages filled screens around the world.

The World Health Organization continues to blast its very simple message: test, test, test. Countries in Southasia managed to respond to this urgent request only late and inadequately, given the weak public-health infrastructure and the paucity of test kits. By the end of June 2020, figures show that per day Nepal was testing 7.8 people per 1000; Pakistan 5.7; and India 6.0. While the testing rates have slowly increased, they’re some of the lowest ratios in the world. Given such region-wide figures (barring exceptions like the Maldives) the number of cases being documented is very likely to be a severe underestimation. One Afghan public-health official, for example, has estimated that they may be looking at more than one million cases only in Kabul.

Ultimately, locking down the population without adequate testing appears to only have postponed the surge and lulled many into a false sense of security that Southasia will avert a crisis like the one unfolding across the United States or Brazil. Unfortunately, as the rising curves indicate, the worst is yet to come for some of the region’s countries.

Southasia’s low levels of investment in public health is not a revelation. Countries in the region also suffer from a serious shortage of medical workers, weak public-health surveillance, and poor, if not non-existent, referral systems. This is despite the partial success of countries like Sri Lanka and the Maldives, which have implemented universal healthcare schemes. Now that the COVID-19 pandemic threatens to strip the region’s health systems bare, governments are realising that you simply cannot build a healthcare system to handle a crisis in the middle of a crisis.

The private players, however, often operate without adequate regulation, charging significantly higher fees for diagnosis and treatment, which has led to a systemic lack of accountability. This has once again come to the foreground with the ongoing COVID-19 pandemic. In India, for example, COVID-19 tests done outside a government facility are prohibitively expensive, effectively pricing out the poor. The Indian government initially allowed the private sector to charge up to INR 4500 per test (USD 60), but the Indian Council of Medical Research recently removed the cap, allowing states to negotiate with approved laboratories.

locking down the population without adequate testing appears to only have postponed the surge and lulled many into a false sense of security.

Nepal continues to struggle with its severely limited testing capacity, and it wasn’t until April 2020 that testing capabilities were expanded to outside Kathmandu. According to a Nepali Times report from 21 June, “an estimated 25,000 swab samples are in queue to be tested in 20 government labs across Nepal” In response, the government has approved the private sector to also conduct COVID-19 tests and has committed to covering the associated costs. However, as private clinics complain of the government-set minimum requirements and disagree with the estimated cost of swab testing (approximately USD 45), the test swabs will likely pile up for the time being. Meanwhile, the government has also been mired in allegations of corruption over procurement of substandard COVID-19 test kits.

With the emergence of stories about overwhelmed hospitals turning away COVID-19 suspects and about patients dying outside already full hospitals, there is an urgent need for countries of the region to arrange free testing and treatment to all patients at all hospitals. The situation is likely to get worse and it’s time for the private sector to not see patients as cash cows. Pricing people out of healthcare, particularly during a pandemic, is not just cruel, it undermines the citizens’ right to health, and will likely have serious long-term social consequences for communities across the region.

Compounding weak public health infrastructure across the region are the high rates of communicable and non-communicable diseases and the deeply-embedded social determinants of health which leave some particularly susceptible to COVID-19, a virus that attacks the respiratory system.

Let’s start with tuberculosis. India is the epicentre of the tuberculosis epidemic, with more cases and deaths every year than anywhere else in the world. Too few diagnostics laboratories, unaffordable medicines, drug stock-outs and a lack of trained health care staff are among the reasons why this age-old disease has continued to flourish.

Across the region, there are millions more who suffer from diabetes, cardiovascular disease and pneumonia – the very underlying illnesses that COVID-19 preys on. The region also has some of the world’s highest rates of smoking and undernourished children, who are more prone to infections.

Over the years, private healthcare has been sold to the public as a way out of the broken public healthcare system.

And then there’s air pollution which causes millions of deaths in Southasia every year. The region consistently records the worst pollution levels in the world; in 2019, 27 of the 30 most polluted cities in the world were in India, Pakistan and Bangladesh. In India, for example, a recent report by the Global Alliance on Health and Pollution found that 2.3 million people died prematurely from air pollution in 2017.

But just as critical is the failure to address the socio-economic factors that drive the spread of disease. Overcrowded living conditions, high rates of smoking and diabetes, air pollution, poor nutrition and hygiene, poverty and gender inequality has resulted in a public-health crisis of serious proportions. The very conditions that enabled diseases like tuberculosis to spread are some of the very conditions that have enabled COVID-19 to spread.

In late March 2020, researchers from Imperial College London released projections of the global impact of COVID-19. They estimated that, in the absence of interventions, COVID-19 would have claimed 40 million deaths globally by the end of 2020. In India, initial estimates from the Centre For Disease Dynamics, Economics & Policy suggested that between 300 million to 500 million Indians were likely to be infected by the end of July. The model predicted that at the outbreak’s peak, even with conservative assumptions, there would be 10 million patients with severe cases of the disease, many of whom would need to be hospitalised.

Modelling is a critical part of policy-making, but a lot about how COVID-19 spreads is unknown and, as such, several factors have to be estimated or assumed. As Zeynep Tufekci, an associate professor at the University of North Carolina, writes in The Atlantic: “These models are not snapshots of the future. They always describe a range of possibilities – and those possibilities are highly sensitive to our actions.” With the Delhi government predicting that cases in the city will rise to 500,000 by the end of July 2020, and will require ten times the number of beds than are currently available, such modelling may well come true.

The peak of the pandemic is yet to hit most of Southasia, but it is on its way.

We know the best armour against the virus: testing, isolating cases and physical distancing. We also know that if this highly effective suppression strategy is implemented properly – which it has been in several countries – it will save hundreds of thousands of lives. But how can the economically marginalised physically distance and isolate themselves when their living and working arrangements make that impossible? How do people wash their hands when they do not have the privilege of running water and cannot afford to buy hand sanitiser? How can we expect people to be concerned about viral infection when they are anxious about where their family’s next meal will come from?

The peak of the pandemic is yet to hit most of Southasia, but it is on its way. In a region with huge inequalities and a vast array of public-health paucities, it will continue to have devastating, far-reaching and long-term consequences. Millions more will be propelled into poverty, inequality will grow, and some of the tremendous progress the region has made on improving the health of its population, from polio to measles, could be reversed. As the founder of social medicine, German physician Rudolf Virchow, wrote in 1848, “Medical statistics will be our standard of measurement: we will weigh life for life and see where the dead lie thicker, among the workers or among the privileged.”

Sophie Cousins is a writer and author based in Southasia. She is currently writing a book on building back a more equal Australia post-pandemic to be published early next year.