In an atmosphere of heightened militant threats, continuing to play cricket might just be a way to counter the paranoia. 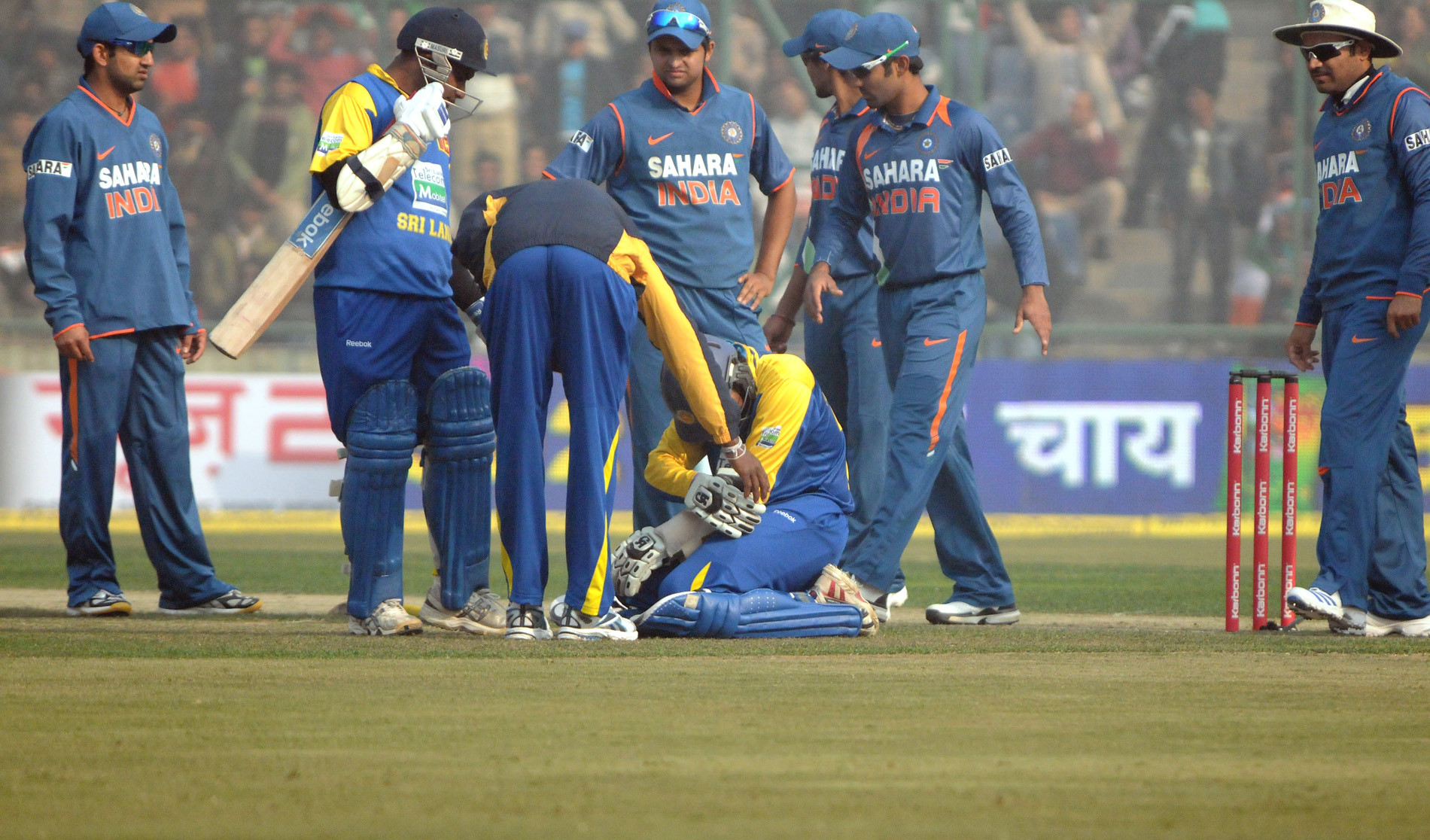 Cricket calls for character and determination. It also requires courage. Facing thunderbolts from a Brett Lee or Fidel Edwards is no walk in the park. For cricketers, such courage requirements extend to other aspects of leisure life as well. In 2000, when their boat sank in the high seas after a foolhardy trip, Australian cricketers Matthew Hayden and Andy Symonds were forced to swim several miles to the Queensland shore. Other Aussie cricketers would trek through croc-infested terrain without concern, a journey that would induce jitters within many an Asian male. But place the self-same Aussie blokes in the unfamiliar environment of a bustling Southasian city, with its steaming bazaars and medley of tongues, then add the prospect of a Tamil Tiger suicide attack or Islamist strike and, crikey, these fellows turn into wimps!

This transformation is a paradox, and one that has developed in part through notions and prejudices promoted by the Western media coverage of ‘terrorist actions’. The media has helped to implant a climate of fear from the Caribbean to Western shores, resulting in magnified fears about suicide attacks. This mindset, verging on paranoia, is marked by a poverty of analysis, and indulges in sweeping generalisations that are inattentive to the limitations of militant organisations, the regional differentiation in their capacities and their selectivity of targets. The assailants in the recent attacks in Bombay added a new dimension to the range of targets in the region, by encompassing Western tourists in their sweep. But this was an instrumental prop in their performative theatre. Where Islamists want to hurt the Western world, they are more likely to choose European cities or tourist hotspots such as Goa or Kuta Beach in Bali.

The paranoia can only go on for so long. As Gary Kirsten, coach of the Indian cricket team, recently remarked, “There is no way that security can be guaranteed wherever you are in the world. But you can’t keep saying no. There are terrorism threats everywhere; even the UK is not immune from them.” Prime Minister Gordon Brown’s gentle suggestion to the England and Wales Cricket Board that it should consider a return to India to play their scheduled Test matches on a revamped programme was an indication of the strengthening resolve to refuse to kowtow to the global threat of militant violence.

An essential requirement for this re-think is more fine-tuned analyses of the Southasian scene, as well as a breakdown of the sweeping generalisations that are so favoured by sports journalists. In questioning an argument along these lines that this writer had developed prior to the outrages in Bombay, Greg Baum of the Melbourne Age had this to say: “I do not accept Roberts’ contention about how remote is the chance of a cricketer falling victim because it takes only one exception for the whole rule to become invalid. Someone who dies in a one-in-a-million chance is no less dead than someone who is assassinated.” Yet if one sticks to such specious reasoning one would barely be able to enter a car, given the number of road deaths that take place every day in Australia, many beyond the making of those who die.

Baum’s reasoning is informed by the fantastic interpretations of the Subcontinent in particular and the global threat posed by ‘terrorists’ in general, precisely the type of mindset that needs to be condemned. It is a mindset that did not apply the same logic to London at the height of the Irish Republican Army bombings; nor to the moment of the 7 July 2005 atrocities in London, when Australian tourists continued to carouse in the city and the Australian cricket team drove in to play their Test match at Lords from 21 July. So, we have double standards operating because one place, England, is familiar – with teeming cities, yes, but also with a flavour and cosiness that arises from affinities of language and surroundings. And, of course, there is the sturdy British bobby. He can certainly be relied on to provide protection.

Ah, but can he? A former chief of the British special services recently stated, anonymously, that the UK itself would not be prepared to handle the type of attack that Bombay weathered. “Our unarmed police would be able to do very little except report in,” he said. “There would be many hours of chaos before the police, backed by the military counter-terrorist response teams, were in a position to contain, let alone neutralise, the terrorist threats.” But this is not the widespread understanding. So, in effect, we have one measuring rod for England and another for India. And, of course, there is yet another for Pakistan and Sri Lanka. Both are placed in the lowest rung of the unfamiliar – dangerous and fanatical. Indeed, Pakistan has become a virtual pariah. It does not generate 70 percent of the cricket world’s revenues as India does. It is a Muslim country and has Taliban sympathisers. Few Western journalists attend to the regional concentration of Pashto-speakers in the northwest corner of Pakistan, and so blanket evaluations assist blanket fears. Add to this the image of the ‘fanatical Muslim terrorist’, and those brave men of the cricketing paddock quickly become whining cowards.

Shoulder-to-shoulder
The parochial mindset is a body of prejudice that is powerful because it is taken for granted. However, as of 2008 this evaluation scheme has become complicated. “India’s wealthy vault”, as the great Australian cricketer Ian Chappell calls it, has enabled that country to dominate the cricket scene in recent years. The unveiling of the Indian Premier League (IPL) extravaganza in April 2008 has since added to India’s clout. It is therefore not surprising that the Australian and South African players on the Rajasthan Royal squad playing in the IPL tournament ultimately decided to adhere to their contracts and play on in Jaipur and elsewhere in India after eight serial blasts rocked that city on 13 May 2008, leaving 63 dead and over 216 injured. This decision can be read as a case of true grit backed by better intelligence, in the wartime sense of the term.

It is the decision taken by the England and Wales Cricket Board in early December, however, that is more significant. After some initial dithering, its players returned to the cricket fray in India despite the attacks in Bombay and the (exaggerated) fear of similar attacks. That Indian cricket’s financial power is at the root of such fortitude is undeniable. But neither should one discount the influence of such considerations as those embodied in Prime Minister Brown’s intervention. In a statement following the Bombay attacks, Kevin Pietersen, England’s captain, said, “We’re going to demonstrate in India that we’re showing our support to play Test match cricket. I think it’s very important we go and rub shoulder to shoulder with the Indian people in their time of need.” The sentiment behind Pietersen’s statement is an excellent example of how to counter the current pervasive mindset of paranoia.

~ Michael Roberts is an adjunct associate professor of Anthropology at the University of Adelaide.