The total defeat of the LTTE has allowed the Sri Lankan government to ignore the political rights of the country’s ethnic minorities. 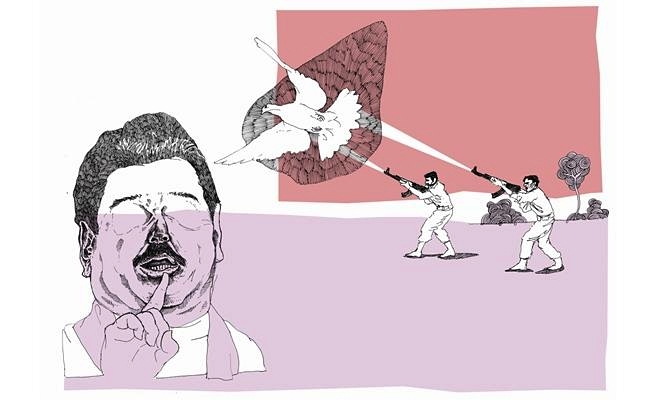 Three years after the Sri Lankan government successfully concluded its military campaign against the secessionist insurgency led by the Liberation Tigers of Tamil Eelam (LTTE), the country has done little to address the root causes of the ethnic conflict. Many in Sri Lanka and beyond believed that the end of the war would create new opportunities to devolve Colombo’s power and increase regional autonomy. However, political developments since May 2009 do not indicate any breakthrough in political reforms towards power-sharing with ethnic minorities. The debate on how to resolve the ethnic conflict has been reopened not to promote a constructive solution, but only to reproduce the conflict in new forms.

Earlier, the war and the LTTE threat were two important factors in the political balance of forces between the state and ethnic minorities. Those same factors also gave Sri Lanka’s ethnic minorities some bargaining power with the two main political parties – the United National Party (UNP) and the United People’s Freedom Alliance (UPFA). The end of the war has altered the equilibrium in the UPFA-led government’s favour. Leaders of most minority parties are aware of the new situation, and their new politics of pragmatism prioritises what they see as ‘developmental rights’ over political rights.

The Sri Lankan government now insists that there is no ethnic conflict in the country, and that the bloodshed of the past three decades was solely a ‘terrorist’ problem. Since it recognises no political dimension to the ethnic conflict, the government sees no need for a political solution, and instead focuses on rehabilitation, resettlement and economic development. By ascribing Tamil grievances to economic inequalities, the government’s nation-building project now focuses on the economic integration of the North and East with the rest of the country.

The current Rajapaksa government has a very particular understanding of how that integration should be implemented. The post-war discourse on state reform looks to consolidate the unitary state and further centralise power as part of the state’s peace-building economic program.

The current administration has ideological objections to solving the Sinhala-Tamil ethnic conflict by decentralising power. President Rajapaksa has clearly stated his preference for “home grown solutions to [Sri Lanka’s] domestic problems,” implying that the devolution of power – which Western countries continue to advocate and which India more or less forced upon the Jayewardene government in 1987 through the 13th Amendment to the Sri Lankan Constitution – is not a valid option.

Rajapaksa knows that he and UPFA government were elected by an essentially Sinhalese electorate which has little interest in devolution. Political gossip in Colombo has it that Rajapaksa openly expresses his displeasure with the voting behaviour of Tamils and Muslims. At the last presidential, parliamentary and local government elections, most Tamil and Muslim votes went to ethnic parties and the opposition UNP. This makes resolving Sri Lanka’s ethnic problem even more difficult, as any solution must be acceptable to the Sinhalese majority, yet their entrenched scepticism about sharing power with the Tamils is only reinforced at each election campaign by political parties that continue to exploit ethnic distrust for their own political ends.

Still, in response to international pressure – primarily from the US, EU, India and Canada – the government has held discussions with the Tamil National Alliance (TNA) about a political solution. That dialogue began in 2010 but, hampered by a lack of clarity on the government’s position and the UPFA’s deep distrust of the TNA, has produced no result so far. The government has also indicated that it will not devolve control over land and forests, which has been a key TNA demand. The 13th Amendment officially gives provincial governments police powers and limited powers over land, yet the government has not implemented those provisions, arguing that doing so would encourage secession and threaten the sovereignty of the state. Rajapaksa has disparaged the TNA’s claims to land and police powers as demands which “the LTTE has been asking for”. Many in the government think that the TNA is trying to obtain through peaceful means – and with the backing of India and the West – what the LTTE failed to secure by military means over three decades.

Buying agreement
The on-going debate on devolution highlights the Sri Lankan ethnic elite’s continuing inability to compromise in what they see as a zero-sum game. While the TNA asks for ‘Thirteenth Amendment Plus’ – implying even more regional autonomy than is guaranteed by the 13th Amendment – the government stands by ‘Thirteenth Amendment Minus’, which would mean devolving some power to provincial councils, but retaining control over land and policing.

The TNA’s stance is rooted in its ideological and political inheritance. The party represents the political aspirations of the Tamil ‘nation’, which it believes deserves regional autonomy within a federal framework. Even during war, the TNA and its predecessor, the Tamil United Liberation Front (TULF), advocated a federalist alternative both to the state’s demands for a unitary Sri Lankan state and to LTTE demands for a separate Tamil state. But the complete defeat of the LTTE has changed the government’s view of the 13th Amendment. During the brutal LTTE insurgency, granting any regional autonomy to the Tamils was seen as dangerous and foolish. With the LTTE crushed, regional autonomy for the Tamils is seen as unnecessary and irrelevant.

Pragmatically, most of the minority parties now see collaborating with the ruling coalition as the best way to secure development for their communities. It is clear that whatever devolution might come about, the provincial council system will continue to operate under the tight grip of the Centre. Minority parties need access to public office and resources to maintain their clientalist politics, and this largely explains their current allegiances and their capitulation on demands for political rights and greater devolution. Paradoxically, though the UPFA government completely rejects a consociational programme of ethnic conflict management, the present administration has the appearance of a proto-consociational coalition since it includes representatives from most of the Sinhalese, Tamil and Muslim parties.

Even the defiant TNA appears to be quite aware of the weakened bargaining position of minority parties, since it has had to mobilise foreign support for a political solution in order to exert any pressure on the Sri Lankan government. The TNA has also repeatedly criticised the Sri Lankan government’s lack of accountability over alleged violations of human rights and humanitarian law during the last stages of the war, again prompting some critics to accuse the party of promoting a ‘Western’ agenda at the expense of the actual needs of the Tamil people on the ground. In its reliance on external actors, the TNA could well be leading itself into a political trap from which there is no easy escape. Meanwhile, despite a number of meetings between the two sides in 2011, the chasm of distrust separating the UPFA and the TNA continues to widen.

The current political impasse suggests that Sri Lanka’s ethnic conflict is far from over; the conflict endures due to major structural faults of the state, and is re-emerging in a new form. So far as economic development continues to overshadow political reforms and the debate on devolution, Sri Lanka will get no closer to becoming a pluralistic state. The current government would do best to set up political structures that can deal with the ethnic conflict through accommodation and compromise rather than through state violence and internal war. Yet even after three decades of war the UPFA has still not learned the crucial lesson that a reformed state is the best guarantee against demands for secession.

~ Jayadeva Uyangoda is a Professor of Political Science at the University of Colombo, Sri Lanka, and co-editor of Polity, published in Colombo.